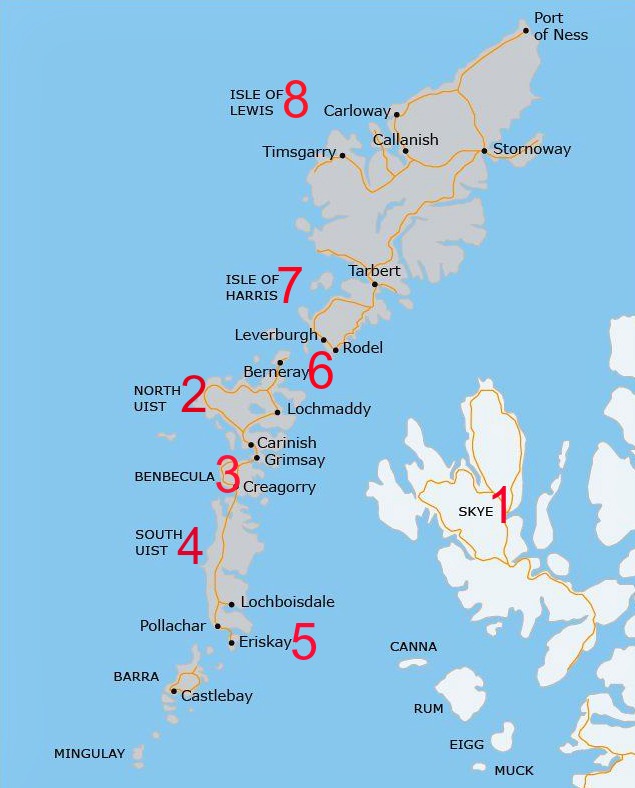 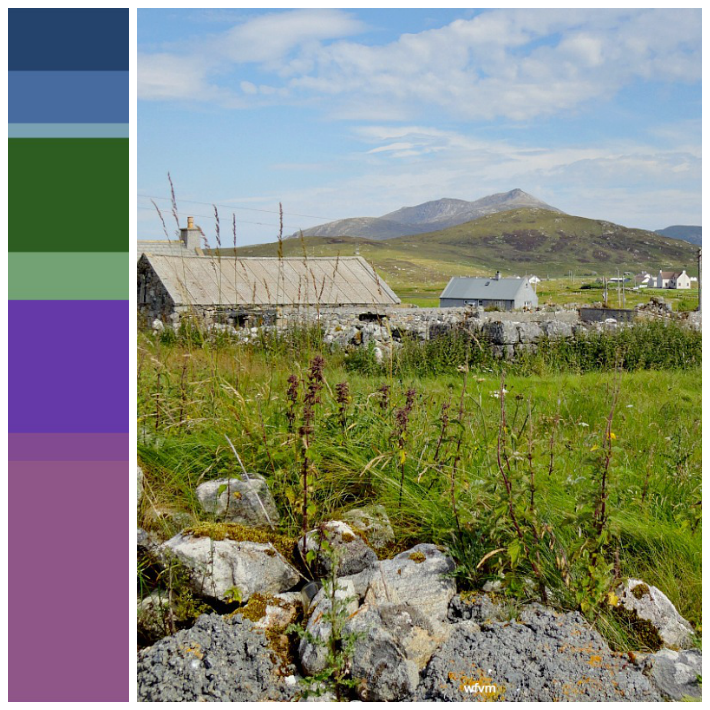 These islands are relatively flat in comparison with Skye and the northern Western Isles but wherever you are, distant mountains feature somewhere on the horizon. The islands stretch across the rim of the North Atlantic like a huge breakwater being home to a large variety of seabirds, seals, otters, dolphins, and whales. 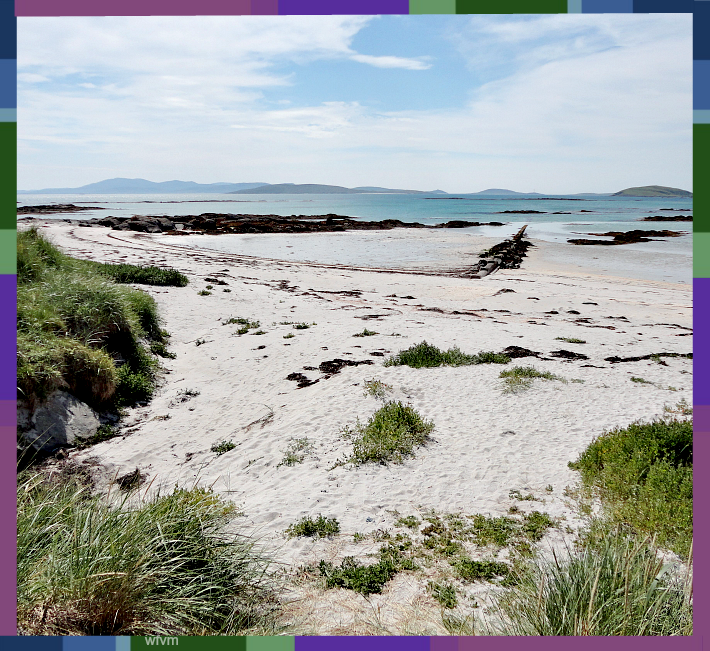 This archipelago of islands features lots of fresh water lochs covered in small wild white water lilies, the roots of which supply a brown colouring to dye the wool used in Harris tweed cloth.

Around the coast are sea water lochs which penetrate for several miles inland. These are lined with amber coloured sea kelp which the Crofters gather and mix with cattle dung to fertilise the land. 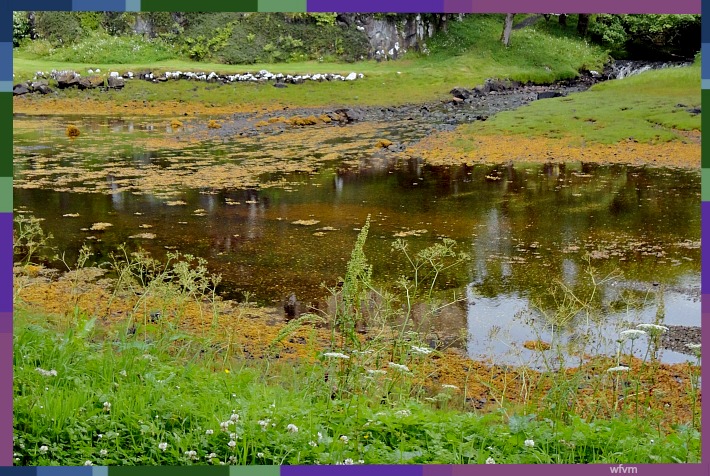 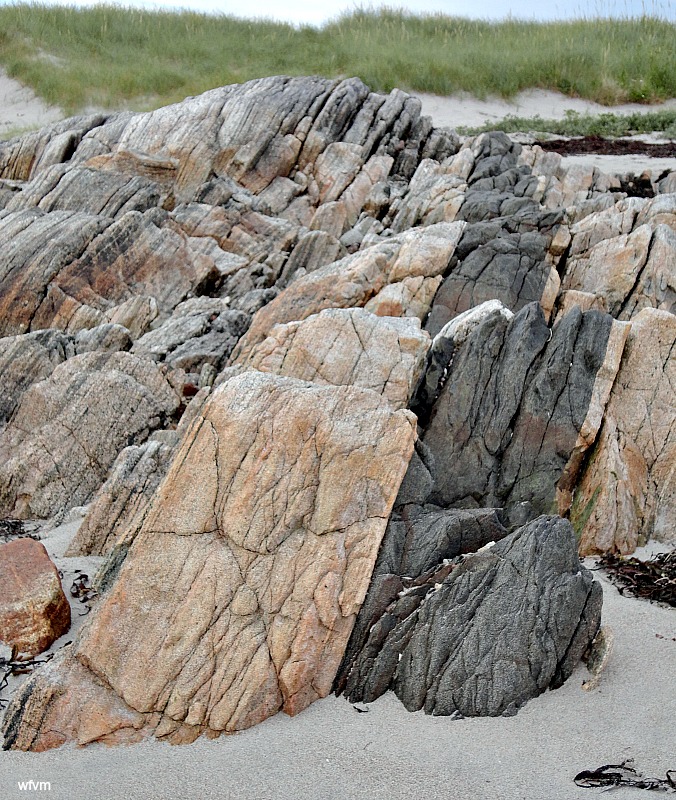 The area behind the dunes is called the Machair - a rare bio diverse coastal grassland with a total global area of just 19,000 hectares - 70% of which occurs in this Western Scottish area. Machair forms when sand with a very high shell content is blown landwards by prevailing westerly winds, creating a fertile low lying plain. Shell sand is calcareous - lime rich. It sweetens the peaty soil of the islands while facilitating drainage and warming in the spring. Although bleak through the dark winter months, the Machair is transformed during late spring and summer with the coming of the long hours of daylight into a spectacular floral display alive with insects and birds. 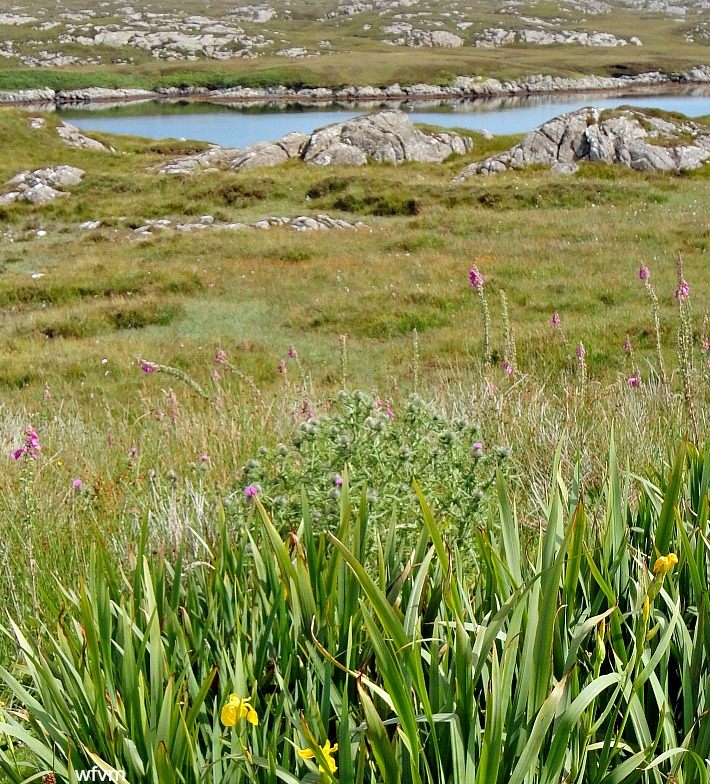 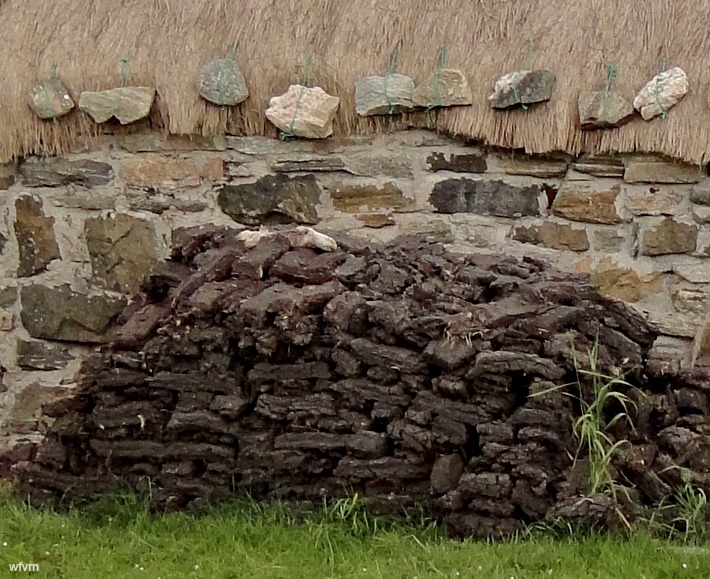 The crofters show a determined resilience by making full use of what nature supplies. For generations they have cut peat to warm their homes through the cold dark winter months. Timing and duration of the peat season is weather dependent but tends to begin in April with turfing - the removal of the first few mossy, heathery inches. Cutting the actual peat begins in May, and the skilled knowledge of how to cut and stack is handed down from generation to generation. Once drying is completed the stacks outside the home resemble upturned boats. 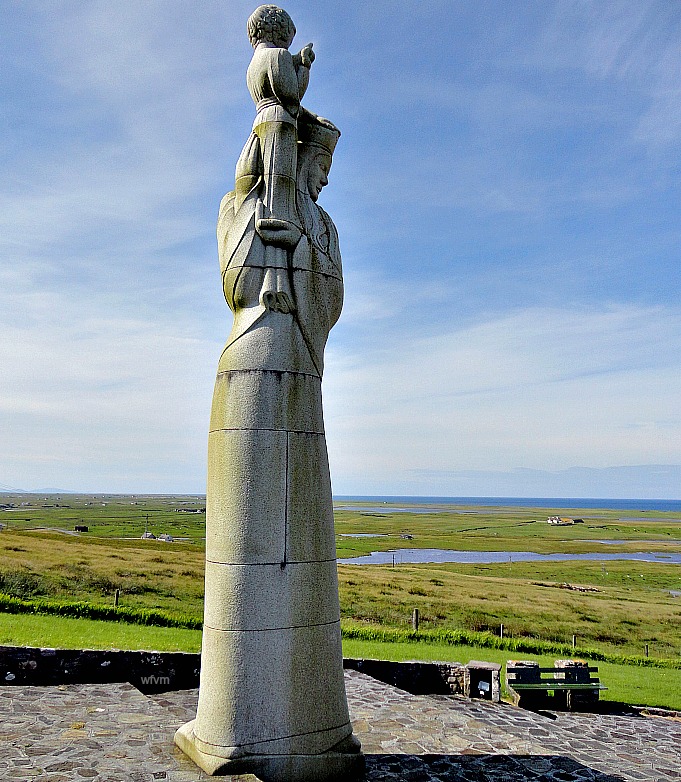 The islands are predominantly either Roman Catholic or Presbyterian. South Uist and Barra being the last remnant of native pre-reformation Scottish Catholicism, and the islands of Lewis and Harris are dominated by the Calvinist 'free church', they have been described as the last bastion of Sabbath observance in the UK.
Gaelic is the spoken language, although in a few areas English speakers form a majority. 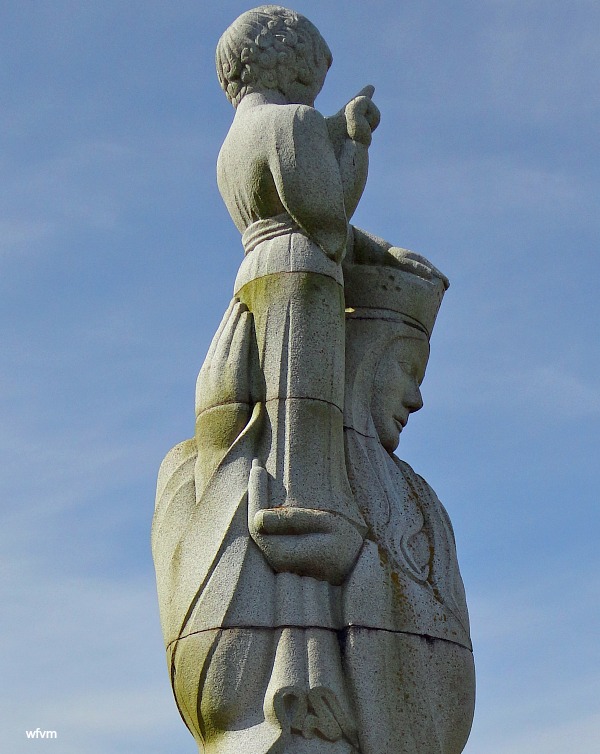 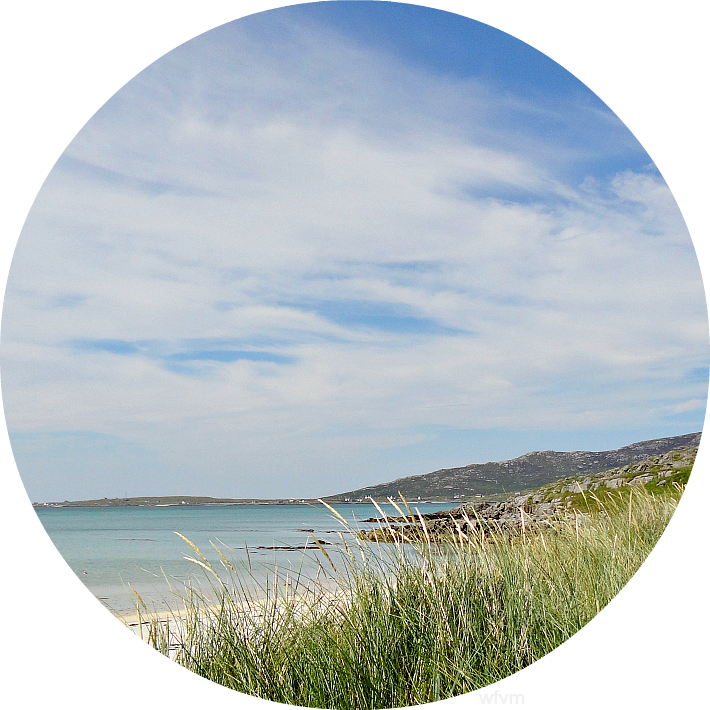 A recently opened causeway now links Eriskay to South Uist - this beach on Eriskay is where Bonnie Prince Charlie came ashore on the 23rd July 1745, almost 269 years to the day that we too stood on this beach - it was his last attempt to reinstate the Stuart dynasty.

the hills on the island of Barra
When I first began blogging I did a post which explains the reasons why we would have liked to visit Barra which I will show next time
Posted by Rosemary at 10:02