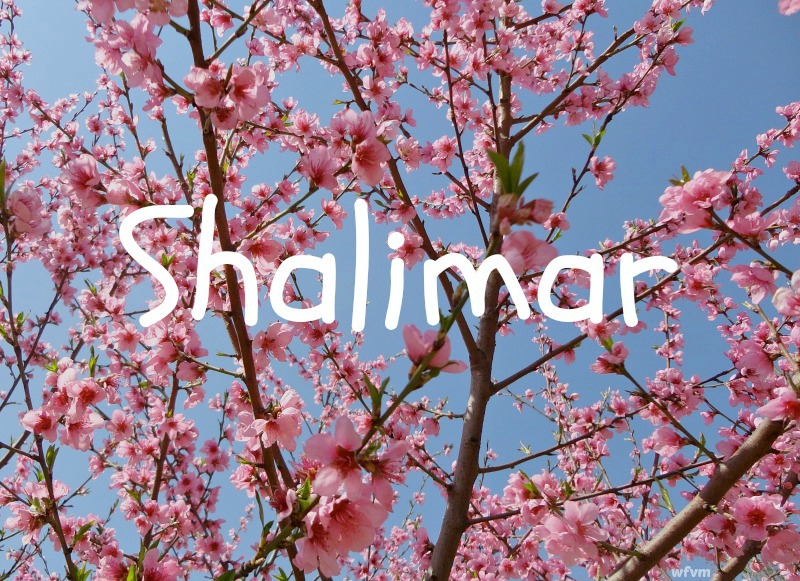 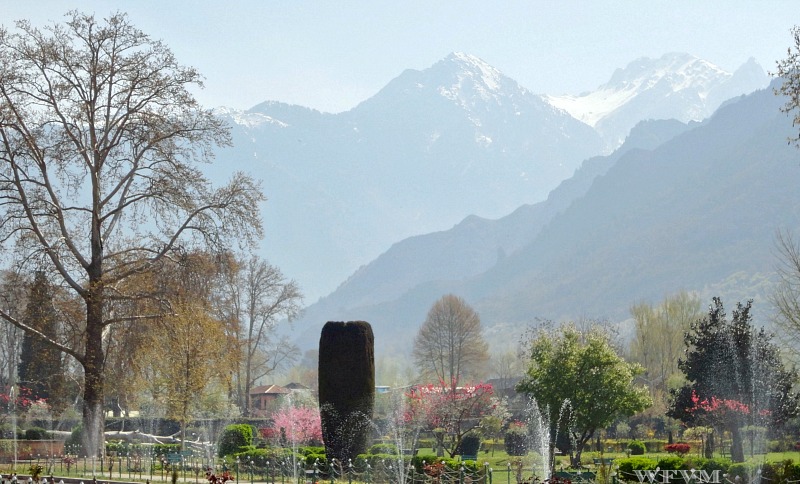 A garden of waterways, fountains and marble pavilions with a Himalayan snow capped backdrop 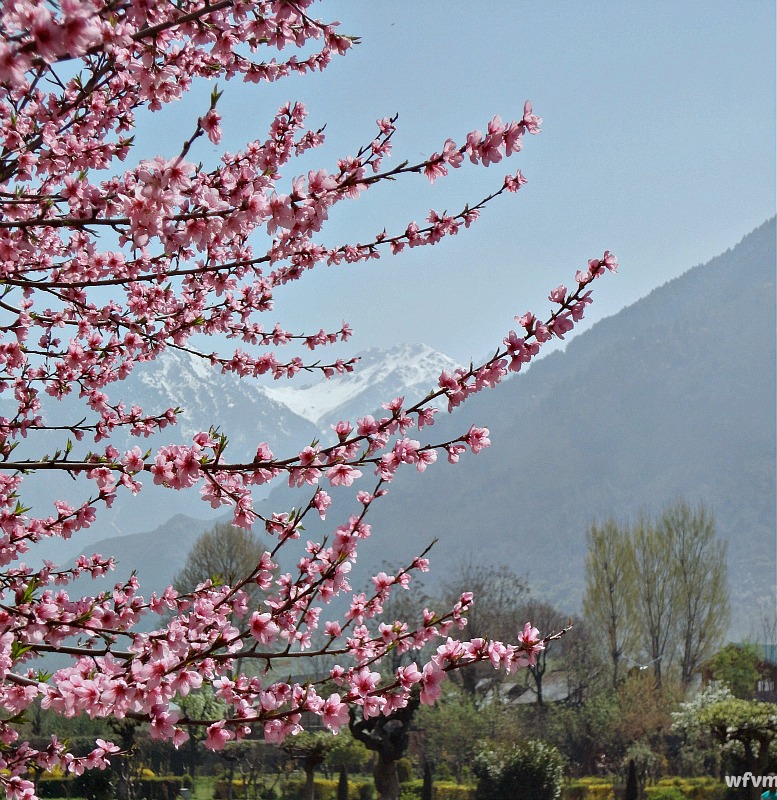 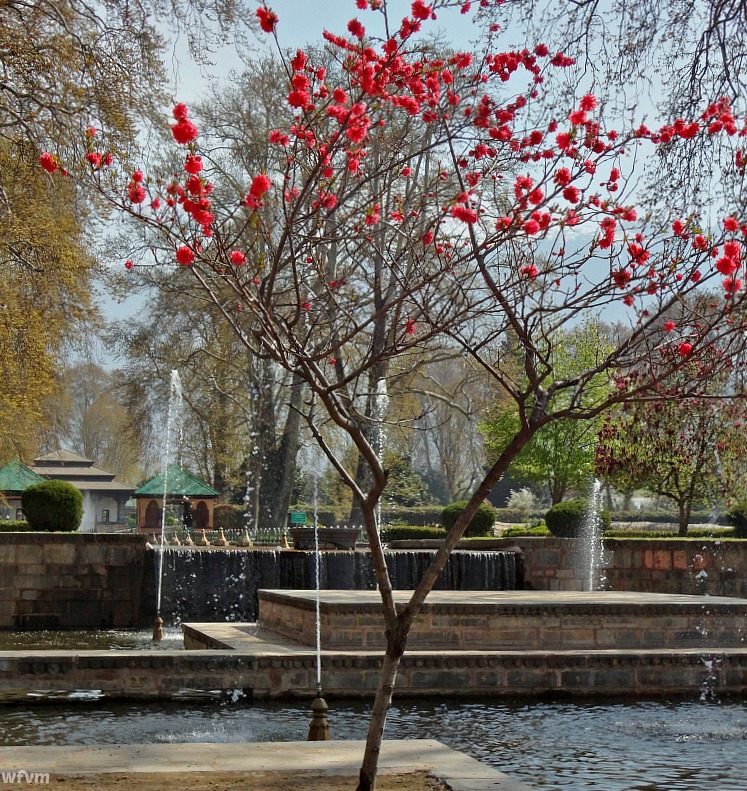 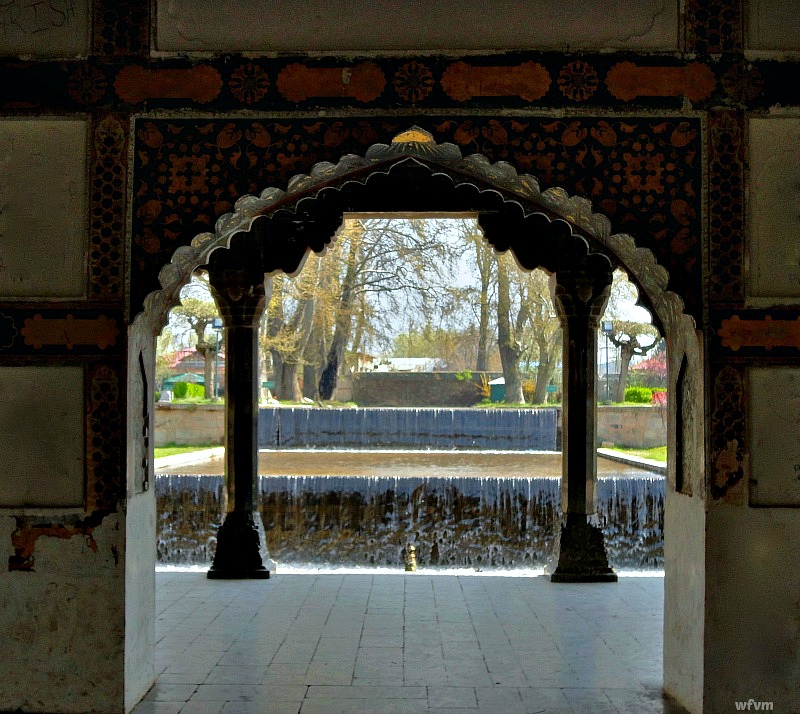 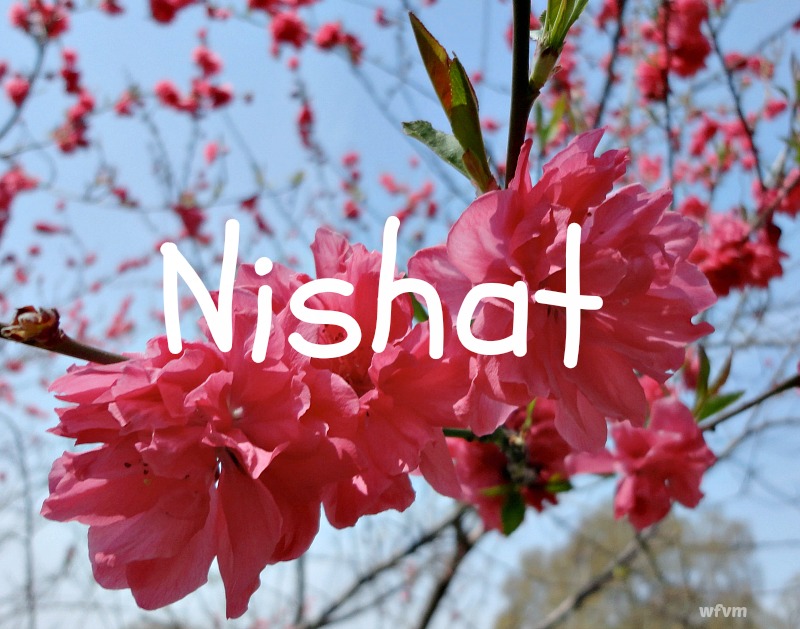 Nishat is a terraced garden built in 1633 by ruler Asif Khan with descending water courses running down to Dal Lake. The garden originally had 12 water terraces representing 12 zodiacal signs in keeping with the concepts of a Persian garden. Due to road building around Dal Lake the garden has now lost 3 of its original water terraces. 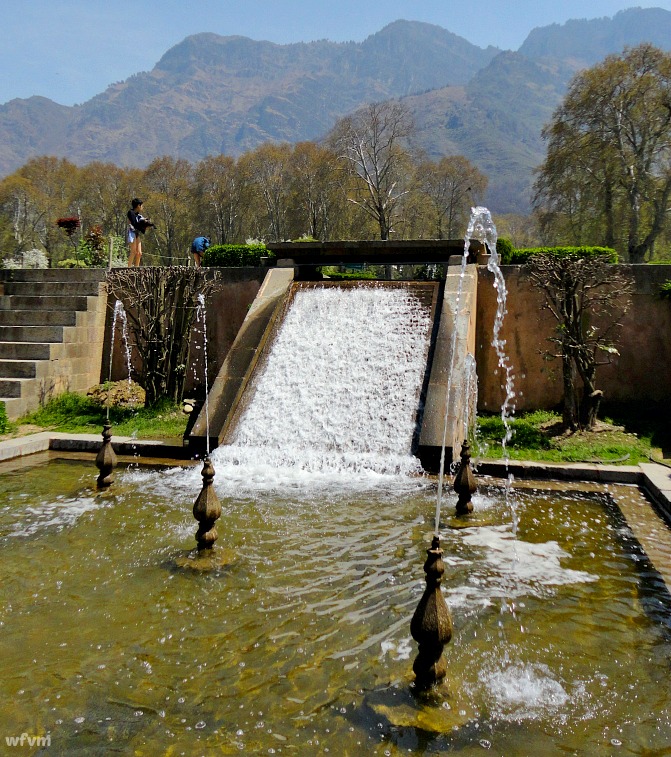 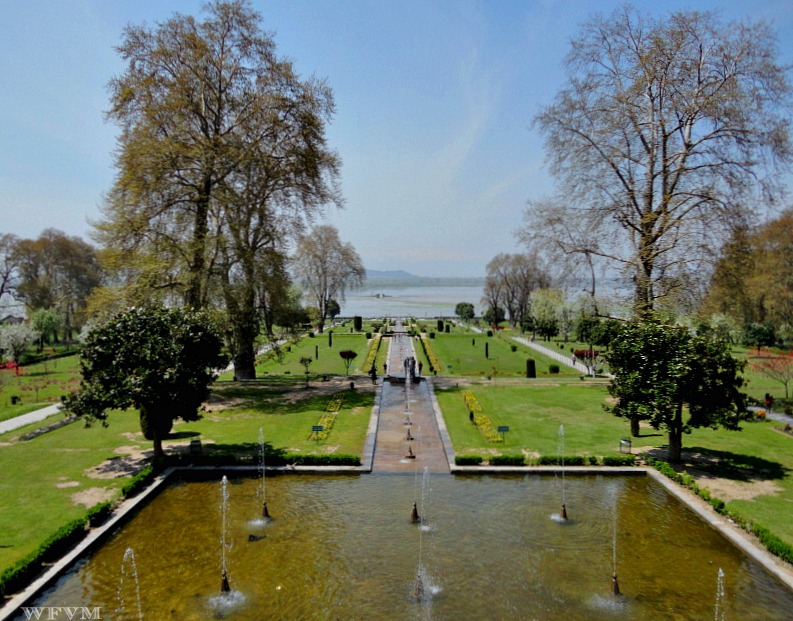 and views down to Dal Lake 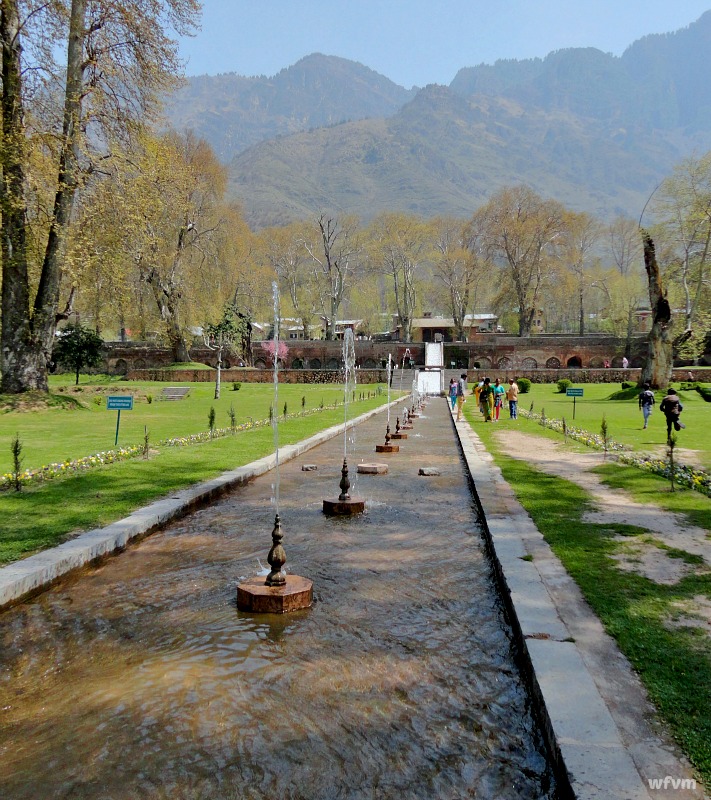 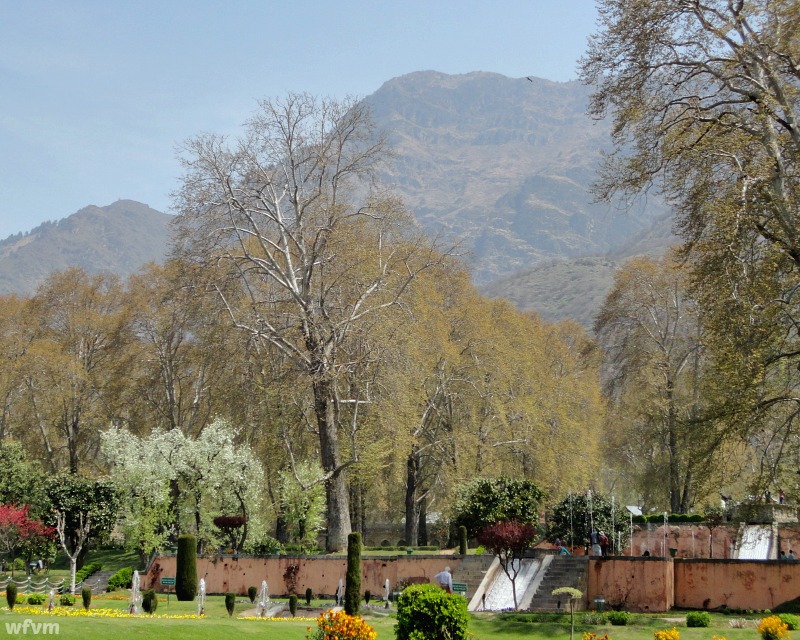 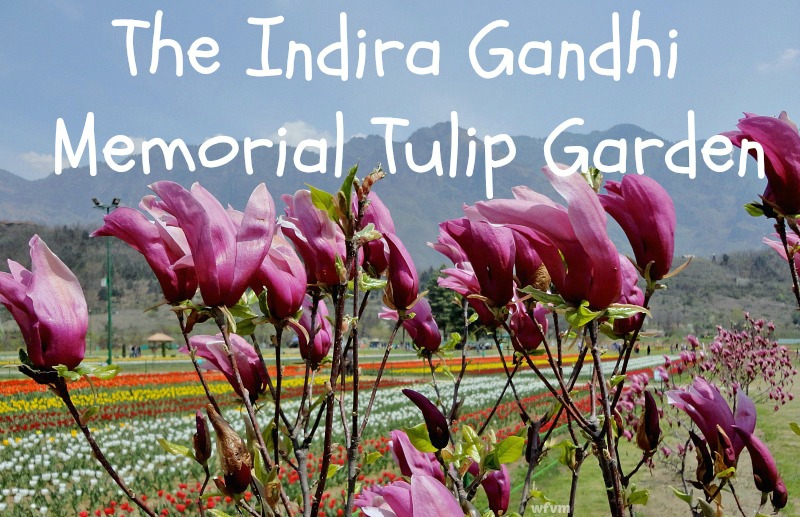 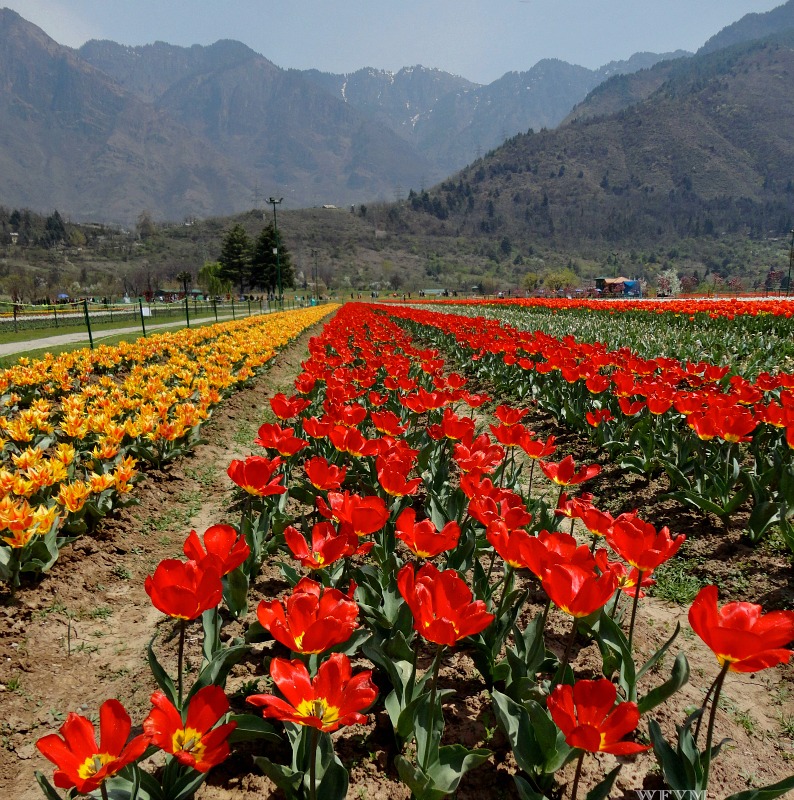 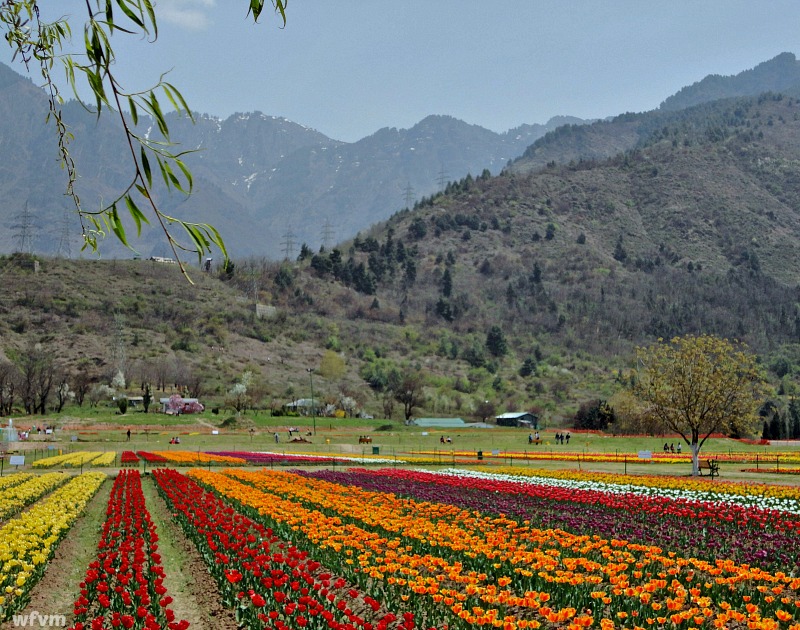 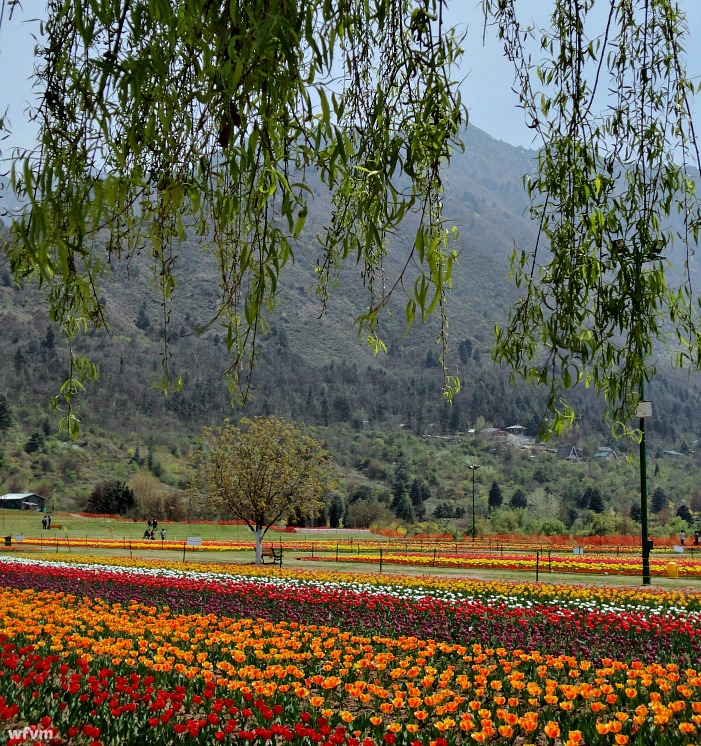 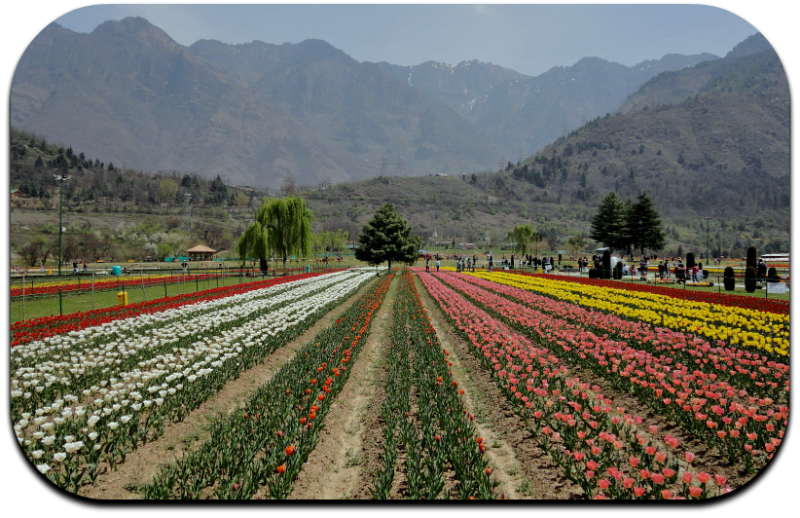 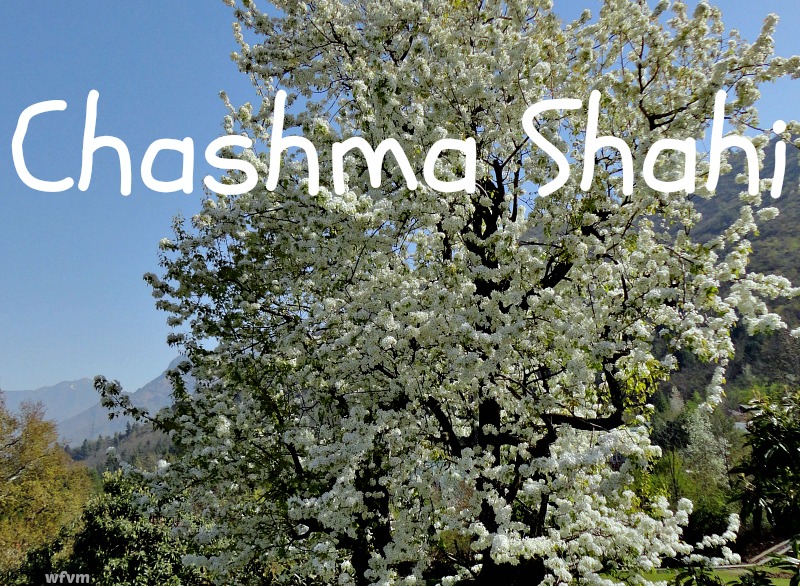 Chashma Shahi is the smallest of the Mughal gardens and was commissioned by Emperor Shah Jahan for his eldest son, Dara Sikoh. If you have read my other posts you may recall that Shah Jahan was the Emperor who built the Taj Mahal, and was detained by one of his sons in the Red Fort at Agra 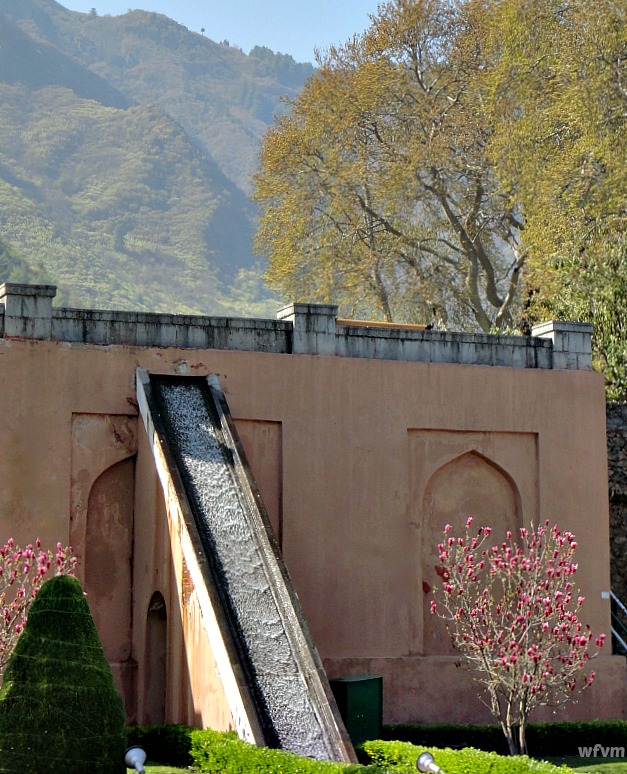 This garden is higher up in the Zabarwan Mountains 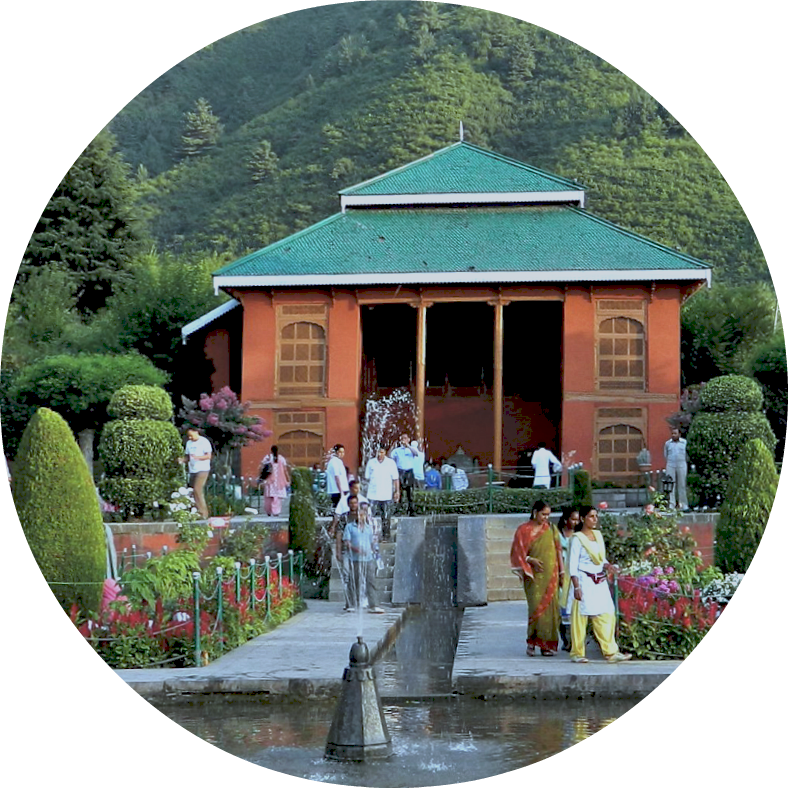 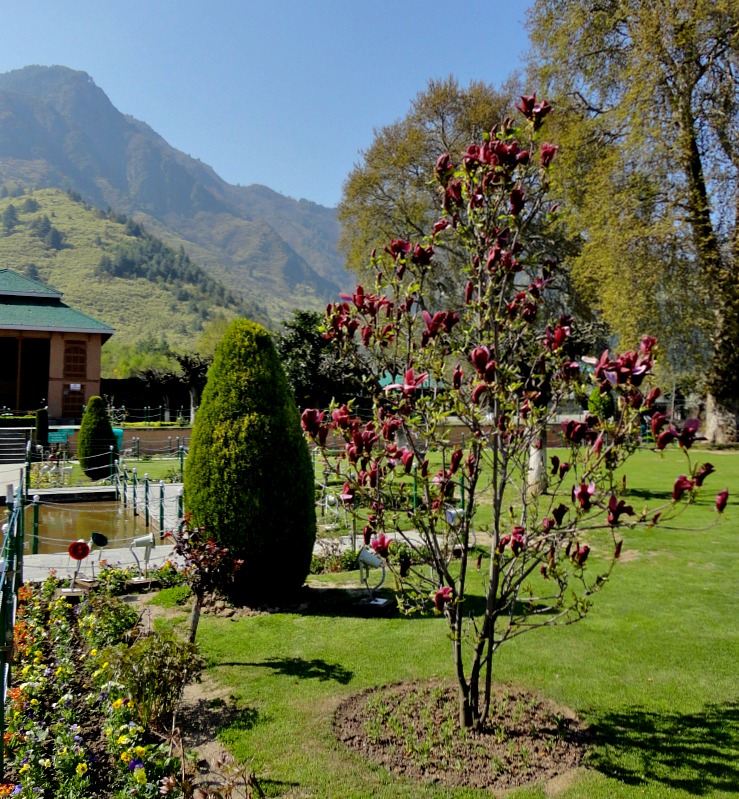 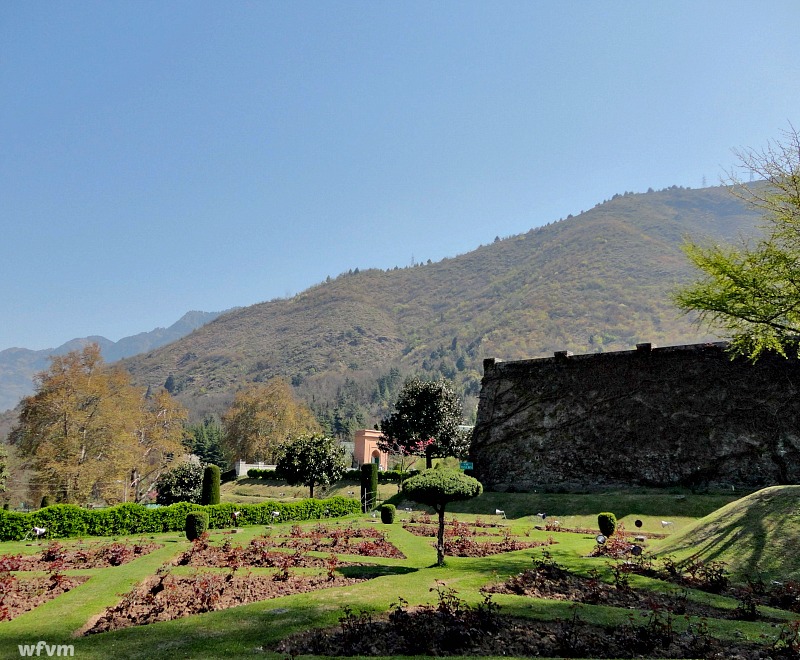 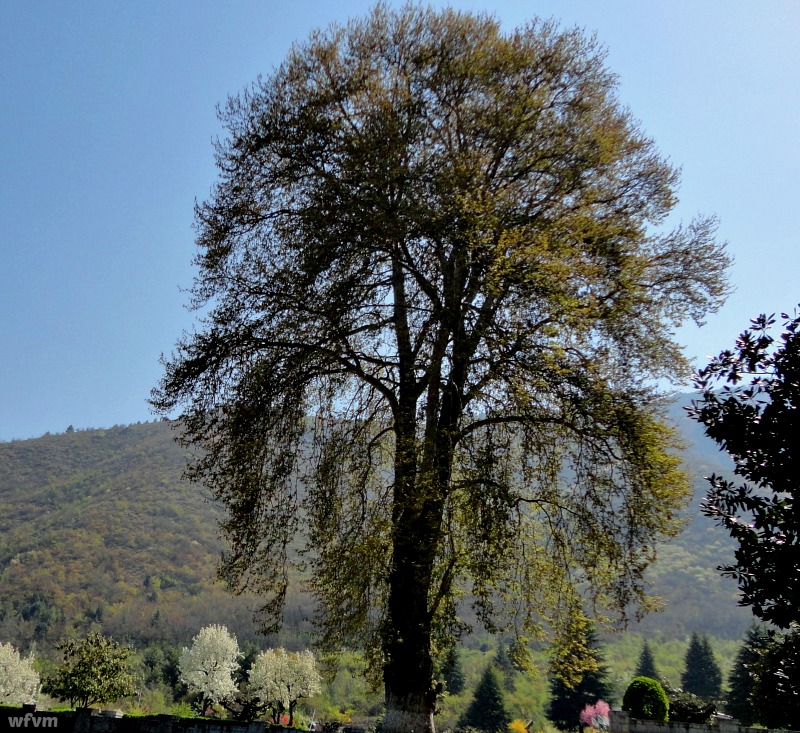 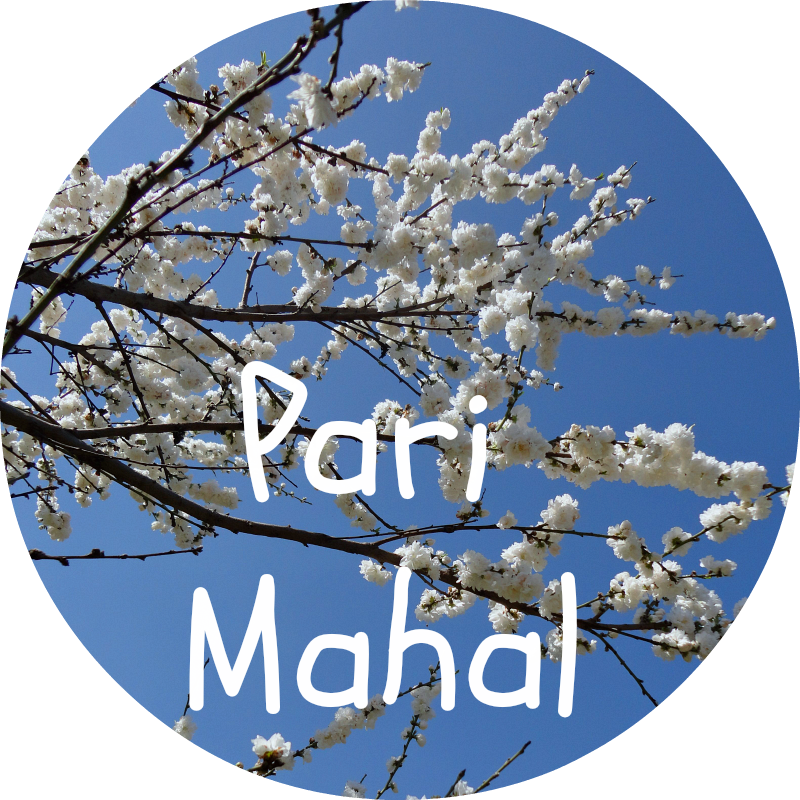 Pari Mahal meaning 'Fairies Abode' is the highest mountain garden with terraces and magnificent views. It was commissioned by the Emperor's eldest son Dara Sikoh in 1650, the owner of the previous garden. He followed the Qadiri order of Sufi Islam and had this garden made for his tutor who used it as an observatory for teaching astronomy. 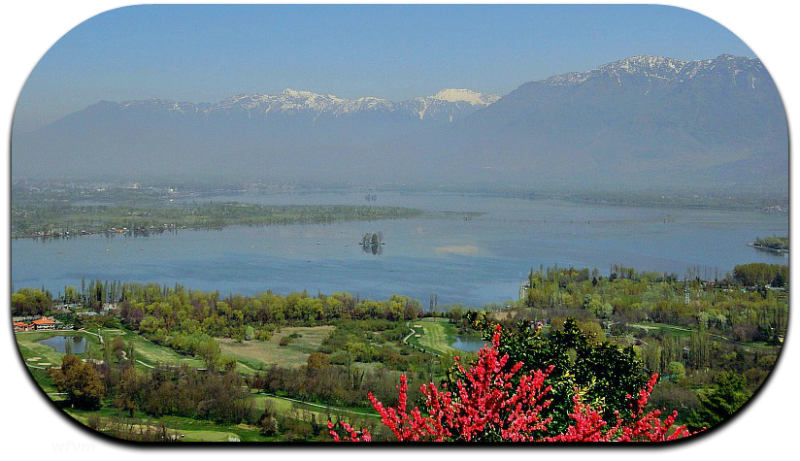 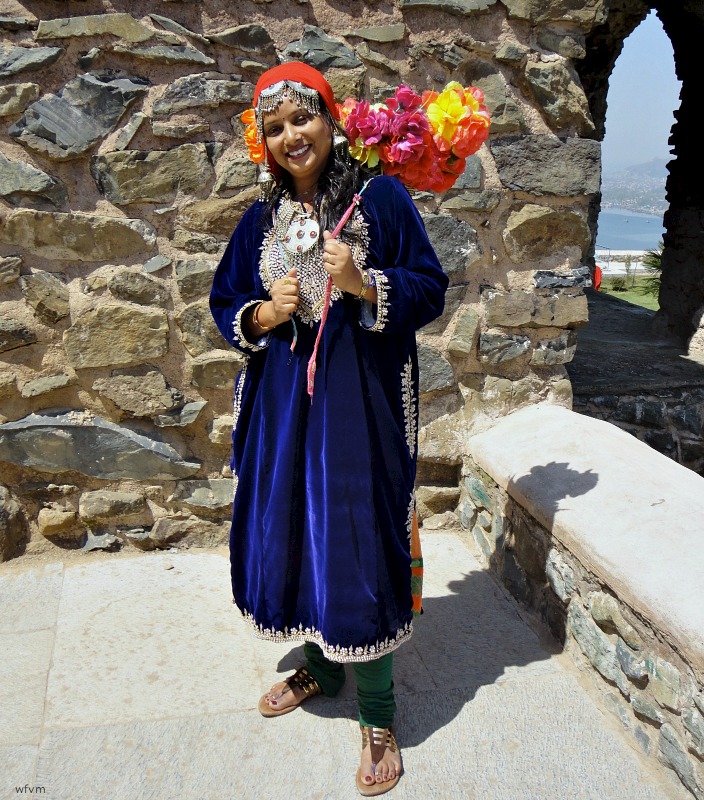 I took few photographs in this garden as I was waylaid by this lovely lady and her family.  We spent time talking, and ended up photographing each other. 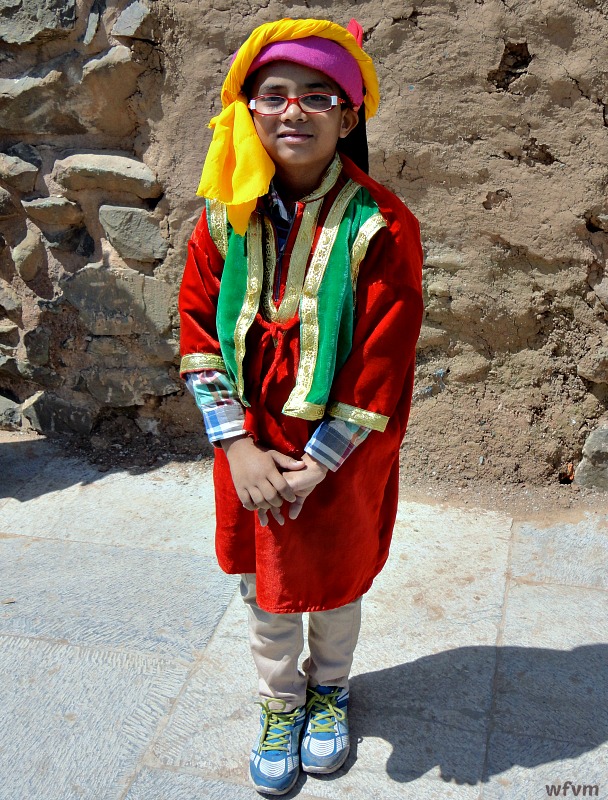 It is in this garden that I finally discovered the story surrounding Emperor Shah Jahan's detention by his son at the Red Fort in Agra.
The Emperor's eldest son, Dara Sikoh, was an intellectual who patronised the fine arts, music and dancing. He was seen as a heretic in the eyes of his younger orthodox brother Aurangzeb who detained his father, the Emperor Shah Jahan, in the Red Fort. Aurangzeb had his brother Dara murdered leaving the way clear for him to ascend the throne following his father's death.  It is now widely acknowledged that Aurangzeb was responsible for the eventual downfall of the Mughal Empire. 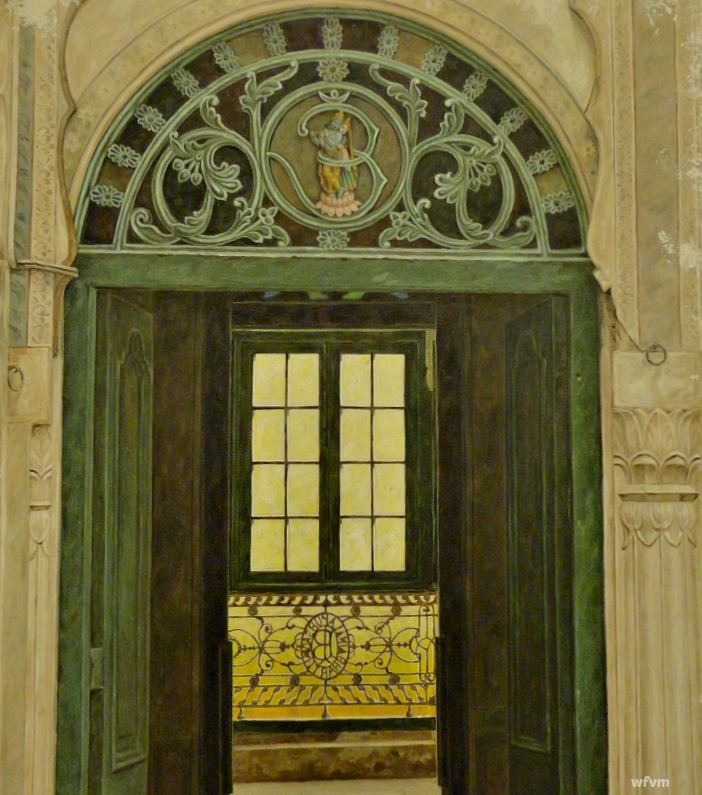 It is time to shut the door on India, not completely, I'm leaving it ajar in case I return one day! I do regret that I did not purchase myself one of the exquisite handwoven Kashmir shawls. Given another opportunity, a shawl will definitely return home with me! 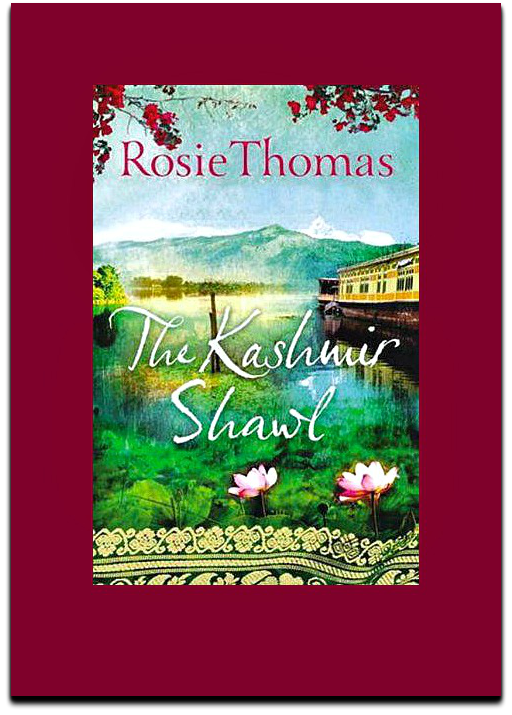 I have just been reading The Kashmir Shawl which features Dal Lake, Srinagar, and a houseboat similar to the one we stayed on - it is a good read
Since writing this post I have treated myself to a new camera
Posted by Rosemary at 12:02