Srinagar and its Traditional Crafts 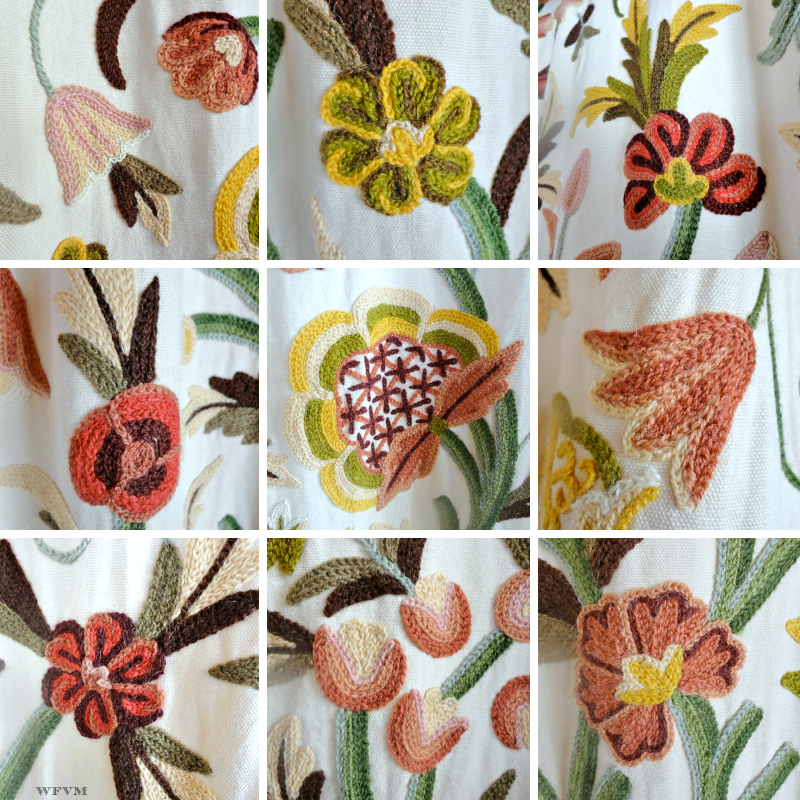 Hand embroidered Kashmiri Crewel work is a very long standing traditional craft in Srinagar. It is very similar to that seen in England commonly used during the Jacobean period for bed and wall hangings, and on the clothing worn by the rich. The Bayeux Tapestry was also made using hand embroidered crewel work. Crewel work was reintroduced in England by Wm Morris during the Arts and Crafts period, and it experienced another revival during the 1960s. The Crewel embroidery style and designs are thought to have travelled from Persia (Iran) to Kashmir then to Egypt, Greece and Rome, before travelling to England during the Roman conquest.
I wrote a post here about the actual origins of the generic term 'Paisley' in connection with Kashmiri shawls and stoles but never imaged that one day I would visit Kashmir. 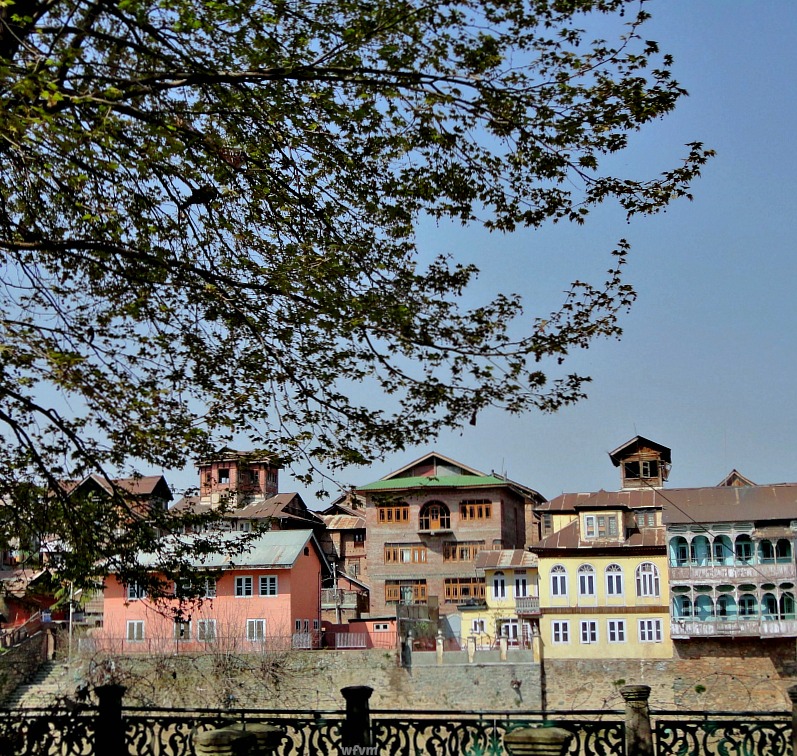 For 20 years, until 2012, Srinagar and Jammu have been closed areas to British visitors. Srinagar is Kashmir's summer capital, their winter capital being Jammu. Travel was not permitted by the British Foreign Office due to Kashmirs position next to several borders of unrest and conflict - Pakistan, China/Tibet and Afghanistan. Although others can travel up into the mountains, for us, it is still not permitted by our government. 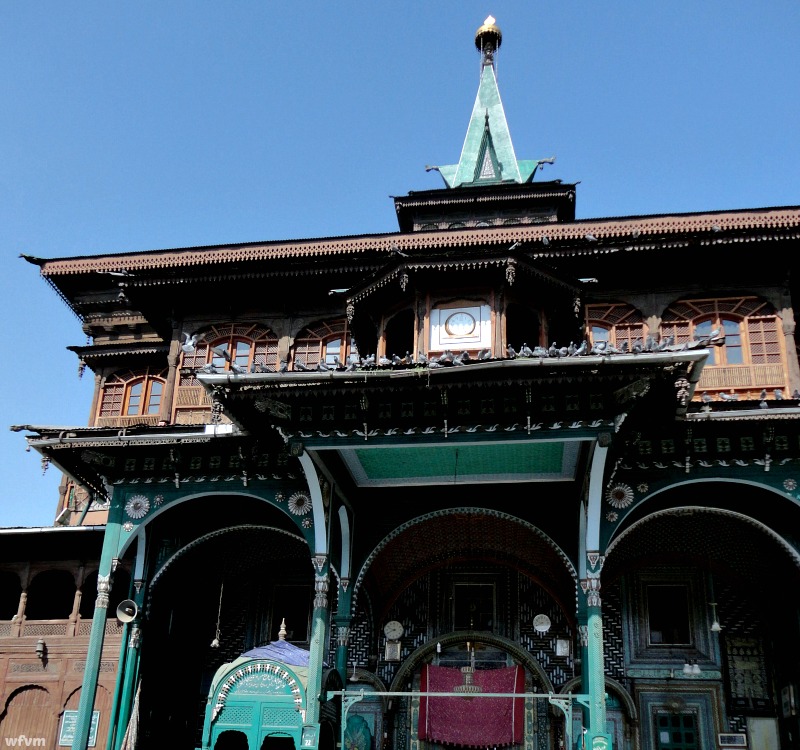 Shah Hamdan is a richly coloured beautiful old Srinagar Mosque made of wood, built in 1400 with a distinctly Nepalese feel to it. Non Muslims are not allowed inside but we were permitted to take photographs through the grills 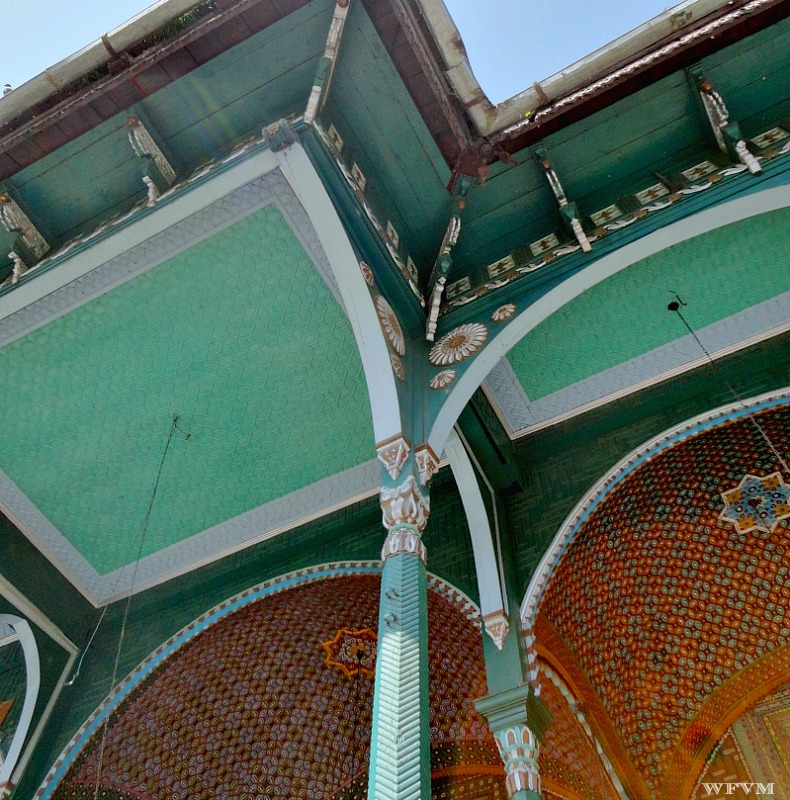 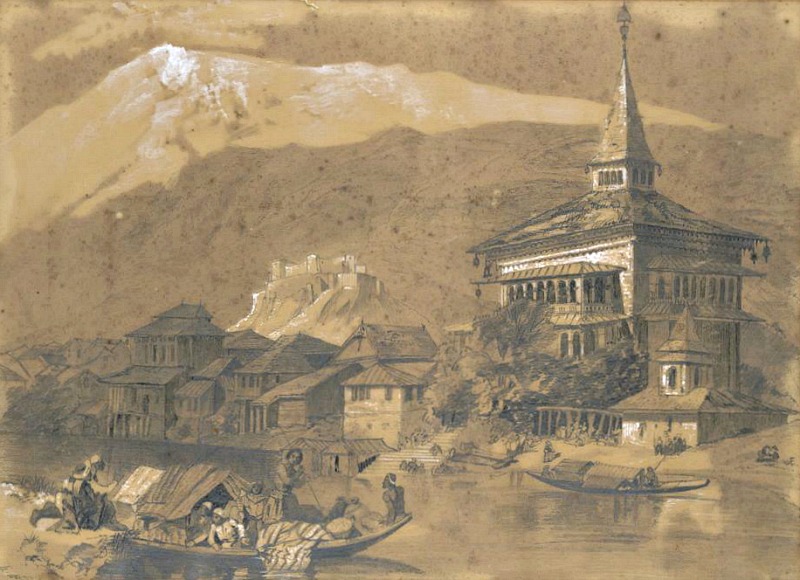 An old lithograph of Shah Hamdan Mosque dated 1847
via 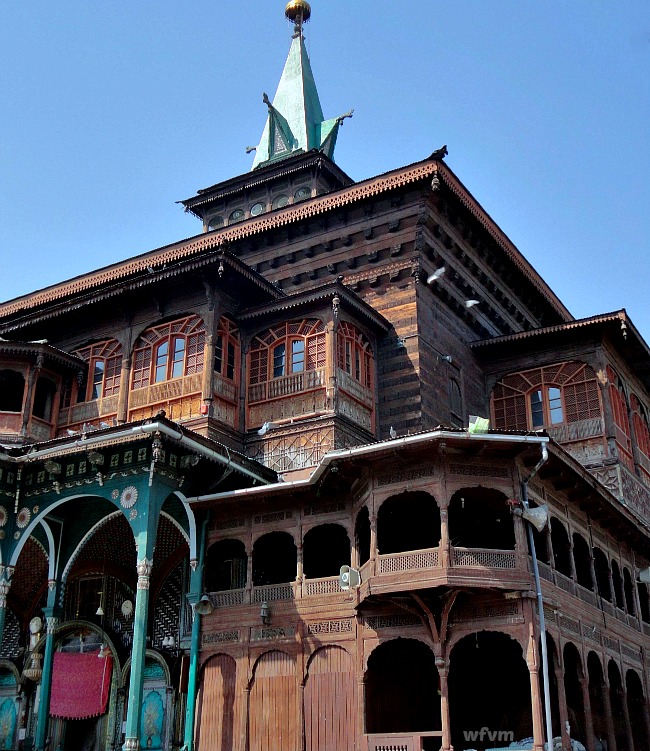 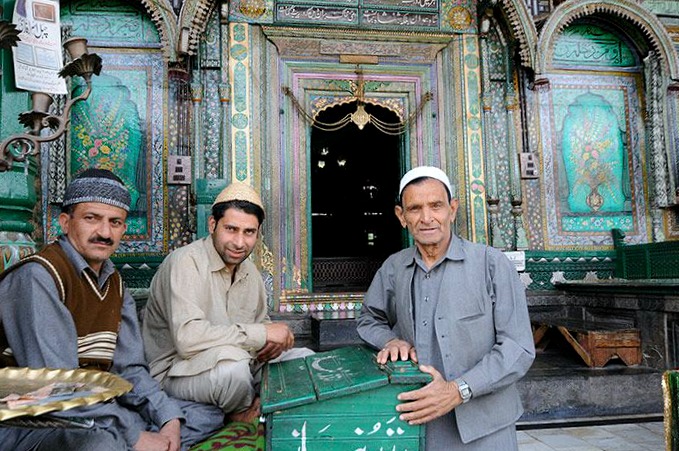 via
Mosque Chowkidars (watchmen)
The Mughal emperors who ruled India for nearly 300 years arrived in 1346 from Samarkand, Uzbekistan and Central Asia. They greatly favoured the Persian art of Papier-mâché and introduced the craft to Kashmir - a rich tradition of craftsmanship which continues today 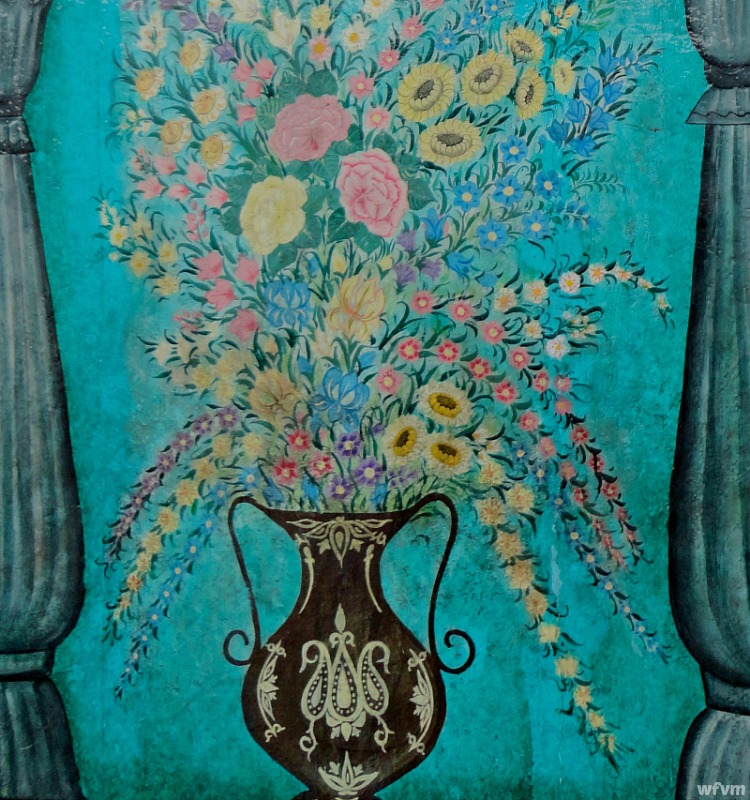 I have looked up the history of Papier-mâché and believe that Shah Hamdan Mosque in Srinagar is unique. It is possibly the only building in the world to be covered with Papier-mâché both inside and out. 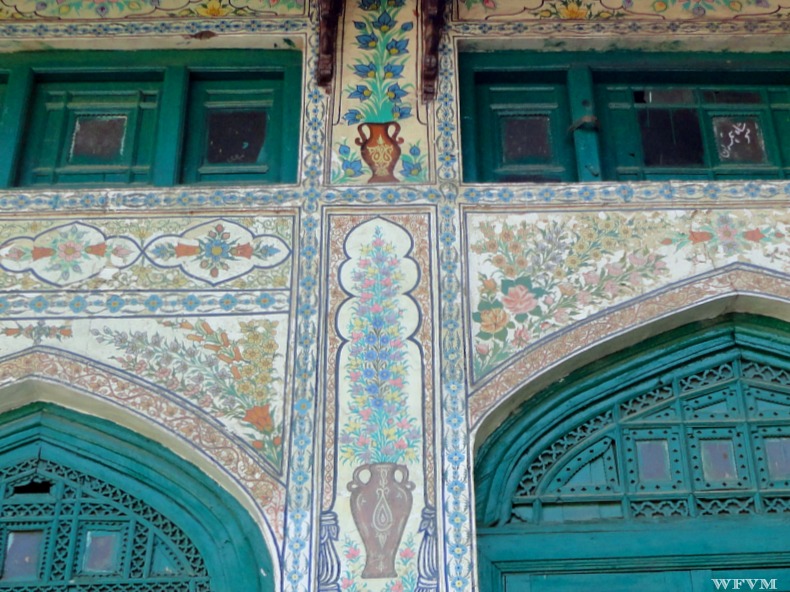 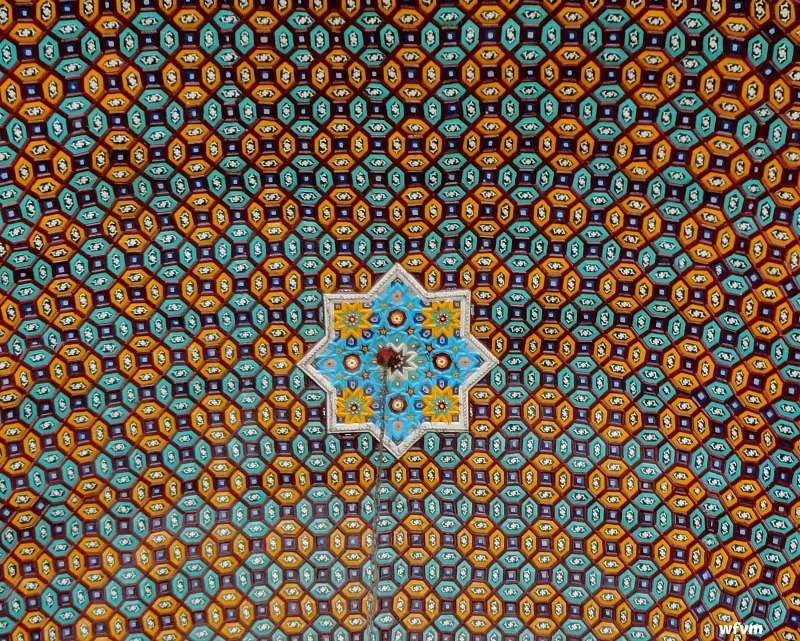 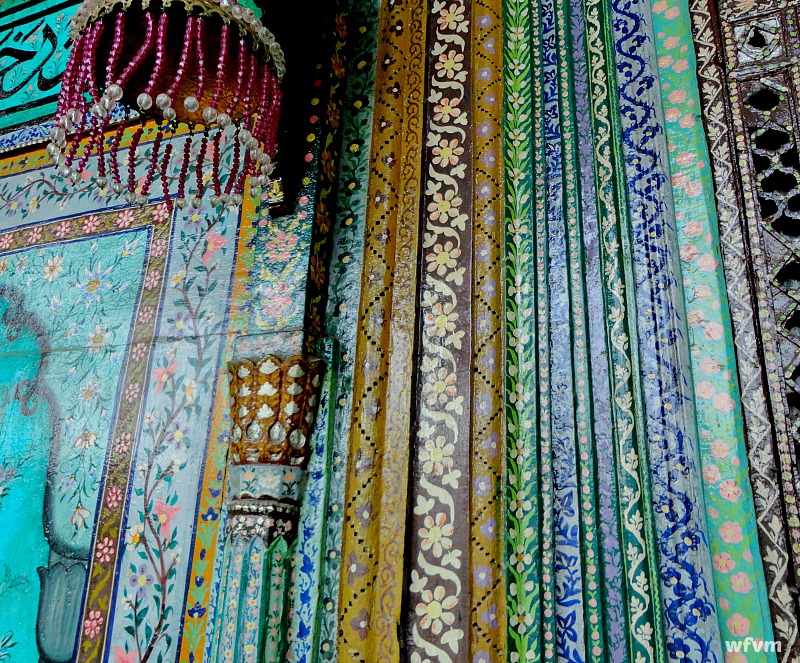 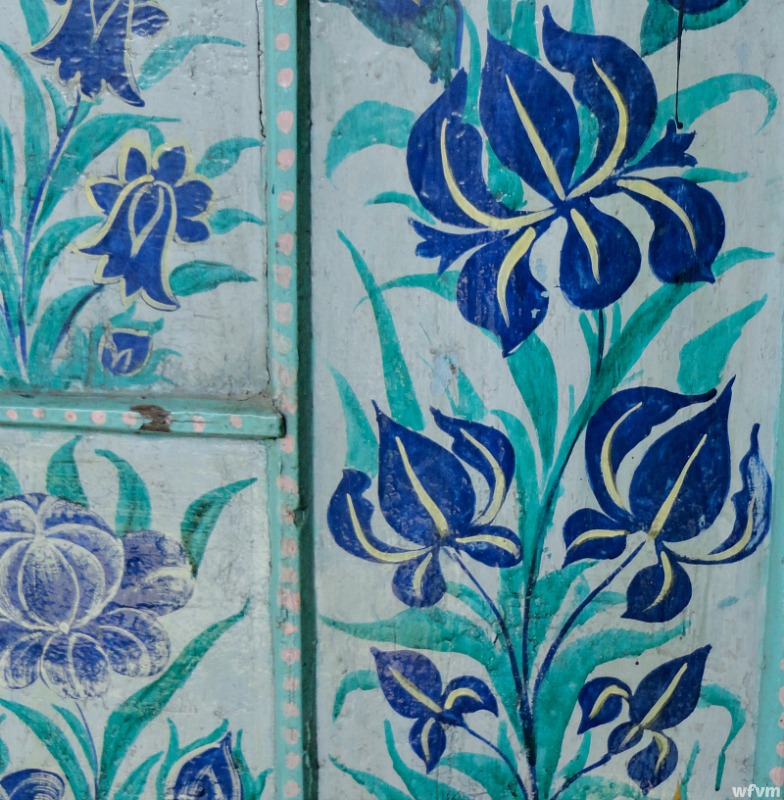 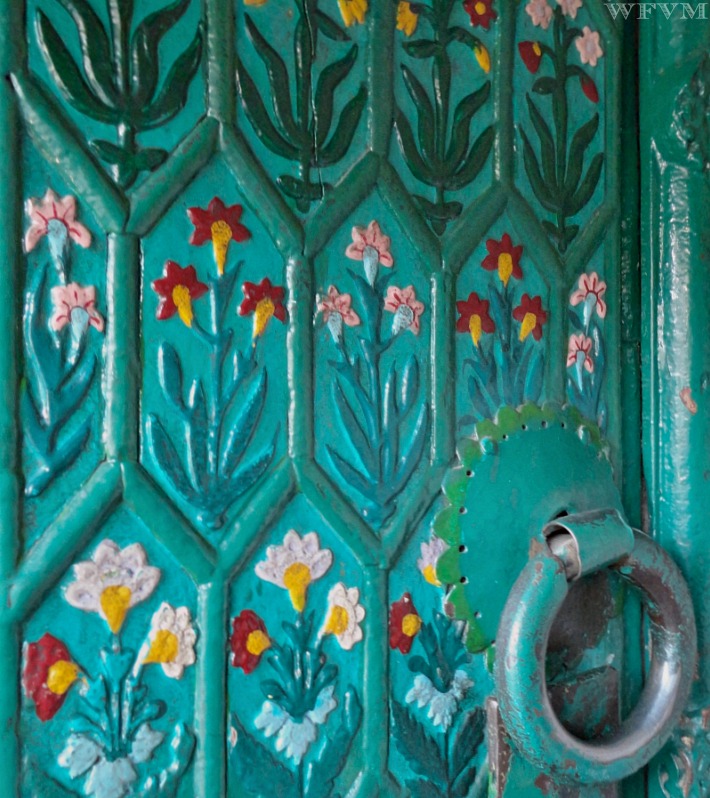 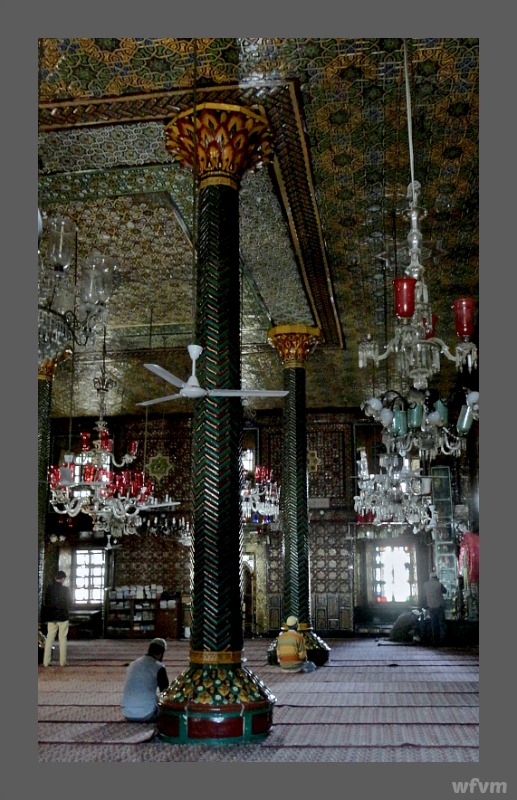 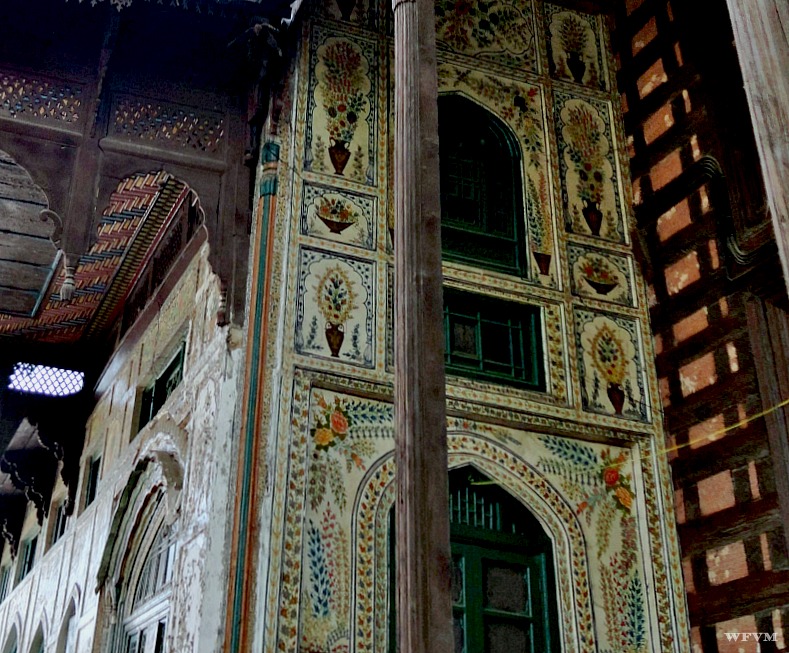 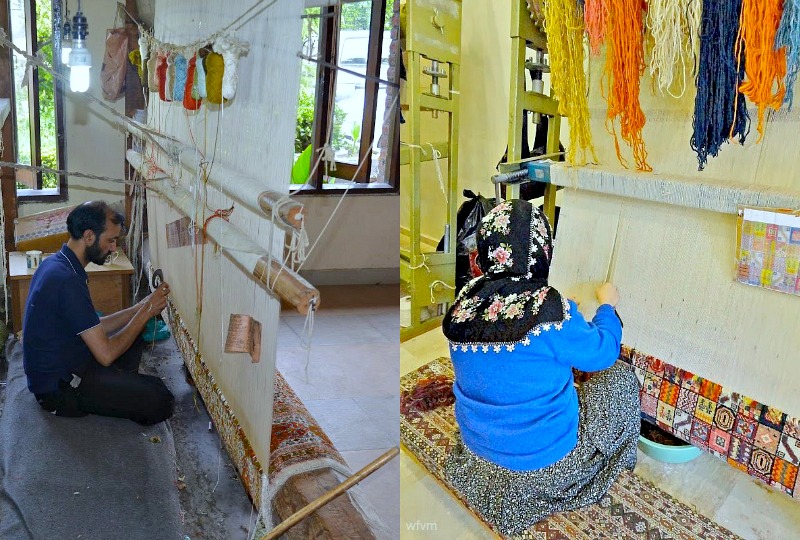 The weaving of pure silk and fine pure wool carpets is another long standing tradition in Kashmir also introduced from Persia (Iran). Only Kashmiri men weave the rugs and carpets in contrast to Turkey where all the weaving is done by women

Srinagar stands on the Jhelum River and has a distinctly Central Asian flavour; when heading south from Srinagar it is often referred to as 'returning to India'. Two weeks before we arrived they had severe flooding and you can still see the debris caught up around the bridge 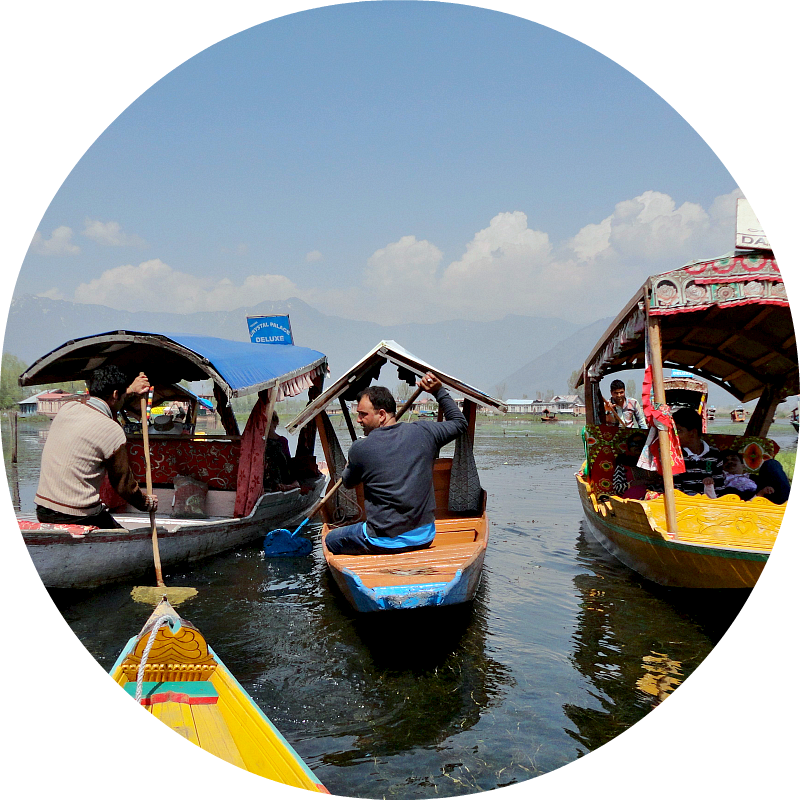 Time to return back along the waterways to our houseboat
Posted by Rosemary at 10:32