it was hot, and humid, debilitating temperatures were blowing up from southern Europe 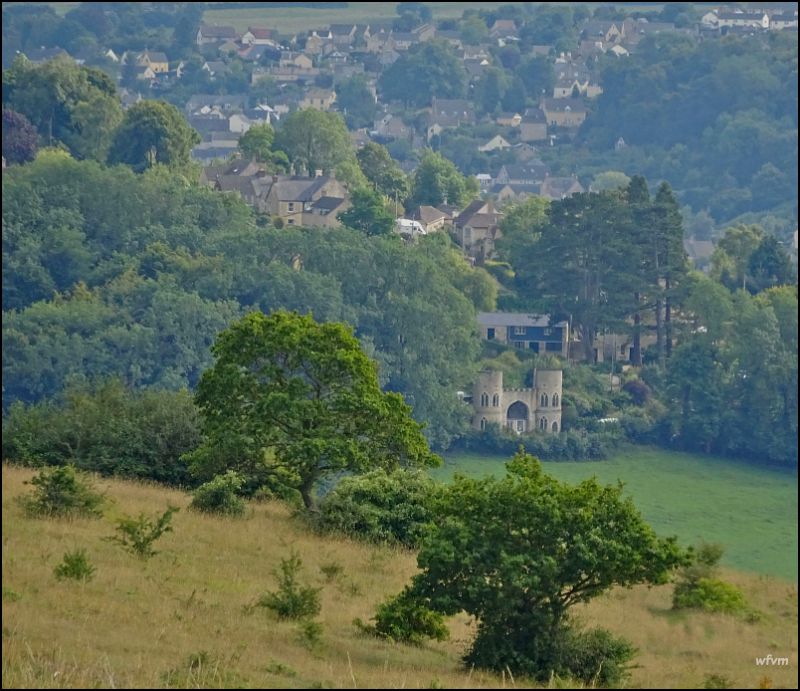 a thinly veiled mist hung across the valley bottom 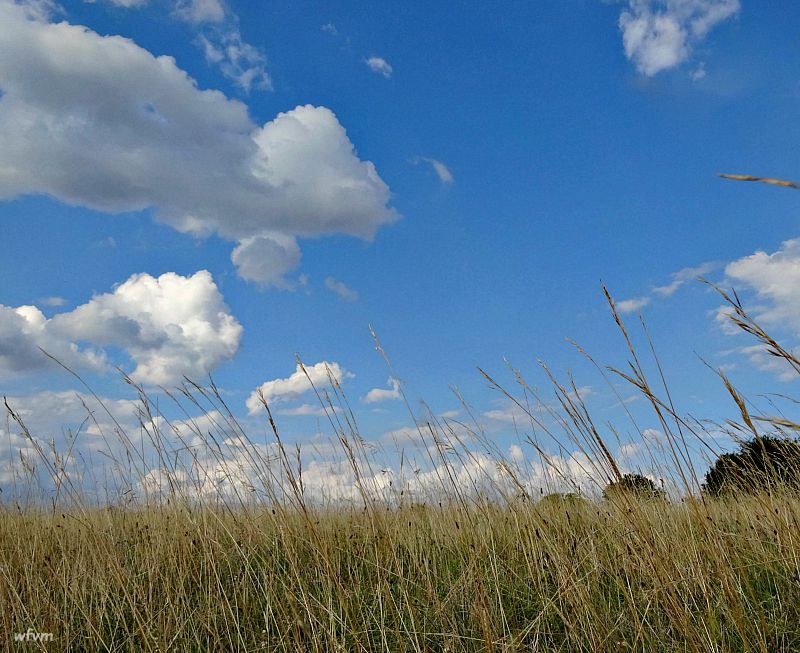 not so, on our hilltop eerie, where skies were clear. We strolled hoping for respite and cooler air, but the caressing breezes felt warm 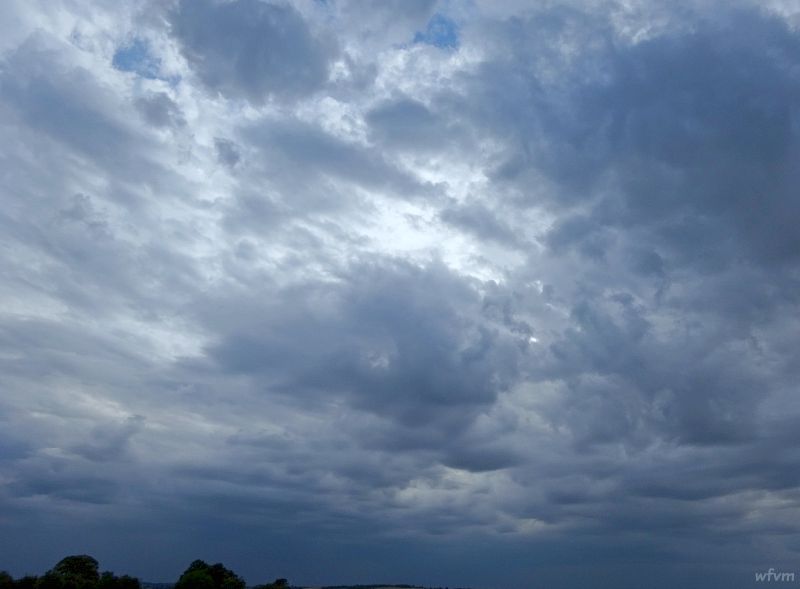 Suddenly thunderous clouds rolled in, then just as quickly rolled out I stooped to capture the small seeds of the thistle attached to pappus umbrellas of hairs acting like parachutes transporting them away to far distant corners.
"What's that?" in the clump of thistles youngest son had heard a noise - a loud long continuous song sounding like a sewing machine in need of oil. An impossible insect to spot being blessed with perfect camouflage, unless you happen to catch his song. He starts his singing in the afternoon which continues throughout the night. Don't touch, he can give you a nasty bite. 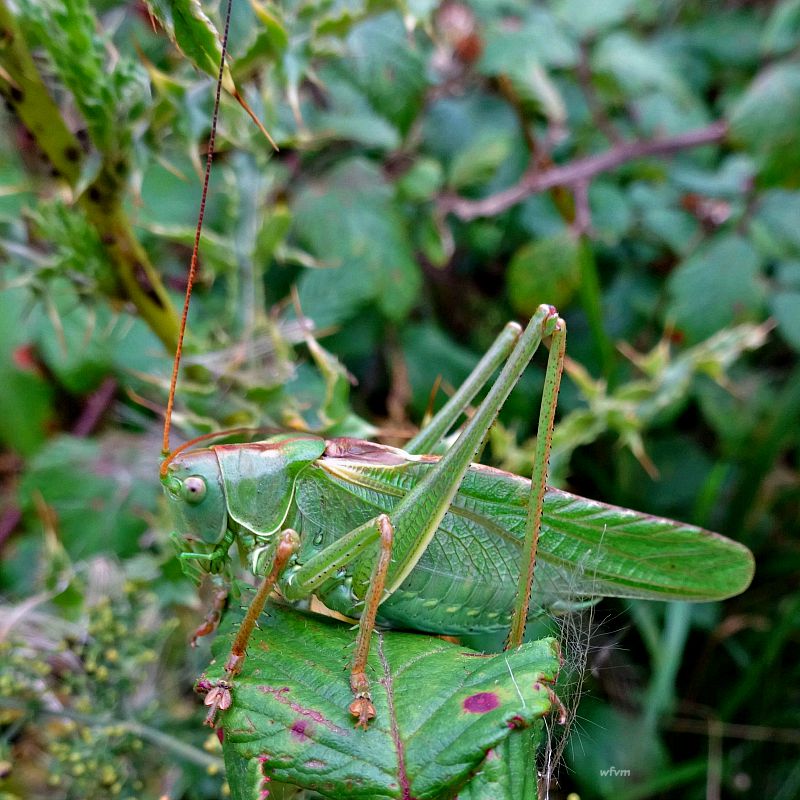 This is the singing male
A Great Green Bush-cricket - Tettigonia viridissima -
by far our largest Bush-cricket measuring about 4 - 5 cms long - bright green for camouflage with an orangey-brown stripe running the length of its body with long wings. In England only found in the southern half of the country - my first ever sighting 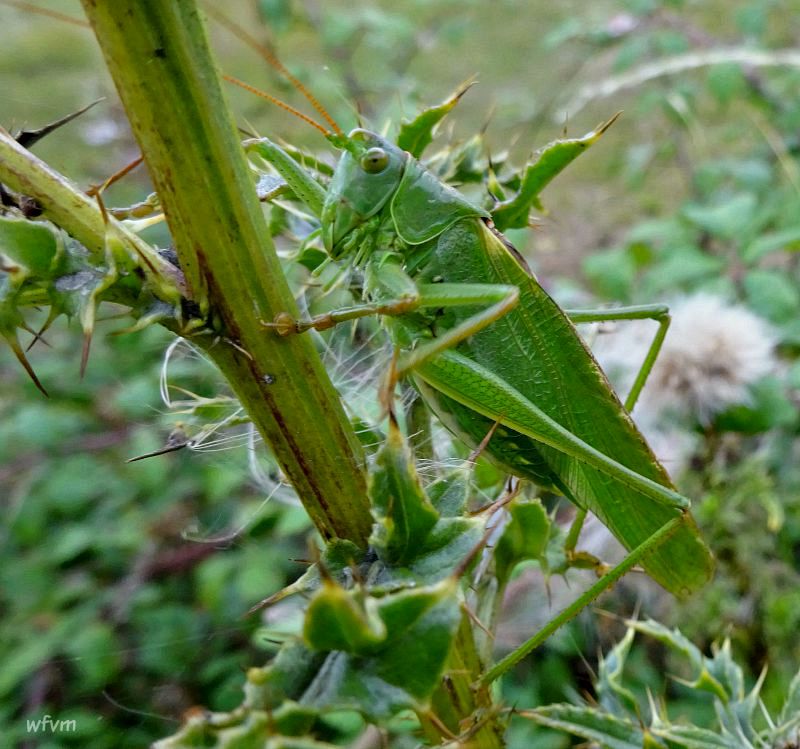 and this is the female presumably enamoured by his singing
Look how well the male and female both blend in with the thistle stems and leaves
Posted by Rosemary at 11:07