The Ancient Kingdom of Lydia 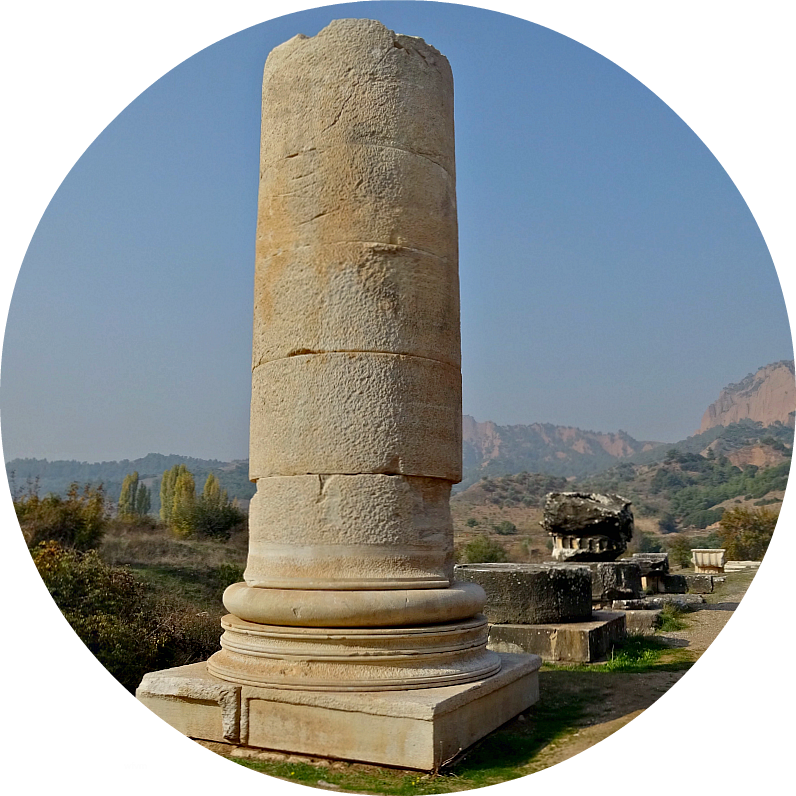 Sardis was the capital of Lydia ruled by mighty King Croesus during the period 560-547 BC. The Lydians were cited as the first people to mint coins of gold and silver in Asia Minor, and it was Croesus who funded the construction of the great Temple of Artemis at Ephesus, one of the Seven Wonders of the ancient world. Although some claim that he was largely a legendary figure, his signature at the base of one of the columns from the Temple of Artemis, now displayed in the British Museum, is evidence that he was an historical king who ruled from the city of Sardis.
In the Book of Revelations, the fifth of St. John's seven Messages was sent to the church in Sardis.
It is home to the remains of the Temple of Artemis, a Roman Synagogue, and a baths-gymnasium complex revealing the city's former glory and wealth.

The Temple of Artemis in Sardis was the fourth largest Ionic temple in the world. Originally built in 300 BC by the ancient Greeks, the temple was renovated by the Romans in the C2nd AD. 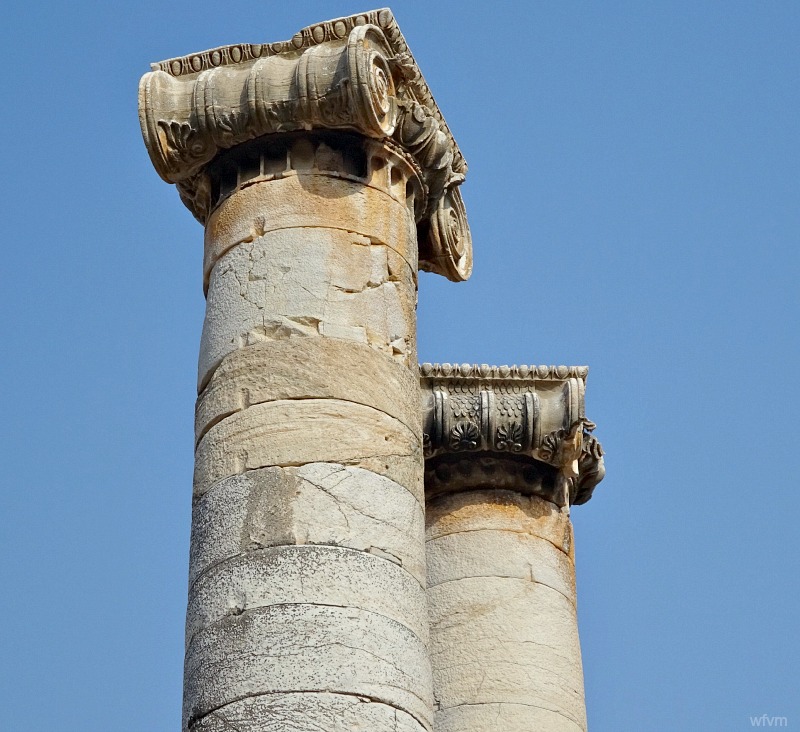 Much of what remains today is Roman, but these two mighty columns are Hellenistic 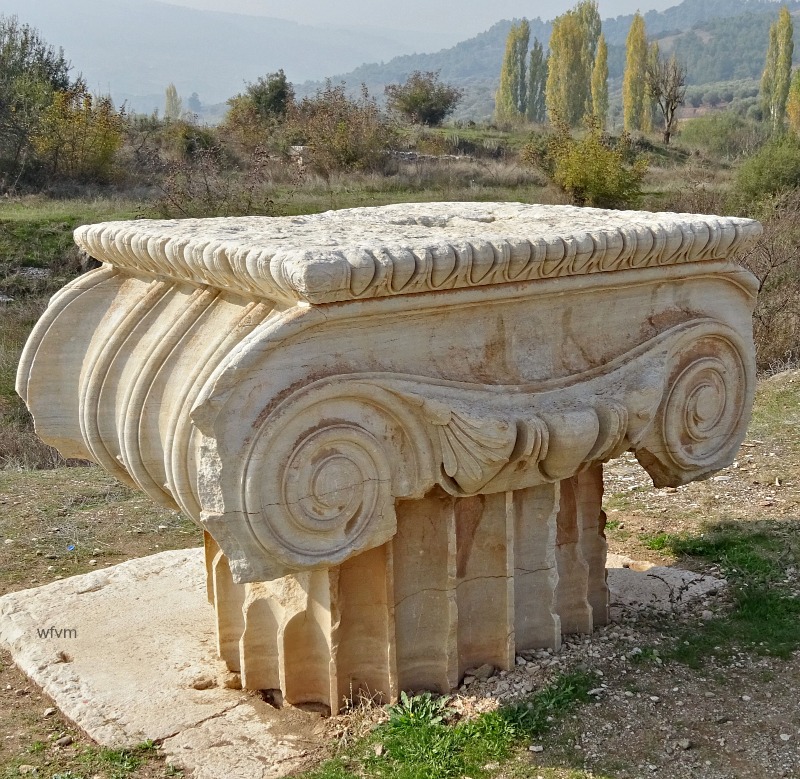 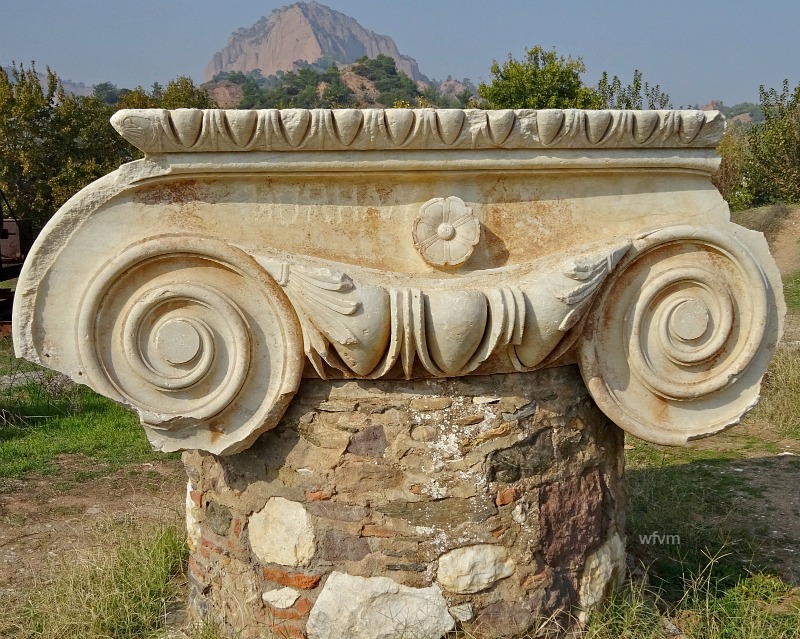 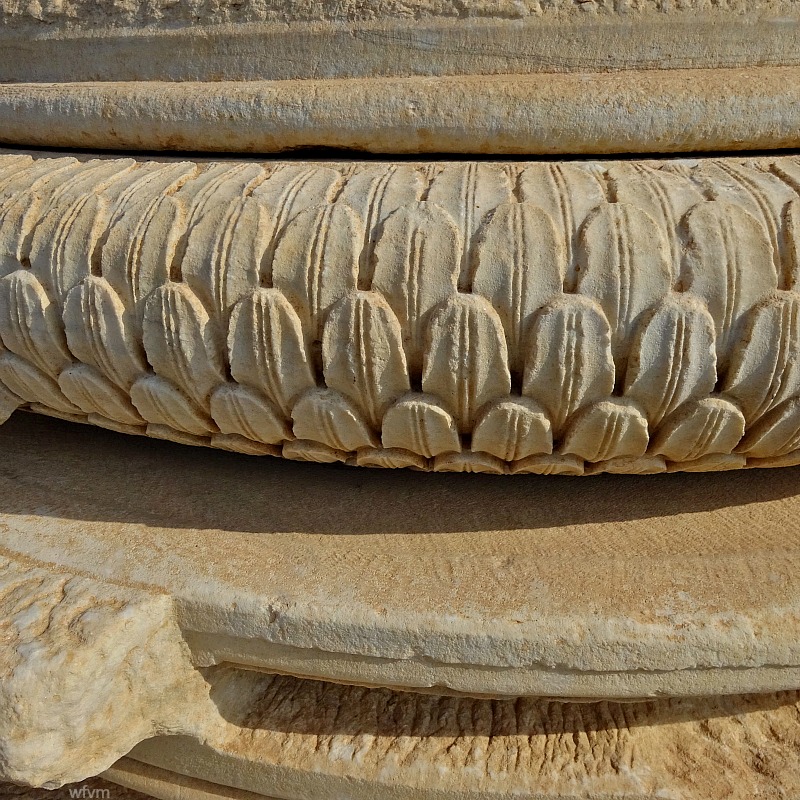 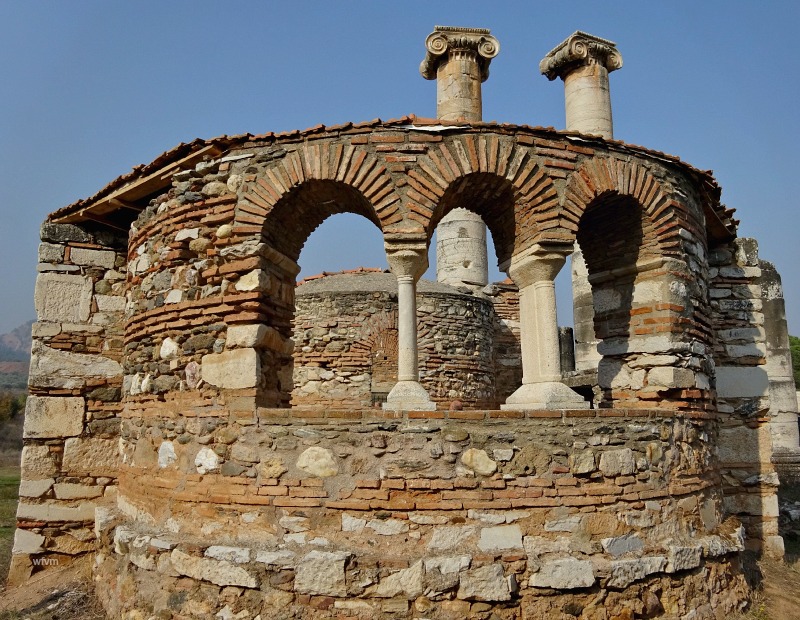 There is a small brick and rubble church located at the corner of the temple which was probably built in the C4th AD long after the Temple cult had been abandoned, and was used as a place of Christian worship for 300 years before being buried under a massive medieval landslide 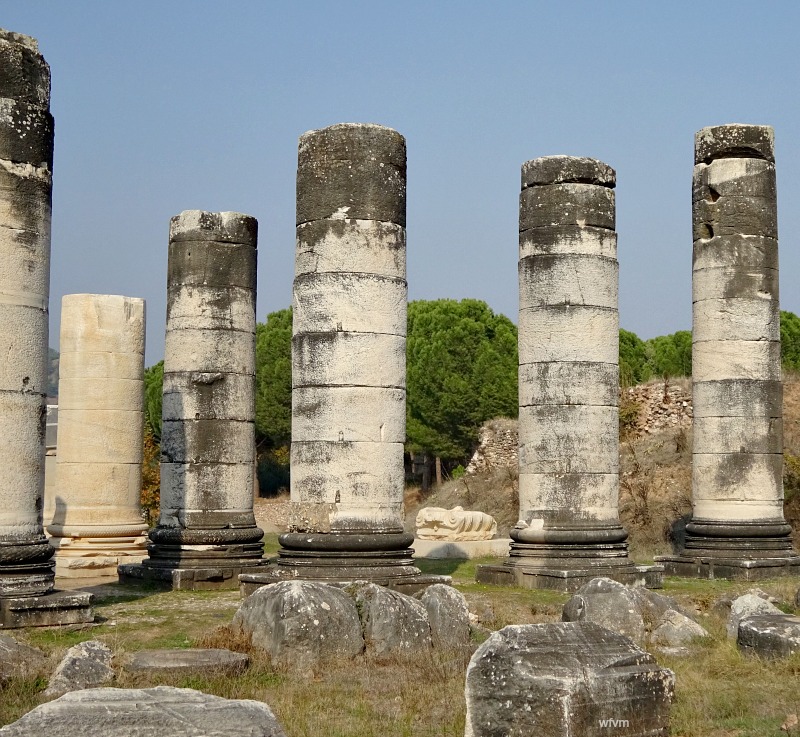 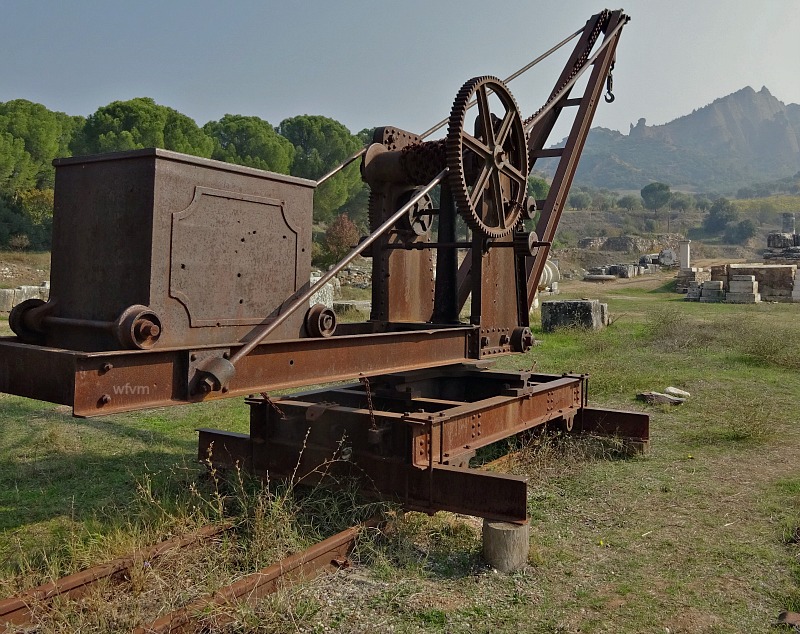 This abandoned crane was brought to Sardis in 1911 by Prof Howard Crosby Butler of Princetown University and used for lifting and moving fallen architectural blocks during excavation at the temple. It was moved around the site on a narrow-gauge Decauville railroad track with a small locomotive. The crane was made by Dorman Long at Middlesborough in the north of England. 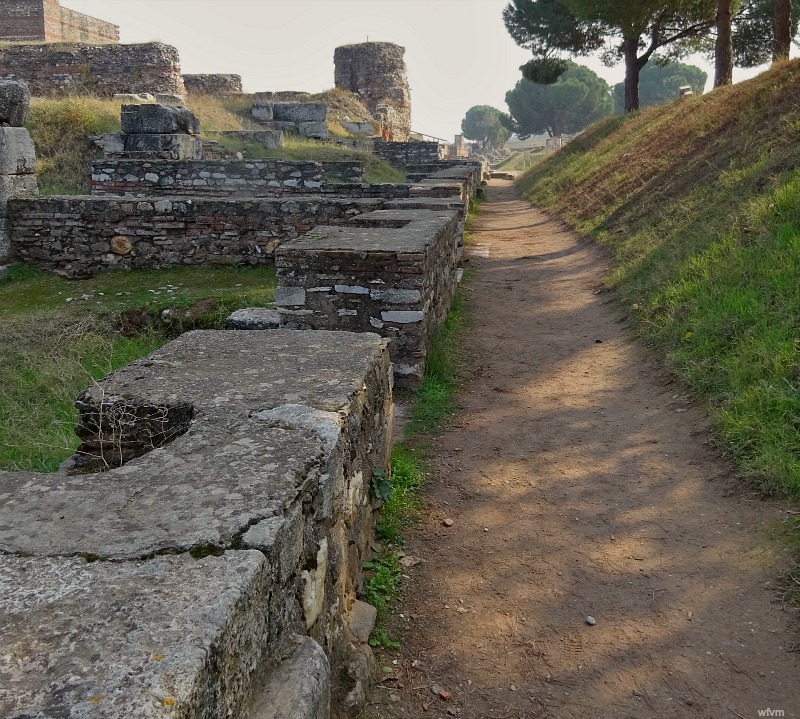 A short journey from the temple is Roman Sardis - this is Marble Street made up of 34 Byzantine shops many of which were owned by Jews. Recovered artifacts suggest a restaurant, taverna, a shop selling dyes and paints, and others selling glassware, and metal hardware. In some cases the presence of benches, latrine seats, and basins indicates that several may have been non-commercial, and were probably living spaces for the proprietors. Personal names and religious symbols inscribed on the walls reflect the cultural diversity of the residents. 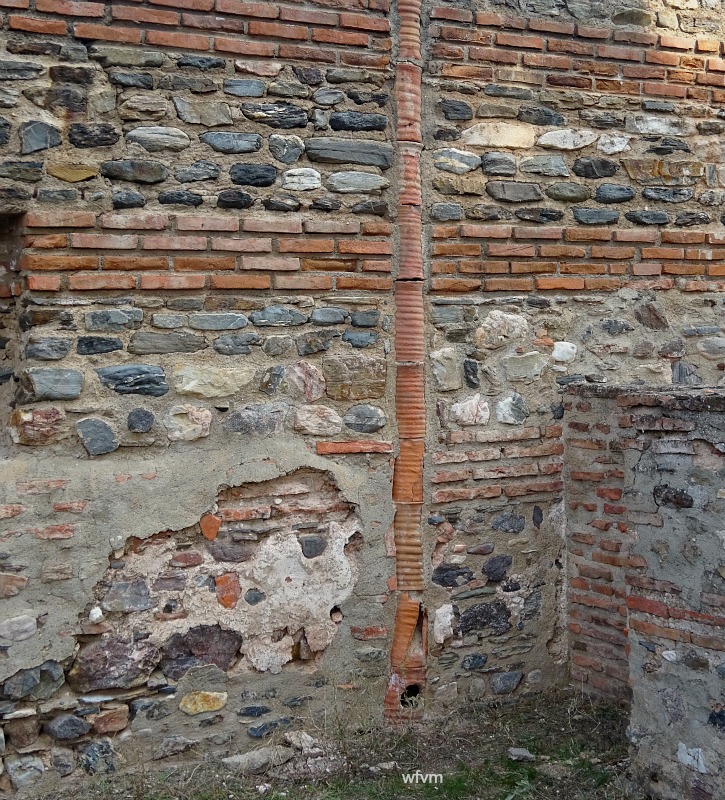 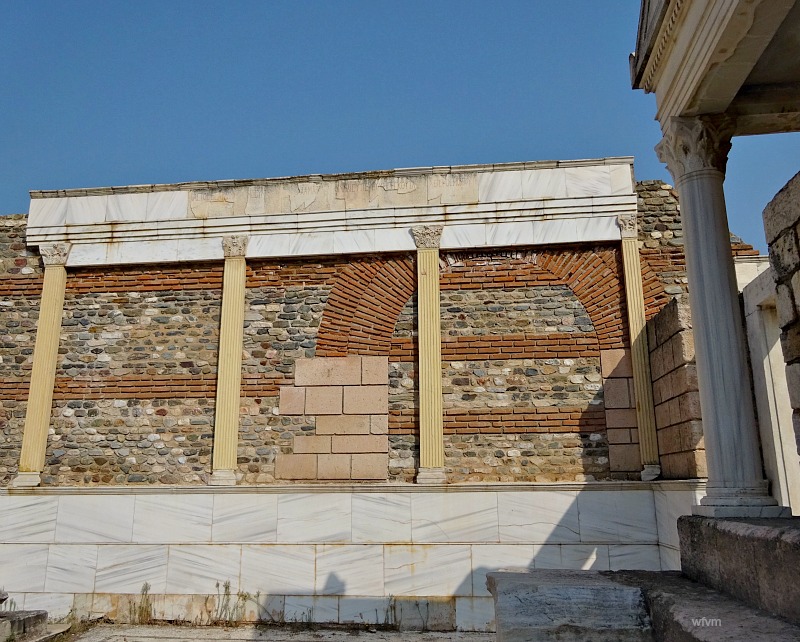 A surprising discovery was made here less than 50 years ago - a Jewish Synagogue. Excavations by both Harvard and Cornell Universities have unearthed the most impressive synagogue in the western diaspora yet found from antiquity. Over 80 Greek and 7 Hebrew inscriptions as well as numerous mosaic floors have been found. It has provided indisputable evidence of a continued presence of Jewish communities in Asia Minor, and their integration into Roman life, at a time when scholars previously assumed that Christianity had eclipsed Judaism. 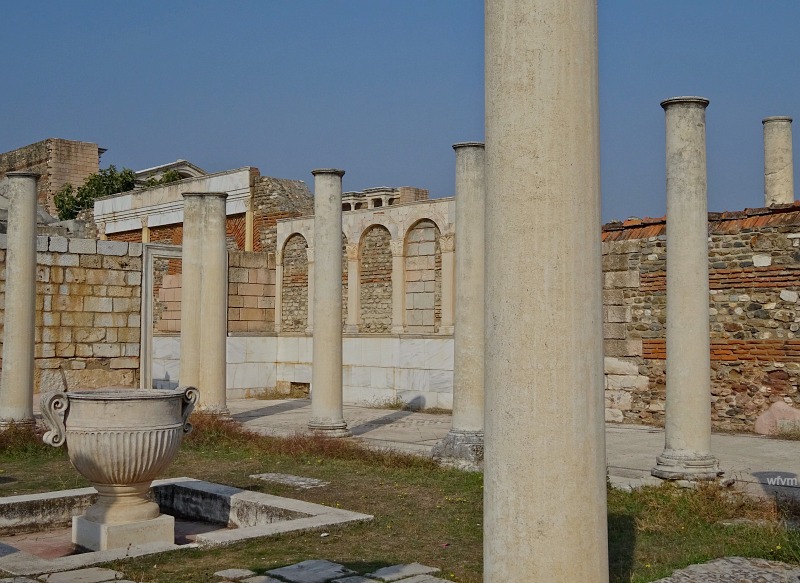 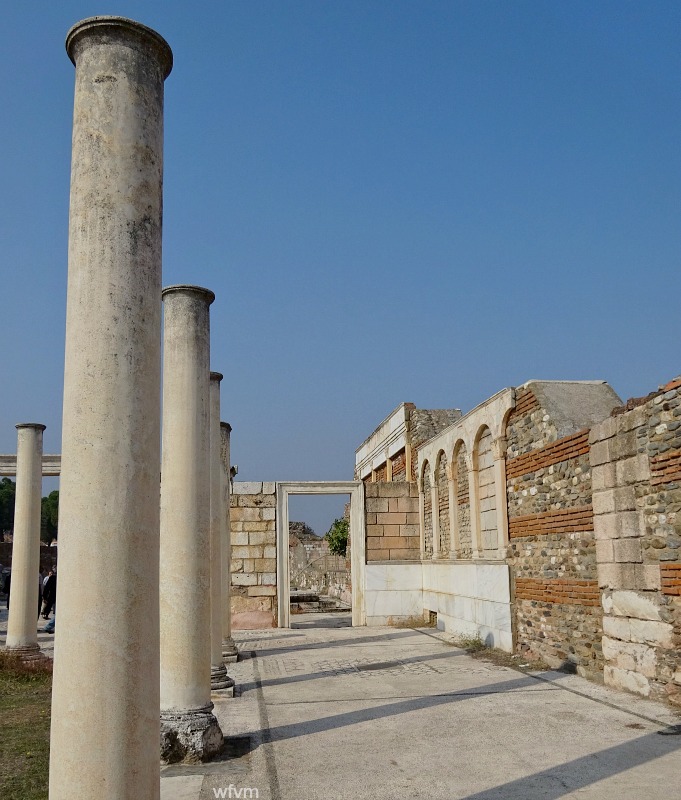 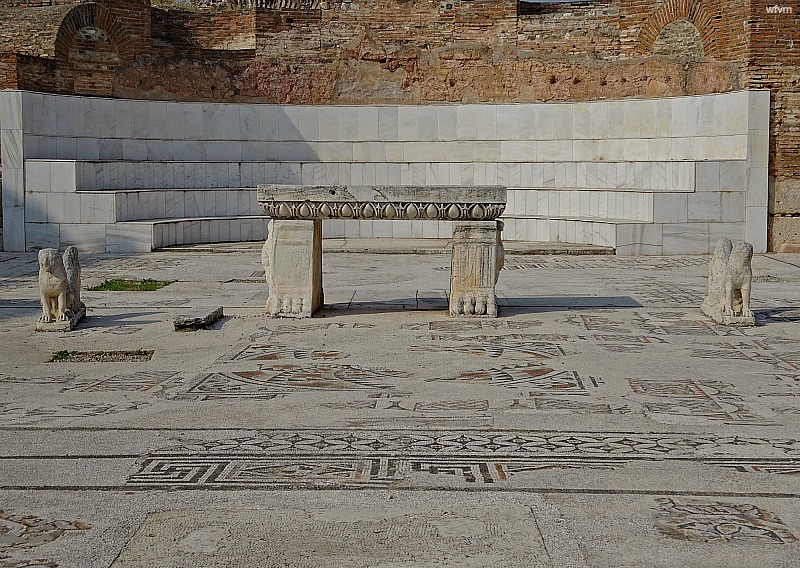 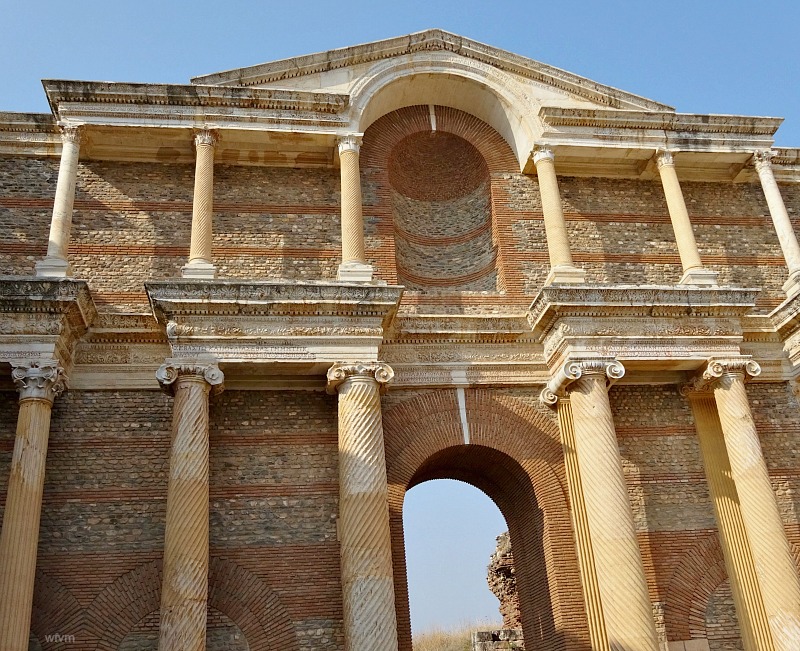 Immediately adjacent to the synogogue is a large bath-gymnasium complex. Bathing was an important Roman tradition - something that they spread throughout their empire. 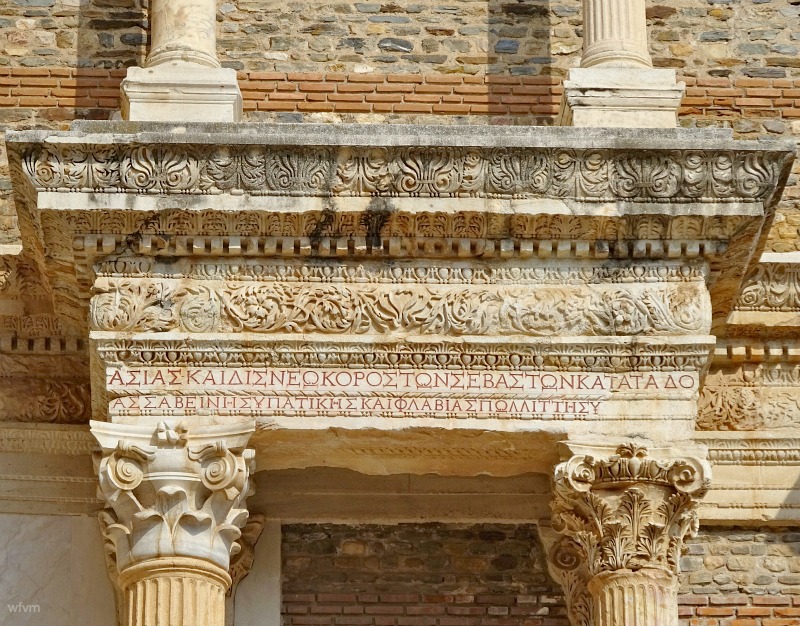 A red inscription dedicates the space to the Roman Imperial family: Emperors Caracalla and Geta, and their mother Julia Domna; and even records that the hall was gilded by two ladies of consular rank: the sarcophagus of one of these ladies, Claudia Antonia Sabina, was found at Sardis and it is now in the Archaeological Museum, Istanbul 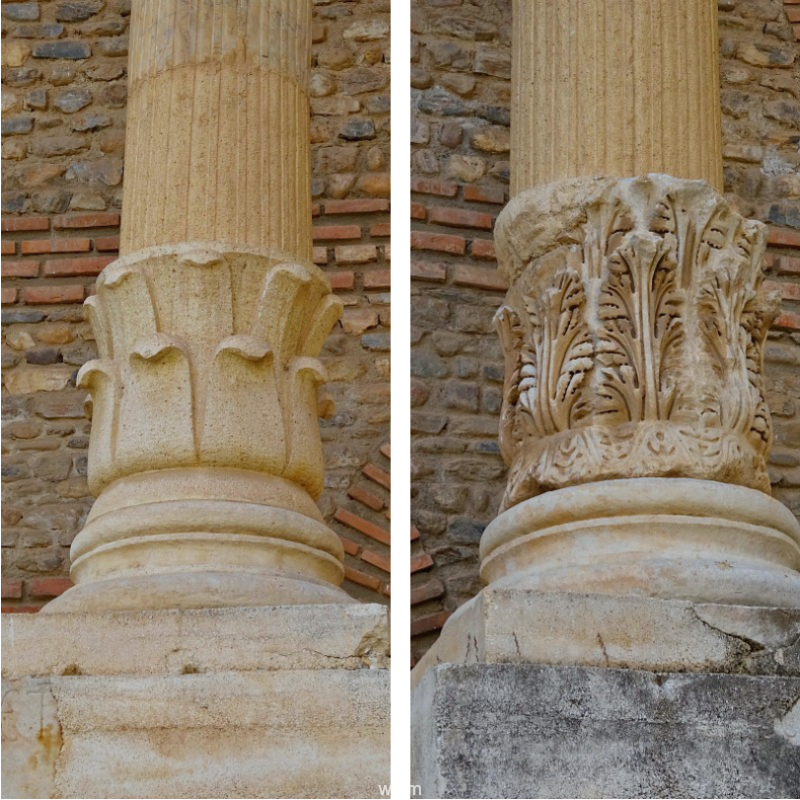 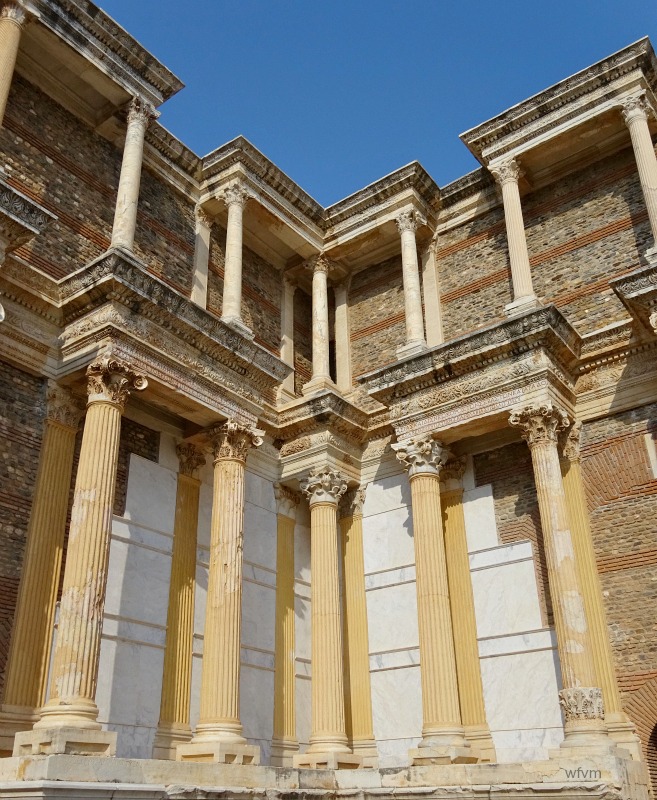 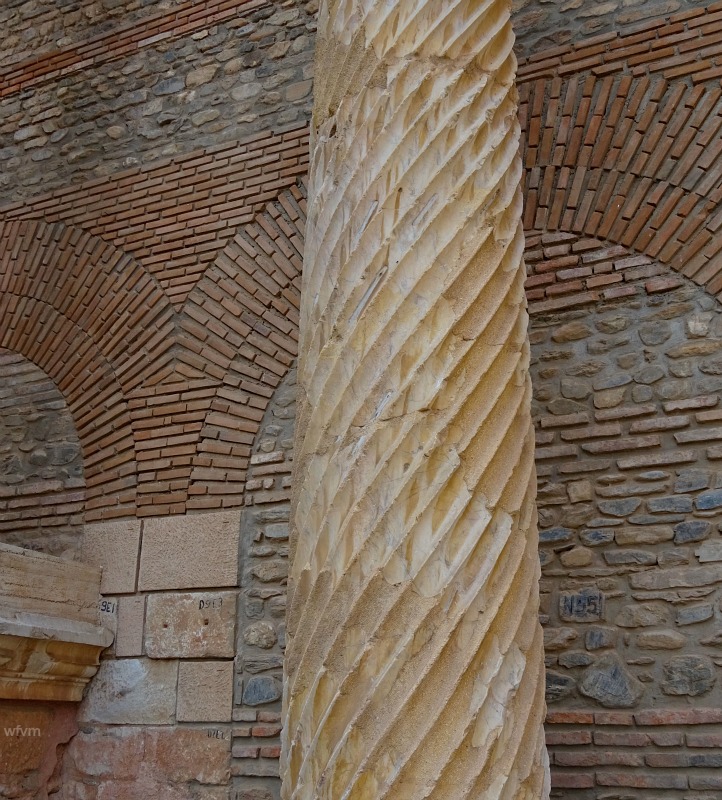 The complex was thought to have been completed in the late C2nd or early C3rd AD - repaired and modified in succeeding centuries. The Synagogue was made out of a conversion of one of the marble halls in the bath-gymnasium complex, but all fell into ruin during the C7th AD 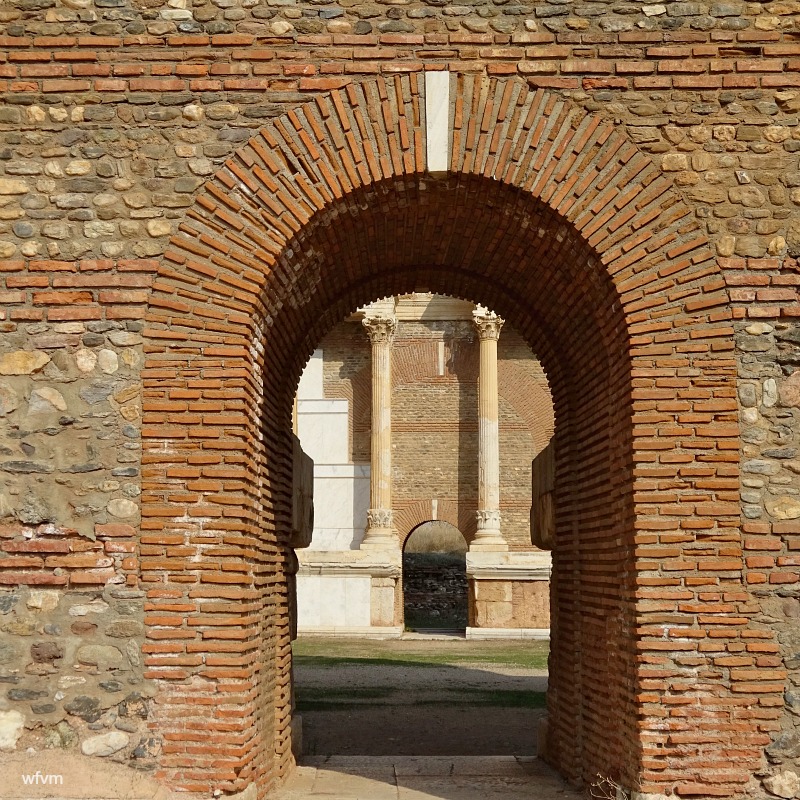 I never cease to be amazed at the Romans and continually find myself in awe of the massive footprint that they have left behind for us to admire and appreciate across three continents.
This post is for my second born granddaughter and she will know why!
Posted by Rosemary at 09:52