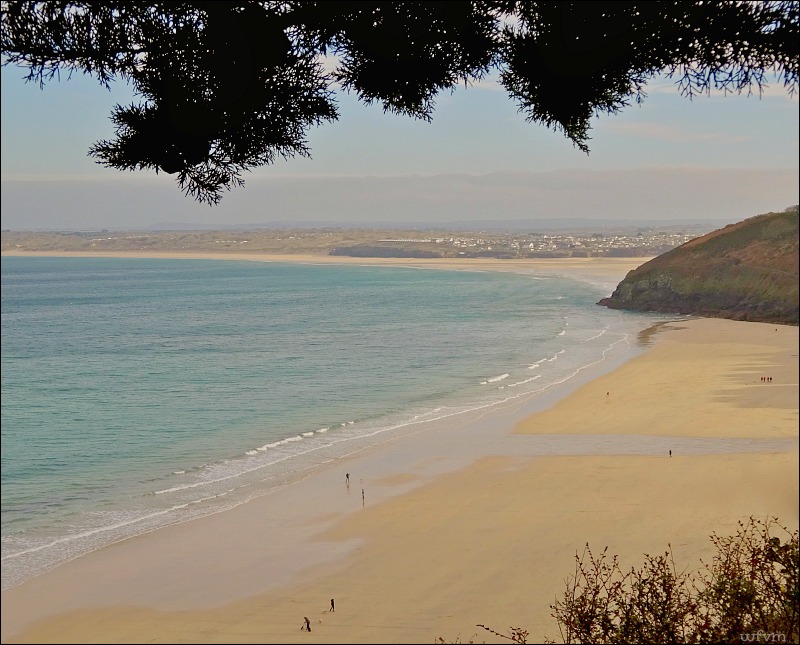 to a hotel that holds a special affection for us, and is just a short coastal headland walk to St. Ives 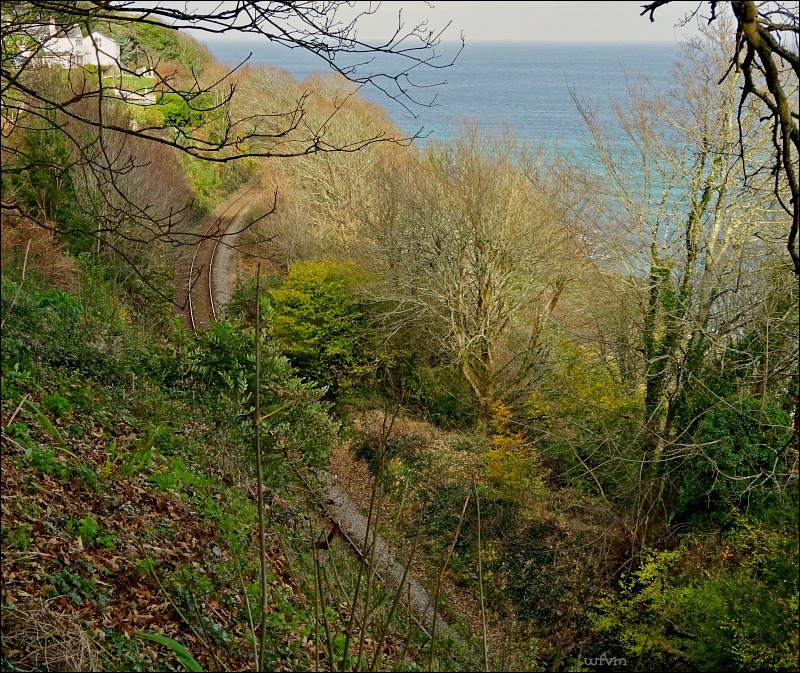 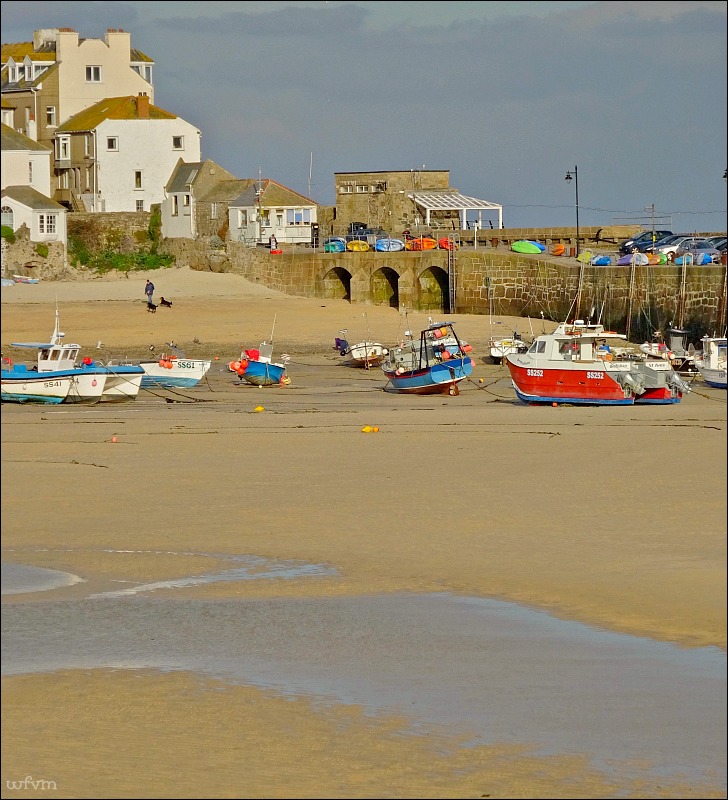 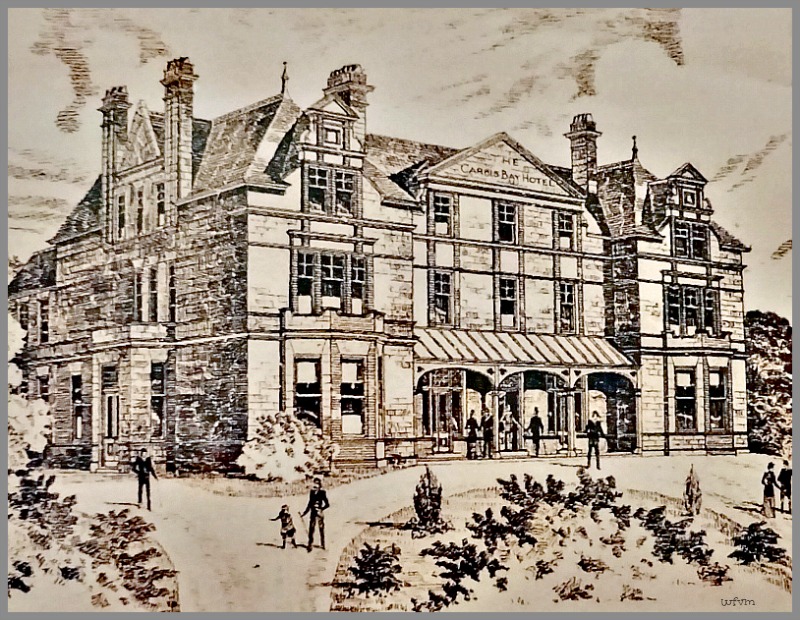 Silvanus Trevail was the architect of The Carbis Bay Hotel built in 1894. He was a prominent Cornish architect who rose to become Mayor of Truro and nationally, President of the architects' professional body, the Society of Architects.
The hotel was immortalised by the author Rosamunde Pilcher when it was featured as The Sands Hotel in her novels 'The Shell Seekers' and 'Winter Solstice'.
Although the hotel has changed over the years it still retains much of its character and houses a wonderful very large original oil painting by Sir Claude Francis Barry - as a young painter he studied first with the Newlyn School of realist painters and then under Alfred Bast with the St. Ives group of painters 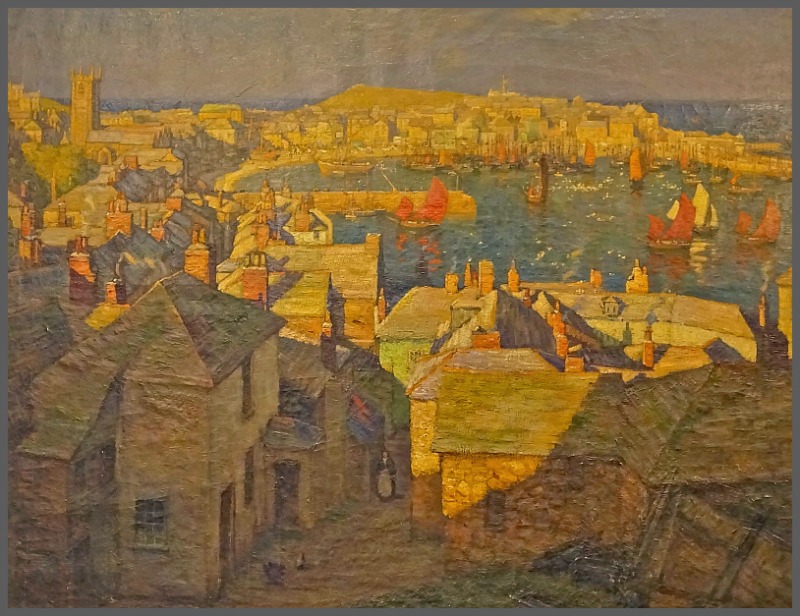 St. Ives - painted in 1910 - Claude Francis Barry
He was known for his great love of colour and for developing his style continuously during his lifetime 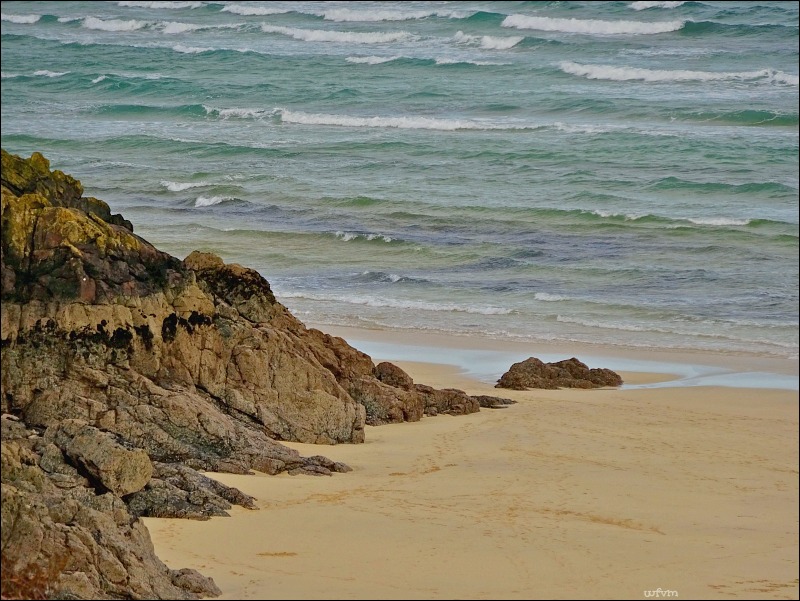 We left home in typically December weather only to discover warmer, sunnier climes had blown in to Cornwall from the continent. It is this special light that attracted the colonies of famous painters to Newlyn and St.Ives at the end of the c19th. 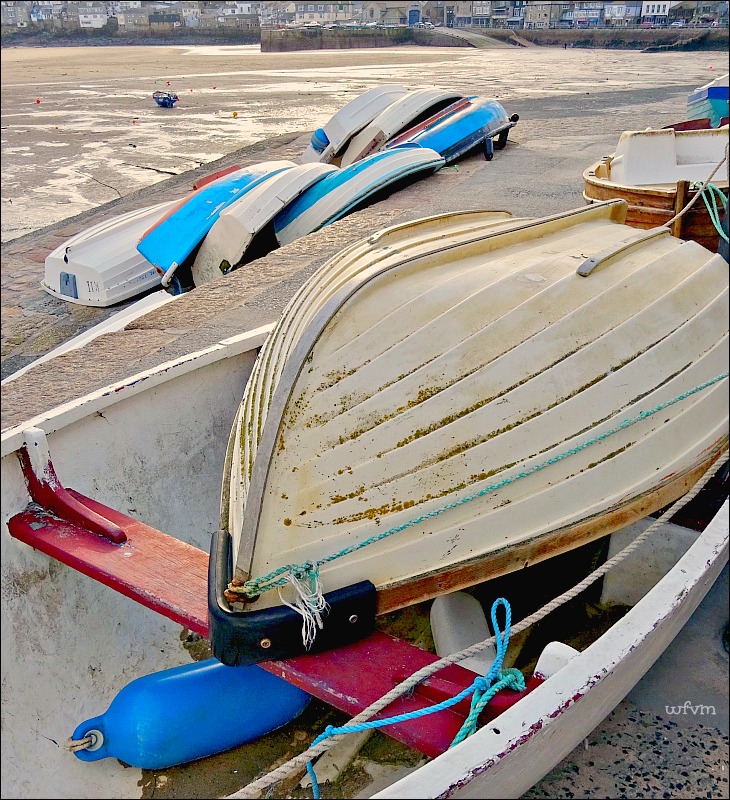 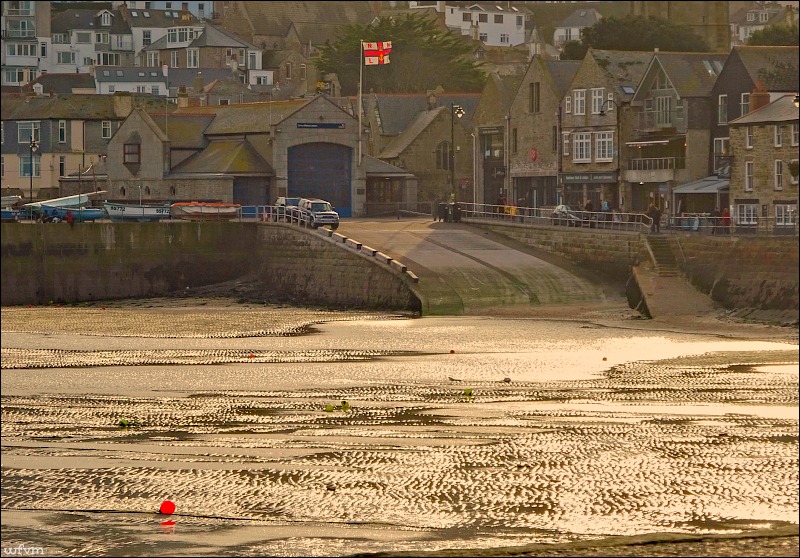 The late afternoon sun is slipping away rapidly - time to hasten back over the headland for our eagerly anticipated evening meal
This is not an advert or recommendation for the hotel, it is simply a place that we know and love 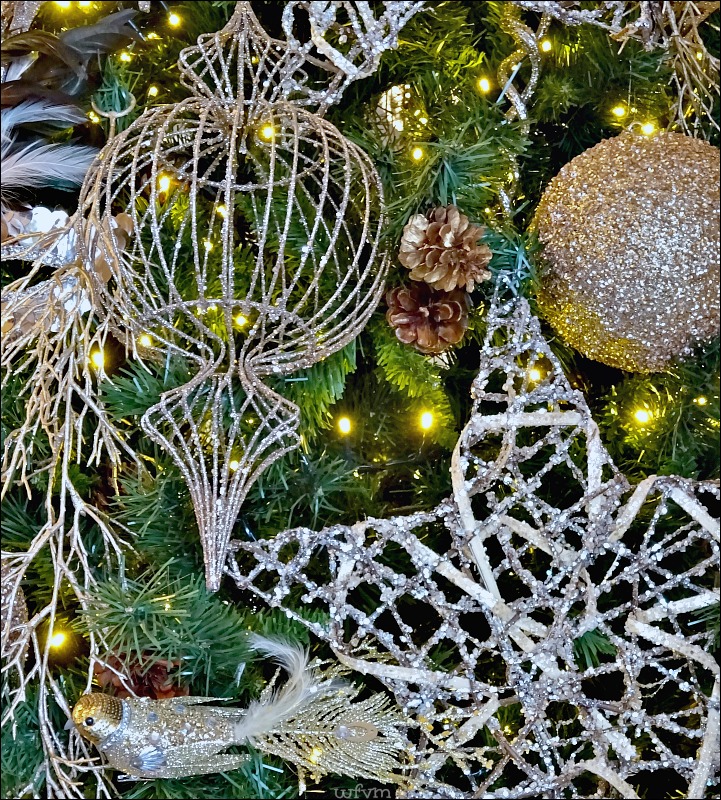 A Christmas thought
Why have we allowed ourselves to be manipulated into thinking that Christmas needs weeks of preparation and shopping?
When I was small Christmas arrived hardly more than a week before the event. On the morning of Christmas Eve our turkey would be delivered from the farm along with a box of fruit and vegetables, and father would go out into the garden with his spade and dig up our Christmas tree. Myself and siblings would spend the afternoon decorating the tree, and then just before we climbed the stairs to bed, the lights would be ceremoniously switched on, filling us all with great excitement and anticipation.
Posted by Rosemary at 08:53