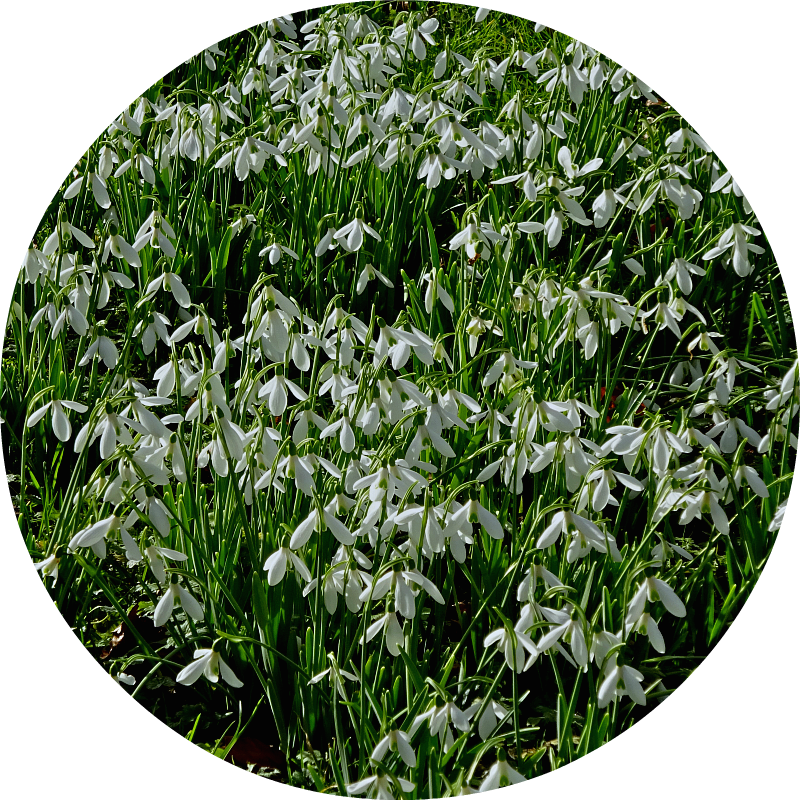 One of the things I love about this corner of the Cotswolds are the many and varied walks that we continue to discover even though we have lived here for over 20 years.  Walks across hilltops with far reaching views, along deep verdant valley bottoms, down networks of quiet hidden narrow country lanes, through pretty stone villages, or as in this case wandering along a towpath running beside a canal. 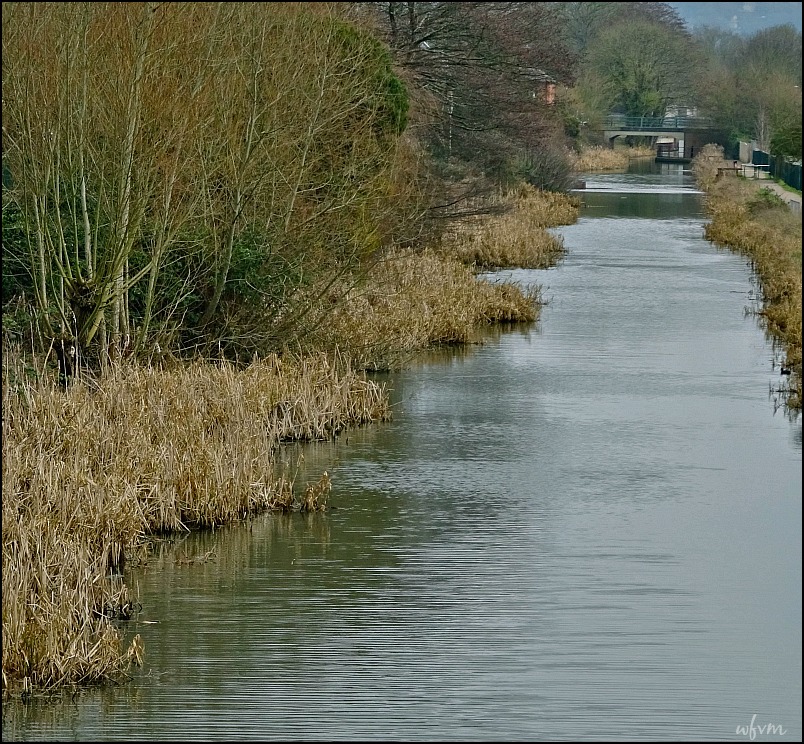 We know and have walked many different stretches of this canal as it journeys from the River Severn to the River Thames, but we have never discovered this particular part of the towpath previously even though it is no more than a couple of miles from our home high in the hills. What is now a quiet and peaceful sanctuary - a haven for wetland birds, would have been a hive of industrial activity during the 18th and 19th centuries. 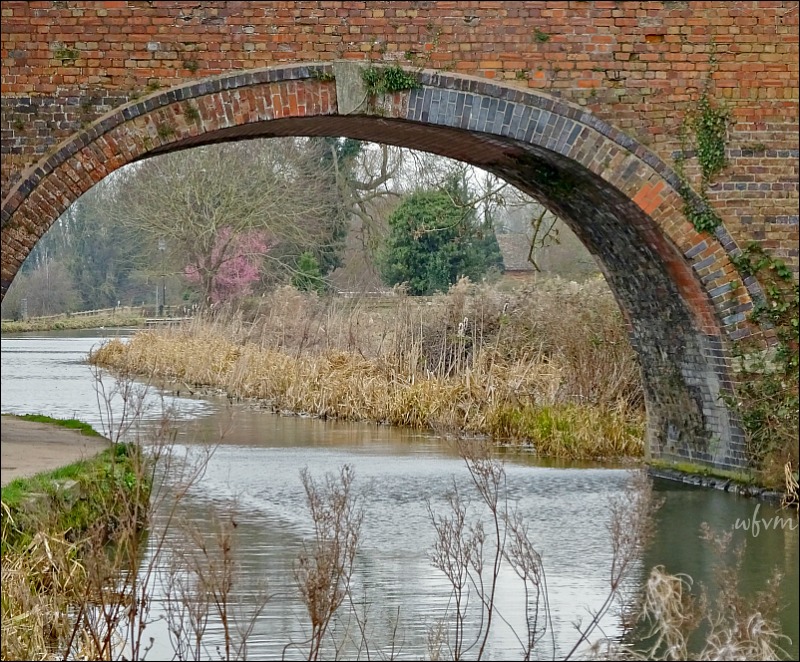 This elegant original brick arched bridge was built in 1778 to carry a road over the canal to the woollen mills.
Today it is hard to imagine what a busy thoroughfare this would have been with boats and people plying up and down the water all day long mainly carrying coal 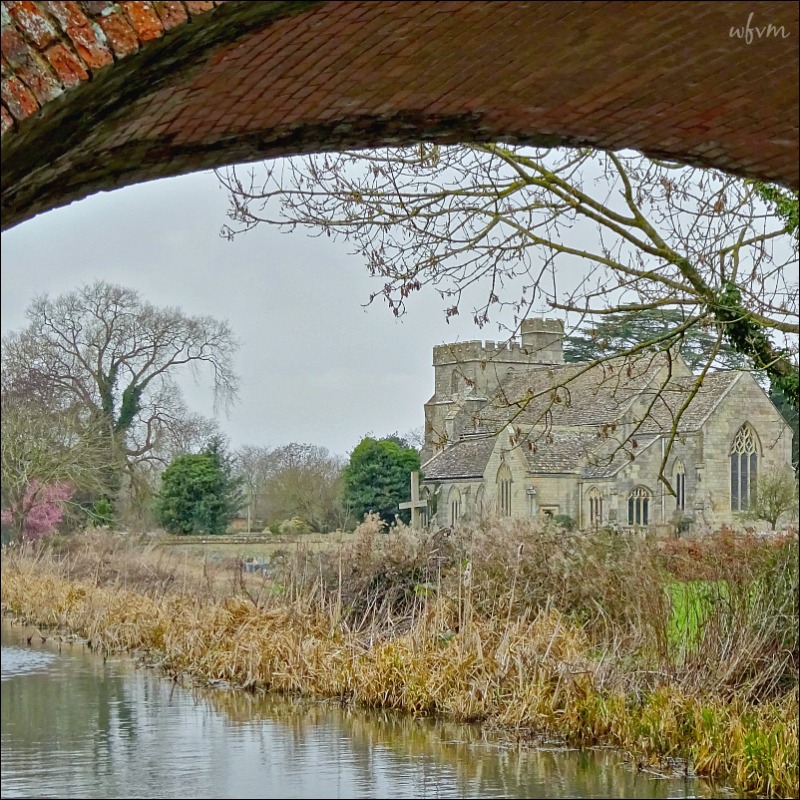 The ancient church of St Cyr's had already stood here for more than 650 years before the canal was even given consideration during the early part of the c18th. 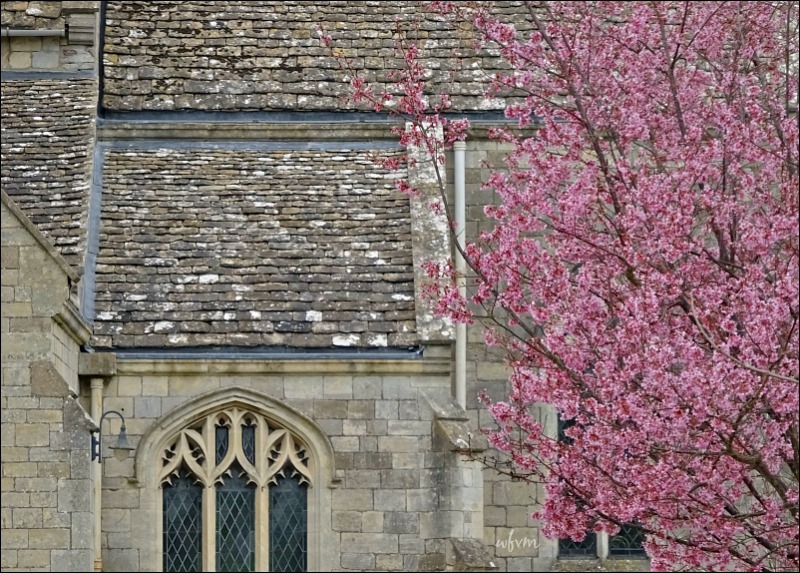 The whole area with its hills and valleys grew very rich off the backs of sheep for centuries - known as Cotswold 'Lions' and introduced here by the Romans. Medieval weavers in c12th Flanders would sing "the best wool in Europe is English, and the best wool in England is Cotswold" 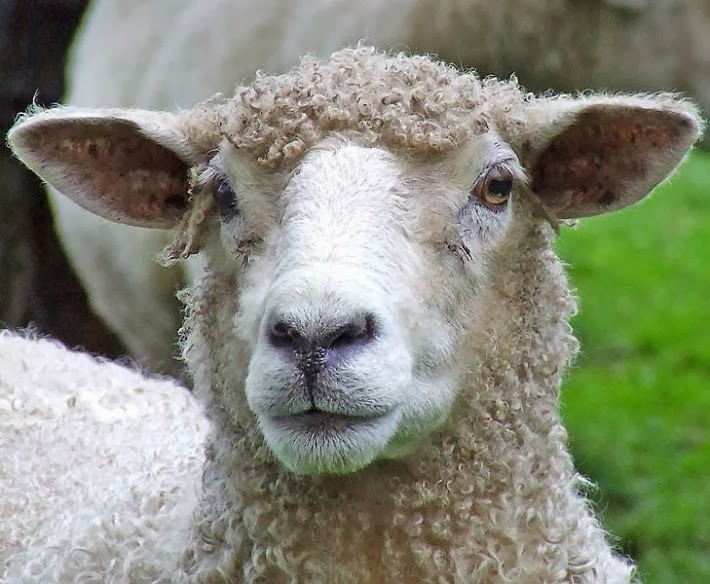 The prosperous local mill owners built themselves grand mansions, wonderful churches which are still known as 'wool churches', and endowed many fine schools in the area 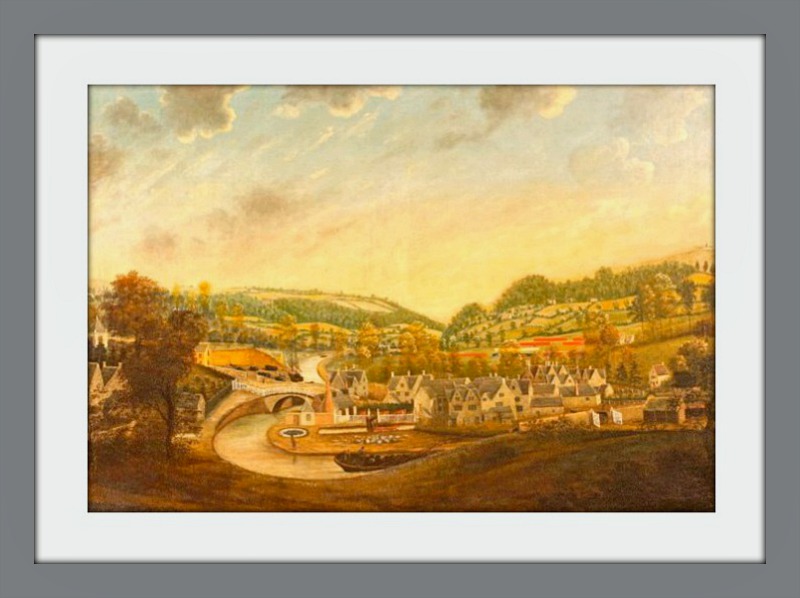 via
During the c18th these valleys were particularly famed for their scarlet red wool cloth dyed with cochineal which was used to make soldiers uniforms, but also loved by Cherokee Indians who traded furs for it. In the painting above it is just possible to make out the red wool cloth hanging over tenderhooks to dry on the hillsides 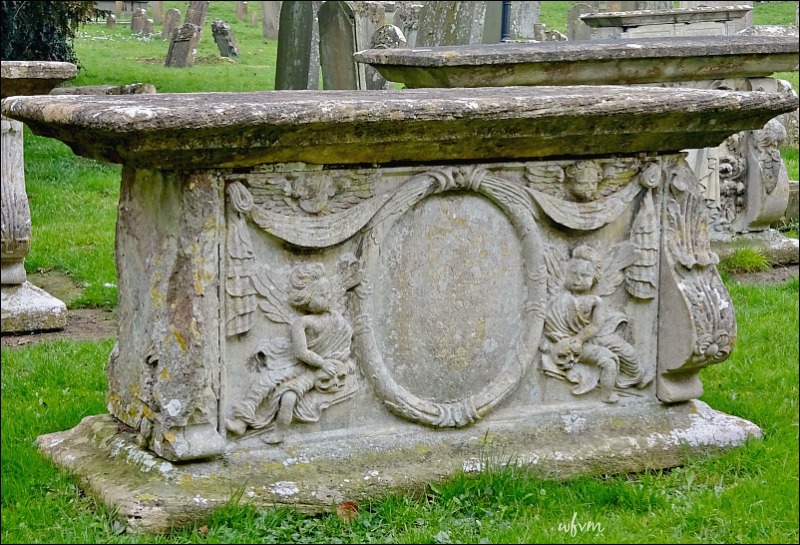 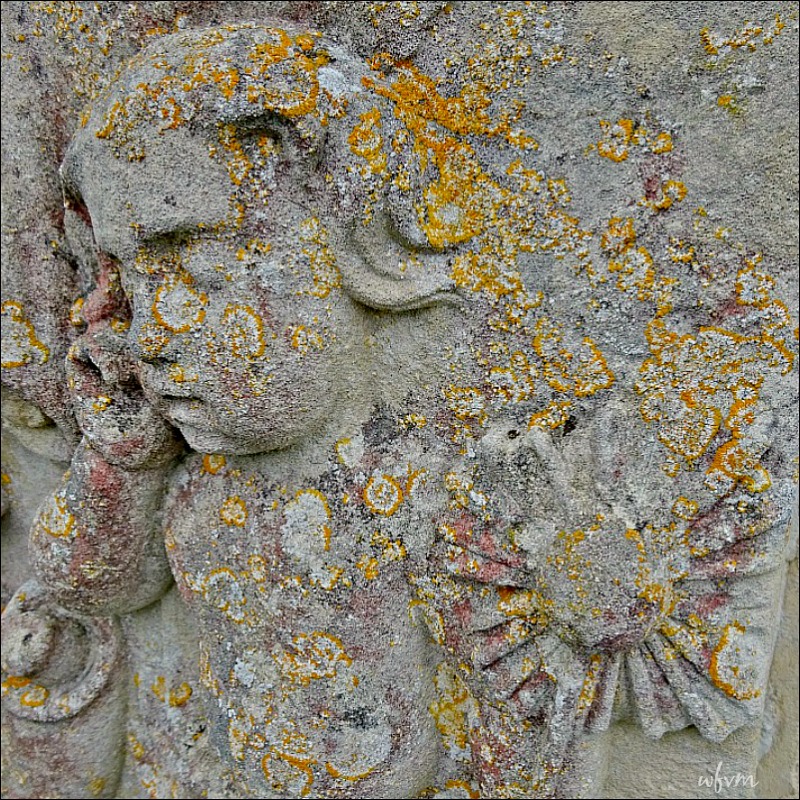 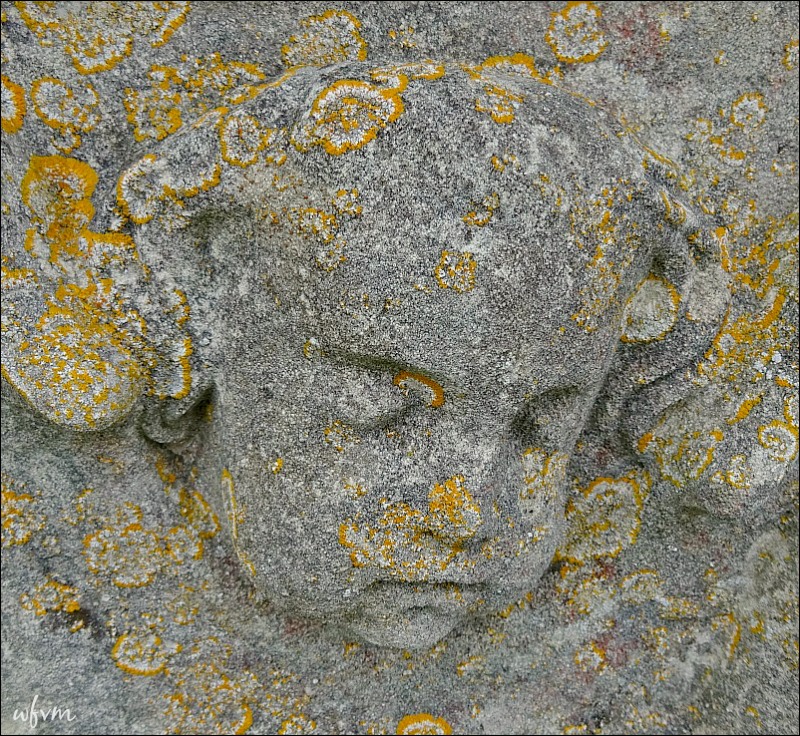 500 years before the wool mills were even built, wool was one of the countries most important commodities. It paid for the great abbeys and monastic buildings and it is acknowledged that wool was responsible for half the wealth in England - wool exports paid for Richard the Lionheart's enormous ransom to the Saracens. The Lord Chancellor still sits to this day on a sack stuffed with wool in The House of Lords showing the pre-eminent position that the wool industry has played in this country's affairs. 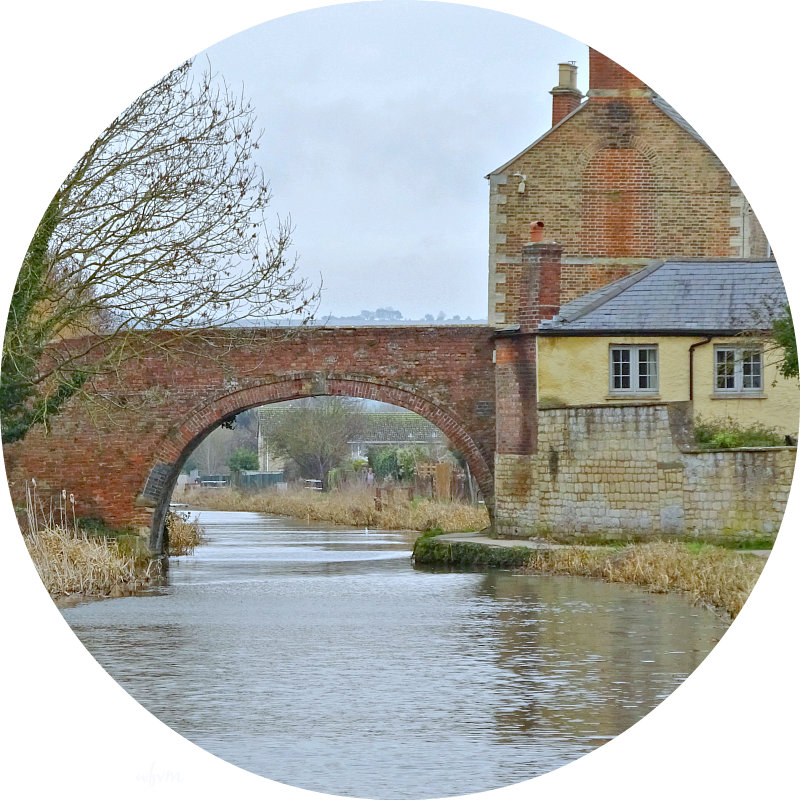