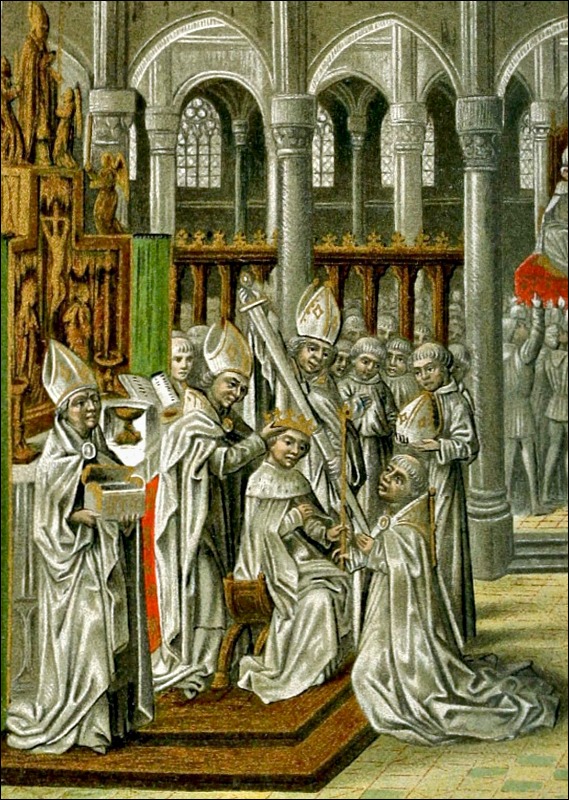 The Coronation of Henry IV of England from the c15th manuscript of Jean Froissart's Chronicles
Princess Blanche was the eldest daughter of King Henry lV, she was the sixth child of seven. After Henry's accession to the English throne her father wanted to make important alliances in order to maintain and legitimise his rule. A suitable ally was King Rupert of Germany, who also needed to legitimise his rule too, and so a marriage was arranged between Rupert's eldest surviving son Louis and Blanche. The marriage contract was signed in 1401 and part of the bride's dowry included what is now the oldest surviving royal English crown. The marriage took place the following year in Cologne Cathedral when the bride was 10 years old. Despite the political nature of the marriage it was said to be happy. Blanche gave birth to a son called Rupert named after his paternal grandfather when she was 14 years old. Aged just 17 years and pregnant with her second child she died of a fever in Alsace. 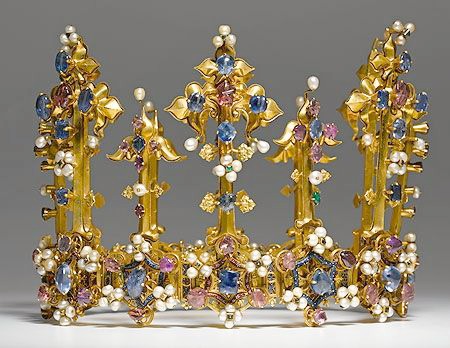 Princess Blanche's exquisite dowry crown is now kept in the Munich Residenz.  Made of gold, enamel, sapphires, rubies, emeralds, diamonds and pearls it is considered to be one of the finest pieces made by medieval gothic goldsmiths.
The crown is first mentioned in a list of 1399 recording the movement of royal jewels in London. It is listed as being amongst a group of jewels that had belonged to the deposed King Richard II of England. It is, therefore, known that the crown was not specifically made for Blanche. 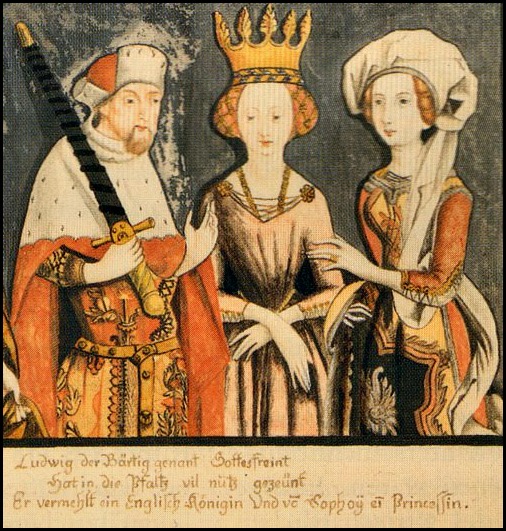 Princess Blanche stands poised between her husband Louis lll and his second wife Matilda. At the time of this painting in 1435 Blanche had been dead for 26 years - her presence and countenance in the picture are symbolic of her death with eyes closed and hands crossed
images via
I am heading off for a short break to visit some places of British historical interest 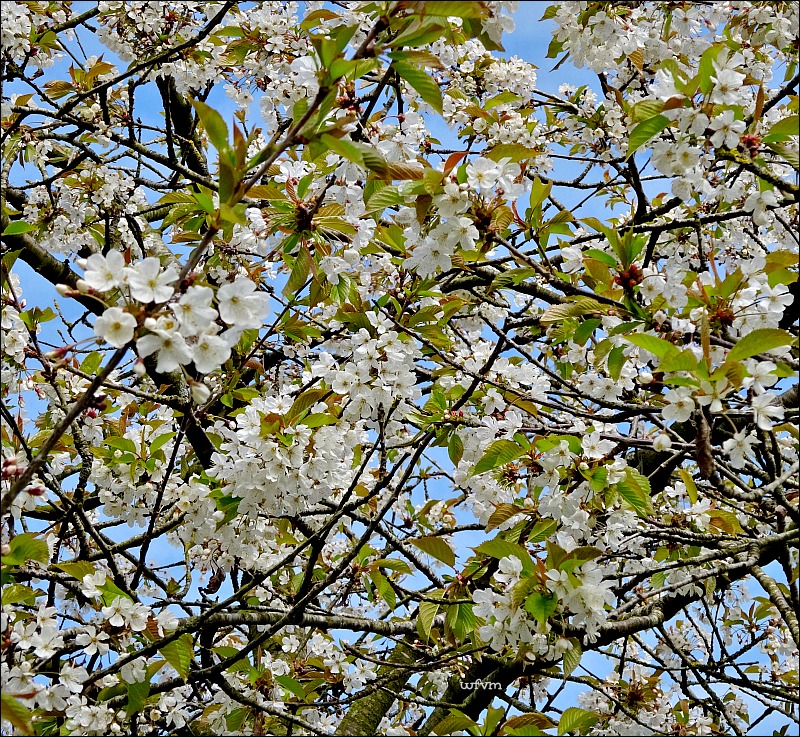 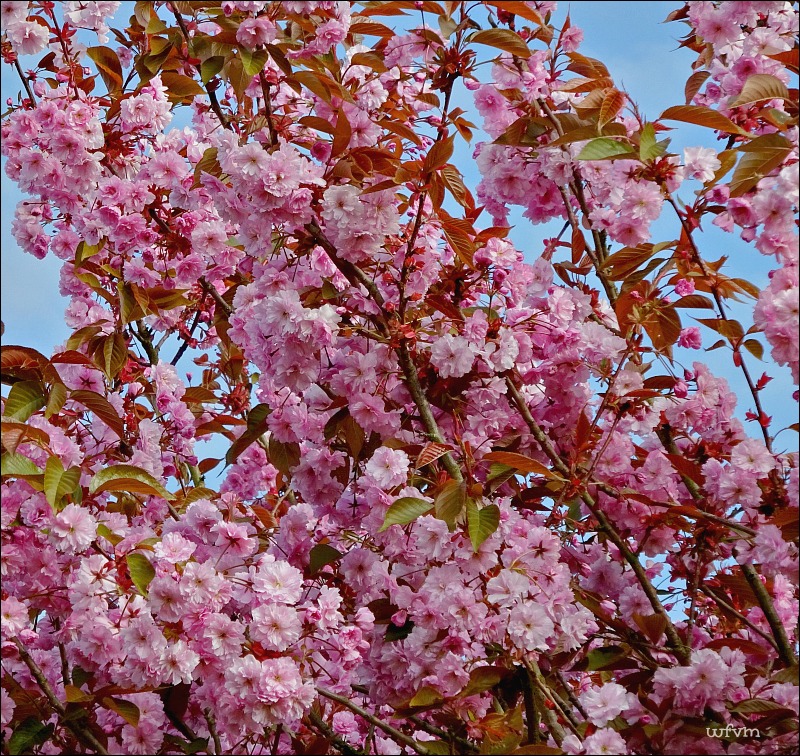 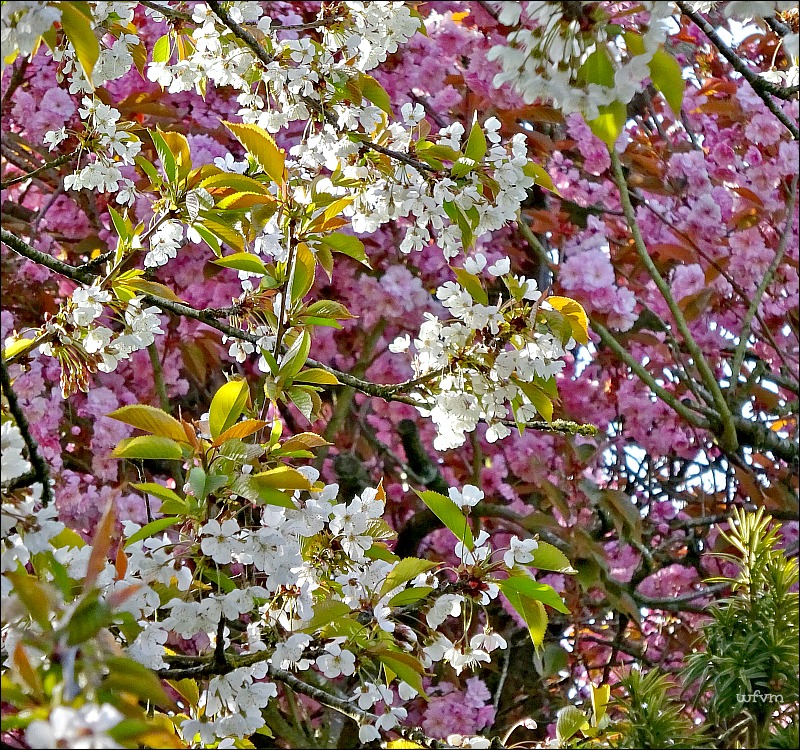 soon the petals will float away like wedding confetti on the wind
Posted by Rosemary at 07:35