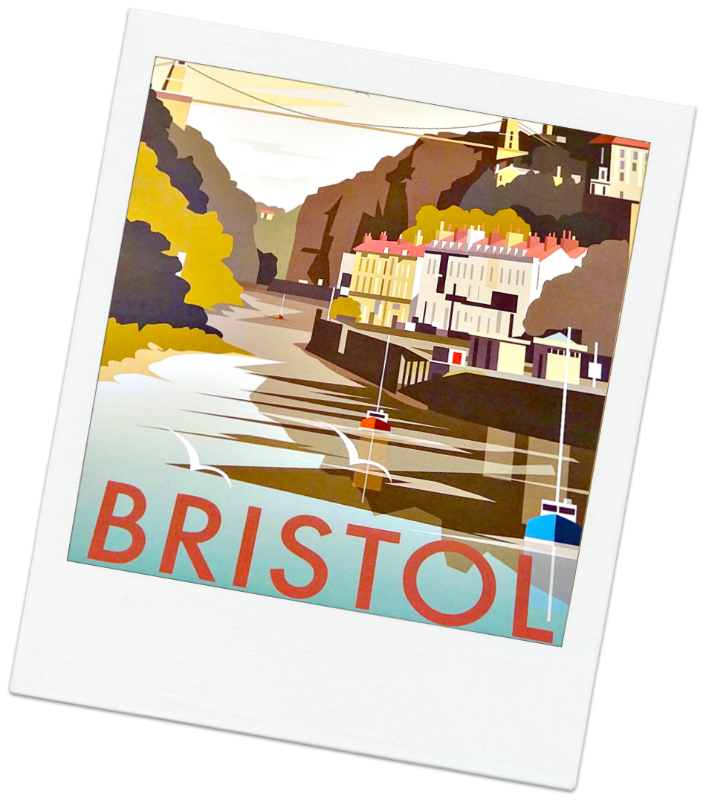 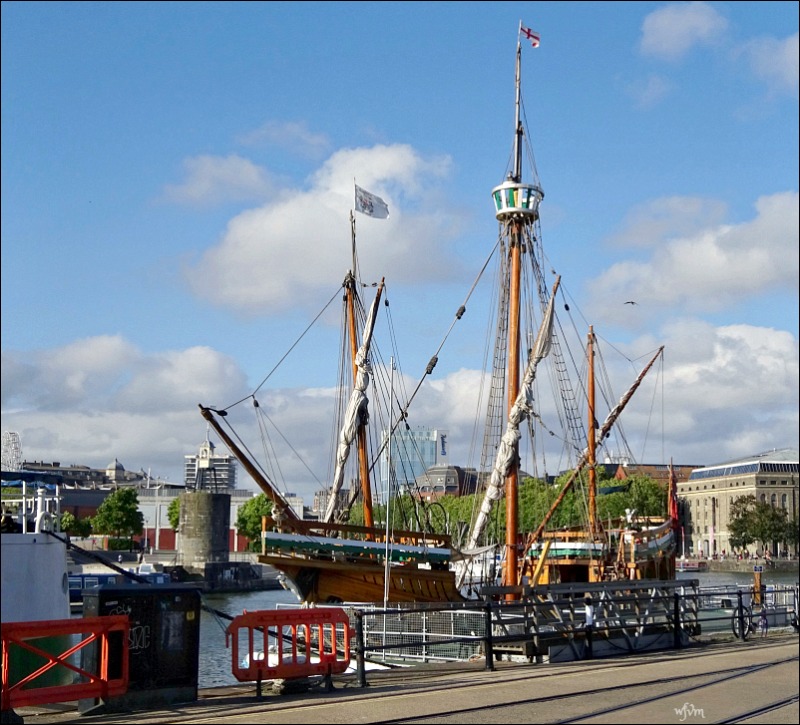 Above is a conjectural reconstruction of the 'Matthew' which John Cabot sailed from Bristol in search of new lands.
At the end of the c15th knowledge was scarce, it is difficult for us today to appreciate or comprehend just how ignorant and illiterate the majority of people were. Nevertheless, even from humble beginnings great persons did emerge.
Giovanni Cabboto - John Cabot, was born in Genoa in 1450, the son of a spice merchant. By the time that he was 11 years old his family had moved to Venice, and there the young John worked in his father's shop. However, during his mid 30s he spent several years learning to became a skilful mariner. Knowing that spices came from the East, and that it was possible, though not proven, that the world was round he was convinced that by sailing westwards he could explore and tap into the riches found in the orient. 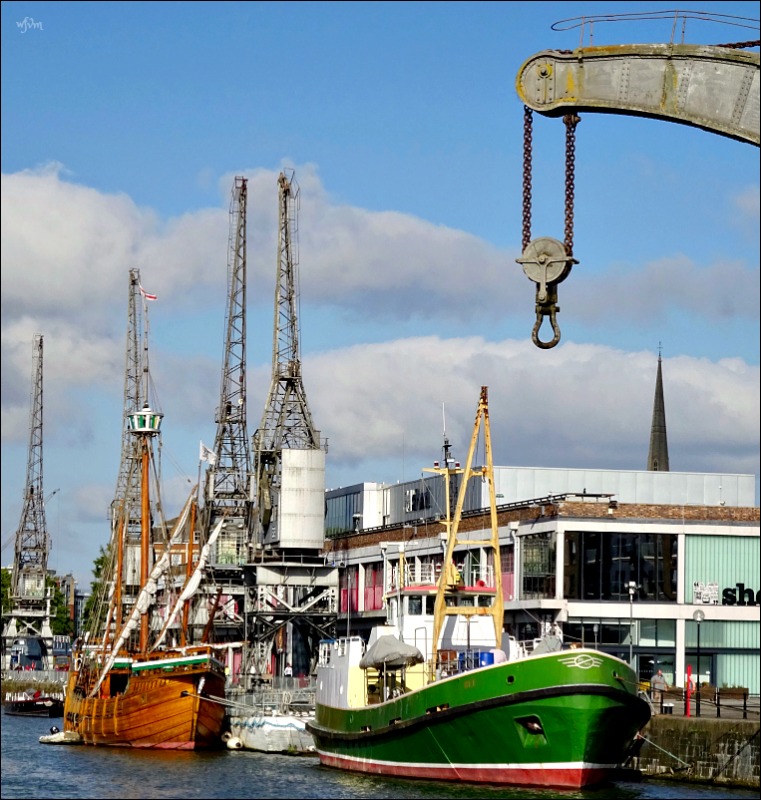 In 1495 Cabot came to Bristol hoping to find a sponsor for his voyage and was introduced to a group of merchants who were keen to expand their trade.
Impressed by Cabot they arranged an audience for him with King Henry Vll in London, and on 5th March 1496, Cabot secured letters patent from the King (a letter of authority to make a voyage and claim lands on behalf of the monarch). 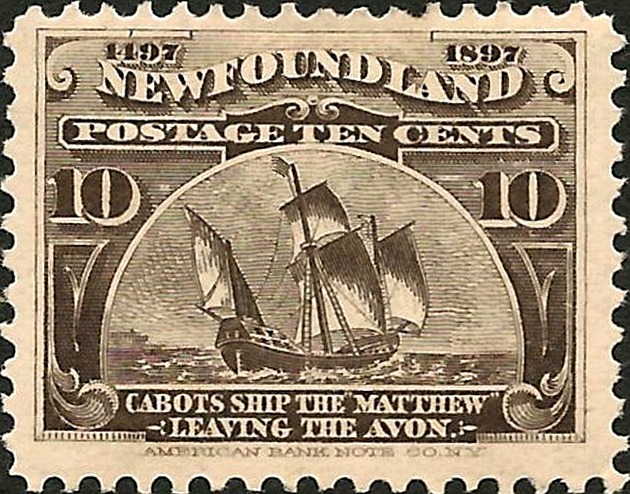 via
Thirty-four days after sailing west from Bristol, Cabot sighted land. The exact location is disputed, but it is thought that it could have been southern Labrador, Cape Breton Island, or mainland Nova Scotia, but many consider that it was 'New-Found-Land'. When Cabot went ashore, he reportedly saw signs of habitation but no people. However, he returned back to Bristol along with several pieces of evidence from his voyage amongst which was a needle for making nets, a snare for catching animals and the complete jawbone of a whale. Cabot had not discovered a passage to Asia as was his initial intention, but instead discovered a continent - a continent that most of the world had no idea existed. 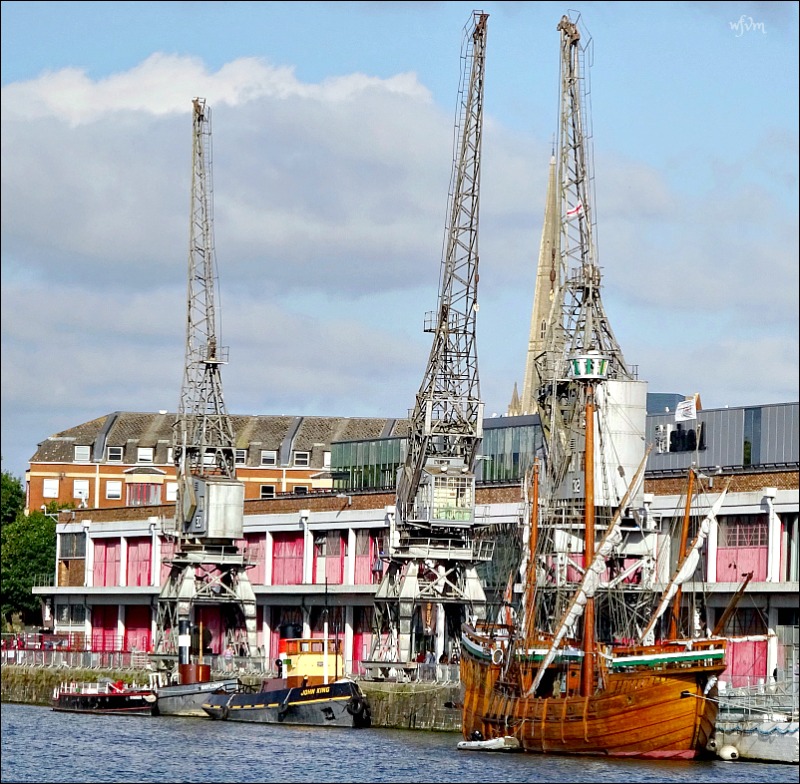 Cabot set off again the following year in February 1498, but this time he had five ships and 200 men. His intention was to continue westward from his first landfall until he reached the island of Cipangu (Japan). Several weeks later one of his ships, which was badly storm damaged, limped into coastal waters off Ireland. However, Cabot, and the other boats were never heard of again, and it was presumed everyone perished at sea. 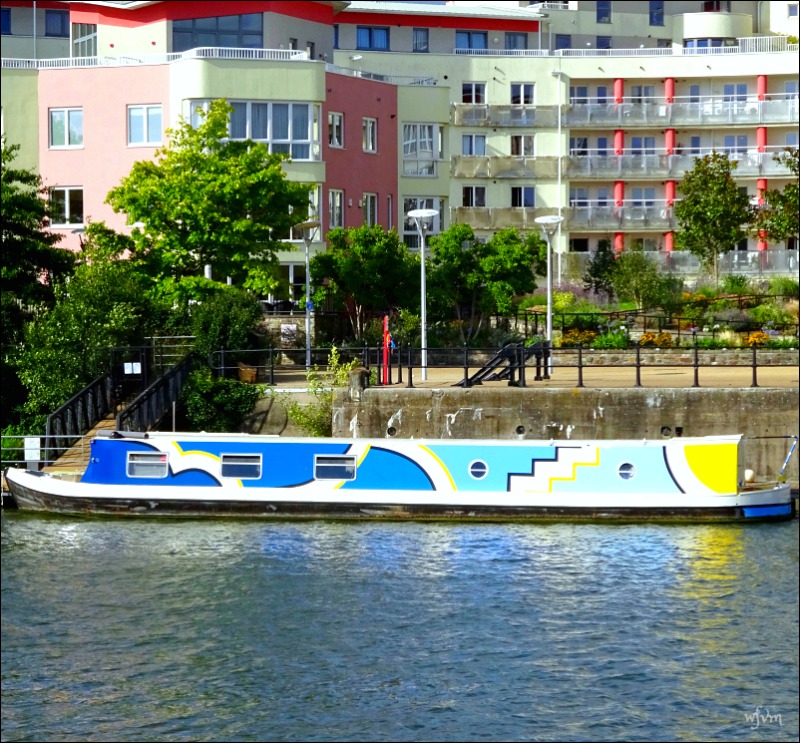 It was a lovely sunny afternoon to walk along the water front whilst passing some interesting vessels on the way - this canal boat has been decorated in an Art Deco design. 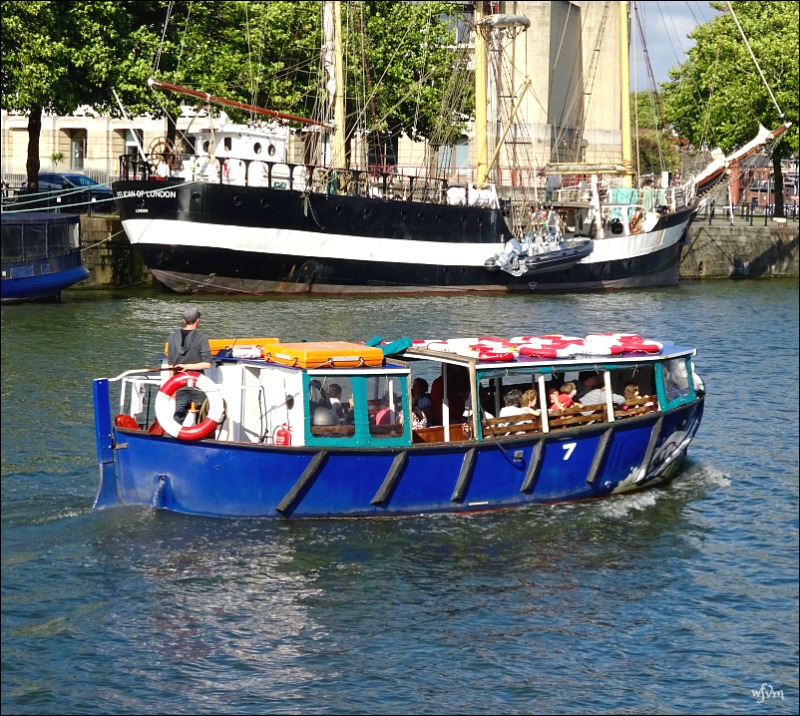 you can take a trip on a ferry, 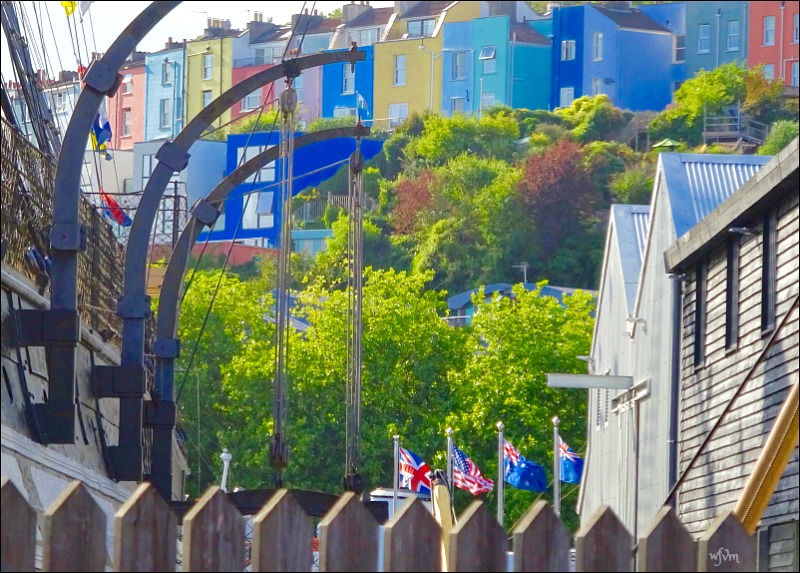 or visit a really great ship, a jewel in Britain's maritime history, built to great acclaim in 1843. She returned back home to the dock of her birth almost 50 years ago having lain on the seabed for 33 years, some 8,000 miles away.
Having now been fully restored to her former glory, we had no time for a visit as our granddaughter had invited us to her home for supper. The story of this great ship will have to wait for another visit.
Posted by Rosemary at 09:44