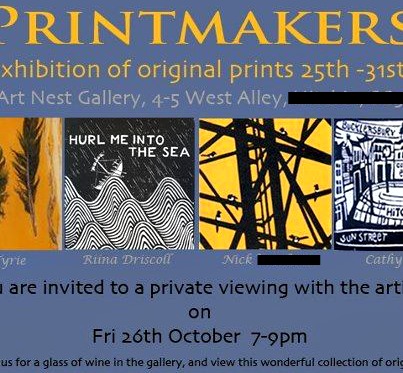 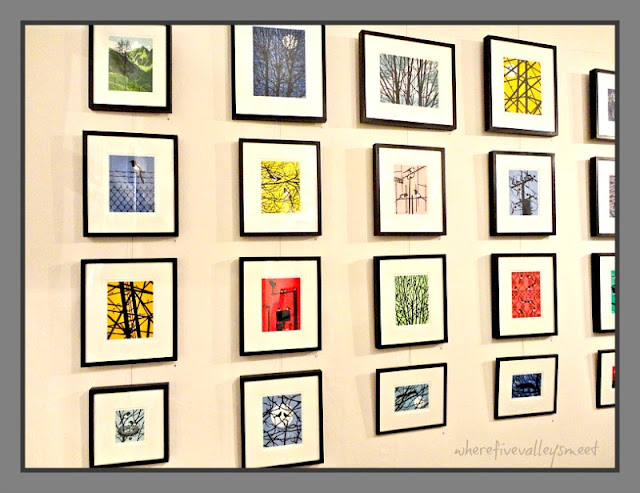 Although youngest son is a Teacher of Special Needs pupils he is also a Printmaker.

He has a studio at the bottom of his garden where he diligently works away making lino cuts and printing them off in limited editions during his spare time.

Recently he had a private view in a gallery along with three other printmakers. 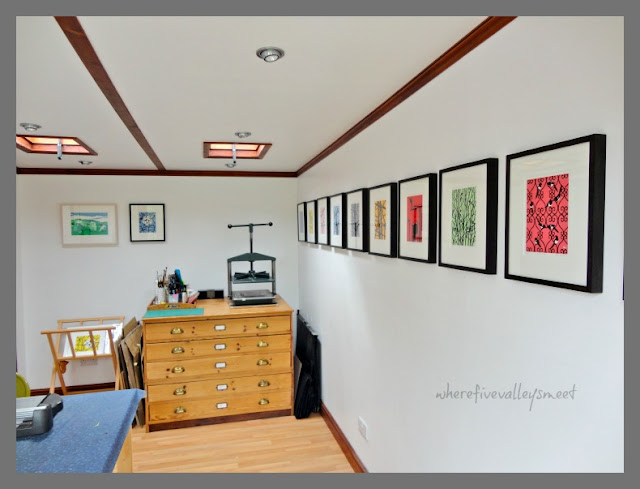 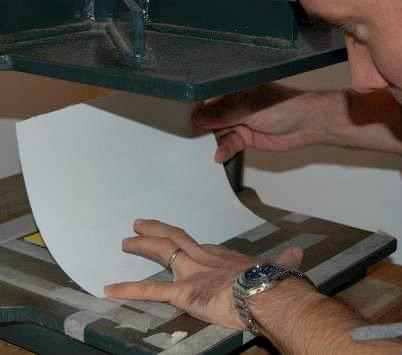 Each print takes several linocuts to achieve the different layers of colour, all of which have to be meticulously cut out in a negative format. 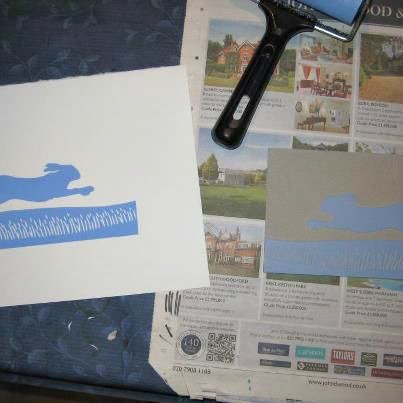 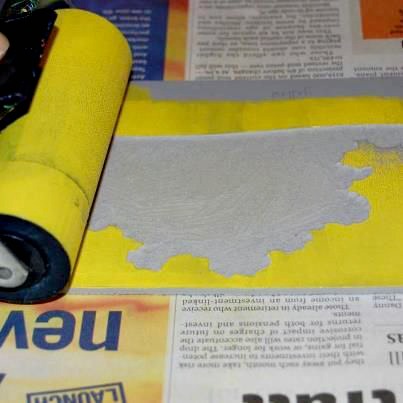 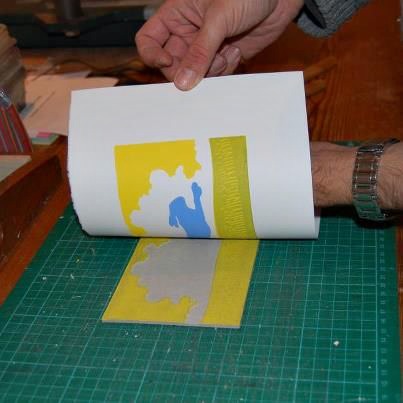 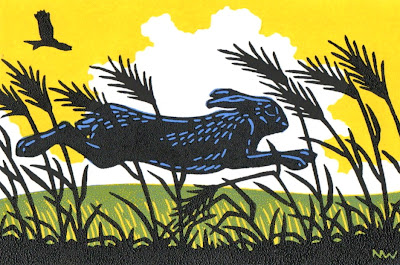 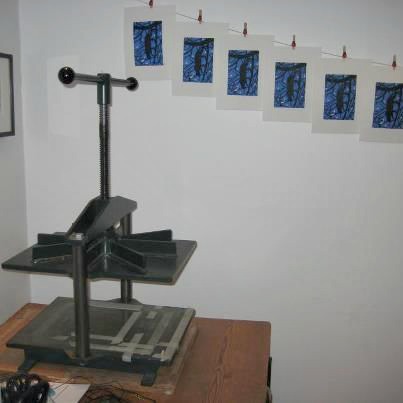 Every layer of colour takes time and care and has to hang on a line to dry. 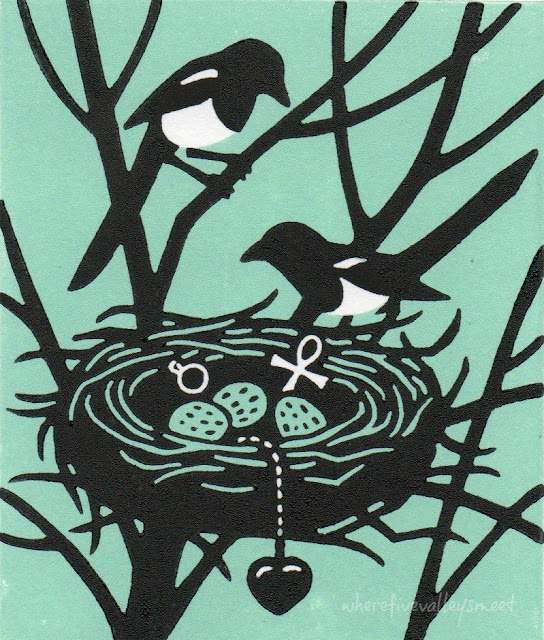 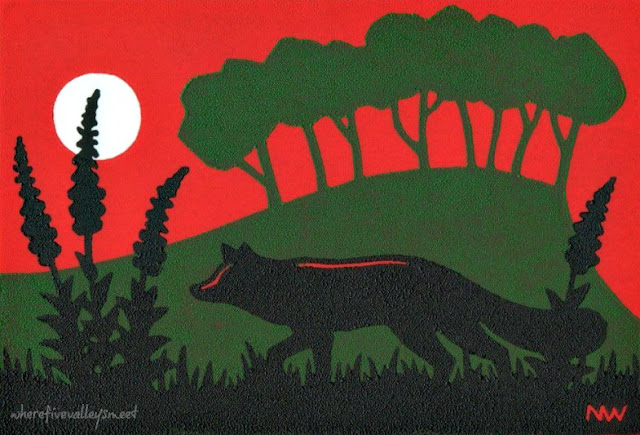 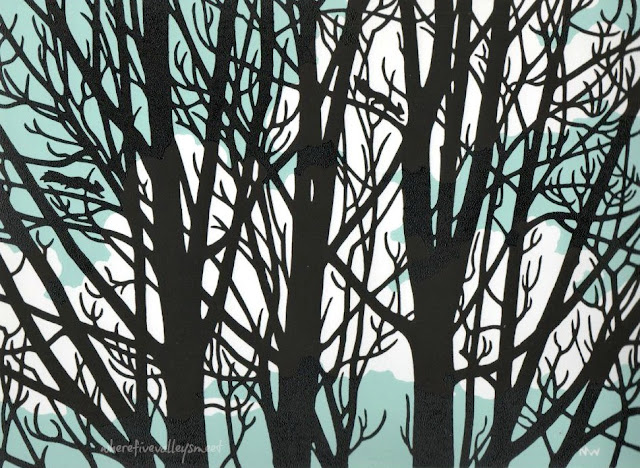 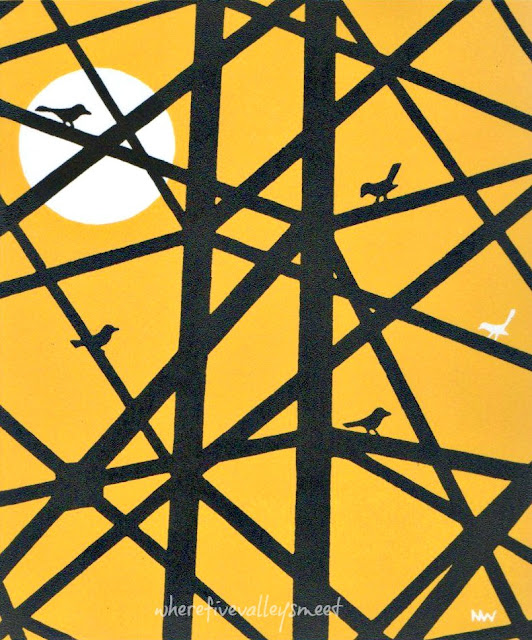 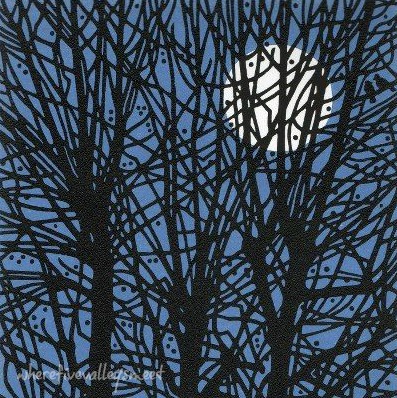 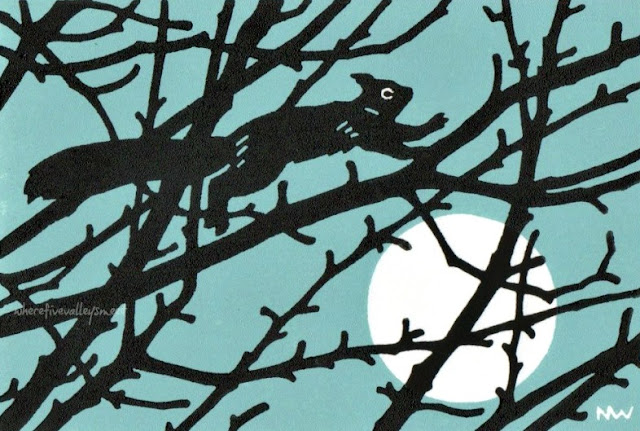 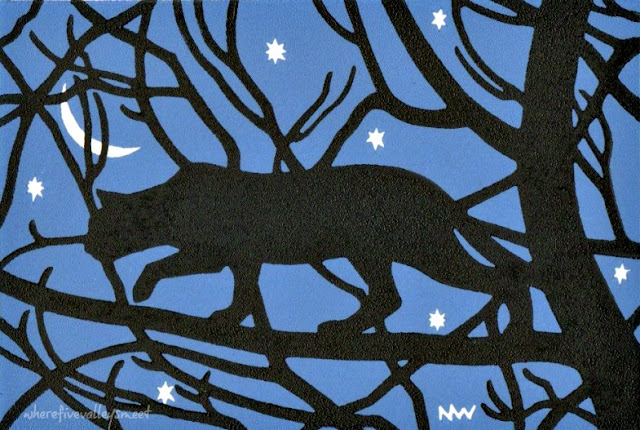 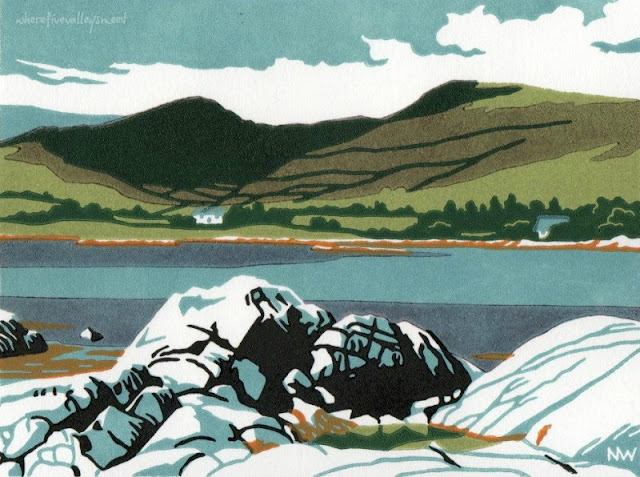 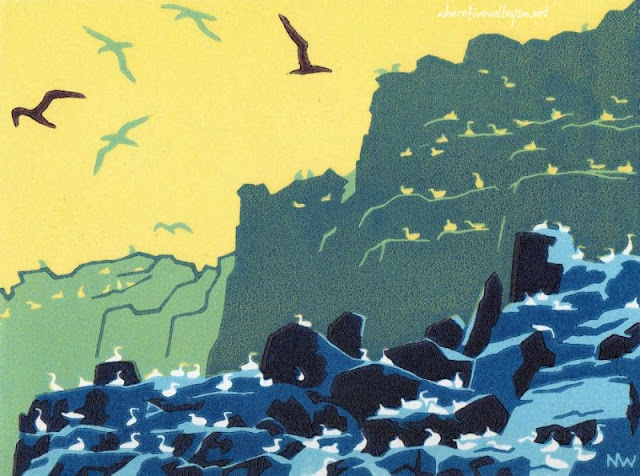 Gannets on "The Skelligs"
Obviously his linocuts feature extensively on our walls including these two views from southern Ireland. They are going to be included in a book called Irish Landscapes, he still has two more to do. 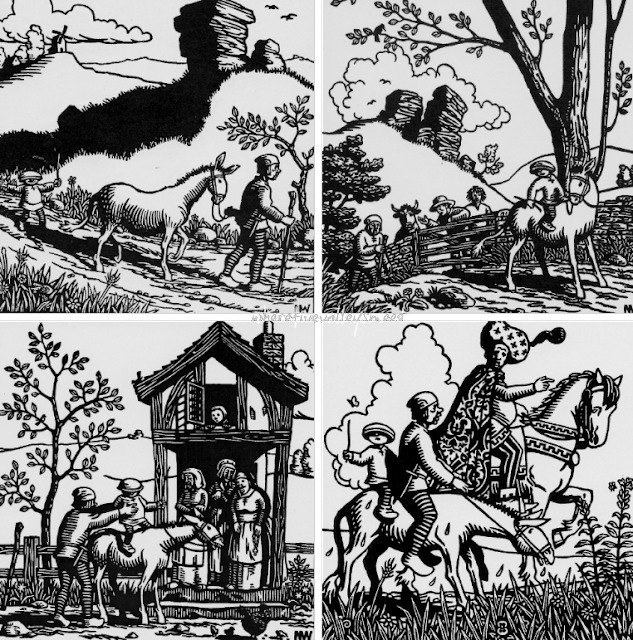 A collage of some linocut illustrations that were used to illustrate an Aesop's Fable of The Miller, His Son, and Their Ass. The book had 16 illustrations plus one each on the front and back cover. It was printed on handmade paper in a limited edition by a private press a short while ago.
Posted by Rosemary at 08:00