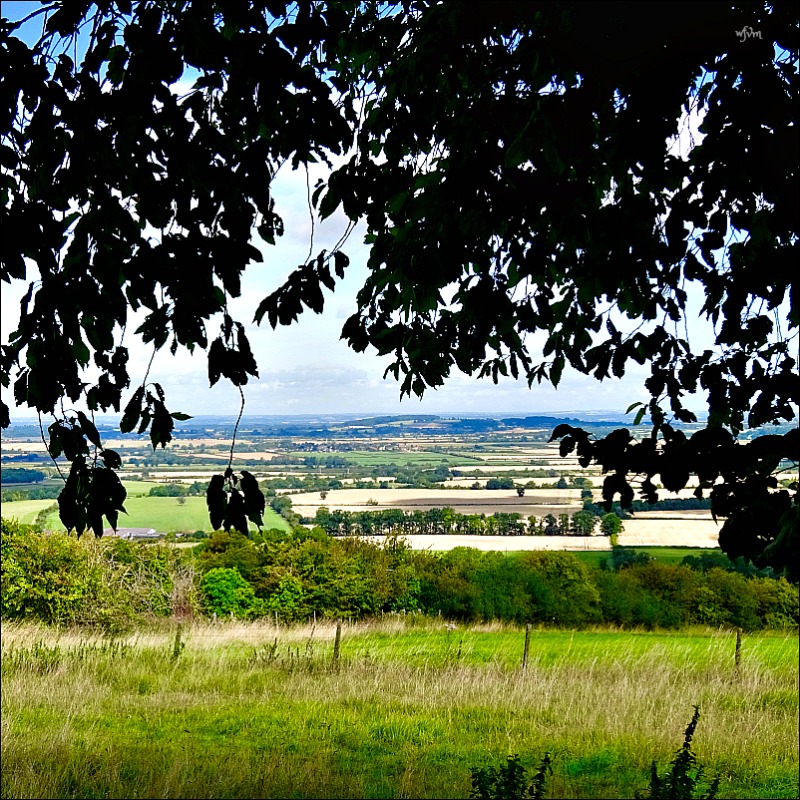 It's a long gradual climb to the top of White Horse Hill, but the higher you get the more spectacular and rewarding are the far reaching wide views across several English counties. 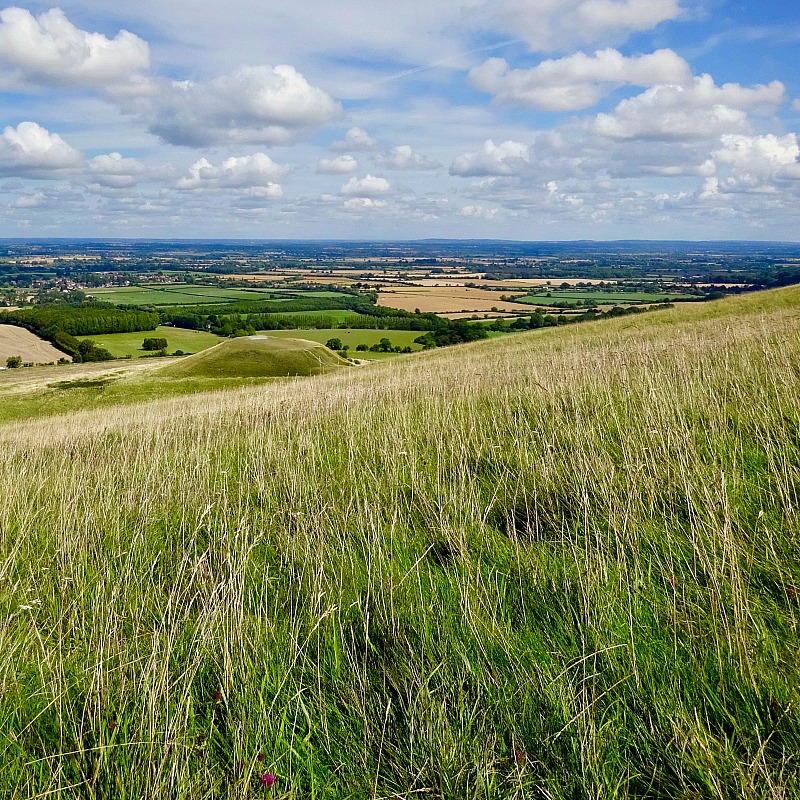 Dragon Hill
This extraordinary shaped hillock is a natural outcrop from the main downland escarpment, which was scoured by meltwater during the Ice Age. It was later quarried and the top was levelled by the Dobunni (a Celtic tribe living in Britain before the Roman invasion) making it the shape we see today.
Its striking appearance led to its being forever linked in legend as the site where St. George fought and slew the ferocious fire-breathing dragon. The white mark that can just be seen on the top of Dragon Hill is said to be where the dragon fell down dead, its blood so poisonous that grass has never grown there again.
A less exciting explanation is that the very high levels of potash found on its summit are as a result of the site having been used by pagans for ceremonies which involved ritual fire and sacrifice. During the 1950s Dragon Hill was also witness to a meeting that took place between atomic physicist Klaus Fuchs and the Russian Secret Service when he passed secrets to them about the hydrogen bomb. 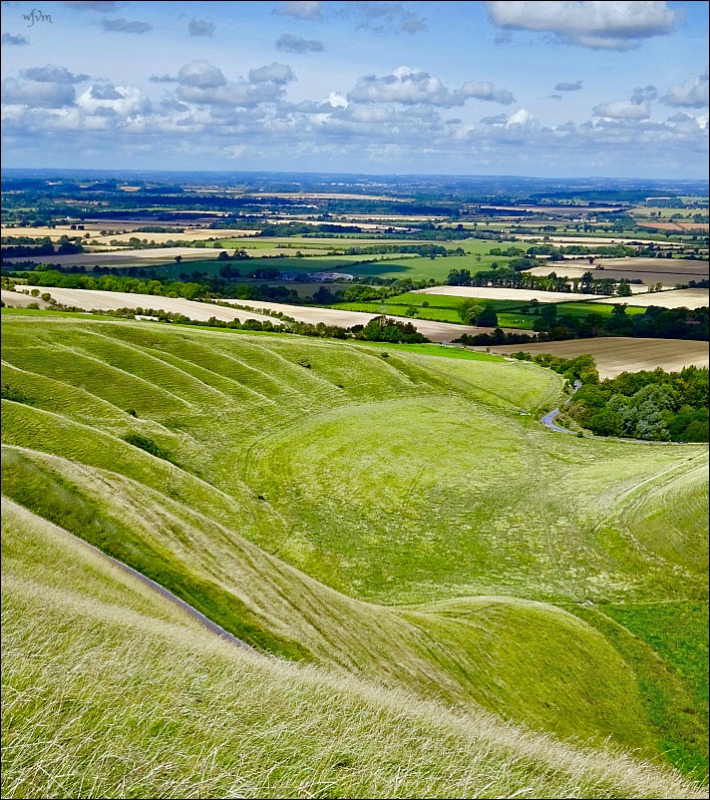 As we near the summit of the hill, the landscape slowly reveals itself in all of its undulating glory, a landscape that for thousands of years has been steeped in mystery, mythology, legend, archaeology and history. 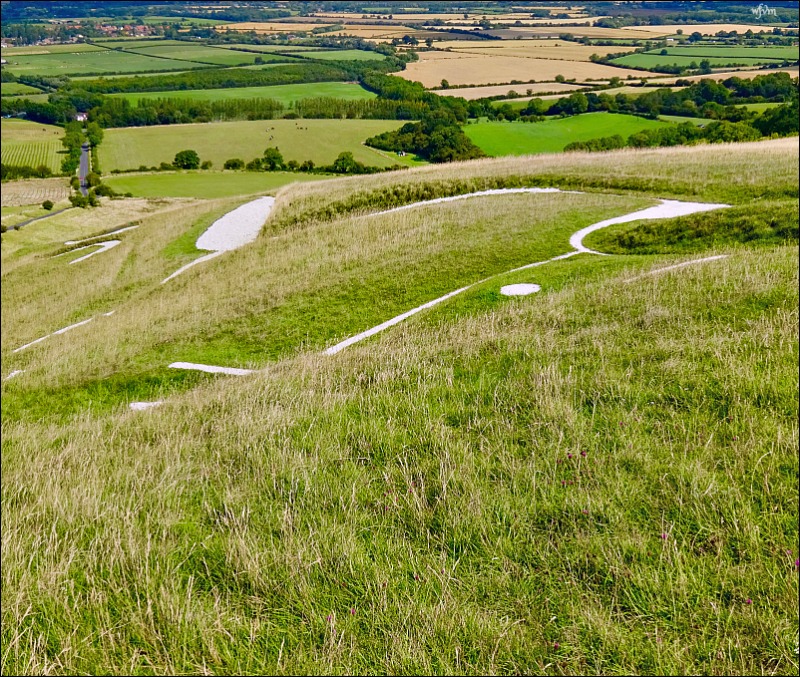 Having now climbed to the brow of this ancient hilltop we can now see the oldest chalk figure in the country which dates back 3,000 years to the late Bronze Age. Its exquisite linear form dominates the brow of White Horse Hill, and yet no one really knows how it was made. To give some idea of the scale of the horse it measures 110m (360ft) long, and in my photo you can see one large round white circle which represents the horses eye. 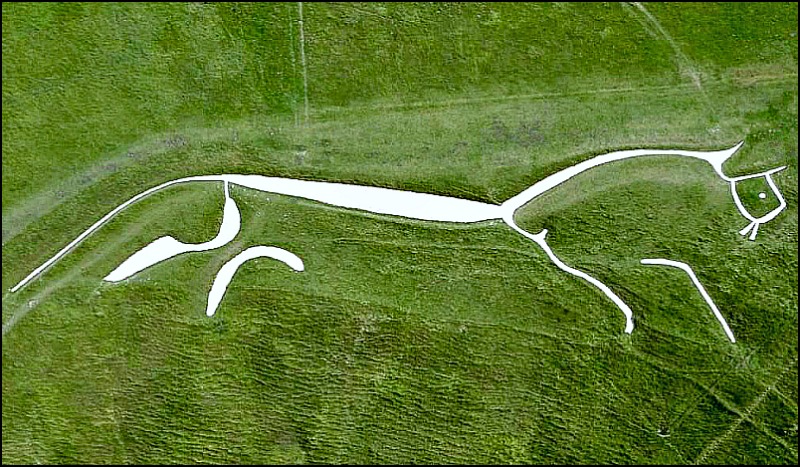 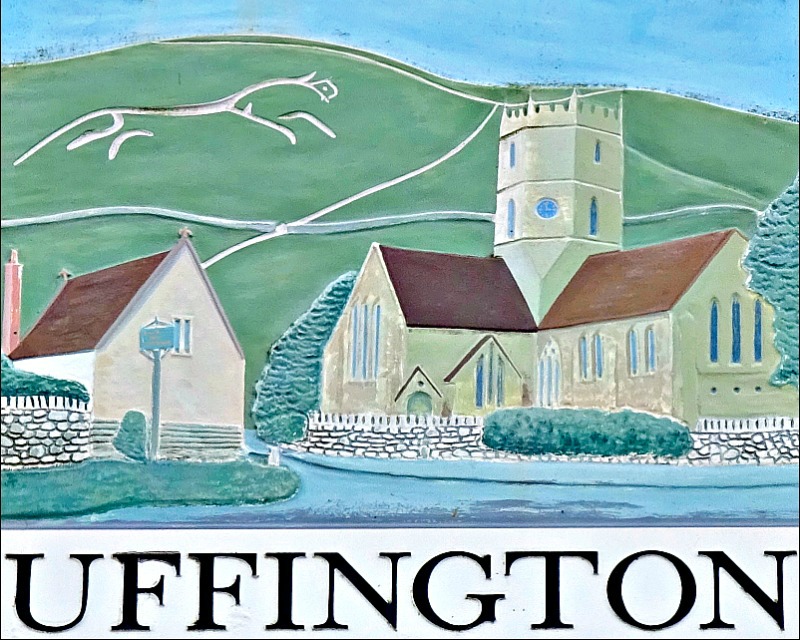 This unusual octagonal church tower was originally surmounted by a stone spire, which was "beat down by tempest, wind, thunder and lightning on 2nd December 1740".
Should time permit then it is worth paying a visit to Uffington which nestles beneath White Horse Hill - a pretty village with small lanes and pathways lined with chalk stone cottages, thatched roofs and roses round the doors. It is where John Betjeman, English poet, broadcaster, and founding member of the Victorian Society made his first home. He was the churchwarden at St. Mary's church known as the 'church in the vale'. When electricity was first introduced into the church in the 1930s, John Betjeman insisted that the old church oil lamps be preserved and converted to take the new electrical supply. 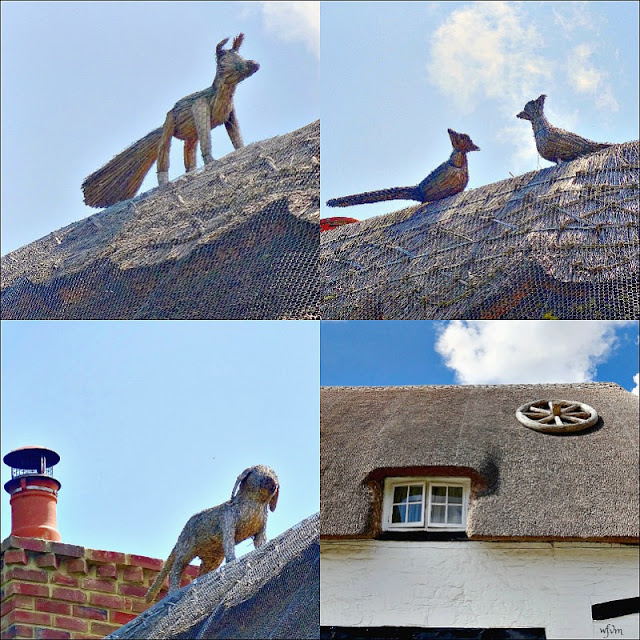 Many of the rooftops in the village display straw finials, highlighting the skills of the local roof thatchers.
Posted by Rosemary at 08:19