Signs, Symbols, and Meanings in Art (No.2)

Flowers, and their context, in paintings. 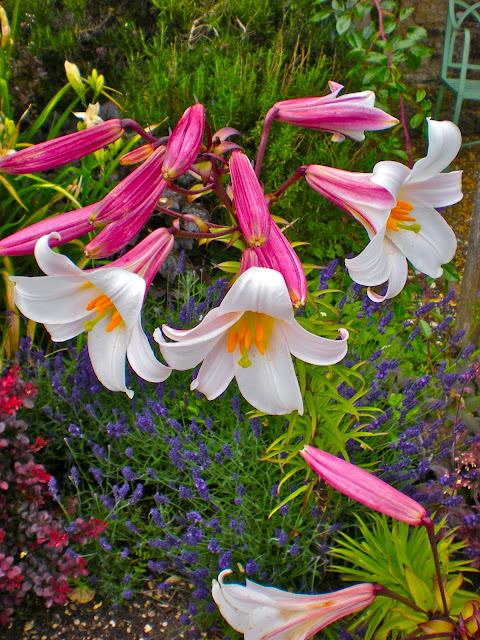 Flowers are the attribution of the goddess Flora. Flowers sprang from those who died of unrequited love;
Adonis - violets;
narcissi from Narcissus;
hyaciths from Hyacinthus.
Flowers may be used to indicate Paradise or Eden.
In the Middle Ages flowers had a Christian significance; red flowers represented the blood of Christ's Passion; white flowers especially the lily, iris and roses (without thorns) the Virgin's purity.
Flowers also had a numerical significance; five petals symbolised the wounds of Christ and triple leaves the Trinity i.e the clover and shamrock leaf.
In still life paintings, flowers may represent the impermanence of life as a memento mori. 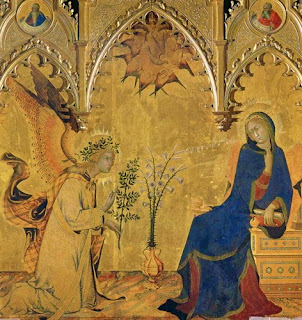 In the above painting by Bramantino - Madonna and Child (c1508)
We see the vase of red carnations indicating Christ's crucifixion, and the apple being held for Christ by the Virgin signifying salvation and redemption from Original Sin. 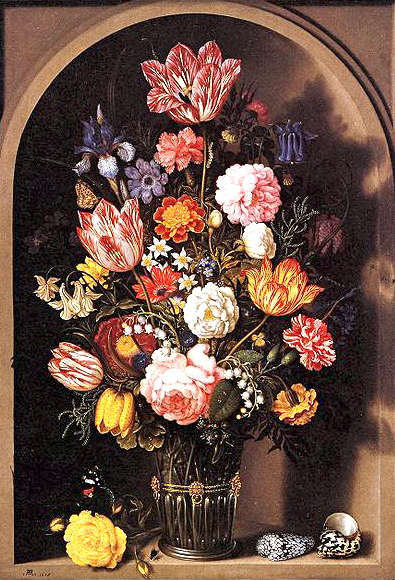 butterfly & fly
This painting - A Vase of Flowers by Ambrosius Bosschaert the elder (c1620) shows an impossible mix of flowers from all the different seasons. He wants us to know that the earthly loveliness of the flowers is transient. A sense of passing beauty and decay are also conveyed  by the fly in the foreground and the butterfly on the yellow rose. The shells allude to the newly discovered territories by the Dutch.
Signs, Symbols, and Meanings in Art (No.1) and (No.3) here.
Posted by Rosemary at 09:00