Today it is well known for hosting major annual Literature, Jazz, Science and Music festivals; featuring nationally and internationally famous contributors and attendees.
In a tiny alleyway off the High Street in Cheltenham I found a mosaic wall featuring an event that happened in 1934.

Once upon a time the Circus came to town. 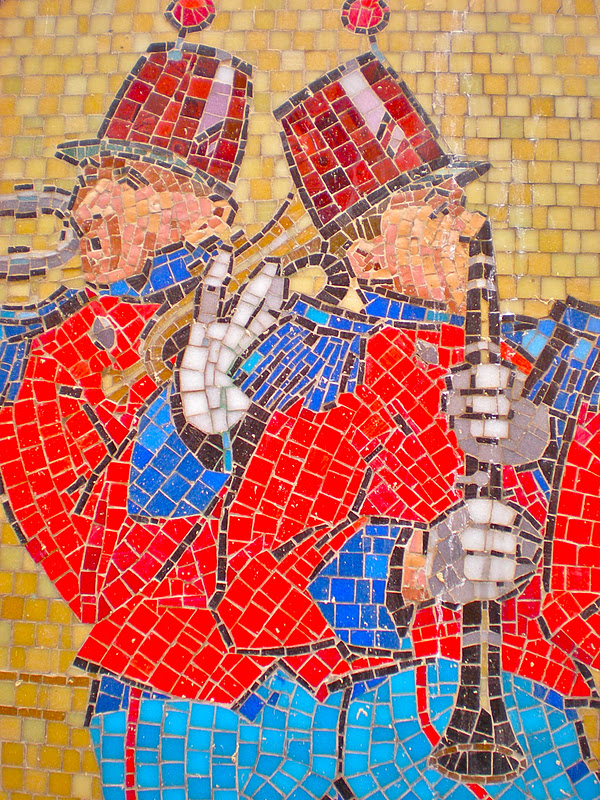 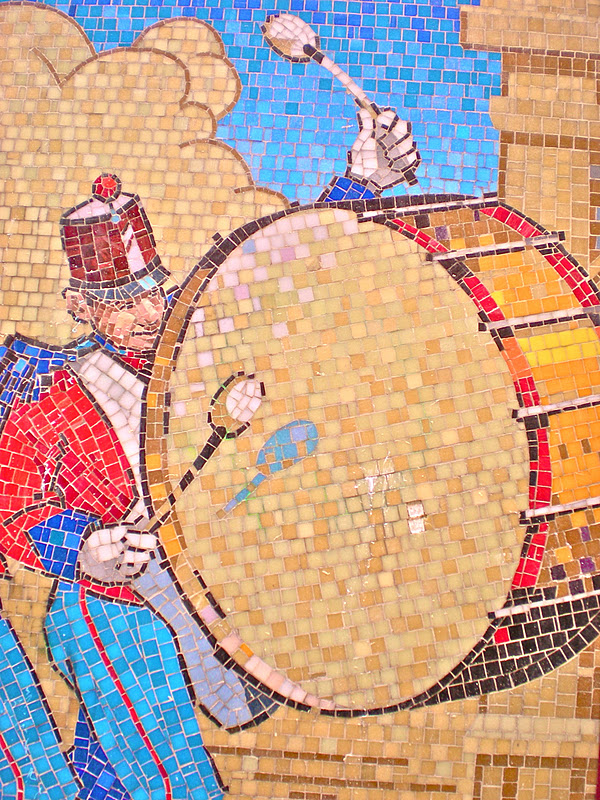 the drummer banged and.... 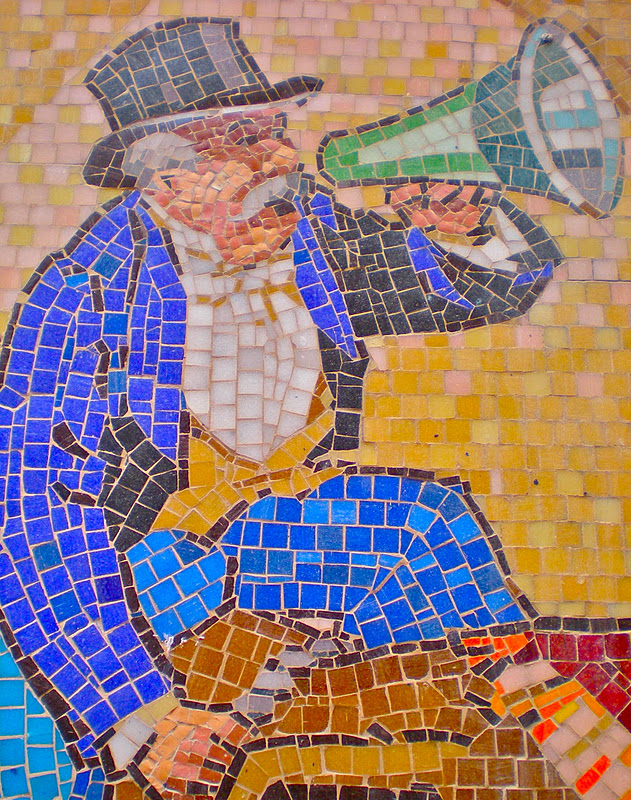 the Ringmaster proclaimed, roll up, roll up, for the elephants 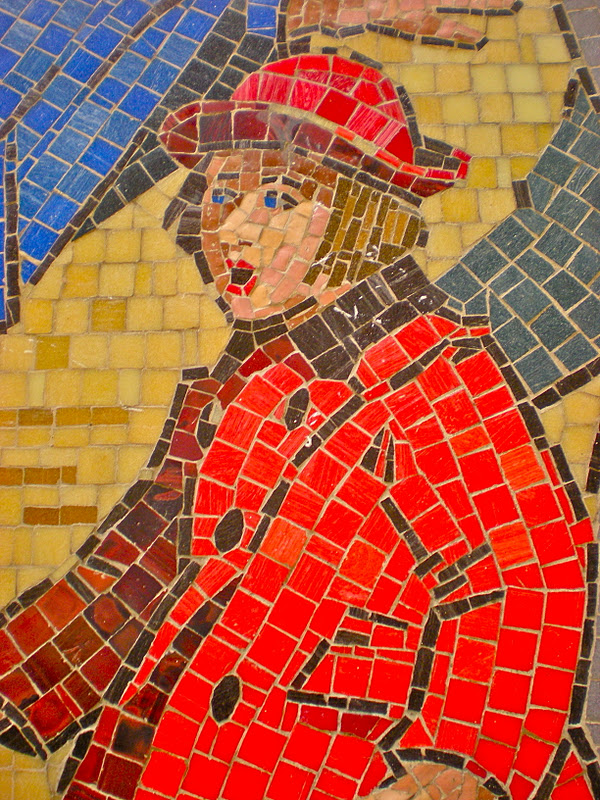 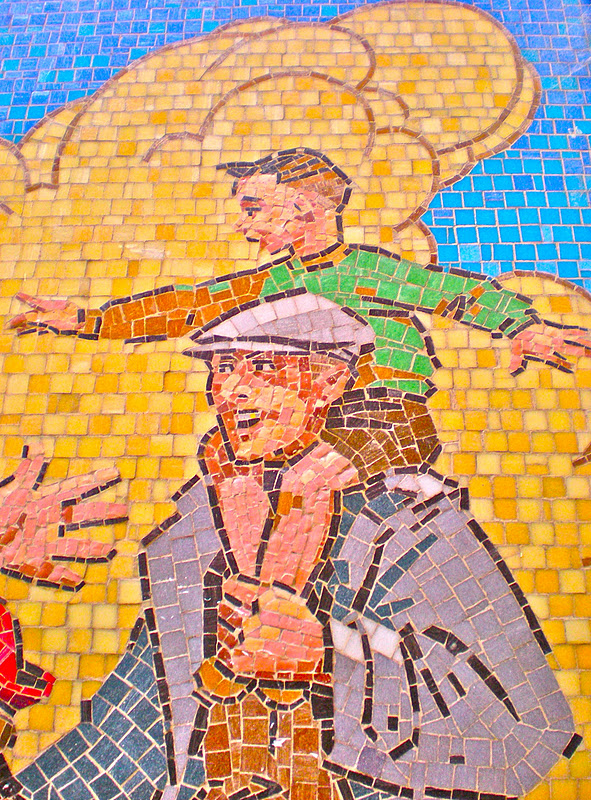 her brother and father 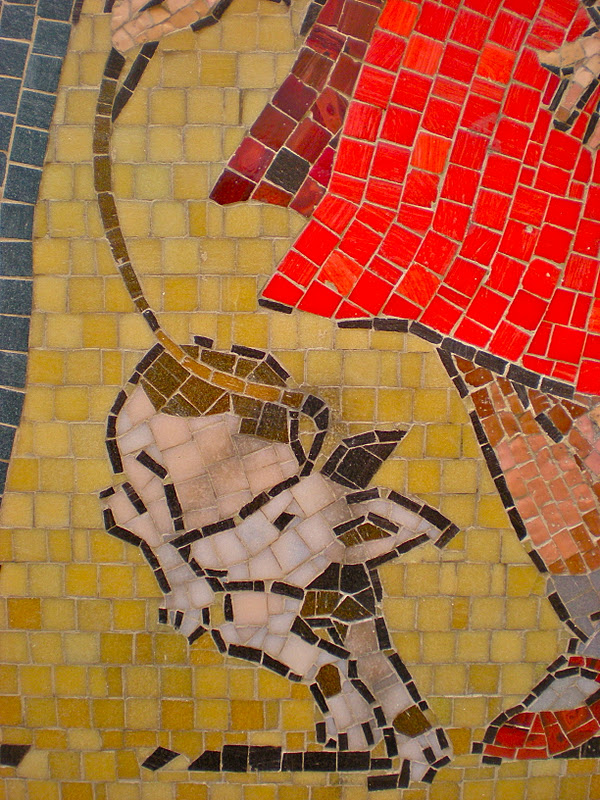 and their little dog jumped for joy. 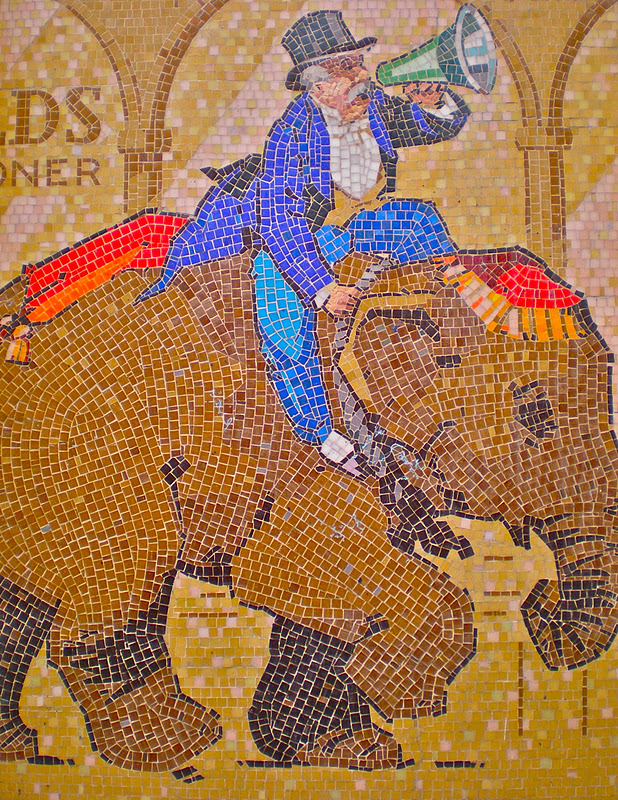 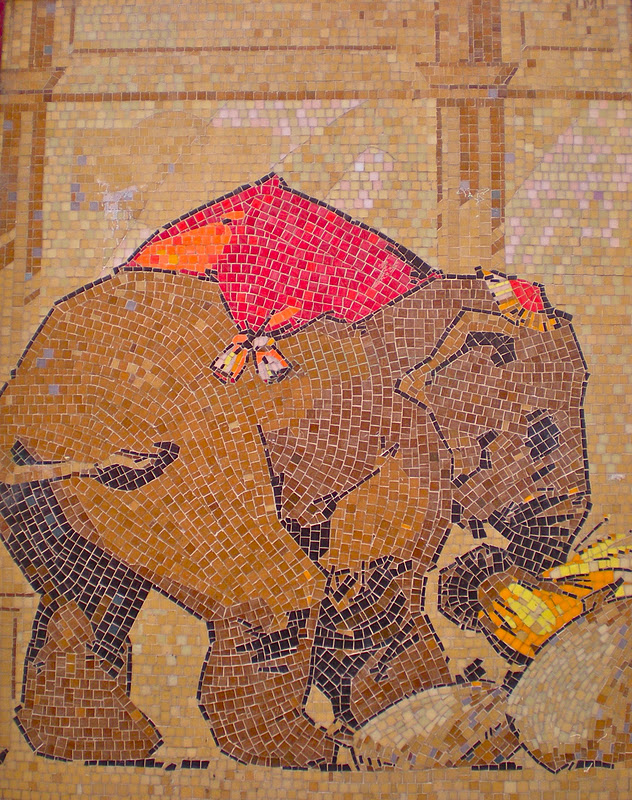 Suddenly, without warning, the elephants stampeded, enticed by the irresistable aroma drifting from Bloodworths Seed Merchants shop. One elephant entered the shop and another got half inside. The elephant keeper struggled to get them out.... 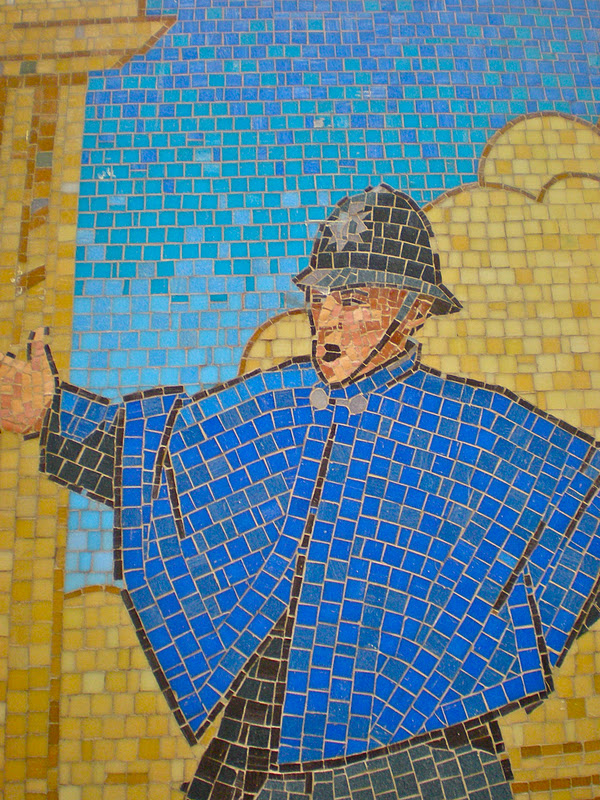 the local policeman watched with both alarm and amusement.... 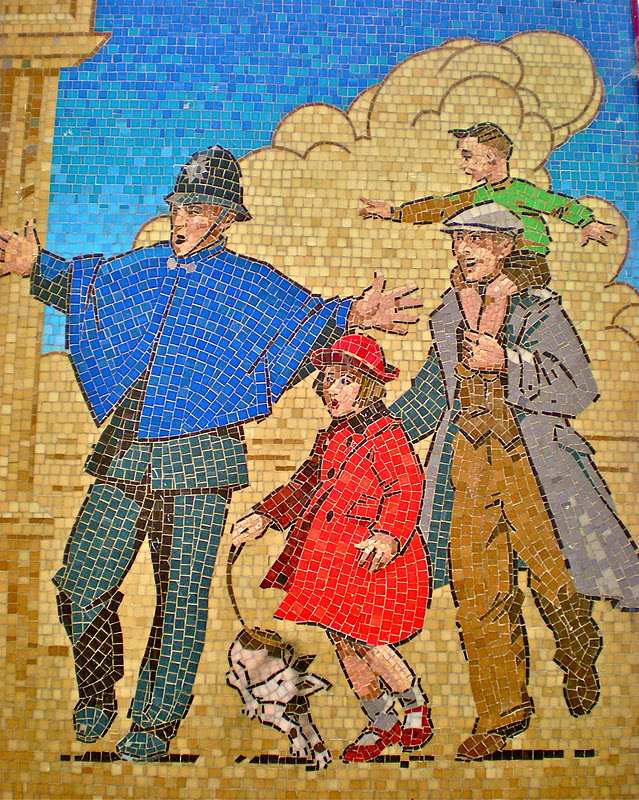 as did the spectators.... 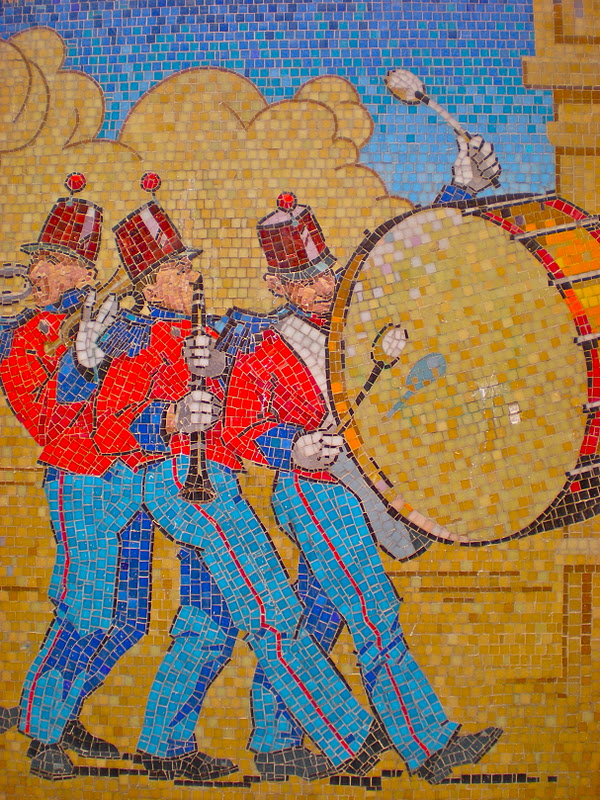 and the band played on.

Change Of Diet Idea In Cheltenham

Three elephants from Chapman's London Zoo Circus were passing with two keepers along Albion-street, Cheltenham at lunch time today when opposite the shop of Bloodworth and Sons, seed merchants, a small stampede occurred, and one elephant finally entered the shop and another got half inside.
Even an elephant likes a change of diet, and Jumbo can be decidedly awkward when he plans to vary the menu himself.
Mr. W. T. Goodhall, manager of the shop was attending to his books when he heard shouting. Looking up he saw a giant shape shambling through the doorway.
Imagine his surprise when, with mind calmy engrossed with pounds, shillings and pence, in walks an elephant and without so much as a by your leave, helps itself to seed potatoes, dog biscuits, meal and other elephantine luxuries.
One of the keepers was unable to get in to the shop until the elephant, which completely filled the threshold, had entered. Once inside the keeper set about forcibly changing the elephants mind. His task was made more difficult for another elephant was already half way through the door.
The other, still in the road, was being kept under control, and after about five minutes of belabouring the intruders were evicted. Fortunately very little damage was done.