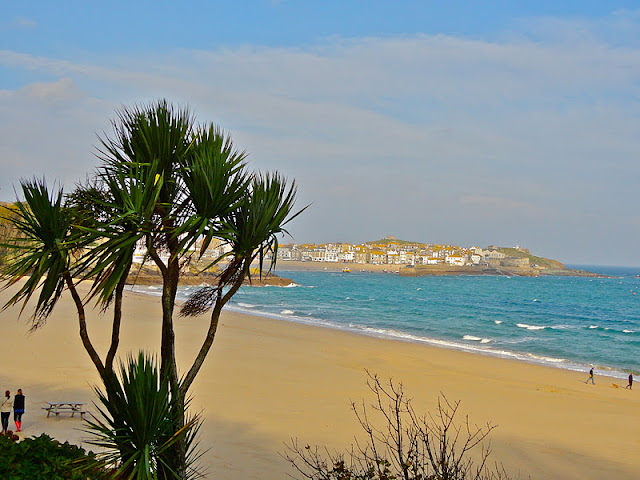 Today is H's birthday, and we have celebrated by having a few days away in the SW corner of England which has its own micro-climate - St Ives. 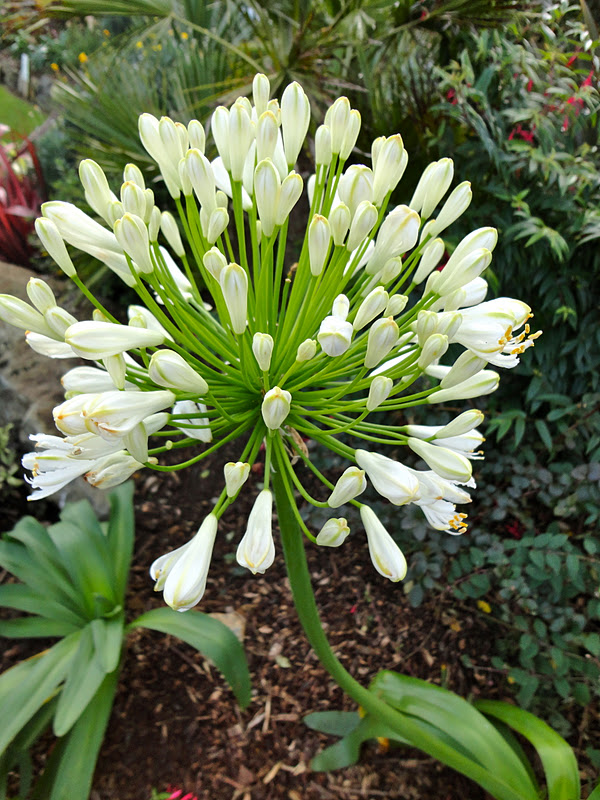 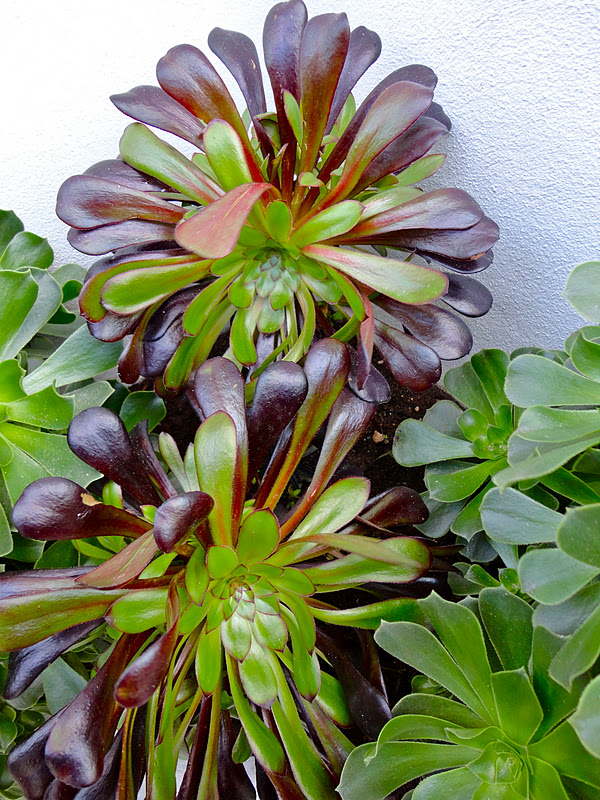 Aeoniums - if I left mine outside at this time of year they would turn mushy. 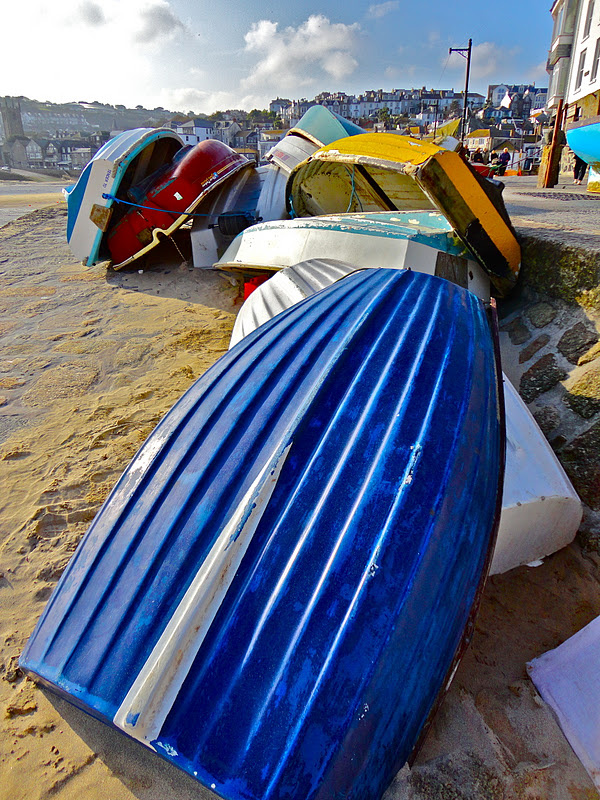 The area was beloved of the St. Ives school of painters during the early and mid part of the 20th C because of the special light it affords. 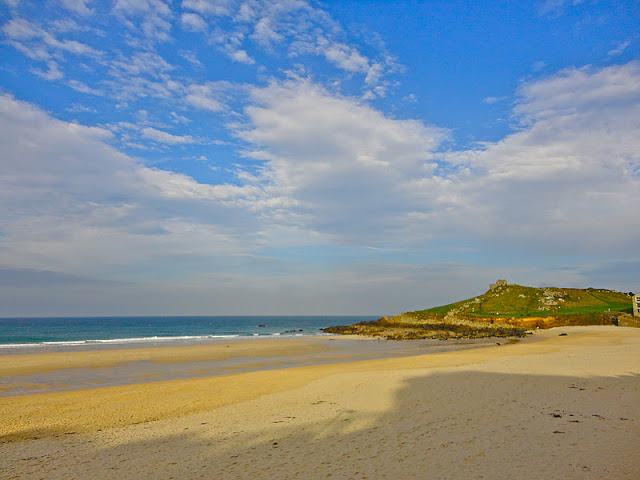 The bay where we stayed was a pleasant walk along the cliff top to St. Ives.
In the late 19th C on the opposite side of the peninsula, the Newlyn School of painters settled.  Among the Newlyn group are two of my favourite painters. 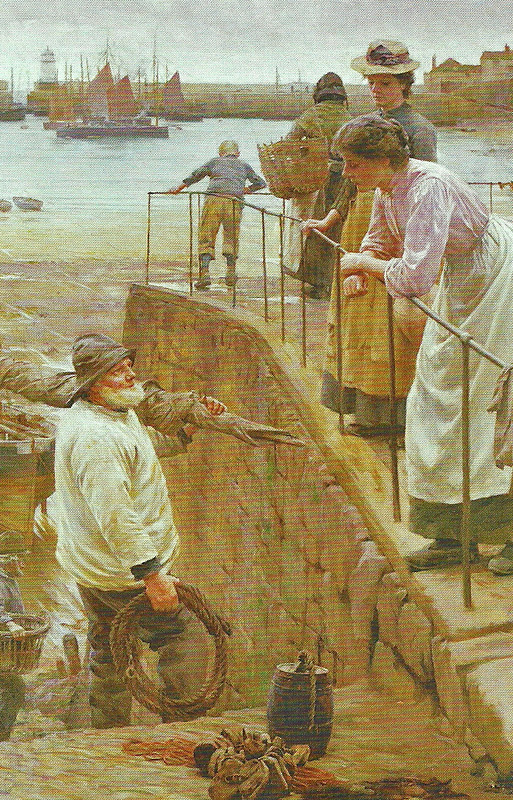 Between the Tides by Walter Langley - oil on canvass owned by Warrington Museum & Art gallery. 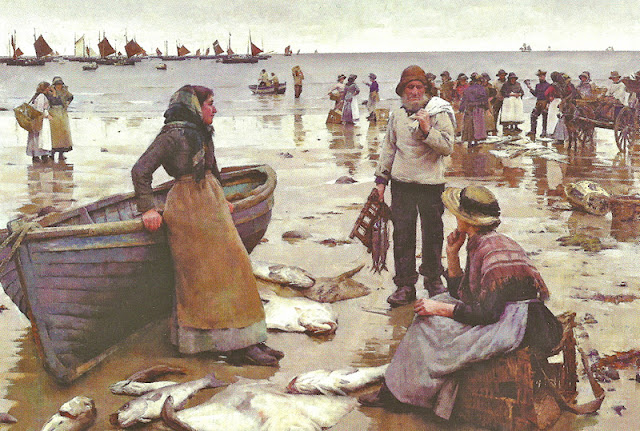 Stanhope Forbes - Fish for Sale on a Cornish Beach - owned by Plymouth City Museum and Art Gallery
Posted by Rosemary at 16:07