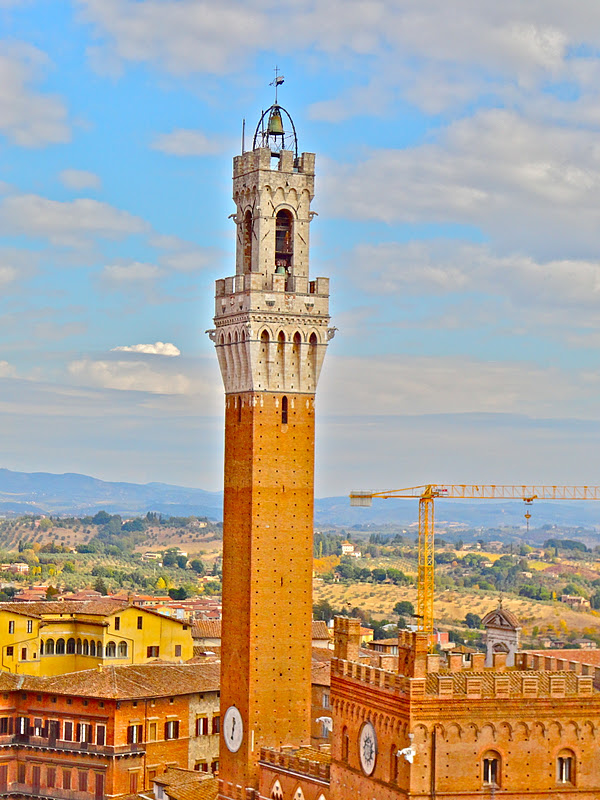 Palazzo Pubblico - the graceful Gothic town hall was completed in 1342. At 102m, the bell tower, Torre del Mangia is the second highest medieval tower ever built in Italy. 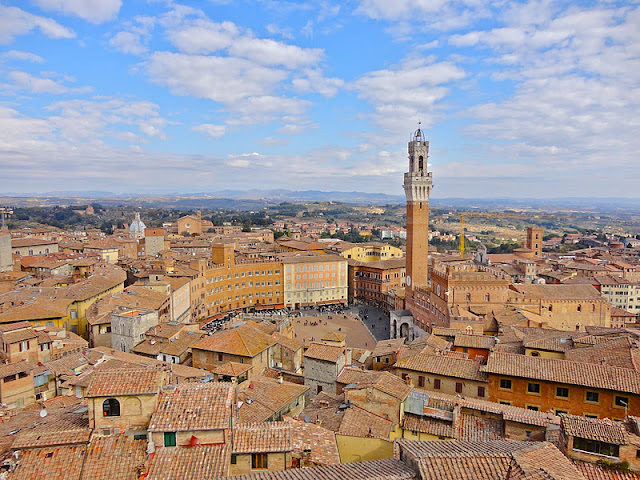 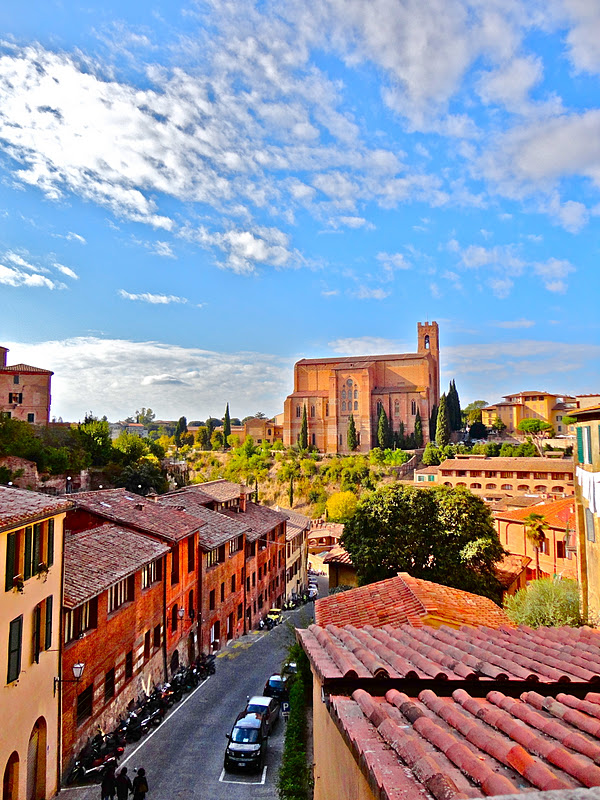 The church of San Domenico 1226 - holds the preserved head of the city's patroness, St. Catherine of Siena. 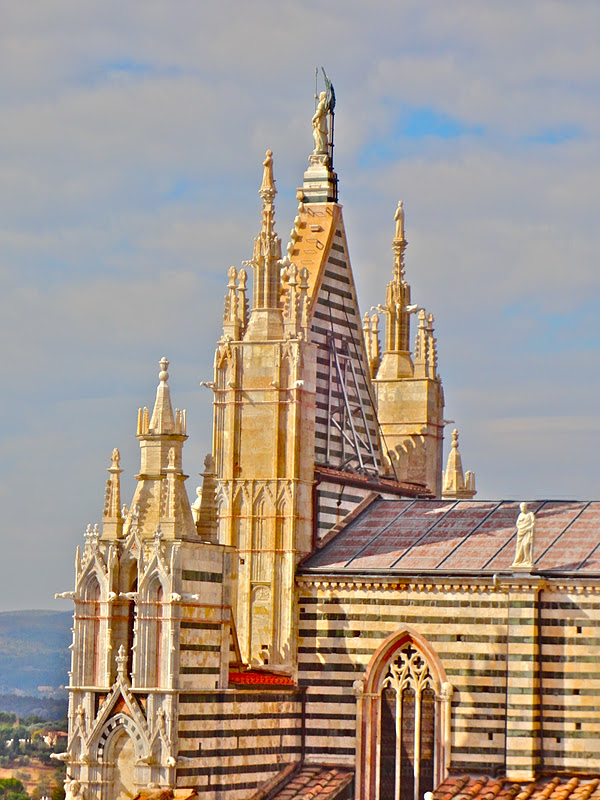 Looking at the rear of the front façade of the Duomo where a supporting structure can be seen. 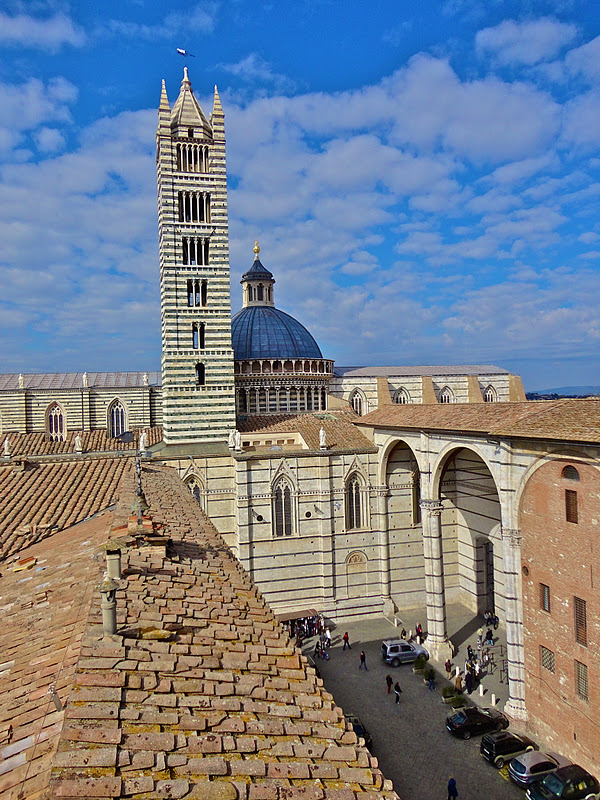 This view shows the unfinished nave. The most distant arch leads down to the Baptistry.  If the 14th C plans to complete the Duomo had come to fruition, the building would have become the largest church in Christendom.  The plans were abandoned when the plague of 1348 virtually halved the city's population. 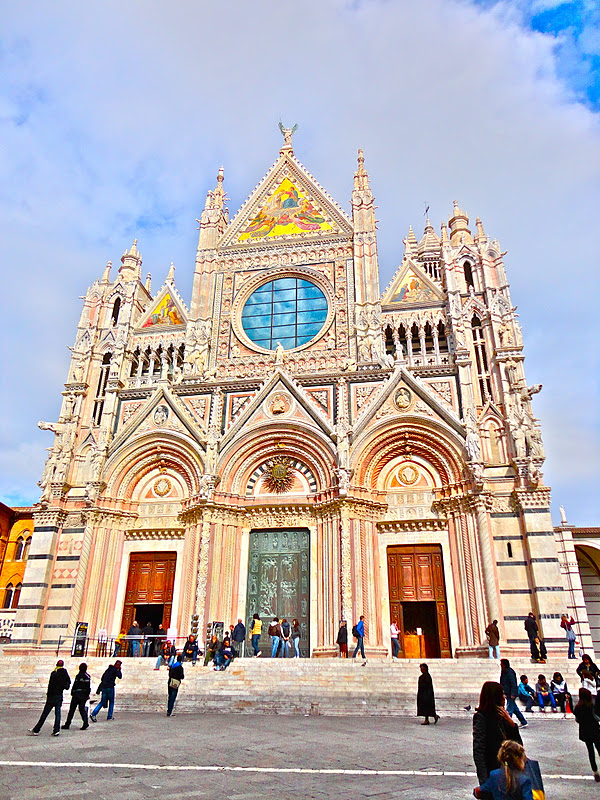 The wonderful front façade of pink, dark green, and white marble. Golden Venetian mosaics, and statues done by Giovanni Pisano and his students. 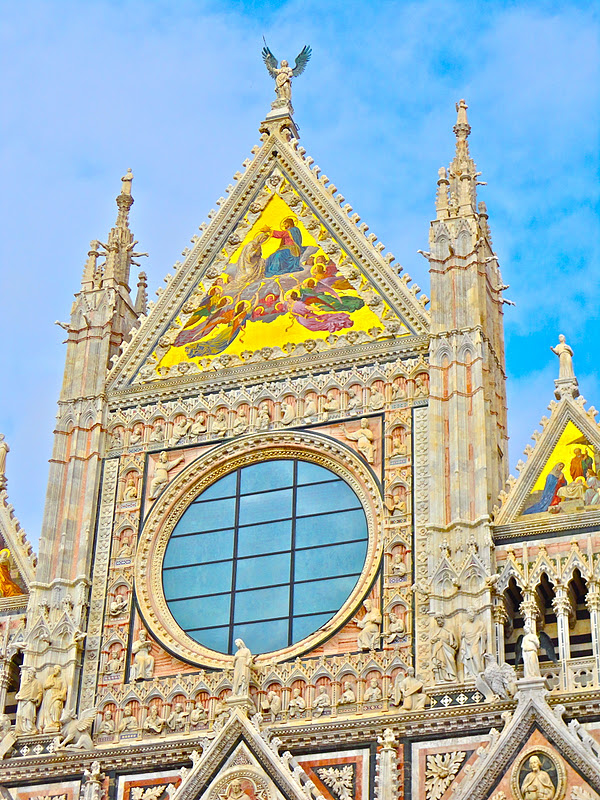 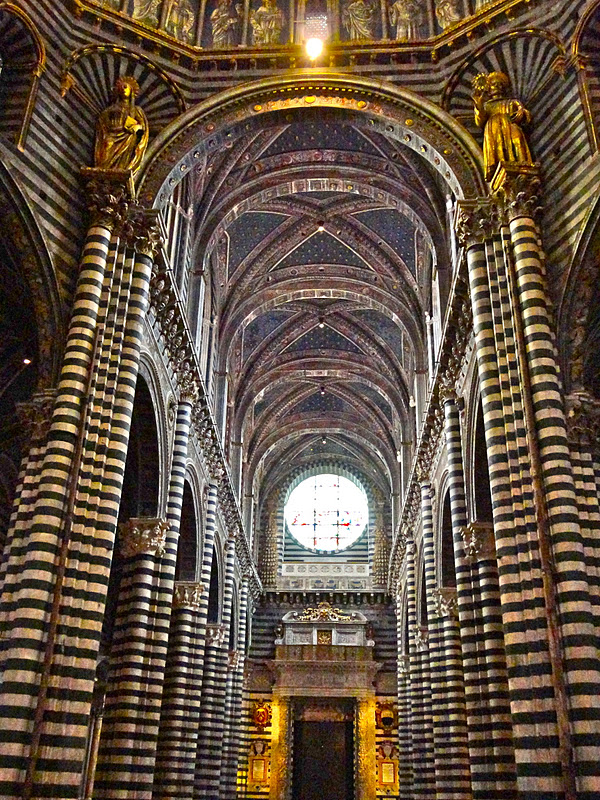 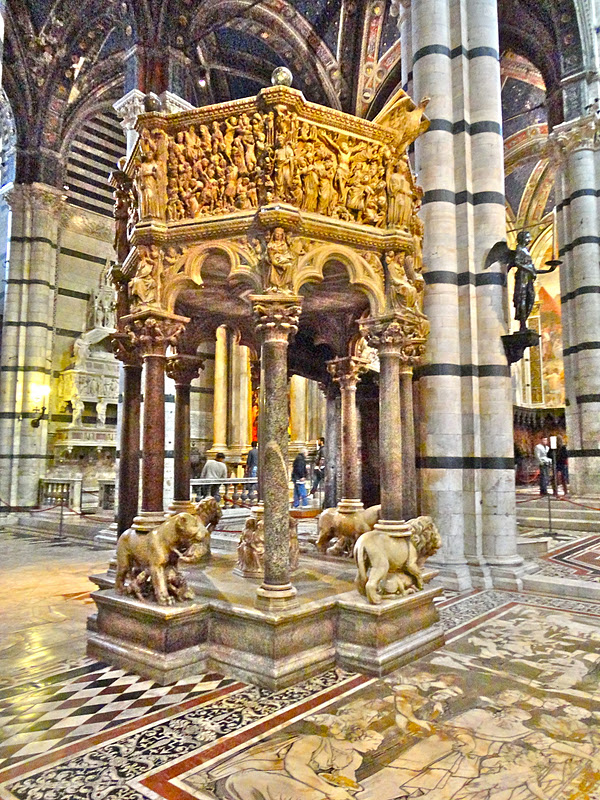 The pulpit by Nicola Pisano 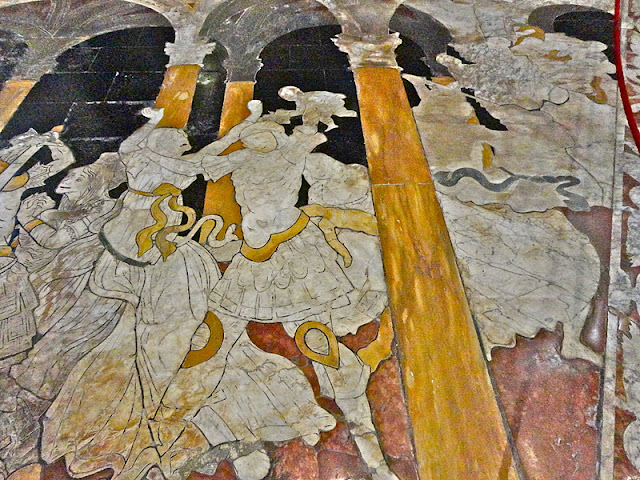 Inlaid marble pavement took over 6 centuries to complete - this part shows the Massacre of the Innocents. 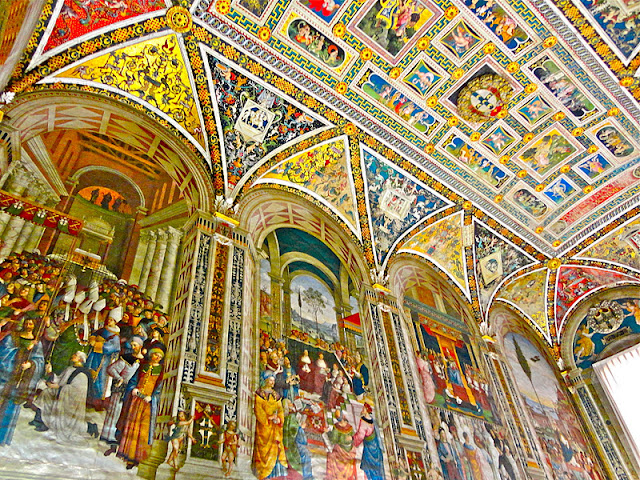 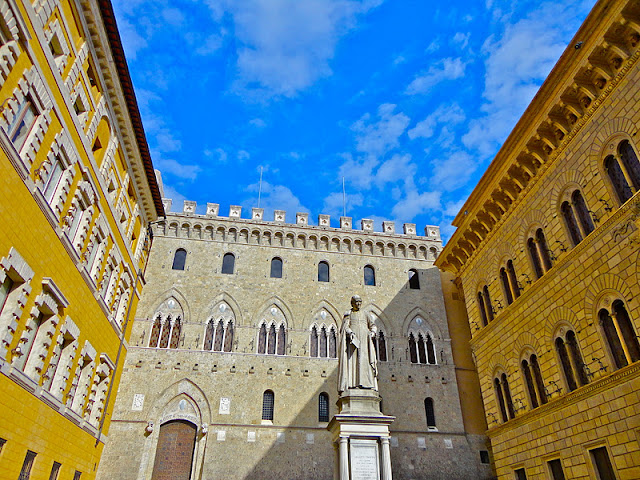 The oldest surviving bank in the world - Monte dei Paschi di Siena. Founded in 1472 by the Magistrate of the city state of Siena as a mount of piety, it has been operating ever since. (Mount of piety was a public pawnbroking establishment which originated in Italy, the object of which was to lend money at a low rate of interest to poor people in need). 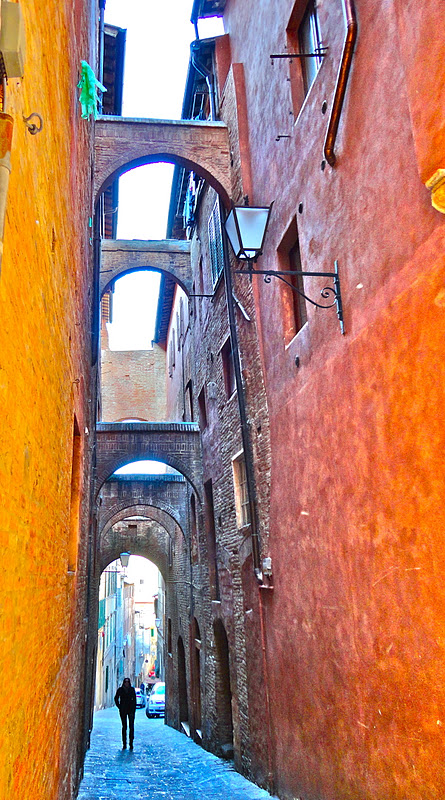 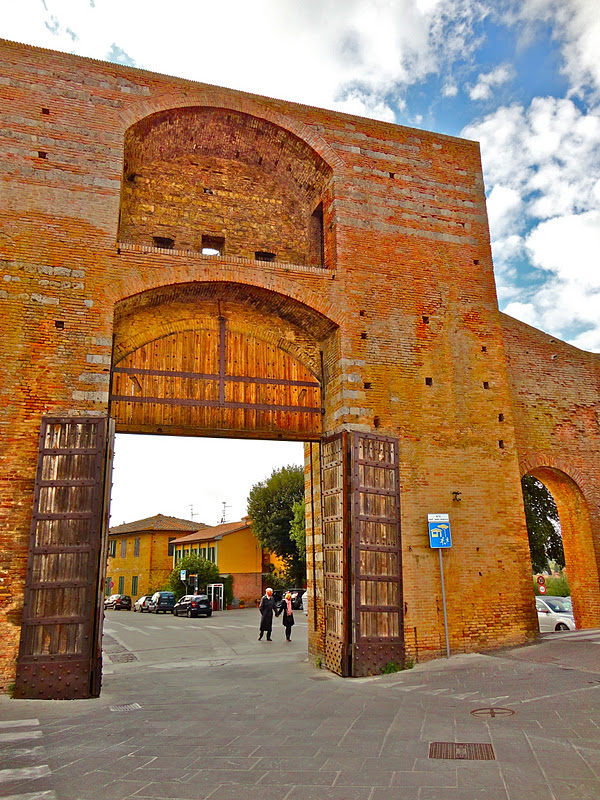 as we leave beautiful Siena through Porta San Marco, and 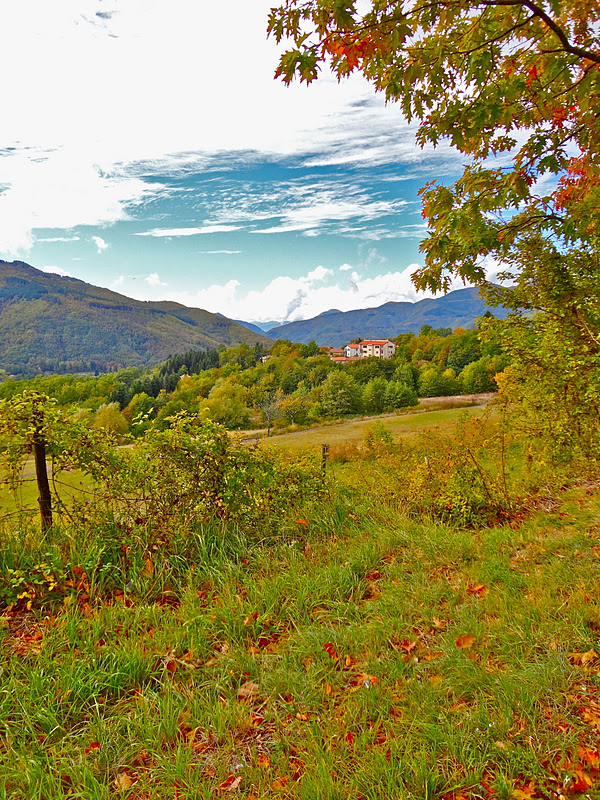 return to our mountain retreat. 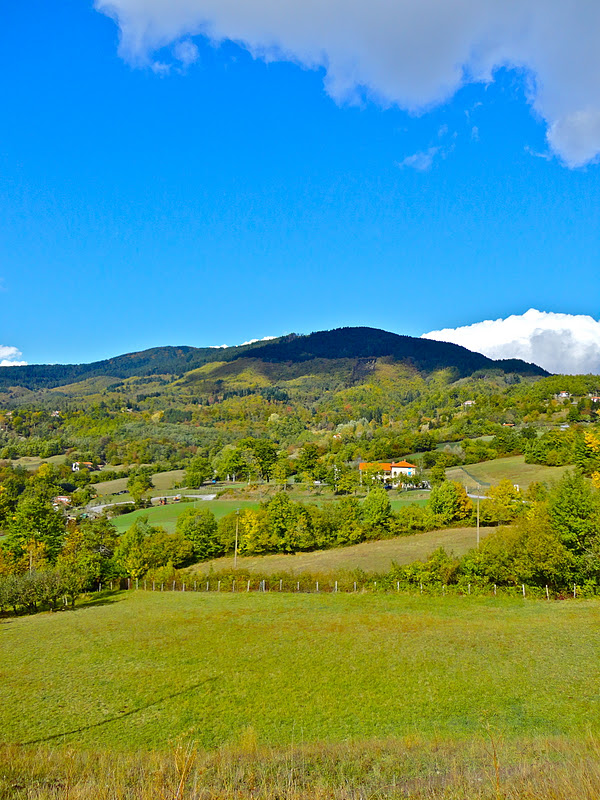 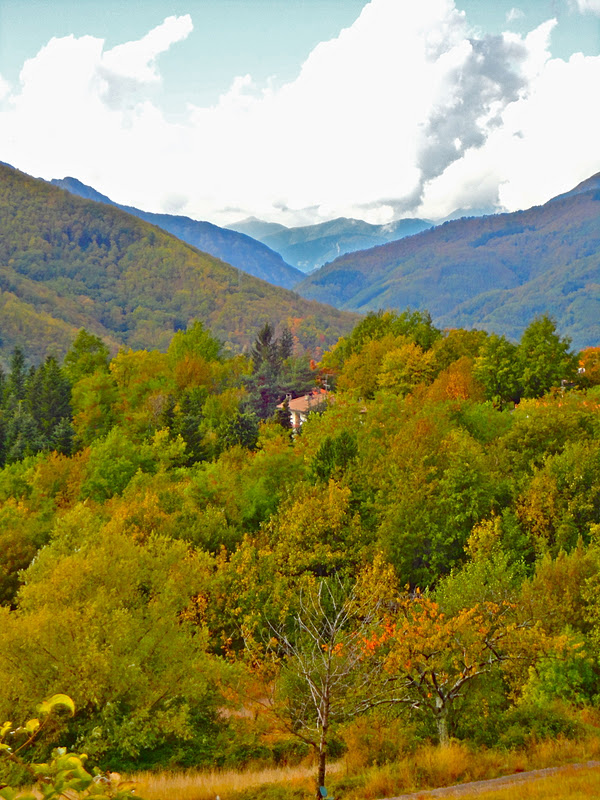 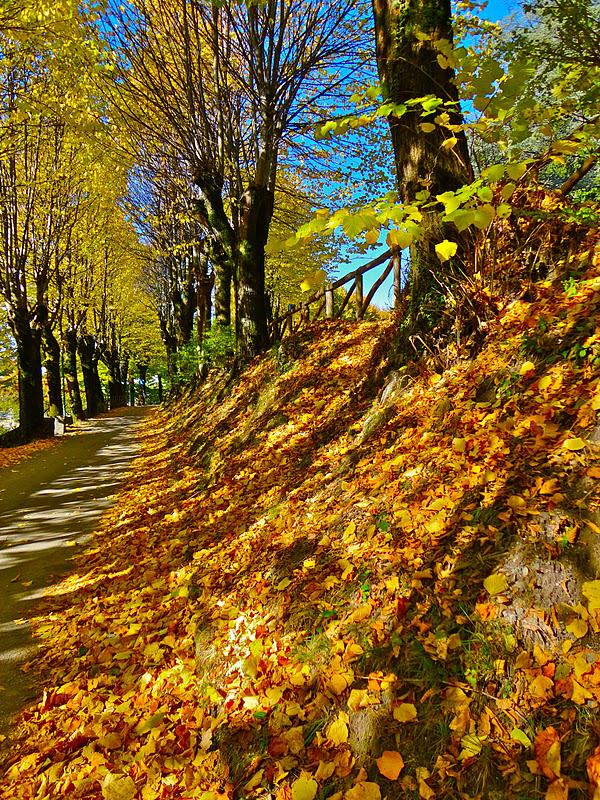 Further post here on Tuscany.
Posted by Rosemary at 19:24