We have stayed many times at Gregynog Hall, Tregynon, Mid-Wales over the past 20 years.  It was left by the art collector owners, Margaret and Gwendoline Davies, to the University of Wales.
At the start of the twentieth century the sisters were the two richest unwed women in the British Isles with a combined personal fortune of £1,000,000 and an annual income of £40,000 inherited from their grandfather, David Davies of Llandinam. He was a self-made man whose fortune was derived from coal-owning, railways and the docks.
The current hall was built in the 1840s by Charles Hanbury-Tracy, lst Baron Sudeley, and believe it or not is one of the earliest examples of a concrete clad building still in existence. Only when you are within touching distance of the building do you realise it is not a wooden tudor house.
Margaret and Gwendoline were avid collectors of paintings, sculpture, and books. They were also great lovers of music, and  the house has a large music room which now holds the Gregynog Music Festival founded by the sisters in 1933. The Courtyard is home to the internationally recognised Gwasg Gregynog, a private printing press founded by the sisters, and which is still producing limited edition and very collectable hand-bound books.
When we first began staying there, the house was full of treasures, which have now been removed to the National Gallery of Wales, Cardiff, for their own safety.
The sisters began buying art in 1907 and concentrated initially on pre-Impressionist paintings. They bought a number of Carot's exquisitely feathery landscapes. They purchased works by Millet, Daumier and Turner. They then turned their attention to Impressionist and Post-Impressionist art. They bought three of Monet's water-lily paintings, and also one of his most atmospheric depictions of Rouen cathedral, Rouen Cathedral: Setting Sun. The two most famous works they purchased were La Parisienne by Pierre-Auguste Renoir and a version of Rodin's Kiss cast in bronze, both of which were still in the house when we first visited. 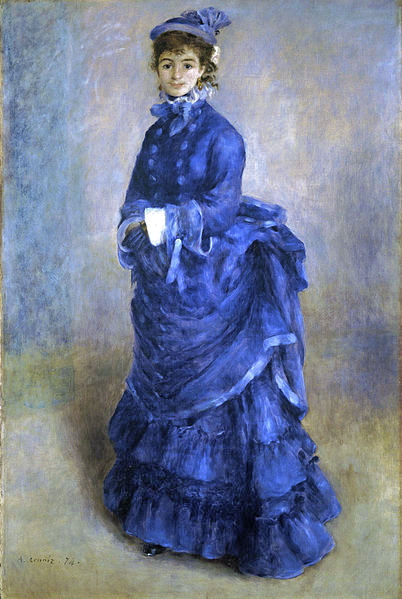 La Parisienne by Renoir
via Wikipedia
As you walk down the long dark tree lined drive towards the property, the vista suddenly opens up to reveal the black and white house, offset by the yellow castellated yew hedge in the ha-ha, and being mid-Wales, the emerald green lawns - the setting is pure magic. 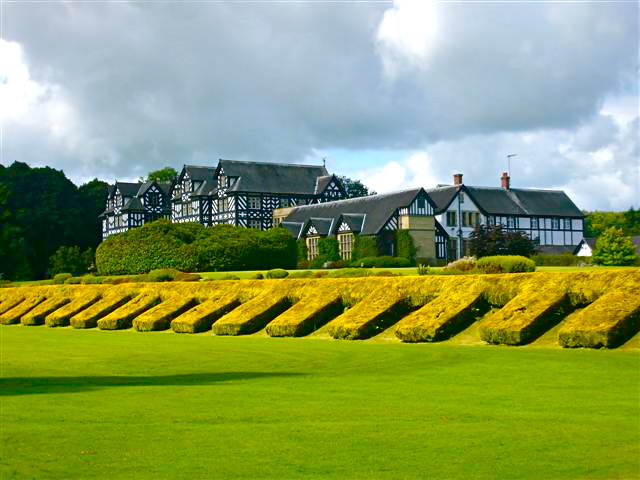 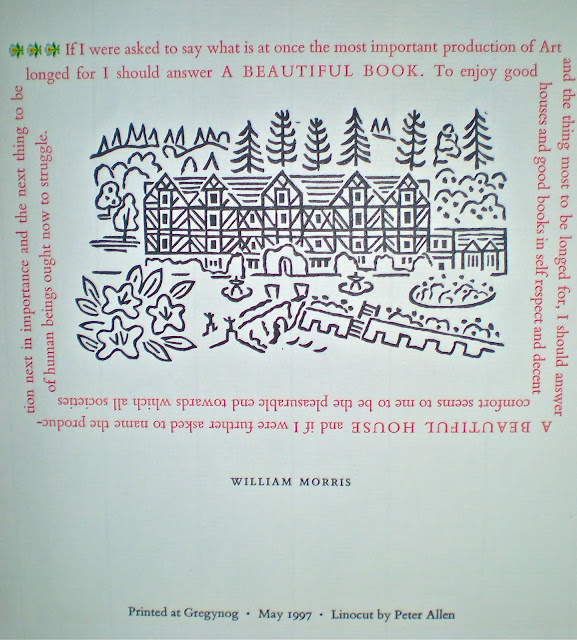 This linocut of Gregynog Hall was printed at Gwasg Gregynog (the private press).  It is from a linocut by Peter Allen, with a quote from William Morris around the edge.
It is a poor reproduction as I had difficulty scanning it. I did not want to remove the frame.