Last night we saw Romeo and Juliet danced to the haunting and magical music of Sergey Prokofiev. Juliet was danced by principal ballerina Lauren Cuthbertson, who was exquisite. Not only is she a beautiful dancer but also a very fine actress, bringing the part totally to life. Romeo was danced by the handsome Italian, Frederico Bonelli, and an equally beautiful and compelling dancer - they were the perfect pairing. The performance featured two of the company's most established dancers in this heart-breaking production by Kenneth Macmillan which has been wowing audiences for more than 40 years. 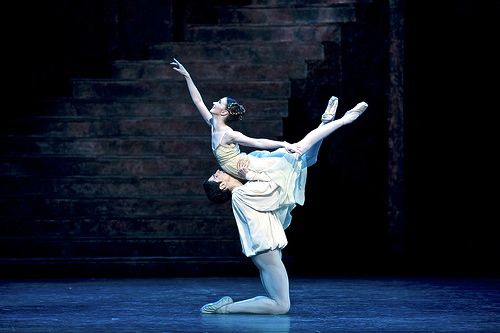 courtesy Royal Ballet
Lauren Cuthbertson and Frederico Bonelli
I now have to admit that we were not sitting in the Royal Opera House, but watching it from our local cinema. It was beamed live all around the world to 50 countries and 500 different locations.
If you like the ballet or opera, and have not been to one of these live performances then I would urge you to give it a try. You can watch operas from the Metropolitan, which are screened in the evenings here, but are matinée performances in New York.  You are totally absorbed into the atmosphere of the Opera Houses, you can see behind the scenes during the intervals, and have a grandstand view. In fact you can see more than the people who have paid £200 per ticket for their seats. During the intervals, the audience get out their picnic hampers to eat tasty nimbles with a glass of wine, and stand around chatting. Not the normal popcorn and coke affair.
Last night was full of reminiscences for me. It is exactly 30 years ago that I saw the great Nureuyev dancing the same role. By that stage Dame Margot Fonteyn had finished dancing the part of Juliet and took the role of Juliet's mother, a non dancing part.
I have just found my programme from 1982, and Dress Circle tickets cost me £13.50 which I thought was a fortune then. We have just paid more than that at the cinema. 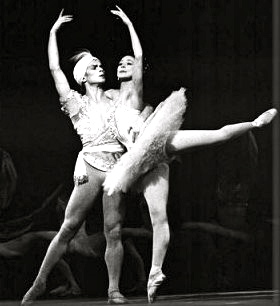 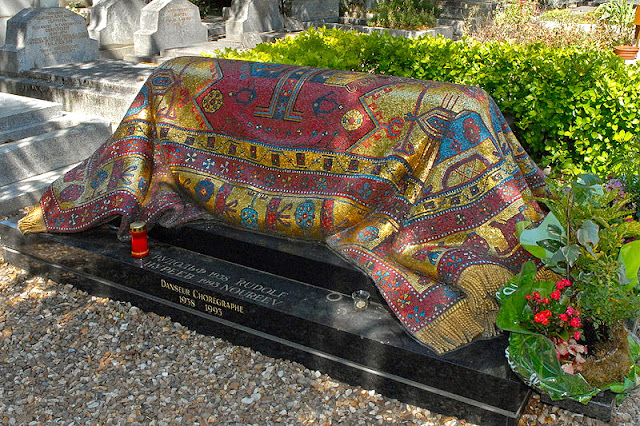 via wikipedia
Nureyev's incredible tomb at the Russian Cemetery in Sainte-Geneviève-des Bois just outside Paris. It represents a draped kilim over a wanderers trunk, someone that is rootless, which is what he was. It was done in mosaic by Ezio Frigerio who designed sets for several ballets.
Posted by Rosemary at 07:50

Email ThisBlogThis!Share to TwitterShare to FacebookShare to Pinterest
Labels: ballet