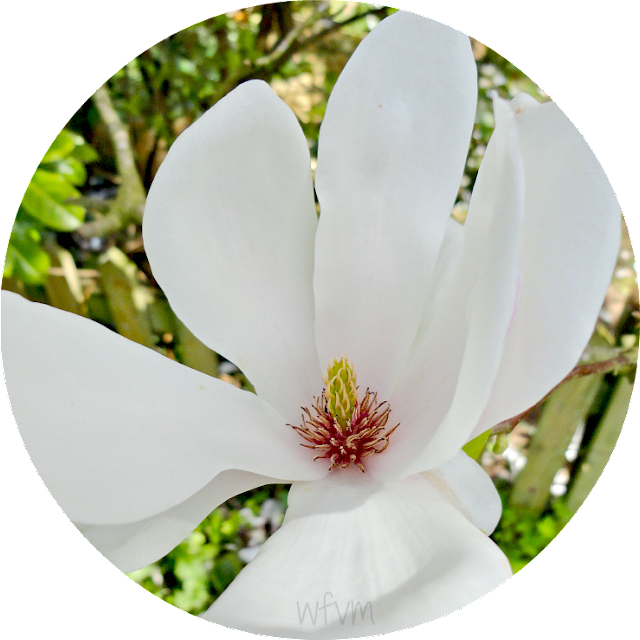 We planned to spend the day out walking in one of our local valleys. It turned out to be the hottest day of the year so far. 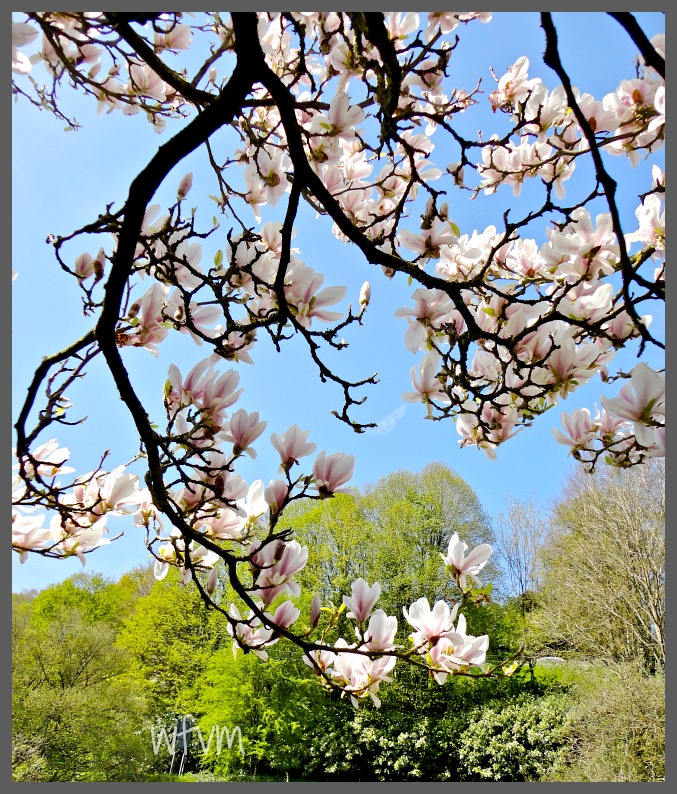 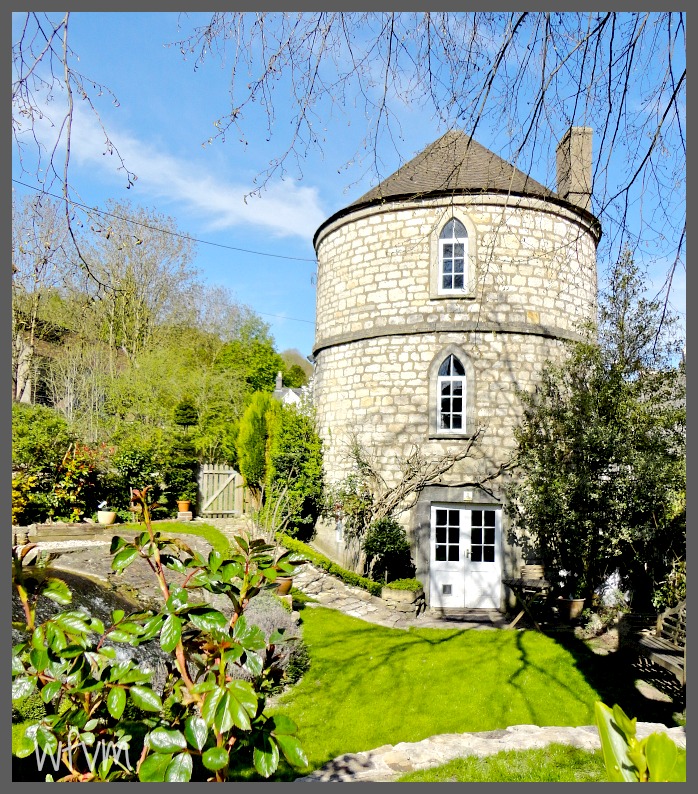 We set off from the Canal Keepers cottage which some of you may remember from here. How would you fancy living in this pretty round cottage?  It is for sale complete with mill race chasing through the garden (visible just behind the rose bush on the left). The water race in the Round House garden shoots down a weir and then goes under the road into the Mill Pond. 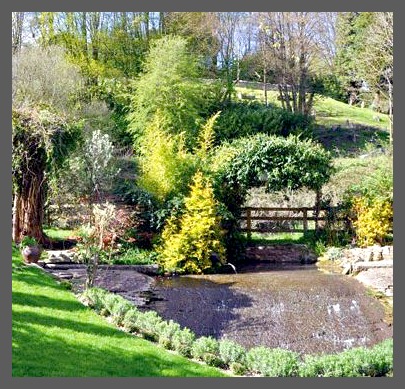 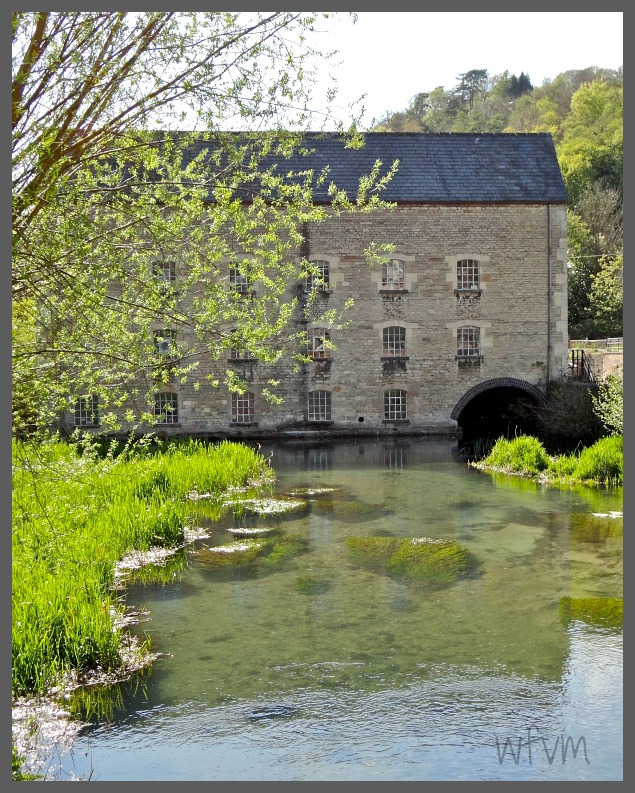 In its past history the mill was used for fulling, corn milling, and silk throwing. Silk throwing is a process whereby silk that has been reeled into skeins, is cleaned, receives a twist and is wound onto bobbins. The mill is now occupied by an electronics firm who use the water power for green energy. 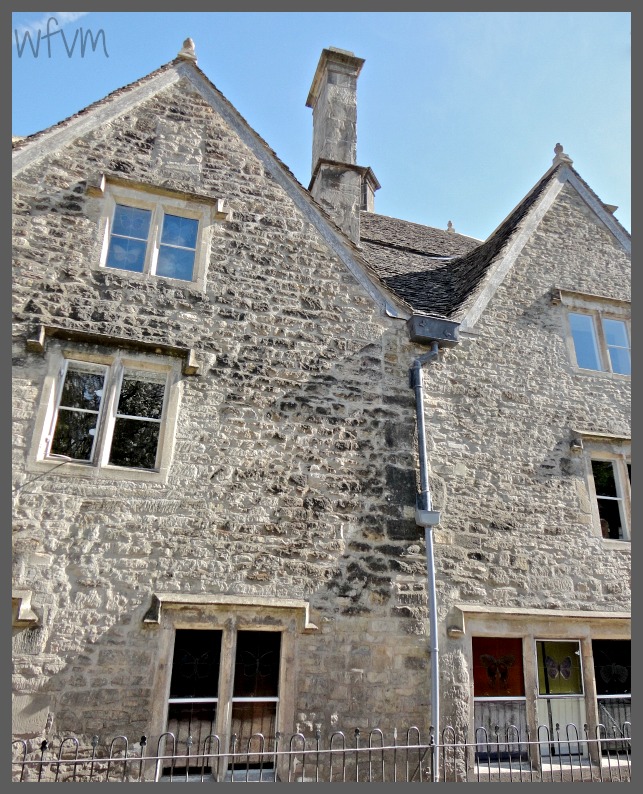 Should you buy the Round House your next door neighbour would be Damien Hirst who has just renovated this house. It is one of many houses owned by him.
A small section of Hirst's house which is Grade ll* listed and is built on the site of the original home of the de Chalkfordes who are mentioned in documents as early as 1240. 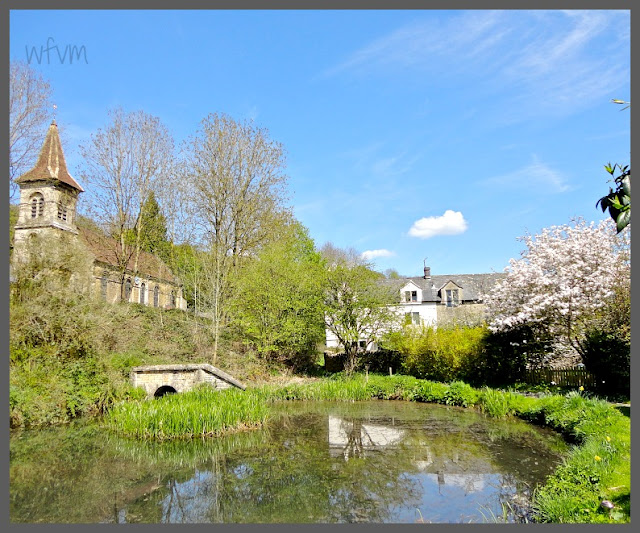 The walk goes past the Round House, the duck pond and nearby church. The church is well known for it's many artefacts designed by distinguished Cotswolds Arts and Crafts furniture makers, and silversmiths during the early part of the 20th century. 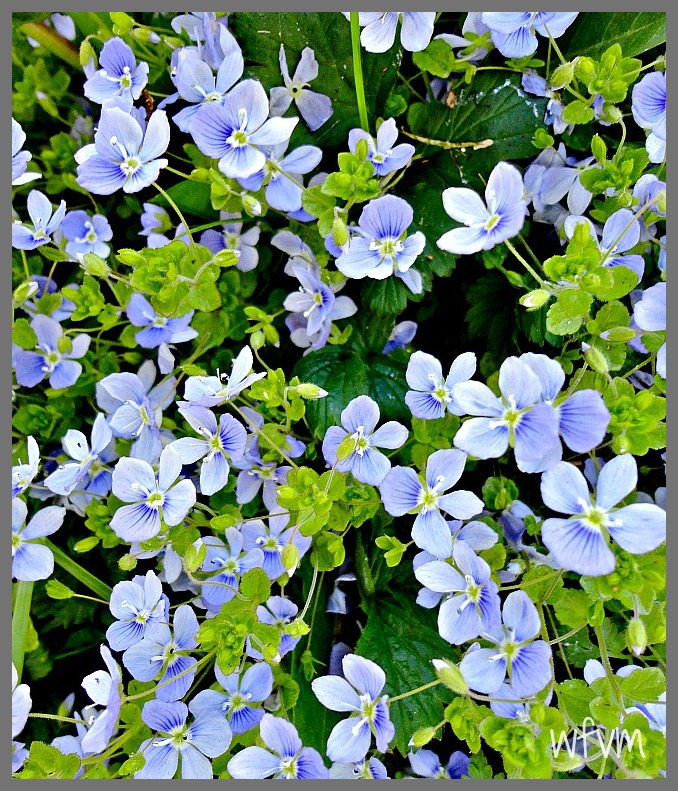 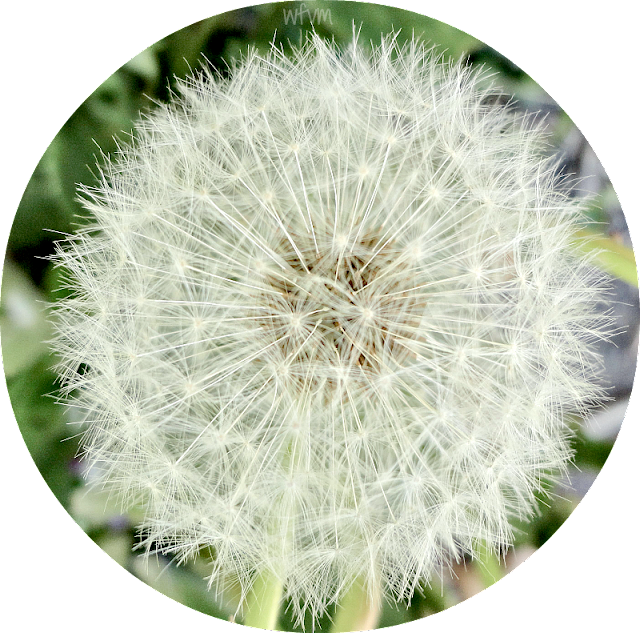 What a huge progeny the dandelion produces 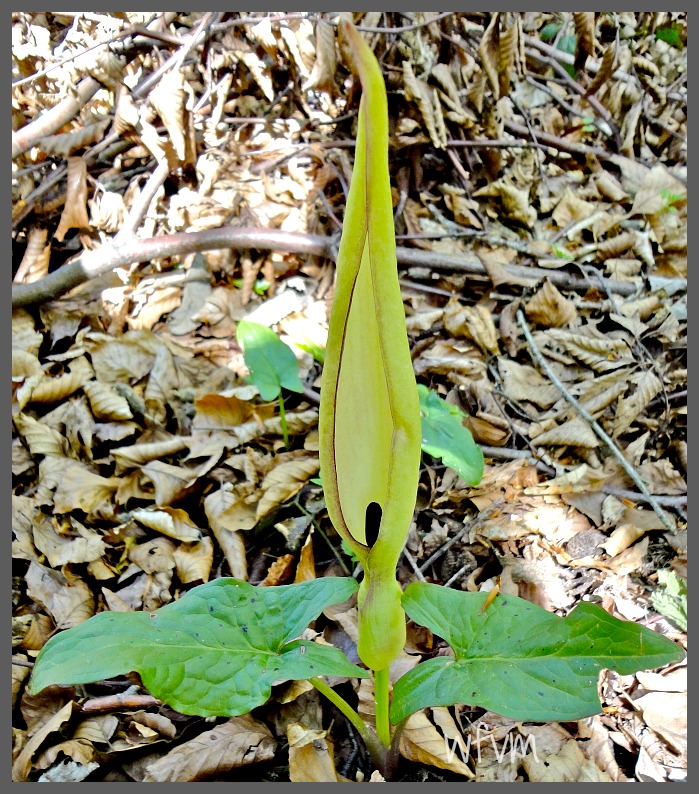 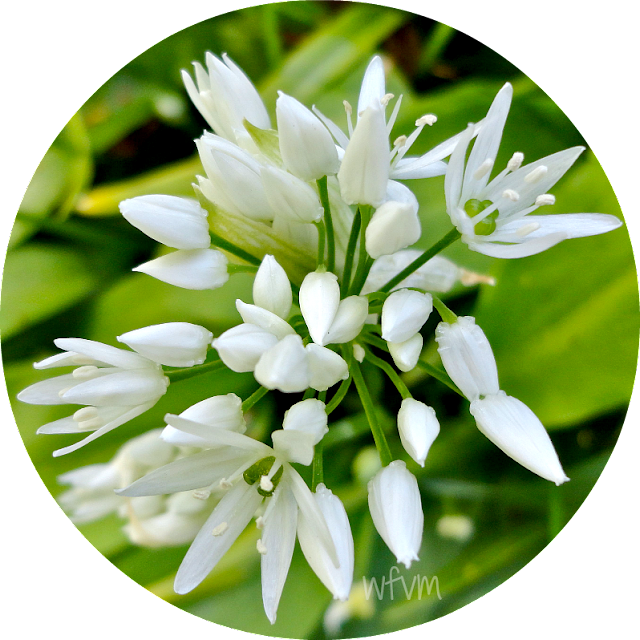 The scent of wild garlic filling the air as we pass. 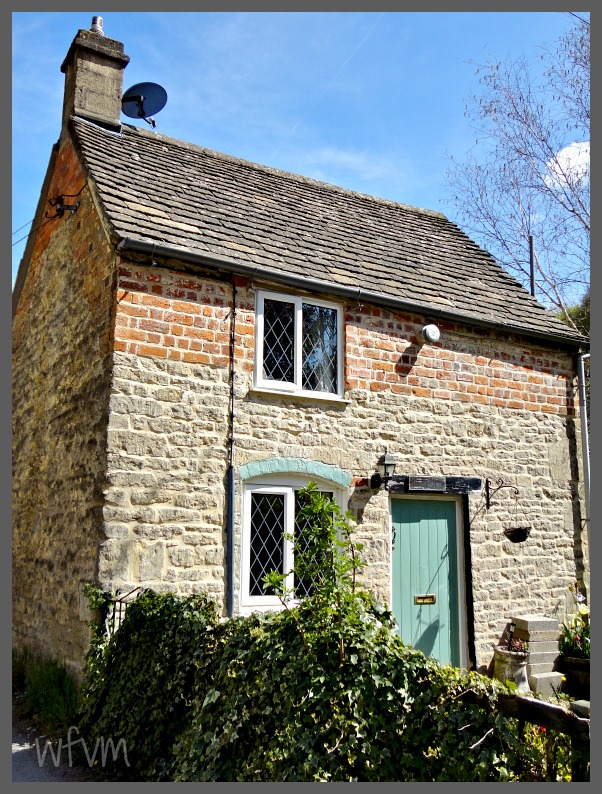 On the way pretty cottages - the satellite dish strikes a 20th century chord of disharmony for me. 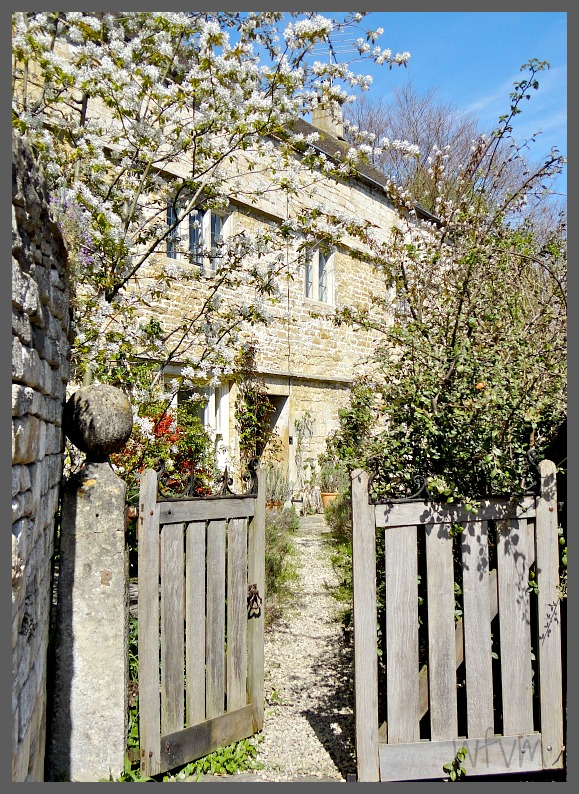 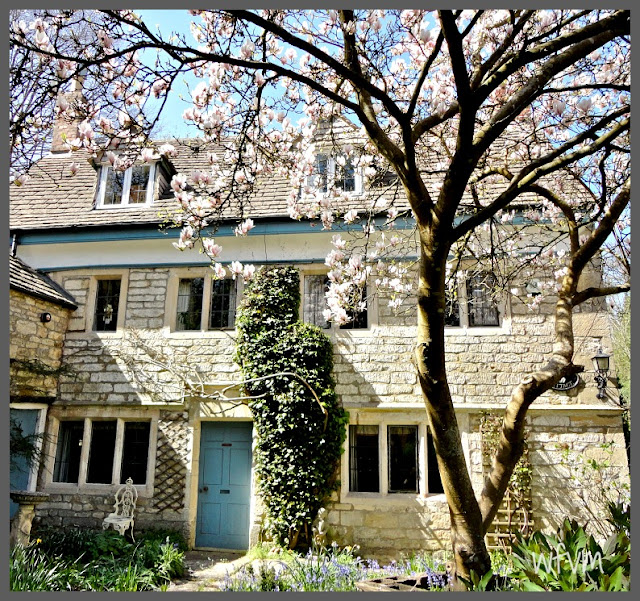 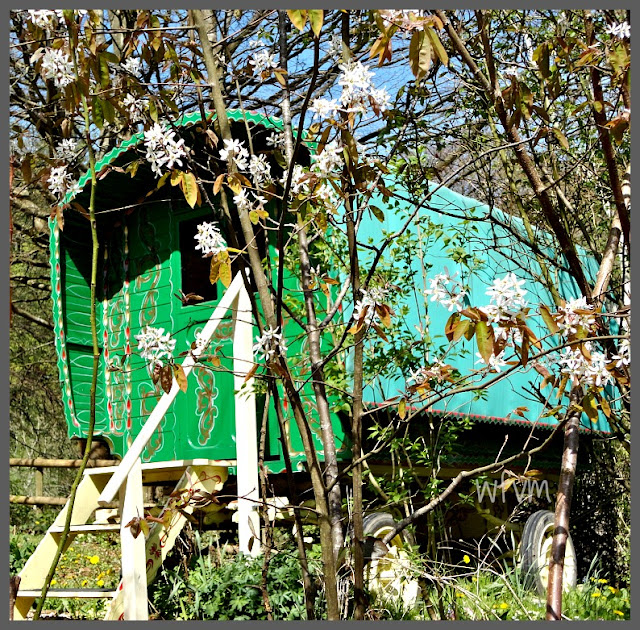 A gypsy caravan in a garden and 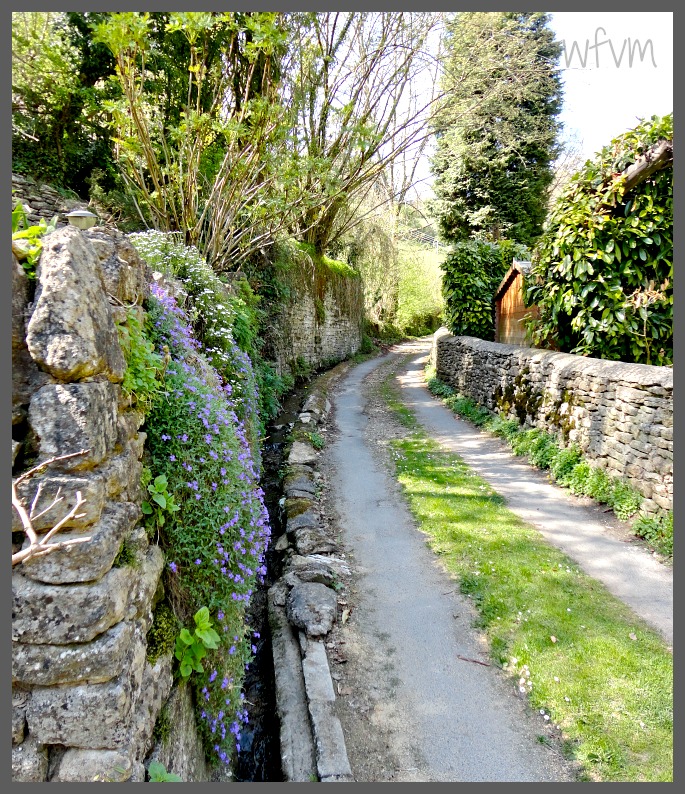 the lane we found last year, still waiting for us to explore. 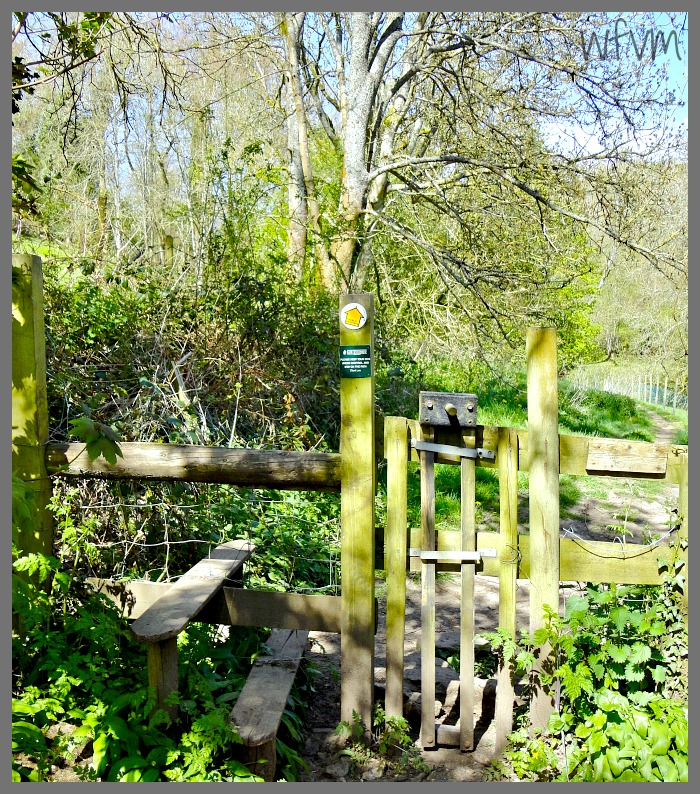 Over a thoughtful stile 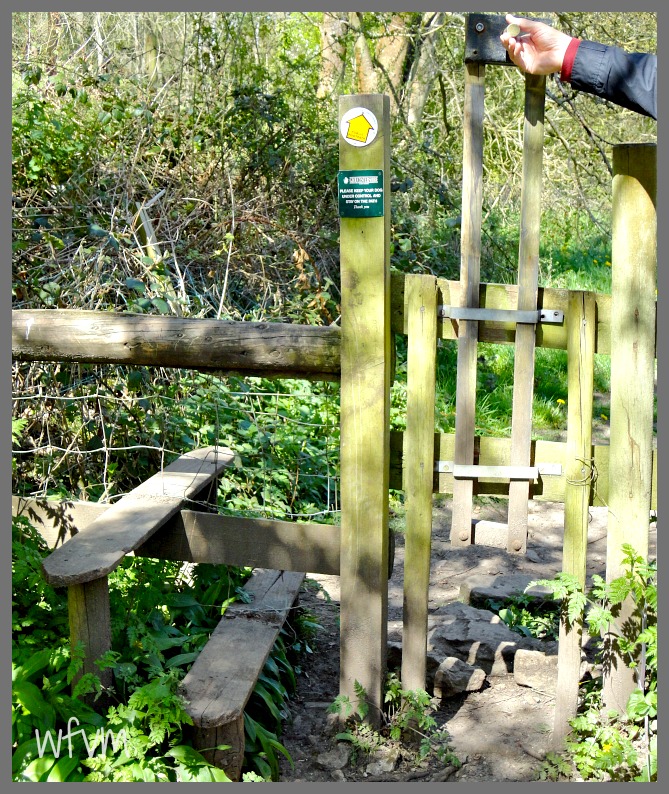 humans to the left and dogs to the right please 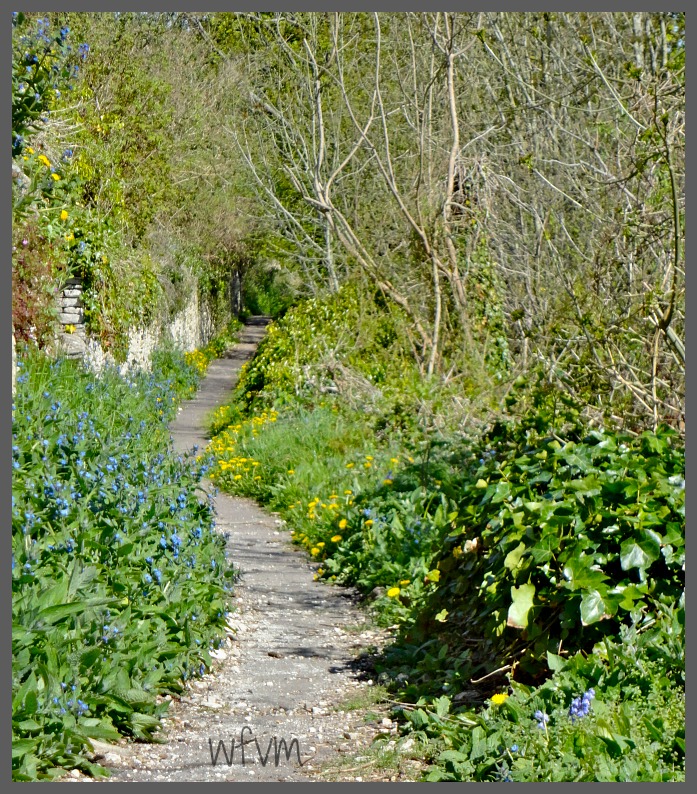 We found ourselves on a complicated series of pathways criss crossing the steep sides of the valley. 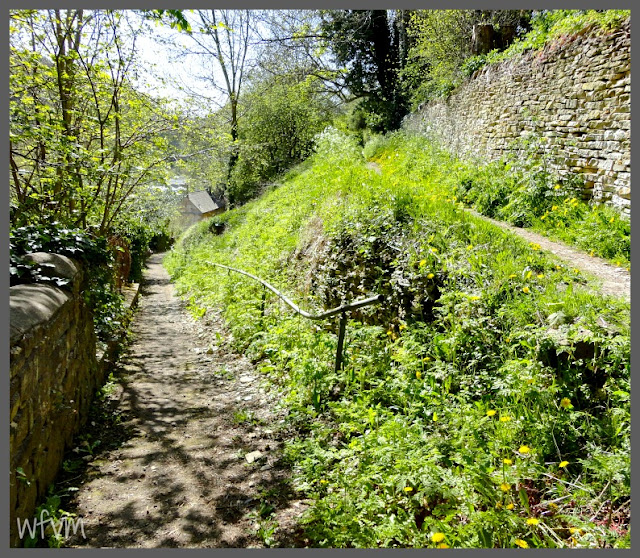 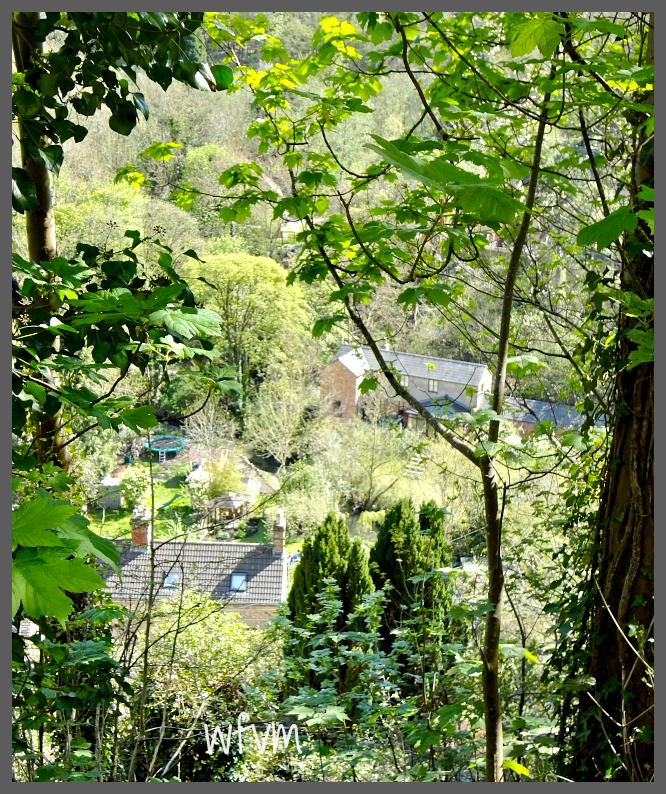 Soon we were looking down on to roof tops, 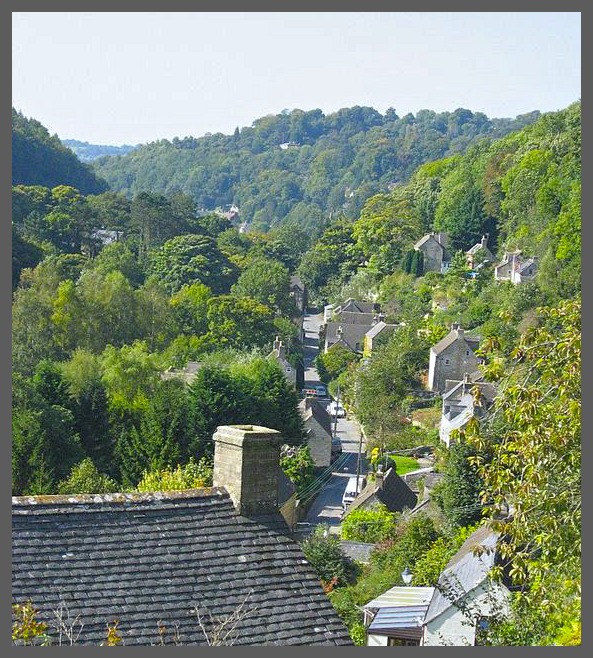 via
and along the high street. 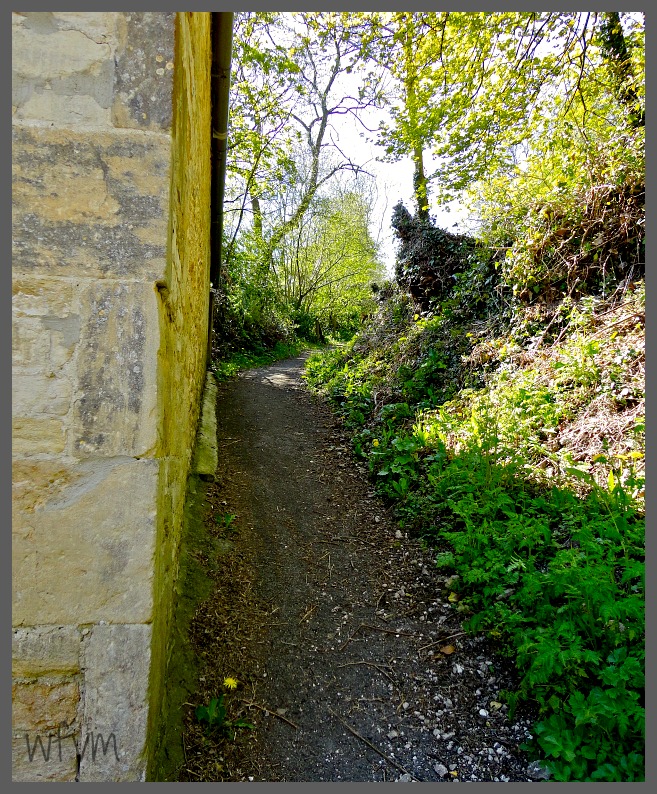 Properties clinging to the steep sides of the valley as they have done for hundreds of years. 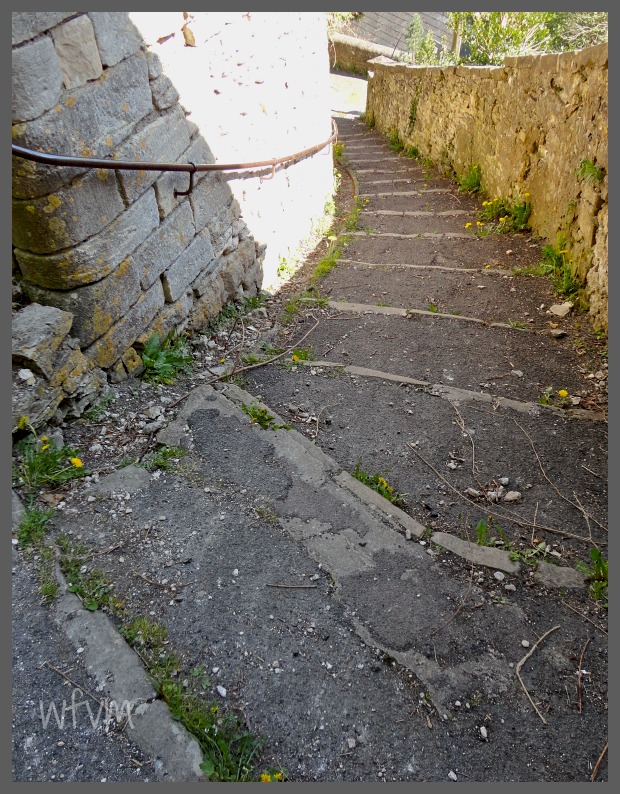 Hopefully this will lead us back down!!! 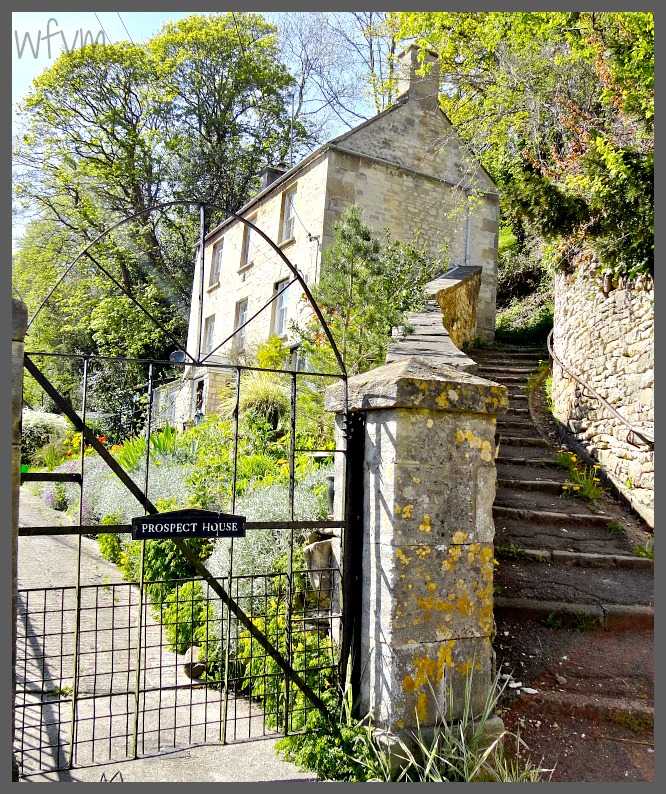 The many houses and cottages clinging to the sides of the hills were originally weavers' cottages. It is sometimes referred to as the 'Alpine Village'.  The paths on the hillsides were too narrow for more conventional forms of transport so donkeys were used to carry groceries and other goods to the houses, and this tradition continues today.

Loaded up with bread, food and magazines ready to deliver.
Posted by Rosemary at 10:28