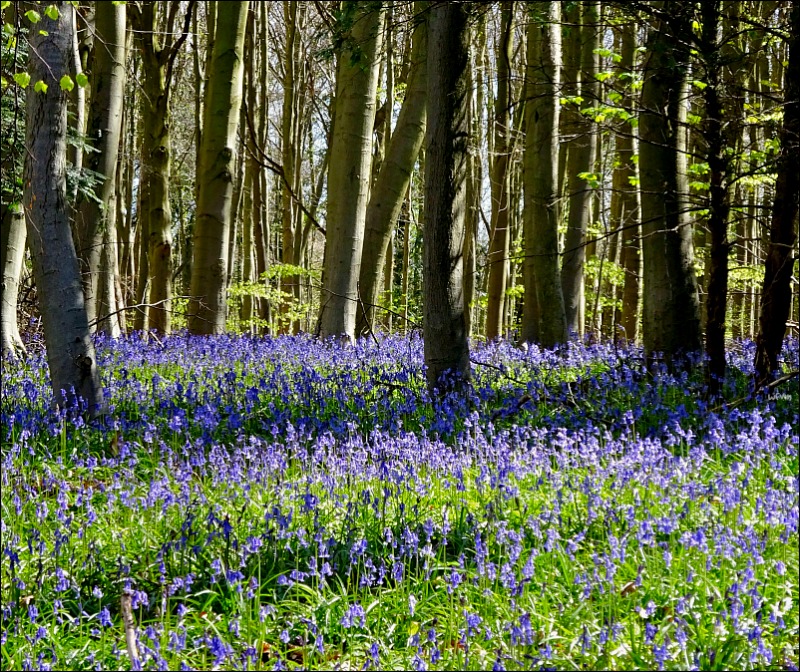 Up and down the country British broadleaf woodlands are once again magically carpeted in a haze of blue. It is widely acknowledged that our bluebells require their dappled woodland shade in order to prosper and thrive.  However, some of our bluebells also flourish on clifftops where they grow without shade and open to the elements. I first saw them growing on Devon clifftops as a child, and have no answer as to how or why they manage to suvive in what for them must be a hostile environment.
I can't answer this conundrum but I am setting off with 'high hopes' of seeing these clifftop bluebells once again.
But before I leave I want to remind you of the differences between our native British bluebell and other bluebells generically known as Spanish bluebells. 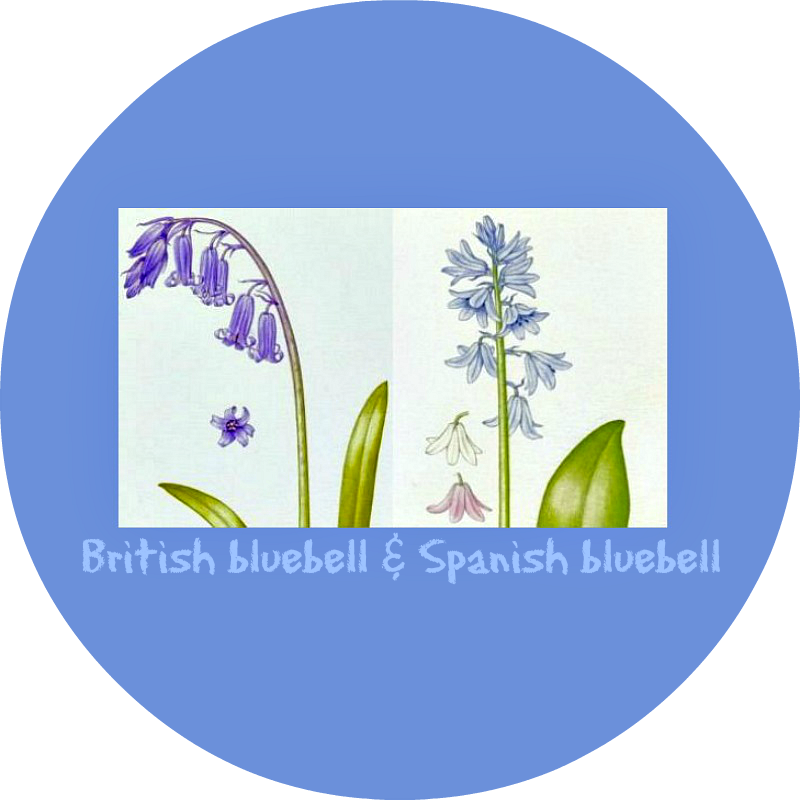 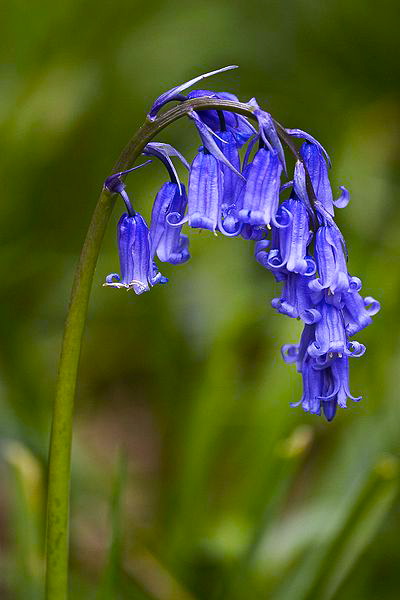 via
British bluebell
Our bluebells have narrow leaves, deep blue (very occasionally white, very rarely pink) narrow, tube-like flowers, with the tips curled right back. The flowers are mainly to one side of the stem and droop or nod. Their scent is sweet, and the anthers inside the flowers are cream.
British bluebells are a protected species under the Wildlife and Countryside Act 1981 - they cannot be picked or removed from their habitat.  However, because we love bluebells in our gardens, Garden Centres have imported the Spanish variety to fulfil those desires 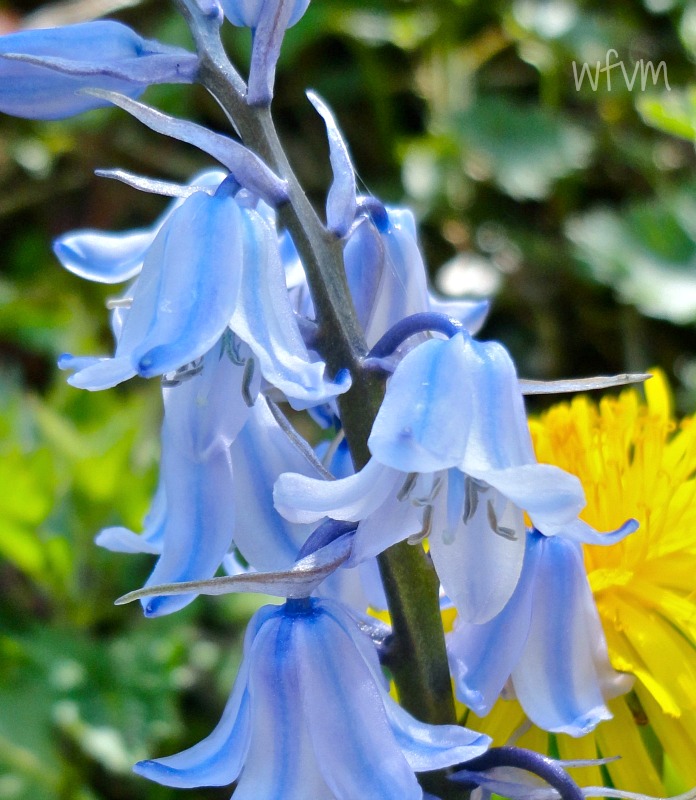 Spanish bluebell
Spanish bluebells have broad leaves, and pale blue (quite often pink and white), conical or bell-shaped flowers that have spread-out tips. Their flowers are all round the upright stem, have almost no scent, and the anthers inside the flowers are blue.
The Spanish bluebell is now sadly causing problems up and down the country as it is much more vigorous and can crossbreed with our native bluebell creating a fertile hybrid. They are threatening the native flower as they corrupt and dilute its unique characteristics. If you look at a bluebell to check which one it is, and you find a mixture of characteristics then you have found a hybrid. If we end up with a population of hybrids then we will loose the original genetic material forever.

If you have Spanish bluebells or hybrids in your garden and live within bee pollinating distance of a British bluebell wood then there is a serious danger that cross pollination will be taking place.

The swallows are back 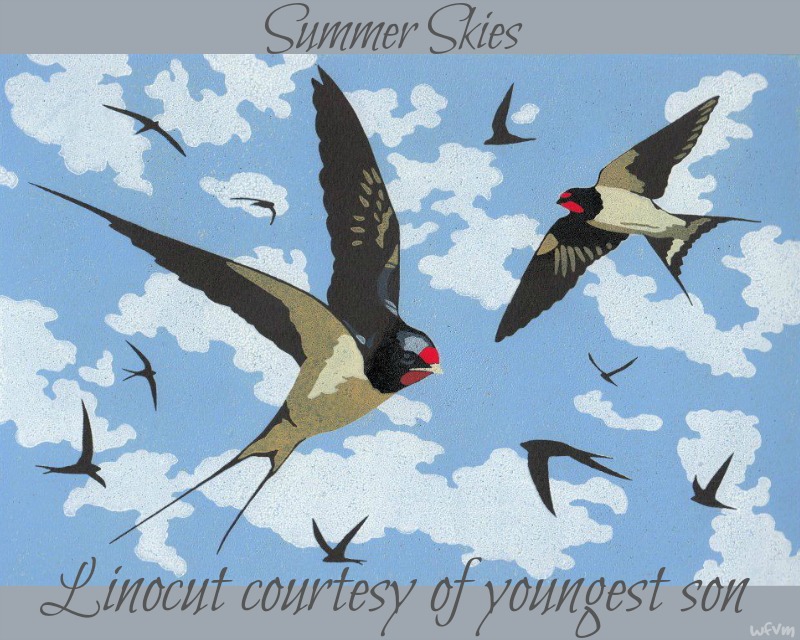 Swallows hunting insects on the wing
We saw them swooping across clear blue skies in Malta five weeks ago, so knew that they were on their way.
They have travelled from S. Africa, over the Sahara to Morocco, down eastern Spain, across the Pyrenees, through western France before crossing the Channel to come back home to us. Here they will spend the summer and raise their young.  This epic journey will be repeated in reverse towards the end of September, and on arrival in S. Africa they will then raise yet another brood.
Posted by Rosemary at 07:51