Mercury glass was very popular during the Victorian period. It was known as poor man's silver, and provided an inexpensive alternative to the silver objects that furnished the churches and grand houses of the wealthy.
In recent years there has been a revival of objects made from mercury glass - candlesticks, vases, and baubles for the Christmas tree.
Mercury is a toxic substance, but mercury glass is actually a misnomer having no mercury in it whatsoever. It is made from clear glass which is mould-blown into a double walled shape and coated on the inside with a silvering formula made from silver nitrate and a grape sugar solution. This is inserted through a small hole that is then sealed. In the beginning some manufacturers did try to line the glass with a mercury solution, but the practice was quickly discontinued due to both the expense and toxicity. 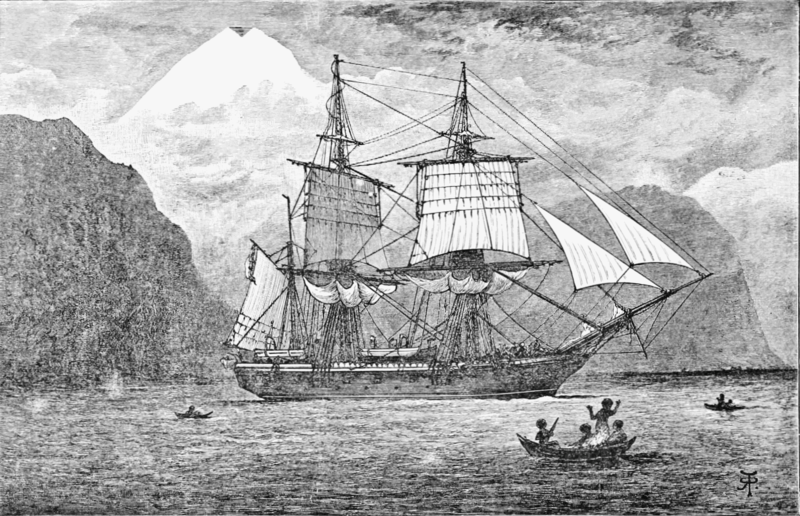 HMS Beagle travelling through the Straits of Magellan

As a child I recall that my grandmother had a large Admiral FitzRoy barometer containing glass tubes filled with mercury. She had inherited it from her aunt, who had married into the famous Darwin family.
Admiral FitzRoy was appointed meterorologist aboard the hydrographic survey vessel HMS Beagle in 1826 exploring the coasts of southern Patagonia and Tierra del Fuego. These waters were unchartered and plagued by dangerous tides, storms and blizzards. Two years into the voyage and the captain, Pringle Stokes, had had enough - gripped by depression he shot himself, and FitzRoy became entrusted with the command of HMS Beagle at the young age of 23. On his second trip Charles Darwin was invited to join him on the Beagle's voyage and as we now know this voyage was to have a profound effect on Darwin's thinking resulting in a lasting legacy for the future development of science.
In my Grandmother's Admiral FitzRoy barometer some of the mercury had escaped from the glass tubes and formed silver balls in the bottom of the container. If I shook it gently some of the balls would amalgamate and make big globules, and if I shook it a bit harder they would disperse into a myriad of tiny balls. I now realise that it was a very stupid thing to do, but at the time it excited my curiosity - I don't expect that my grandmother knew what I was doing, nor would she have been aware of the inherent dangers lurking in her sittingroom. I was fortunate that the wooden barometer cabinet was well sealed, thus preventing the escape of such a noxious substance.

More about Admiral FitzRoy here
Posted by Rosemary at 08:33