The Province of Bari, Puglia, is home to olive oil, wine, and dwellings called Trullis.
Trullis are scattered all across the landscape where they serve as both simple protective shelters and places to live. You see them in olive groves and vineyards, some are farm dwellings, or domestic homes, and Trullis are now popular as holiday lets.
There origins are obscure, though the name is traditionally applied to ancient round tombs found in the Roman countryside. These little buildings are said to cope well with summers heat as well as winters cold. 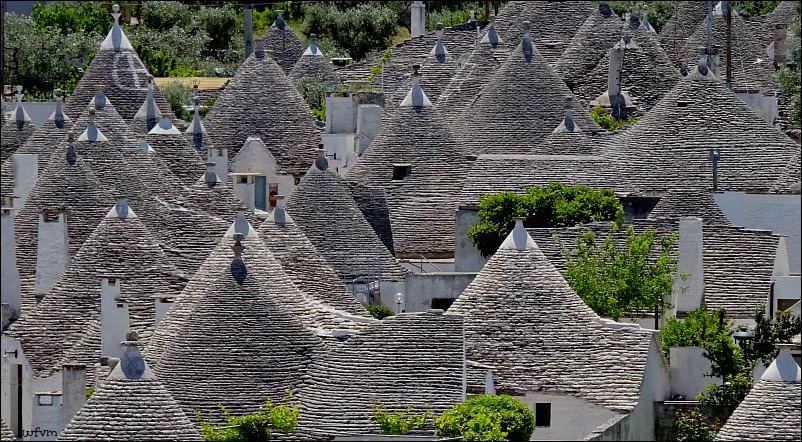 The town of Alberobello with its many conical 'hobbitesque' dwellings is considered to be the Trulli capital of the area. 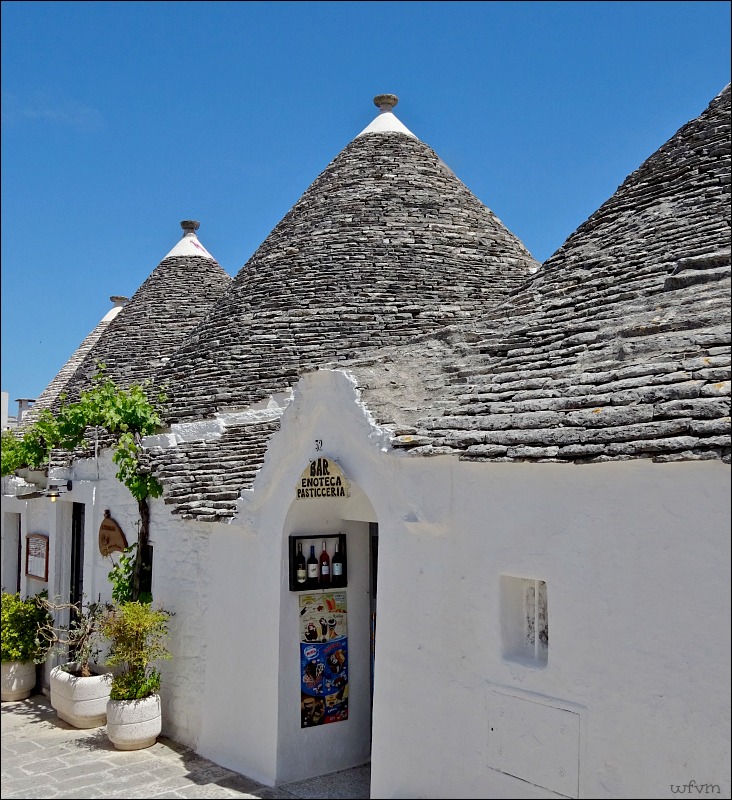 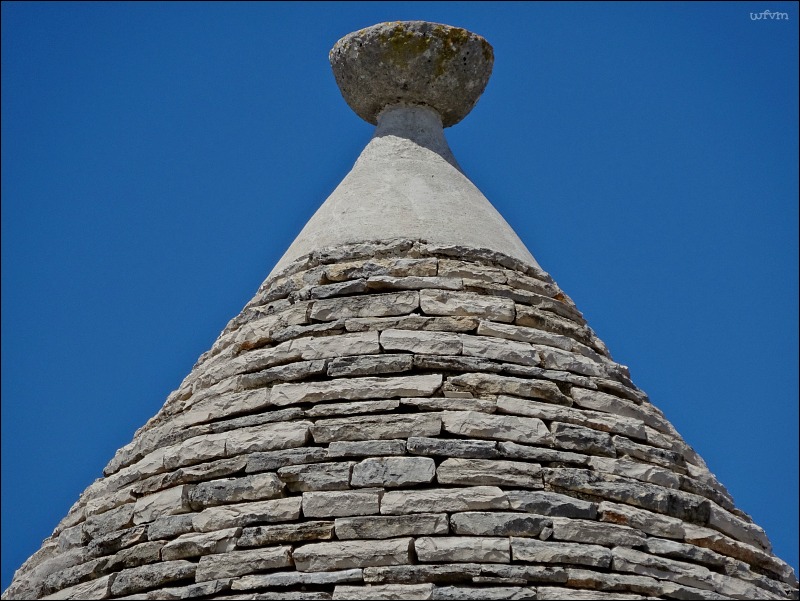 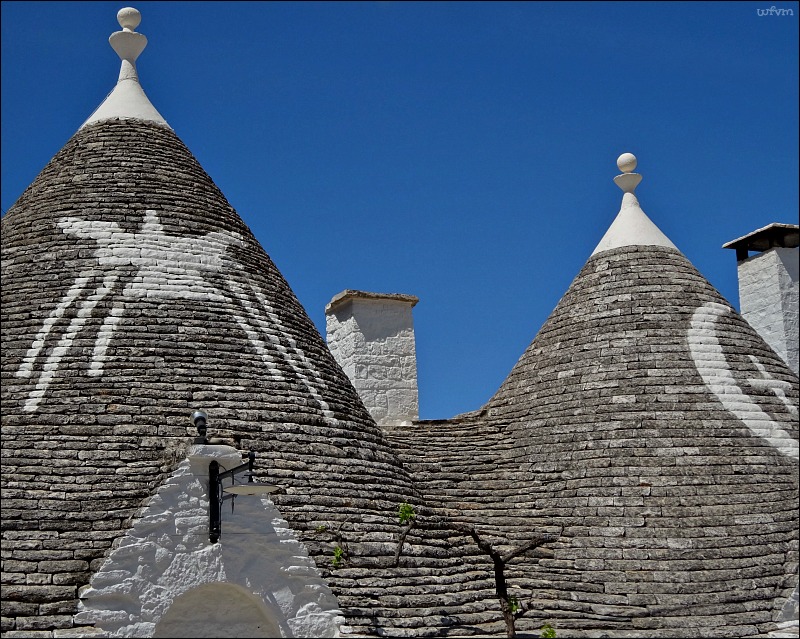 some of the roofs are painted with pagan, christian, or magic symbols considered to be a protective element for the residents dwelling inside. 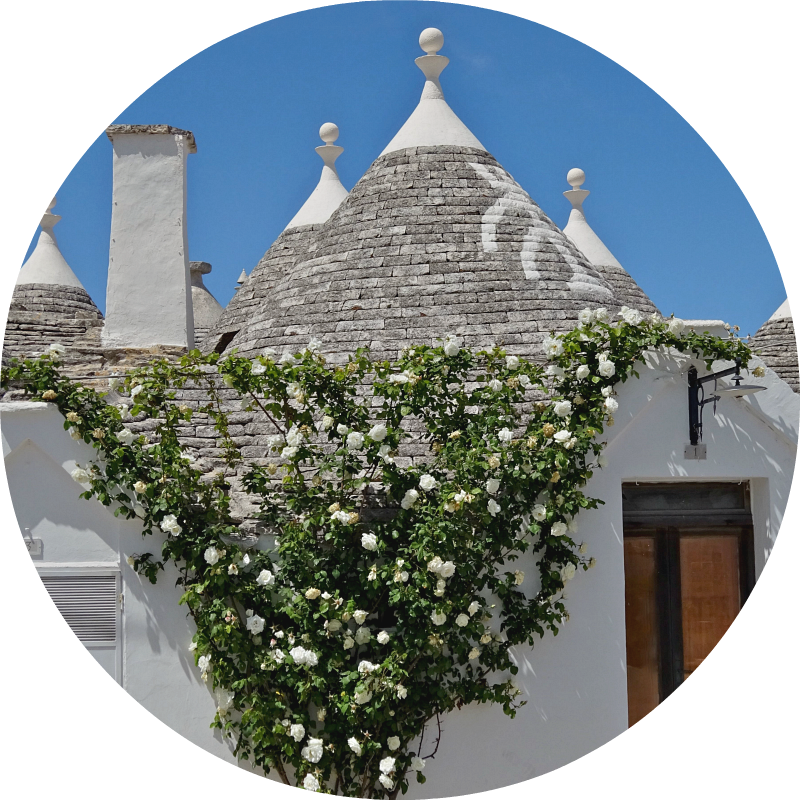 There is even a Trulli church although it is only 90 years old. 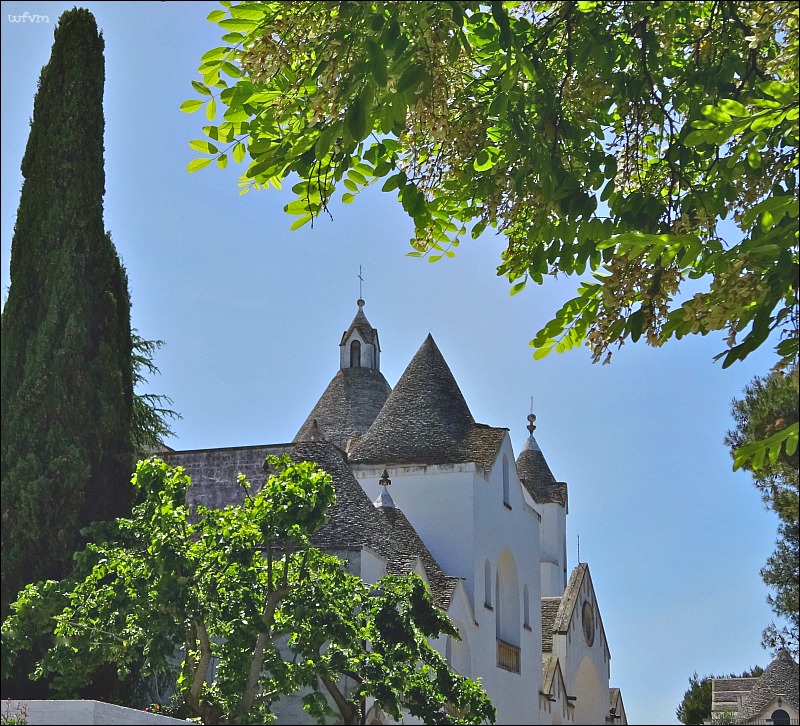 Alberobello is geared up to catering for the tourists, but we enjoyed having a wander around, and purchased several packets of specialised local pasta to pop in our suitcases. 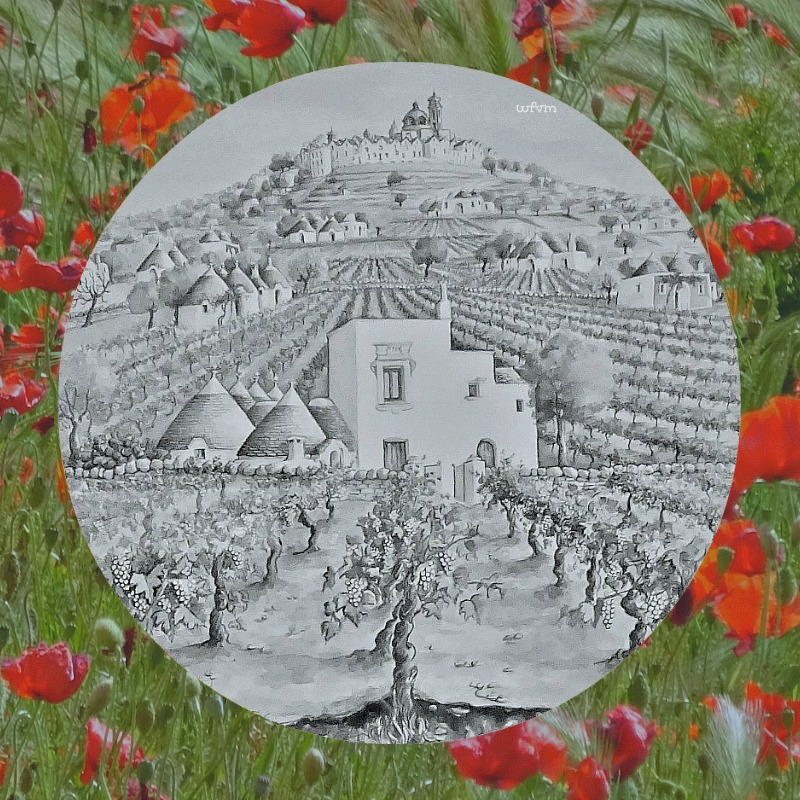 Locorotondo
We were very happy to have an opportunity to visit the unspoilt hilltop town of Locorotondo a few miles away. There we met a young Italian wine producer who showed us around his own beautifully preserved Trulli farm and vineyard. His wife gave us a tasty buffet of local produce and we sampled some of his wines. 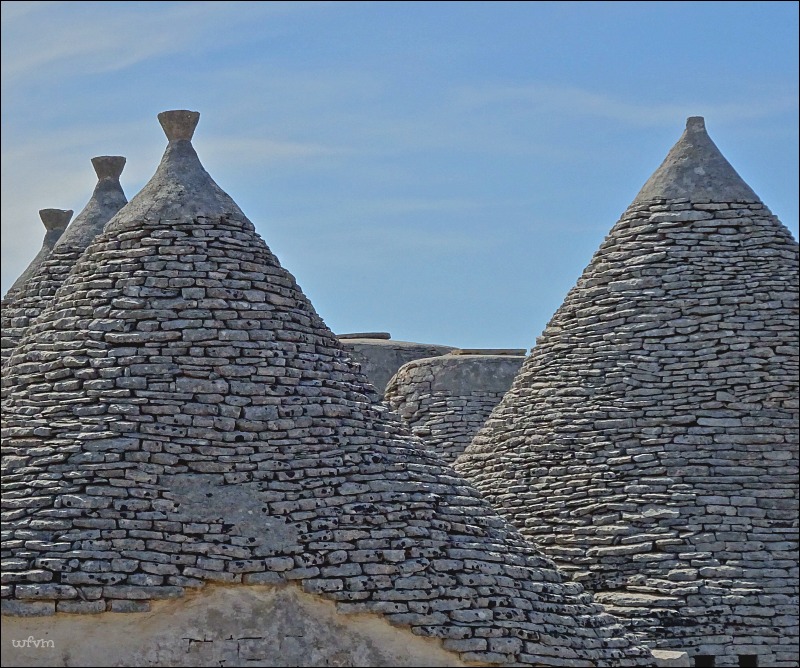 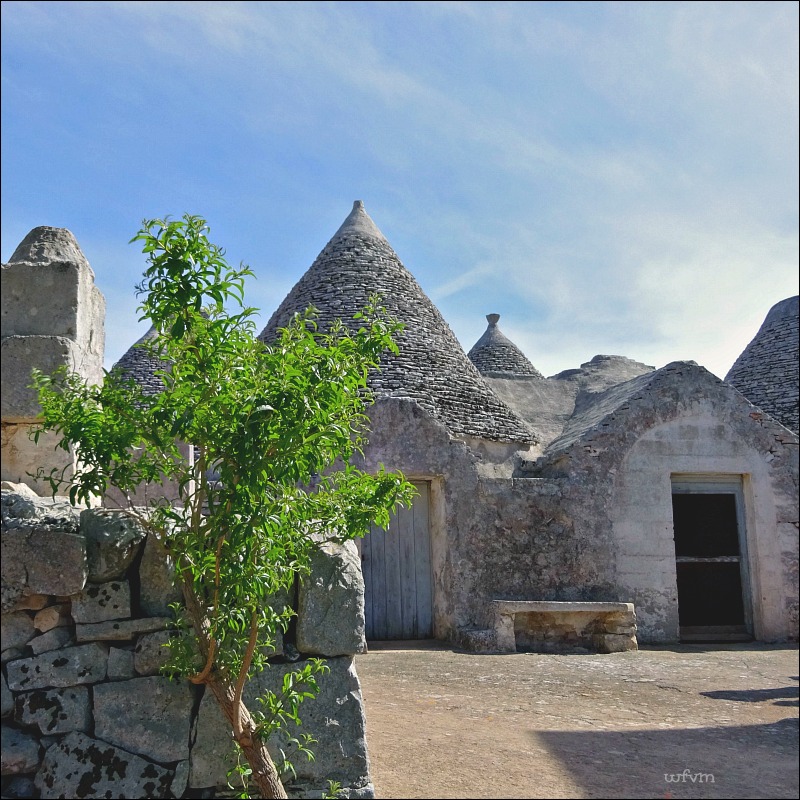 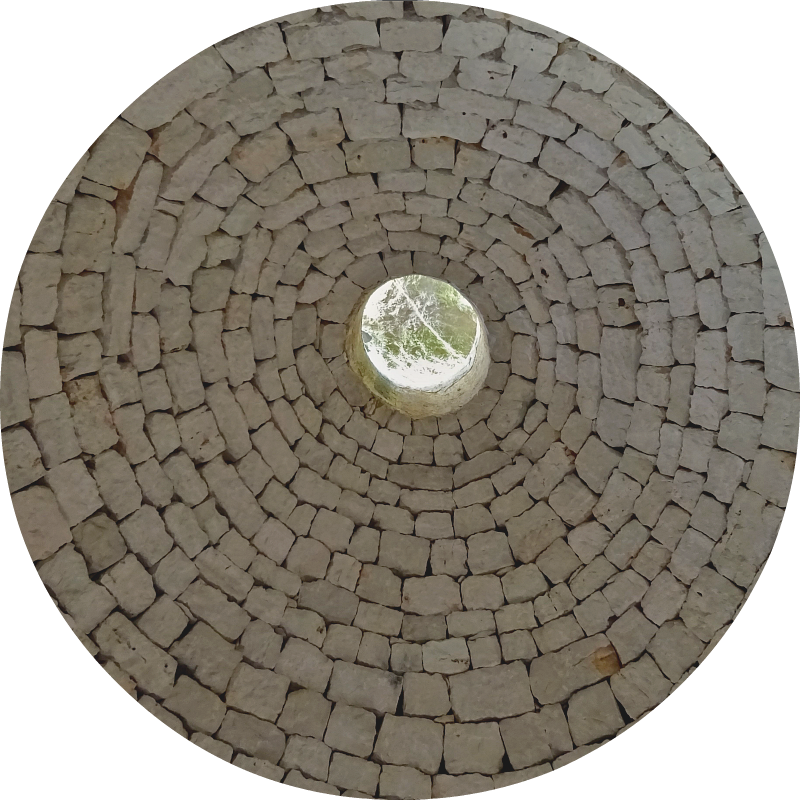 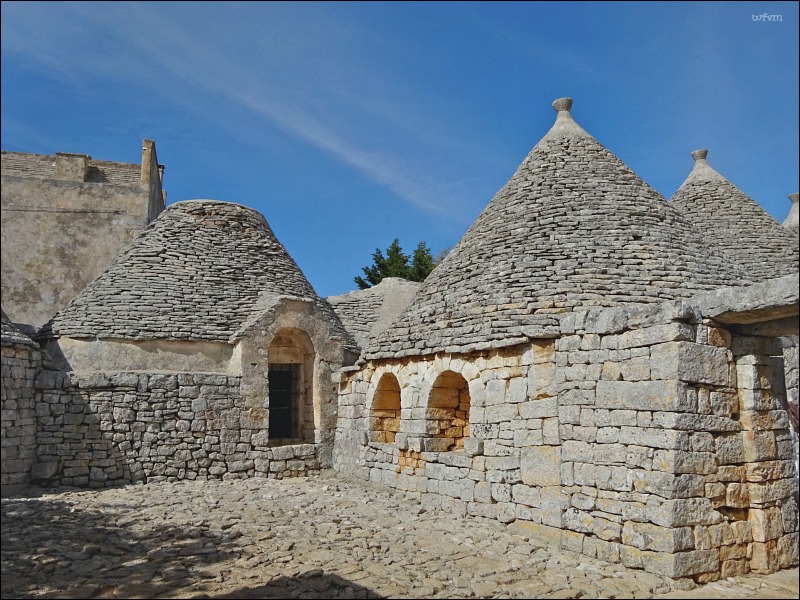 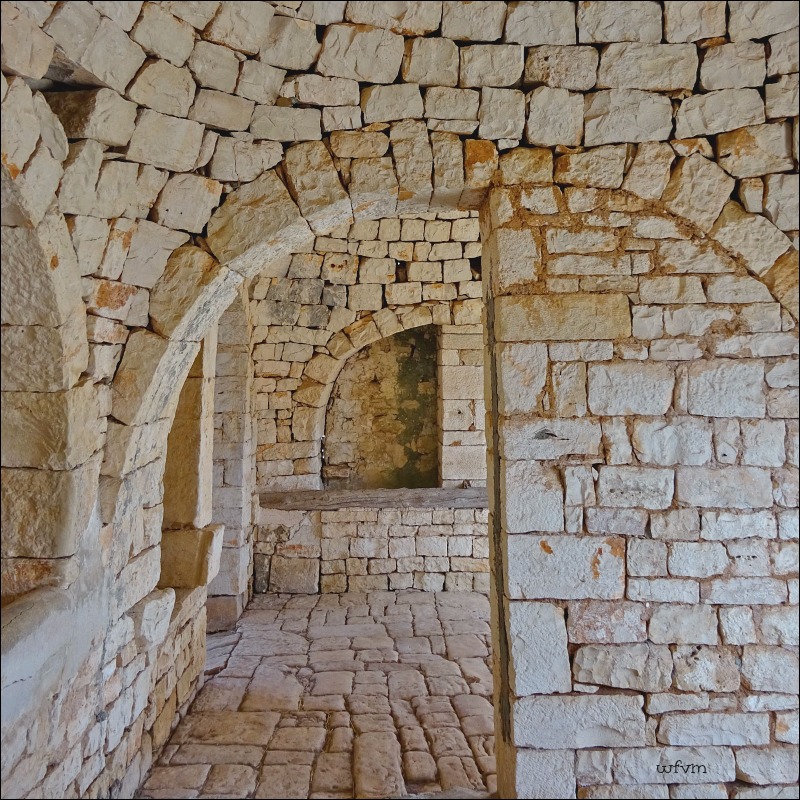 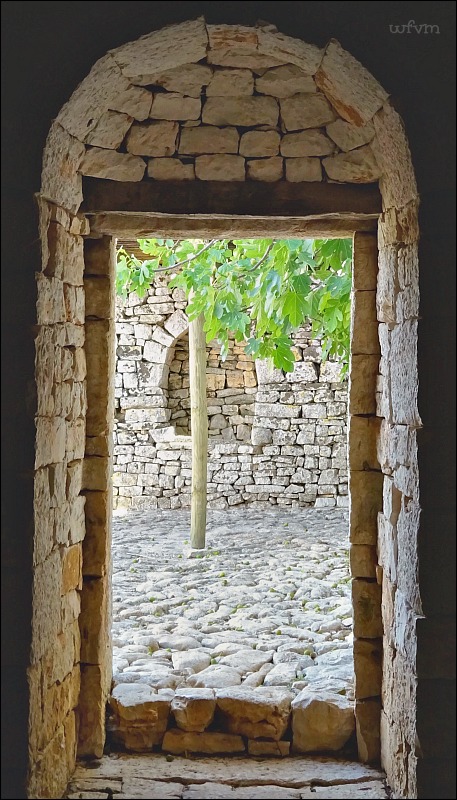 This southern region of Italy is known as either Apulia or Puglia, but they actually mean one and the same thing - Apulia is the regions traditional Latin name from antiquity, Puglia its modern name.
Posted by Rosemary at 07:46