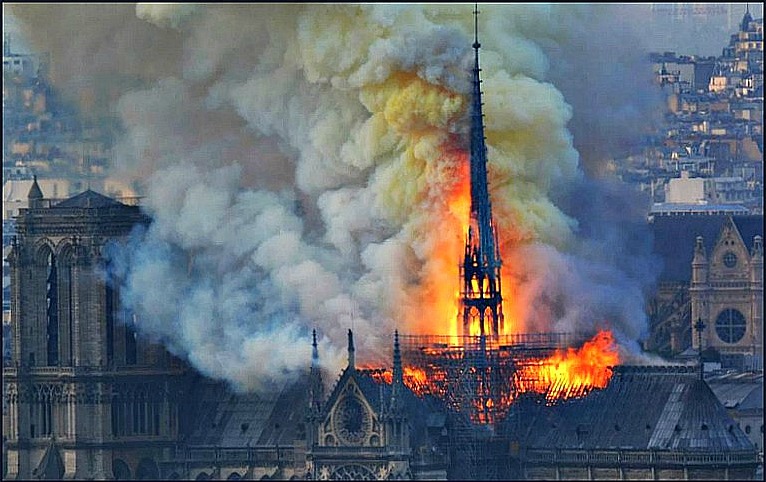 As a result of the devastating fire in Notre Dame Cathedral last night, I am showing a repost from my last visit in 2015. 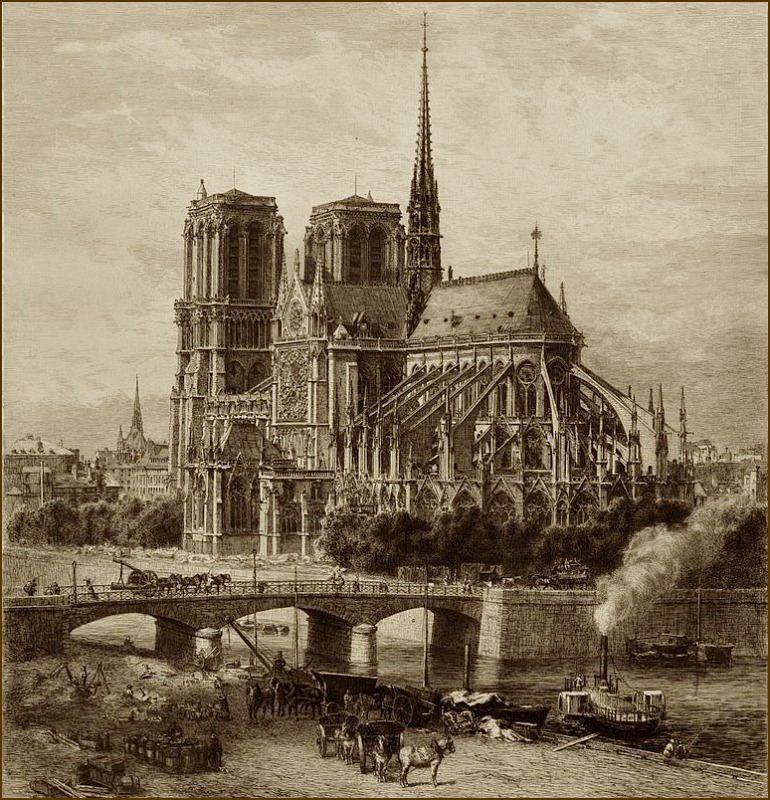 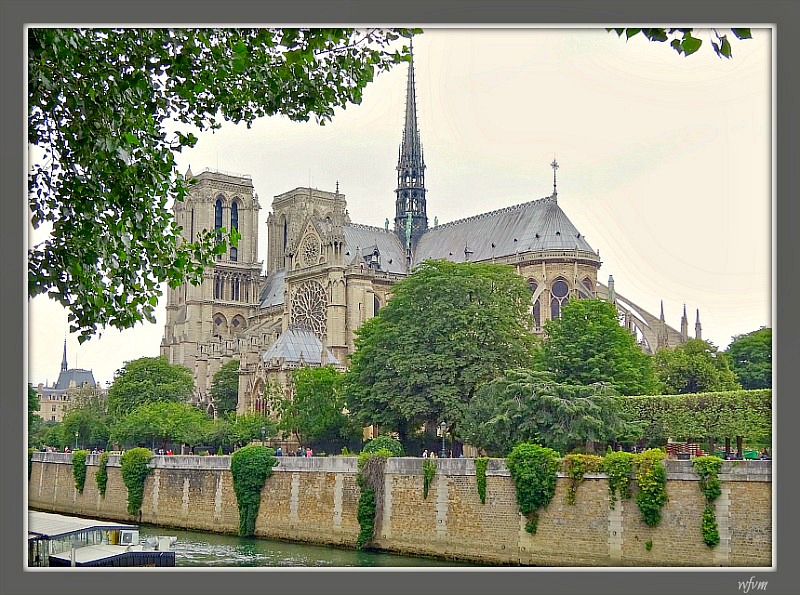 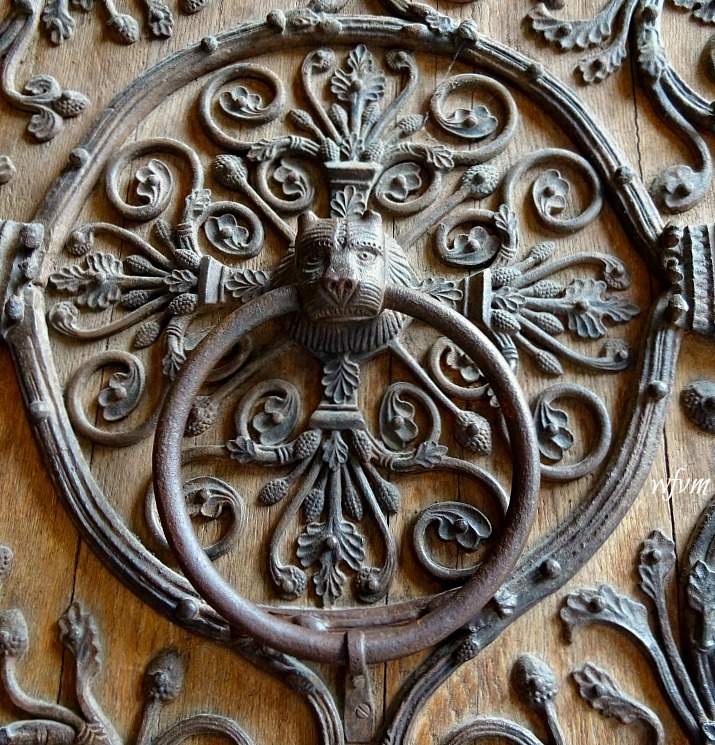 Before entering the cathedral, it is worth looking upwards to observe the stonework surrounding each of the three great western portal doors. Carved in 1220 the first portal depicts scenes from the life of the Virgin Mary and the third shows scenes from the life of St. Anne (the Virgin Mary's mother). It is, however, the central portal showing 'The Last Judgment' that particularly caught my eye. 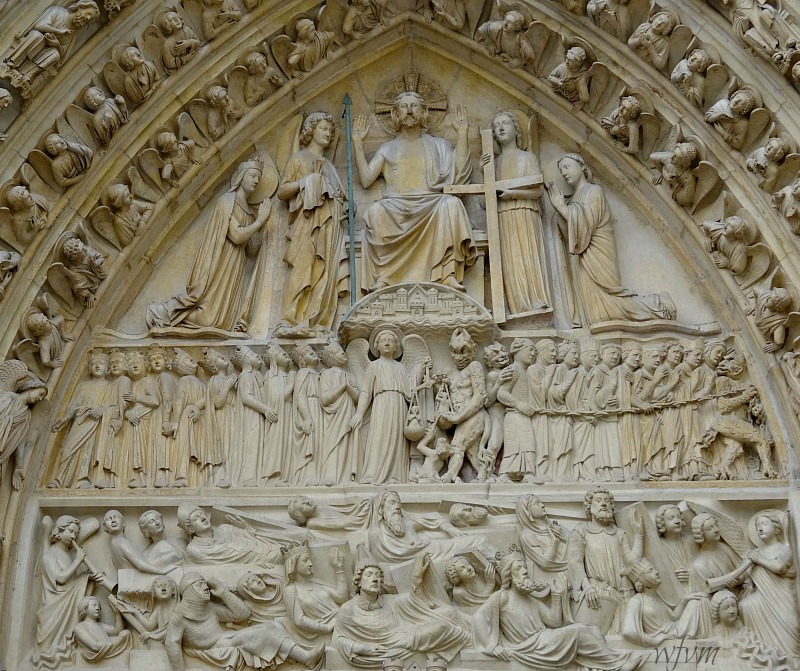 On the lower lintel, the dead are being resuscitated and awakened from their tombs by angels blowing trumpets. Above the archangel Michael is weighing their souls according to the lives they led on earth and the love they showed to God and to man. The chosen people are led to the left towards Heaven (on Christ's right) and the condemned are lead to the right, to hell, by evil looking devils. In the tympanum, Christ is seated in majesty on his throne of glory, reminding the observer that he came to earth to save humankind through his sacrifice on the cross. He is showing the wounds on his hands and side whilst the two angels next to him bear the instruments of Passion: the angel on the left is holding the spear and the nails of the Cross, and the angel on the right is holding the Cross itself. Mary and John the Baptist, kneel behind the angels in support of Christ as they did at his crucifixion. At the top can be seen the Heavenly Court showing angels, patriarchs, prophets, martyrs and virgins 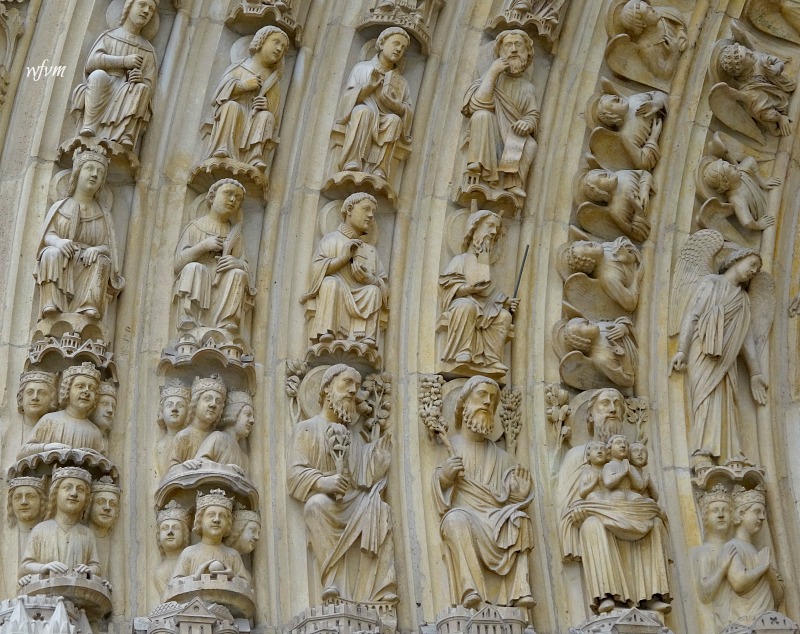 A medieval stone carvers idea of heaven and 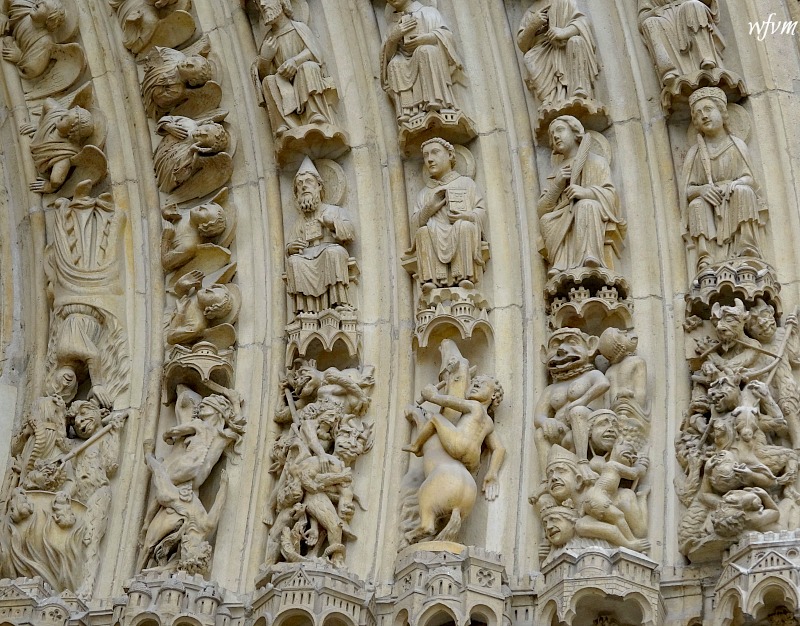 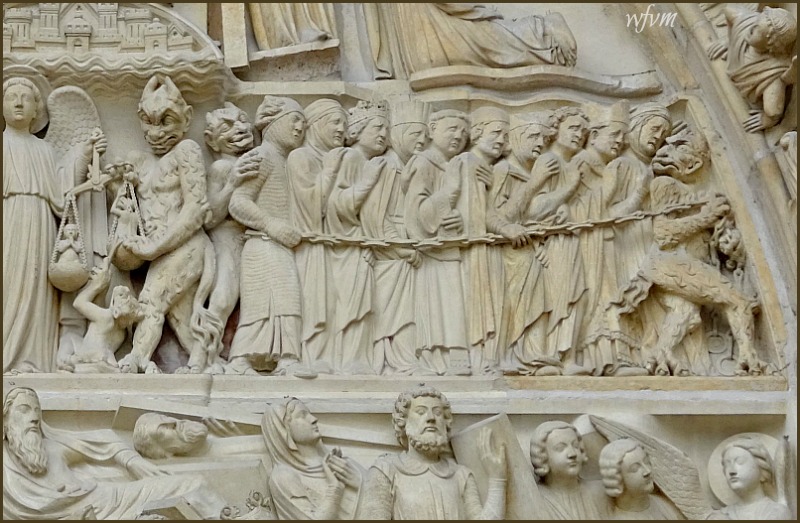 In closeup note the anxious and distressed faces of the condemned and the wicked expressions of the devils. Amongst the condemned are bishops, monks, kings and queens. Beneath the lintel the resurrected, their eyes still sealed in death, are pushing up their tomb lids. One has to marvel at the exquisite artistry and vivid imaginations of these medieval stone carvers 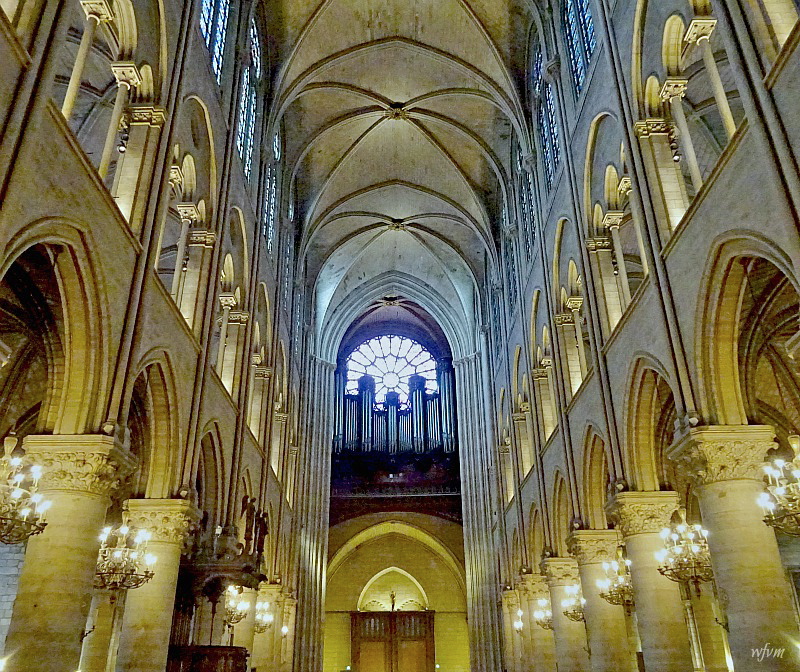 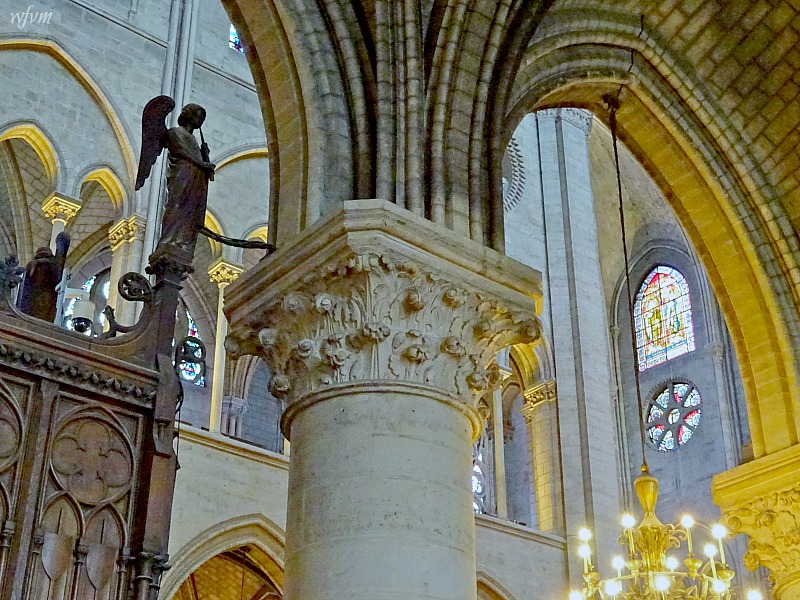 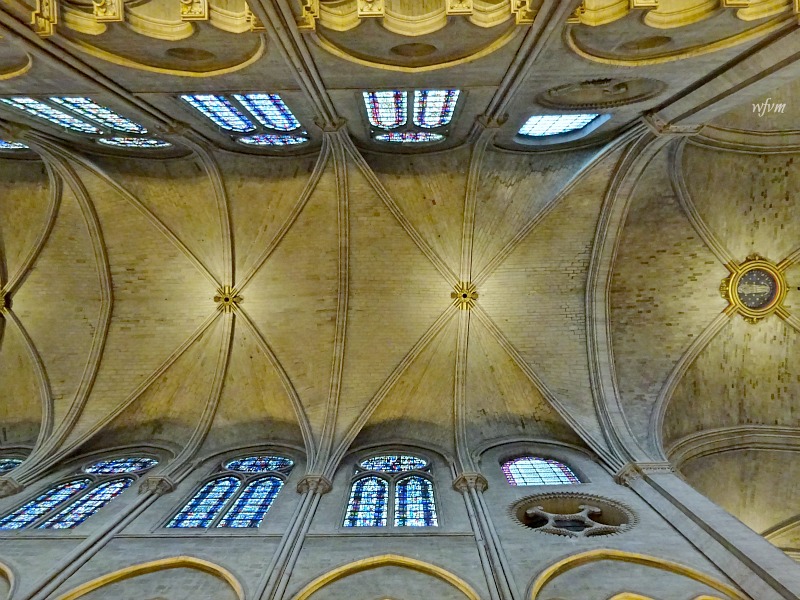 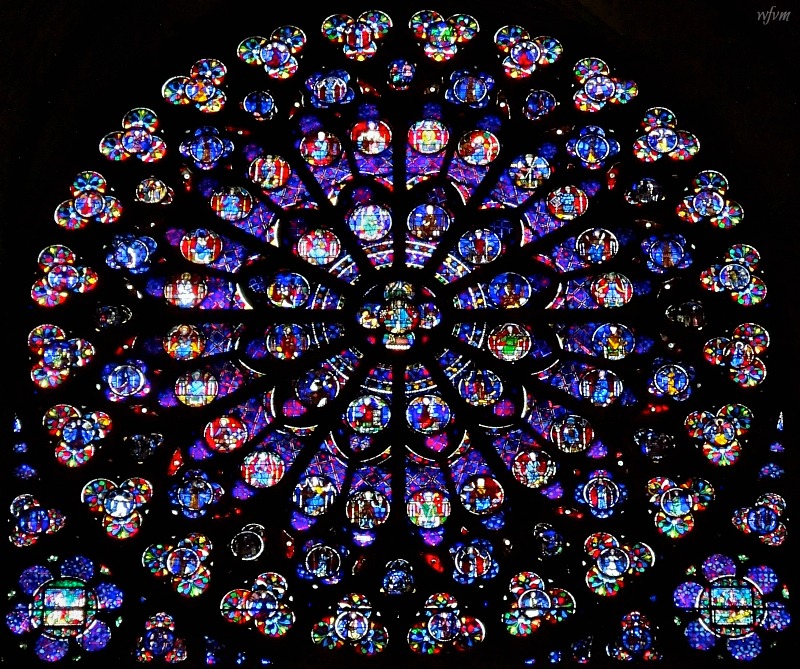 The three rosettes Notre-Dame de Paris are some of the greatest glass masterpieces in Christianity. The South Rose Window was donated by King St. Louis designed by Jean de Chelles and Pierre de Montreuil. The rosette is dedicated to the New Testament and has 84 panes divided into four circles. The first one has 12 medallions and the second has 24. A third circle is made up of quadrilobes, and the fourth circles has 24 trilobes. This window features the religious symbolic number 4, along with its multiples, 12 and 24 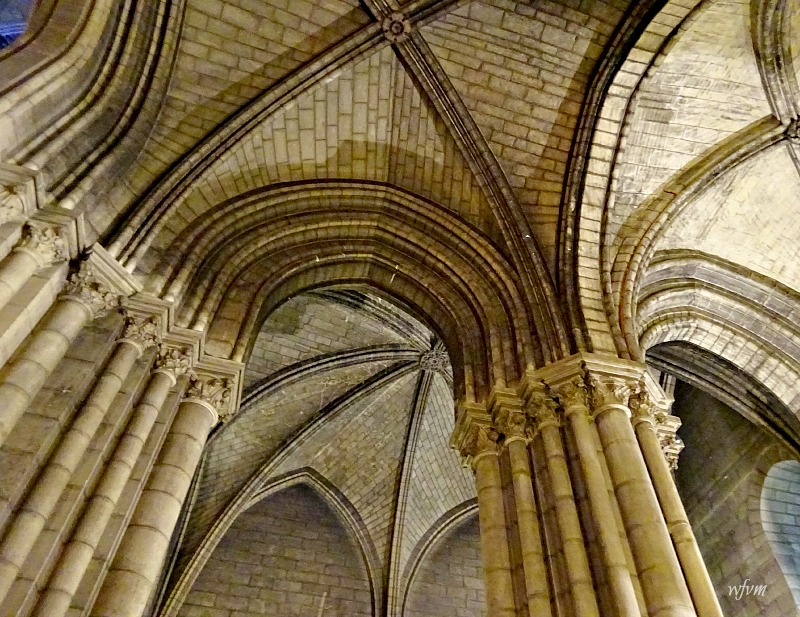 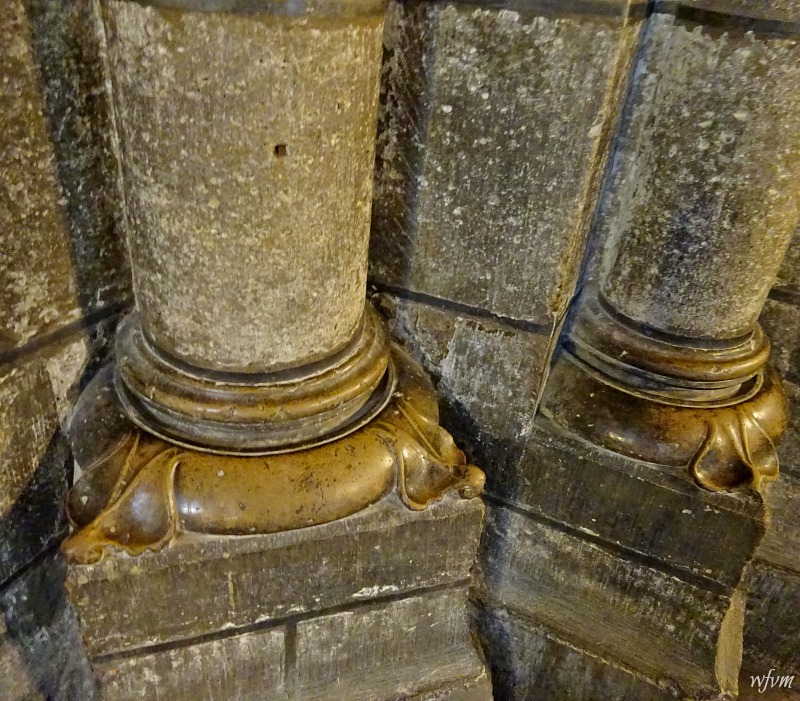 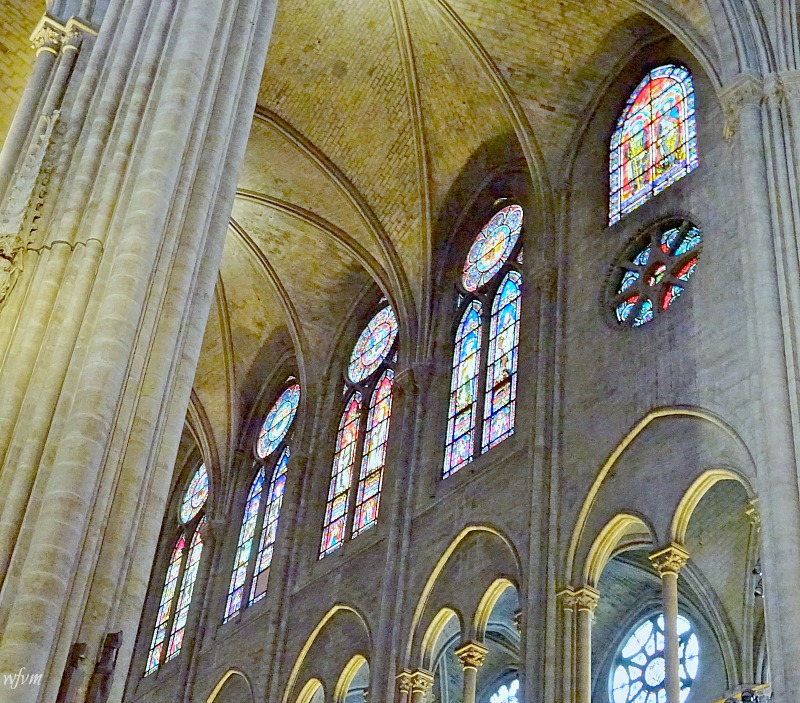 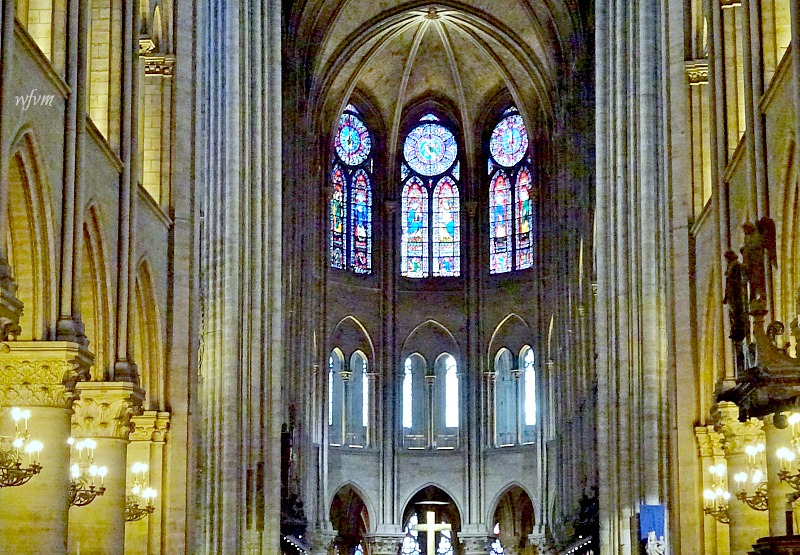 Just like York Minster in England which suffered a similar devastating fire in 1984, Notre Dame, will once again, hopefully, rise from the ashes.
Posted by Rosemary at 14:12