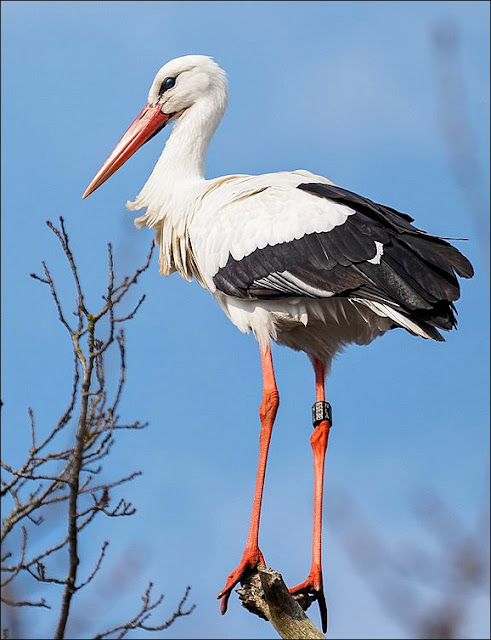 image courtesy wiki
The white stork - Ciconia ciconia has been extinct in Britain for over 600 years, but why did they disappear? The reasons for their non-residence here are not clear. It is, however, likely that a combination of habitat loss, over-hunting and targeted persecution may all have contributed to their decline. The last record of a breeding pair was on St. Giles Cathedral in Edinburgh during 1416.

Storks are a Christian symbol representing holiness, vigilance, and the Annunciation. According to European folklore, the stork is responsible for bringing babies to new parents. Although this is an ancient legend, it became highly popularised during the 19th century by Hans Christian Andersen through his fairy tale 'The Storks'. 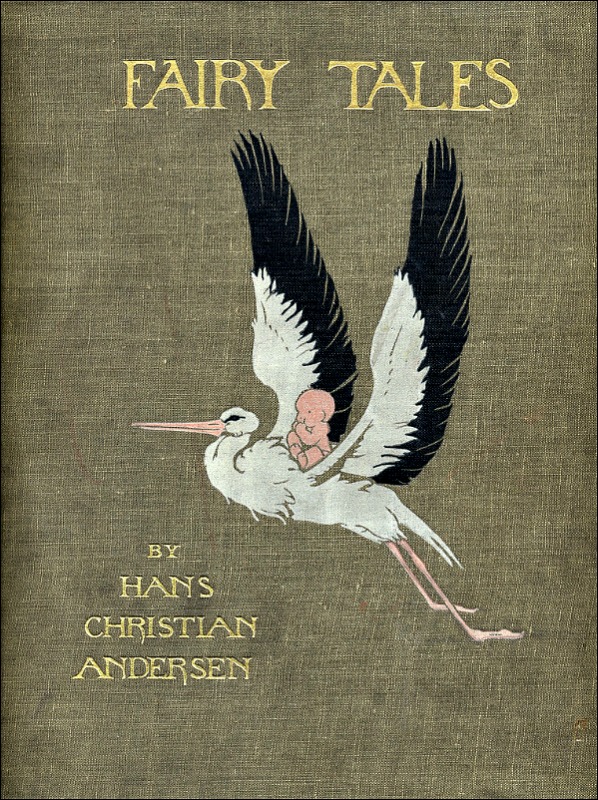 courtesy wiki
Four years ago around 40 young birds were introduced to the Knepp estate in West Sussex. The estate, a former farm, had been 'rewilded' and turned over to nature.
This Spring, two pairs of Storks have mated and are now raising three chicks each in two lofty oak trees on the estate. The parents are all young birds - white storks usually mature a little later, so a close eye is being kept on both nests. The project aims to restore this lost population of leggy waders to southern England.
On the continent white storks build their huge, shaggy nests on rooftops, they enjoy being in close proximity to people. The hope is that if in the future white storks nest on our rooftops again, it will help connect people living in towns and cities to the wider countryside. I would be happy to welcome them here on my Cotswold rooftop.
The new chicks hatched at the beginning of May, and are growing rapidly. They will fledge when they are about two months old which will be a very special day for all bird lovers up and down the country. 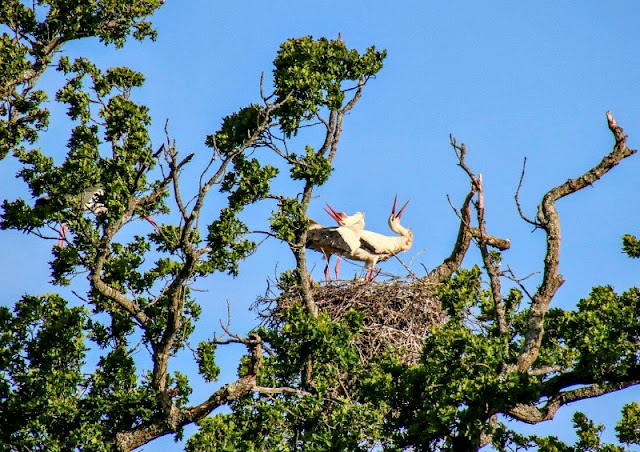 photo credit Brad Albrecht
One of the pair of white storks at Knepp greet one another as the female returns to their nest with food for the chicks.
Posted by Rosemary at 09:40