Answer to the Flower Quiz

A close up of the flower in question. 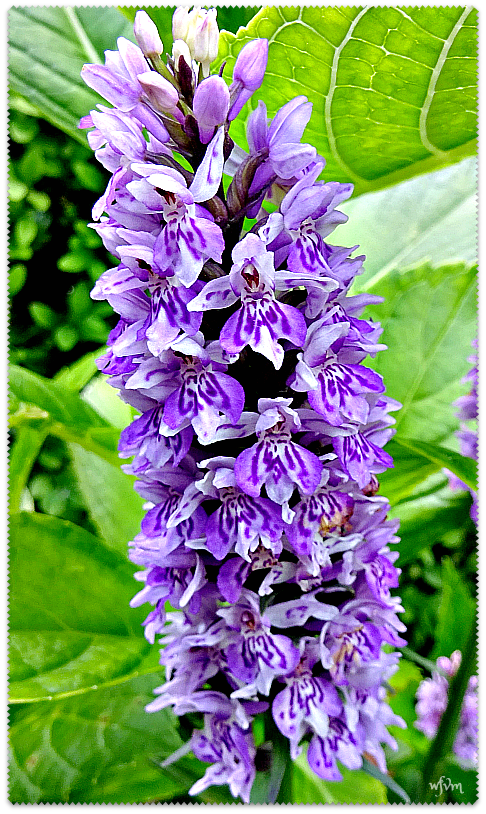 You will see that each small flower is a tiny orchid.
These wild Common Spotted Orchids are currently flourishing just over our garden wall on the Common, but they are also growing in our garden. Presumably they have travelled over the garden wall via the wind. Wild orchid seeds are very tiny, resembling a spec of dust, so they travel very easily through the air. However, when they arrive in our garden they do have a tendency to make themselves at home in my already occupied flower pots, and then grow far bigger than those seen in the wild. The plant shown has found itself a happy spot in the middle of a hydrangea cutting. Several people did recognise the leaves correctly - this created a certain amount of deception, not on my part, but on the part of the plant. 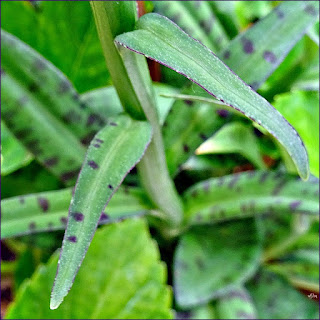 Three people gave the correct answer - I have to admit that the first one, John, didn't actually give me the name of the flower, but I gathered from his cryptic comment that he knew exactly what it was. I wasn't at all surprised, as I suspected all along that he would know.

Congratulations to all three - shown in the order that they were received.
1. John
2. Susan
3. Betty


******
I also want to mention Britta because initially she did suggested an orchid and then immediately changed her mind!
Posted by Rosemary at 10:11