I love lilies and several of mine are currently holding centre stage in the garden. 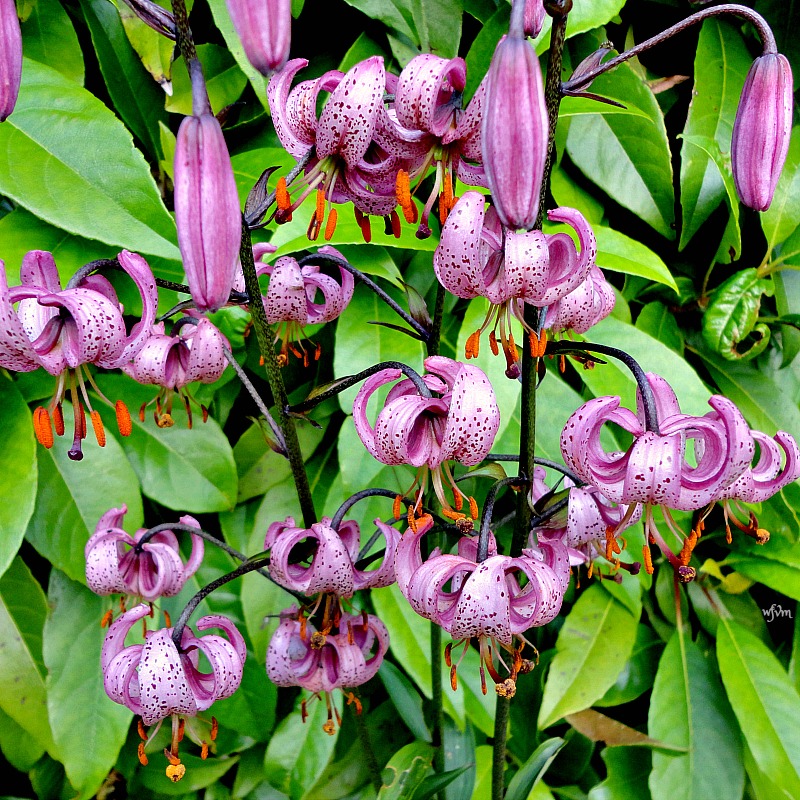 Lilium martagon 'pink'
The first time that I ever saw these pink martagon lilies was many, many, years ago. It was during a family holiday taken with our two sons in the Pyrenees. We were staying in Andorra, which is both the highest, and the smallest country in Europe. We had set off early one morning for a full day of trekking and suddenly caught sight of a large clump of them growing in the wild as we crossed a remote valley - it was then that I fell in love with them. 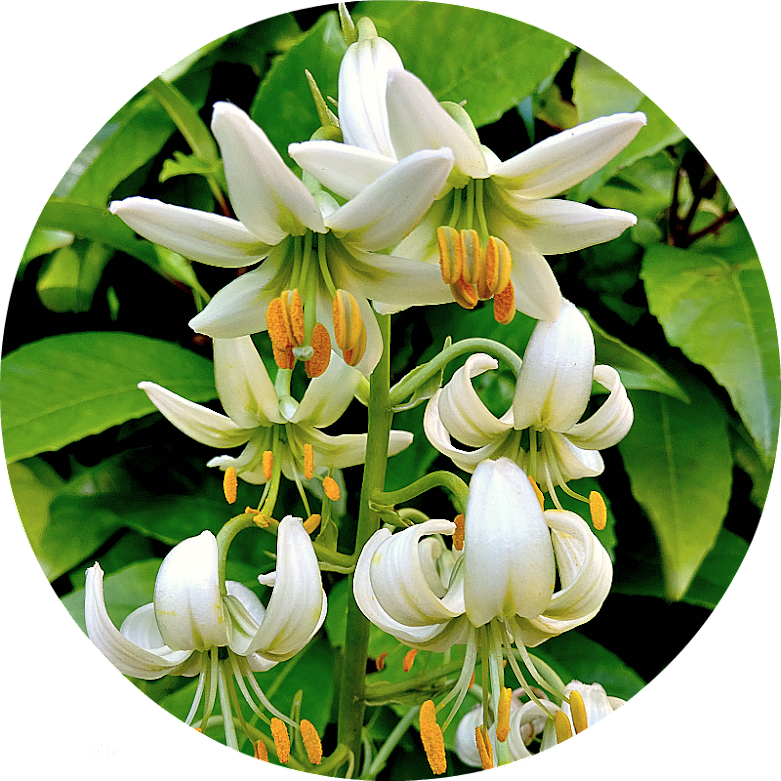 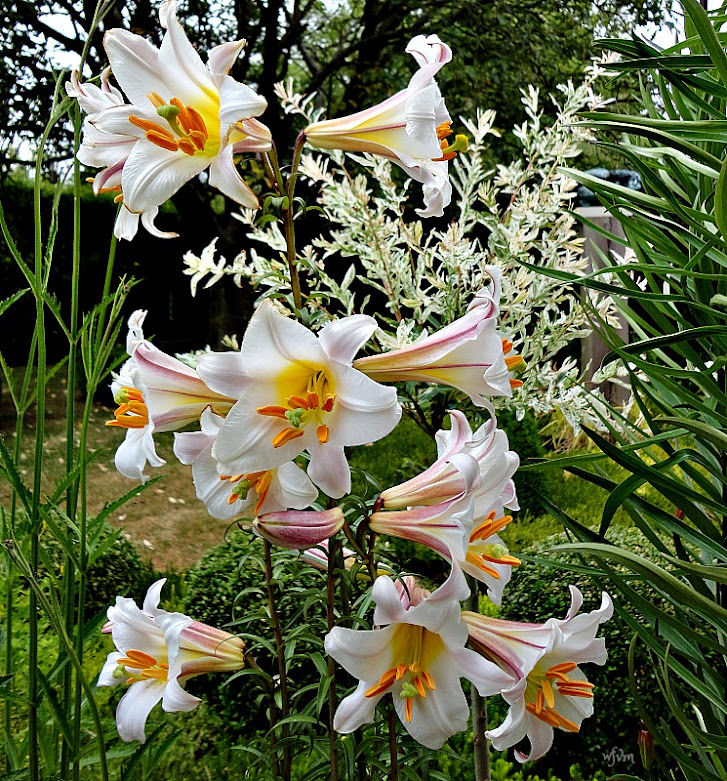 Lilium regale
Lilies most commonly mean devotion or purity. In Greek mythology, Zeus wanted baby Hercules to drink the milk of Hera, his wife, but Hercules was born of another woman. Even though Hera disagreed, Zeus brought him to drink her milk whilst she was sleeping, but she awoke and pushed him away. The drops of milk that spilled on the ground grew into lilies.
In China, lilies are used at weddings because they represent 100 years of love and also good luck. The Assyrians and Babylonians associated lilies with the goddess of fertility, Ishtar, and Christians associated lilies, especially Madonna lilies, with the Virgin Mary. Many Victorian painters along with members of the Pre-Raphaelite Brotherhood admired lilies and often included them in their paintings - the regale lily shown above being a great favourite. 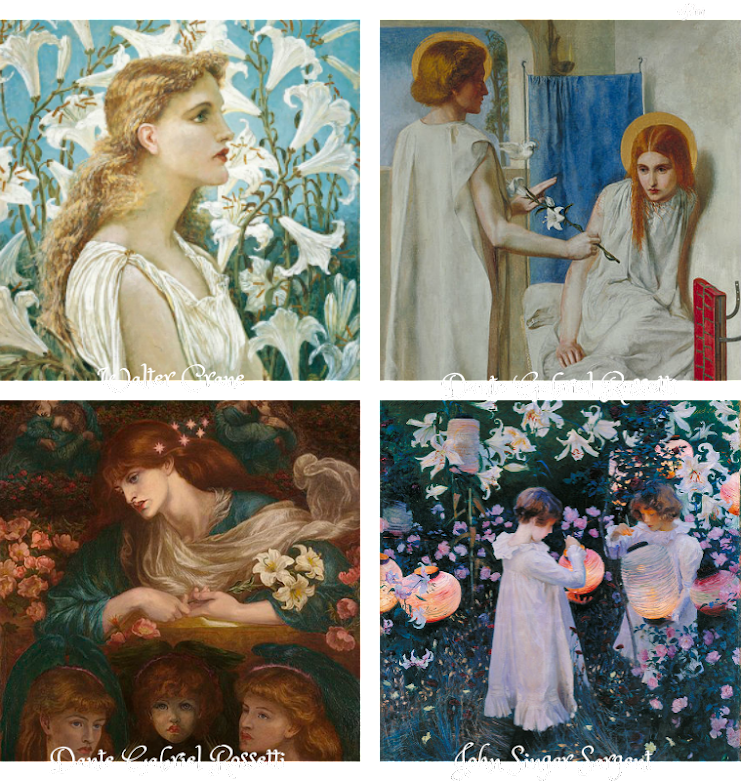 Email ThisBlogThis!Share to TwitterShare to FacebookShare to Pinterest
Labels: lilies