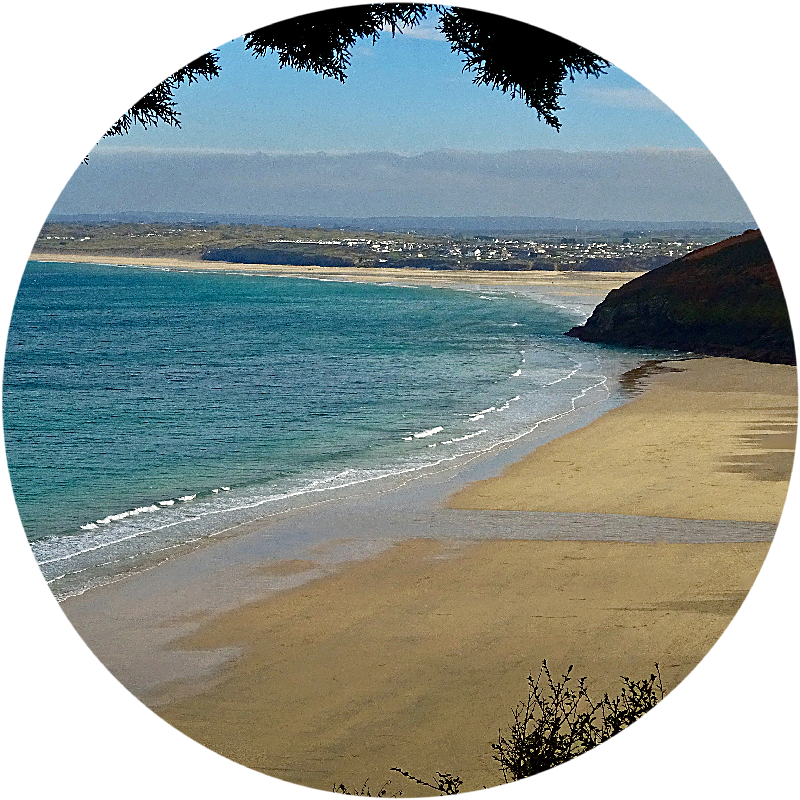 December 2018
We were surprised and also somewhat dismayed to learn that what we think of as our secret Cornish hideaway will soon be revealed to the world. It has just been announced that the hotel will be playing host to the next G7 Summit in June.
For many years we have stayed at this lovely hotel that sits within its own private sandy cove and enjoys spectacular views across the Atlantic.  We prefer to visit during the winter season, and especially enjoy escaping there for a few days prior to Christmas. We have often left home in typical inclement December weather, only to discover on our arrival, warmer, sunnier climes. The area has a very special light which has over the years attracted and drawn many of our great artists to live and work there. 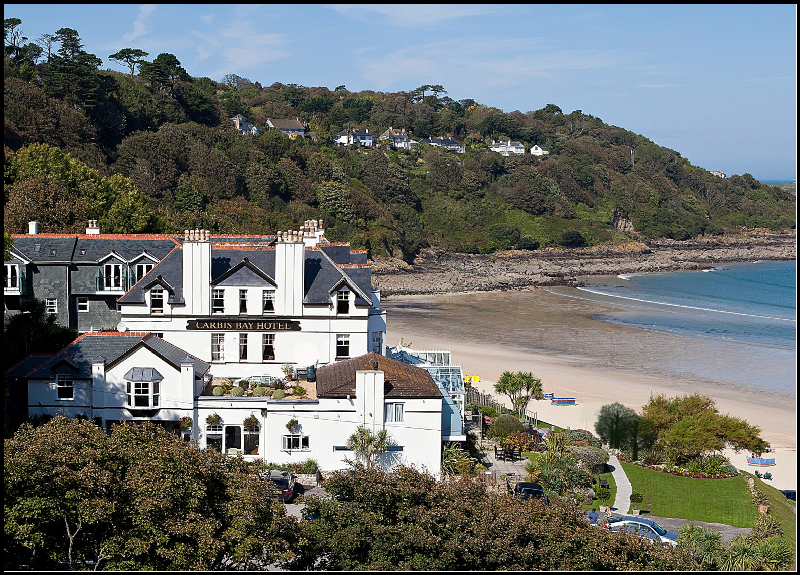 Built in 1894, the hotel was designed by the renowned Cornish architect Silvanus Trevail. It quickly gained popularity as a result of a boom in British seaside holidays at the end of the 19th century, which had become possible with the expansion of the railways. The architect, Silvanus, eventually rose to become the President of the architects' professional body, The Society of Architects. 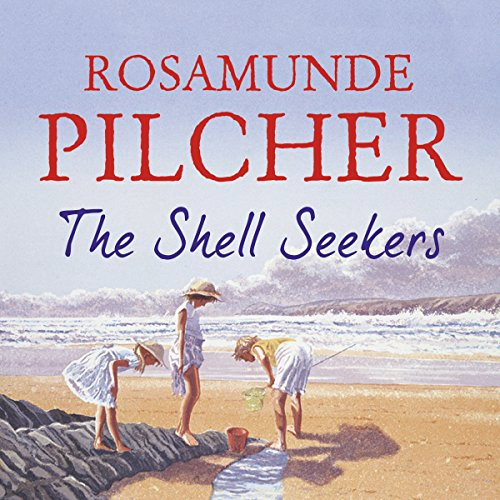 The hotel was immortalised by the author Rosamunde Pilcher, where it appears as The Sands Hotel in her novel The Shell Seekers, and also in her book Winter Solstice.
'Penelope, however, has taken everything in her stride. By everything, I mean the enormously thick carpets, swimming pools, jacuzzis, private bathrooms, televisions by our beds, huge bowls of fresh fruit, and flowers everywhere. We have clean sheets and towels very day. Our rooms are all in the same corridor, and have adjoining balconies, looking out over the gardens to the sea. From time to time, we step out onto them and converse with each other. Just like Noel Coward's Private Lives.'
Virginia Woolf spent three weeks at the hotel in 1914 and, years later, wrote To The Lighthouse, inspired by Godrevy Lighthouse which sits on an island across the water from St Ives Bay . 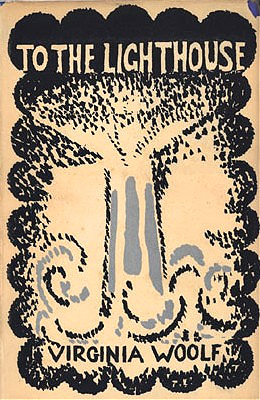 There is only one rather narrow vertiginous road leading down to the hotel which I suspect may have proven to be an important aspect from the point of view of security, and a very narrow clifftop path that winds it way along to St. Ives together with a single track small railway. Both of these are also very easy to secure and protect from prying eyes and reporters. The lovely food, the peace, quiet, and the seclusion, no doubt all played a part in the choice.
You can see more of the area here including a short video showing the railway journey that runs from St. Ives and passes through Carbis Bay.
Posted by Rosemary at 23:29