Recently, David, who lives in Canada, featured an Inuit carving on his blog. In his comments, I mentioned that we had one, and he asked me if I would take a photograph and show it here.

The Inuit carving we have was purchased years ago in Toronto with helpful advice from my Canadian SiL. Carved out of Steatite (soapstone) it is heavy, sculptural, tactile, and smooth to the touch - a piece of work that we have always admired.

According to David, Inuit artists have gained international recognition in recent years, and their work is in high demand. 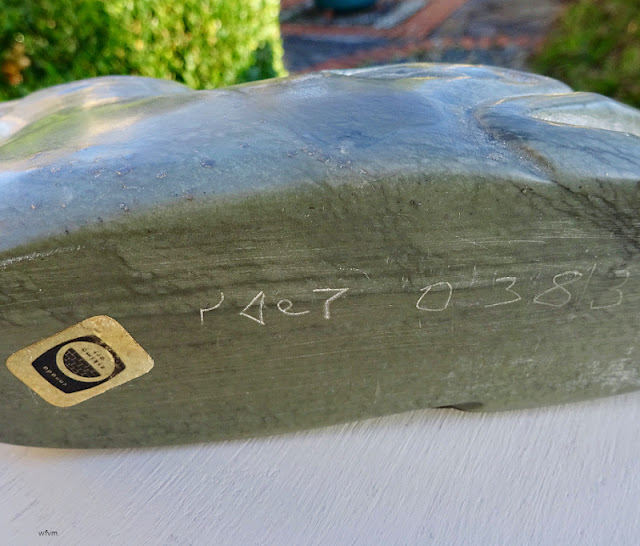 The base of our carving shows an authentication igloo label certified by the Canadian Government along with signed symbolic characters called syllabics, which represent the Inuit people's traditional written language, Inuktitut "ᓯᐃᓇᔨ". I am not sure what the numbers 0383 indicate. I used a Canadian Aboriginal Syllabics transliteration system which came up with Siinaji in Latin! 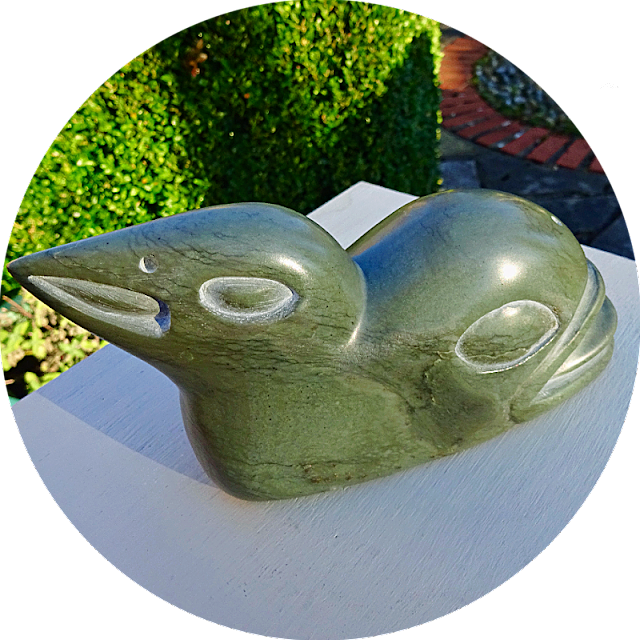 I particularly like the way that the striations and inclusions within the soapstone offers up a different appearance to each side. 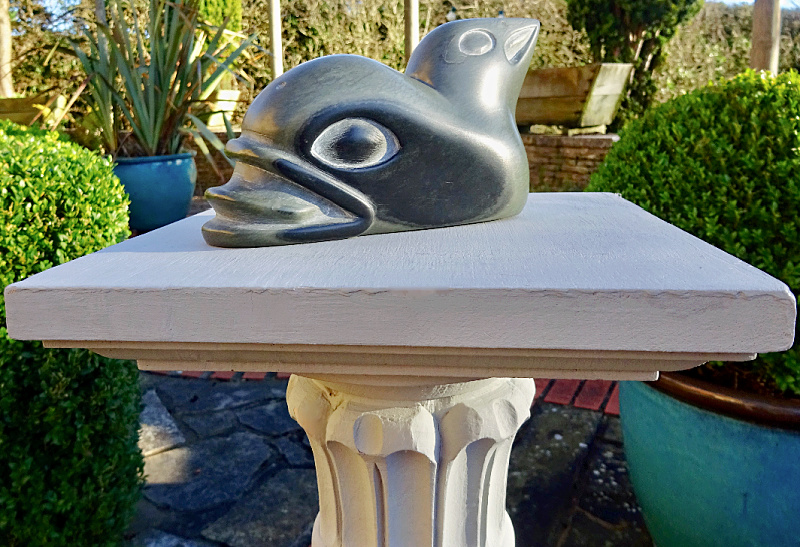 "Carving has always been an essential part of the hunting culture of Canadian Inuits. With only natural resources such as stone, occasional pieces of driftwood, ivory and bone with which to make efficient hunting tools, Inuits, of necessity, became very accomplished carvers."     Roger Duhamel