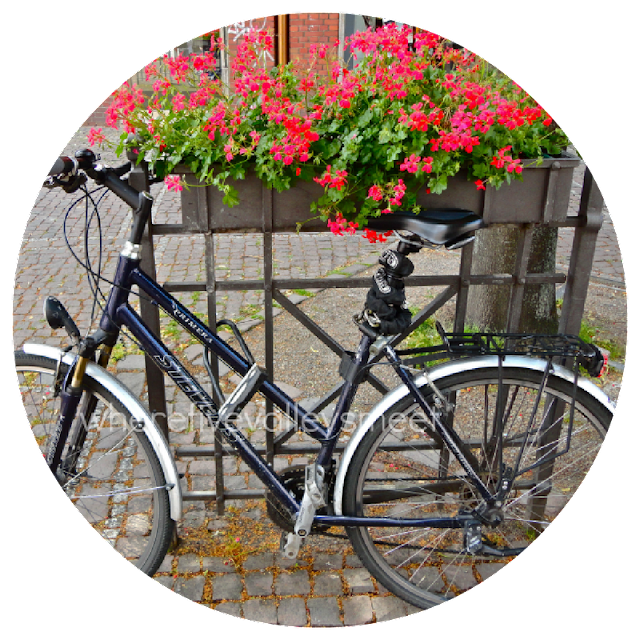 The medieval city of Aachen lies just over the border from Belgium into Germany. It was famous in the time of the Celts due to the hot springs which were transformed into thermal baths when the Romans arrived. 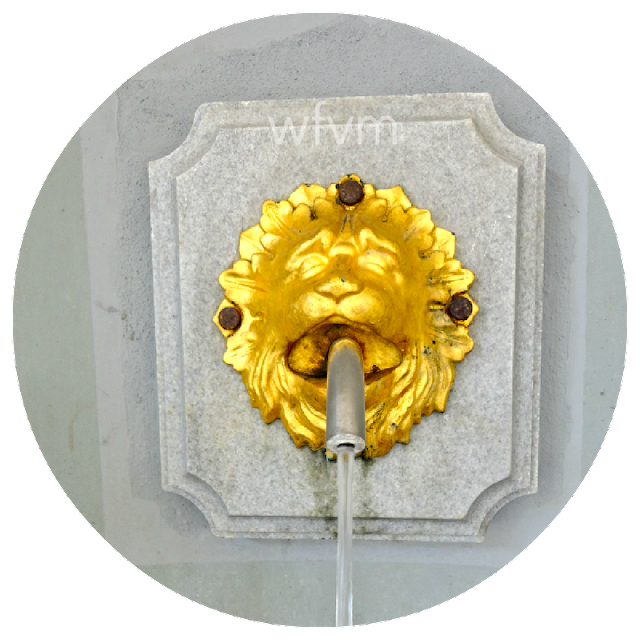 It came to further prominence when Charlemagne, the Holy Roman Emperor, made it the capital of his empire. It is also the International Equestrian Centre of Germany, we all know how very successful the German team are at dressage and jumping from seeing them at the Olympic Games. Another claim to fame is a special type of cake which looks like a biscuit known as Aachener Printen, made with honey and sold in many specialist shops. 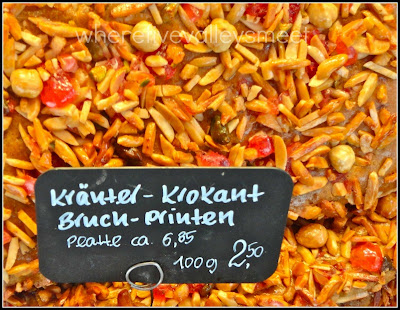 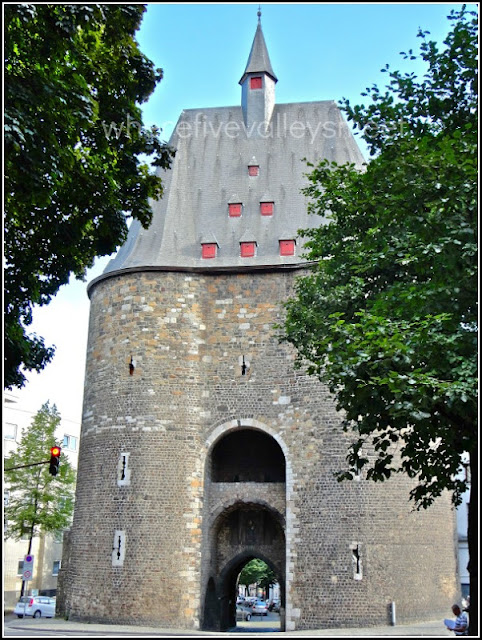 One of the two remaining city gates 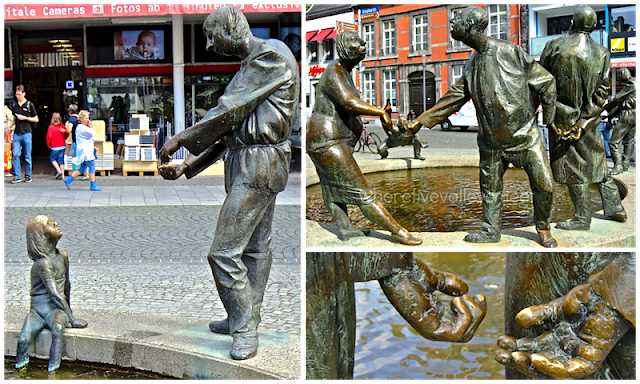 All of the German towns and cities we visited had lots of very impressive sculptures. This one is called the Circulation of Money. It shows beggars, bankers, moneylenders, a father teaching thriftiness - a topical subject for today. The water whirls around the pool where it then disappears down a hole in the centre. 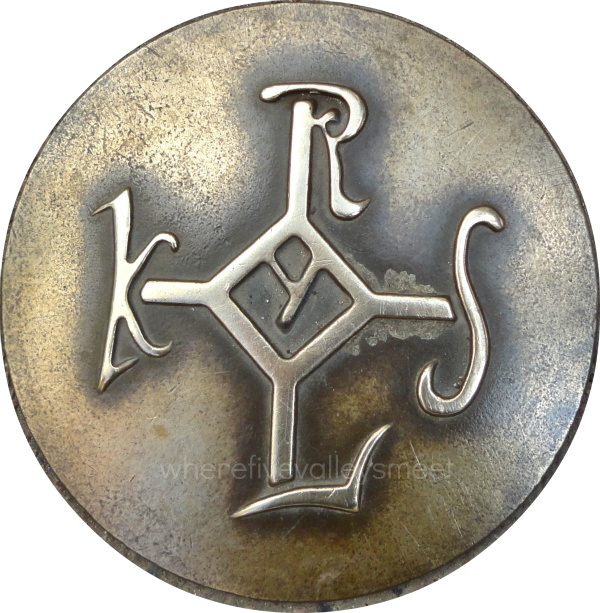 Charlemagne's signature
These bronze buttons are all over the pavements in the town. When Charlemagne visited the Eastern Roman Empire, the Byzantine elites were amused by his rough barbarian dress and the stencil he used to sign his name. 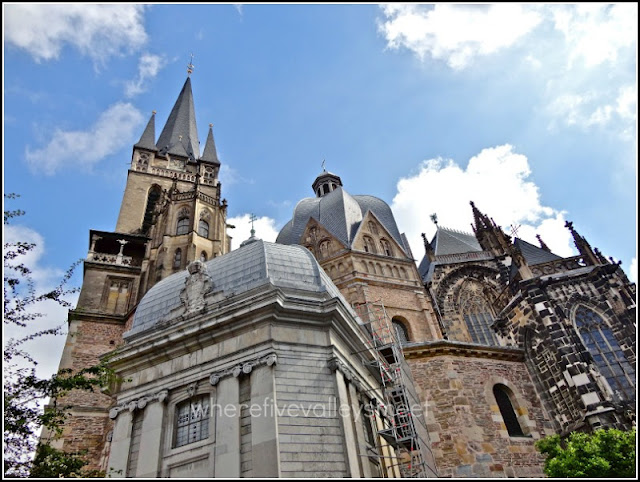 Aachen Cathedral, church of Charlemagne, coronation church, pilgrimage church, UNESCO World Cultural Heritage.
The cathedral's present appearance has evolved over 1200 years. Around the year 800, the octagon with the cupola, the core building of the Palace Chapel was completed. In the 14th and 15th centuries, the gothic choir was erected. The Hungarian Chapel and the Portico were added in the 18th century. 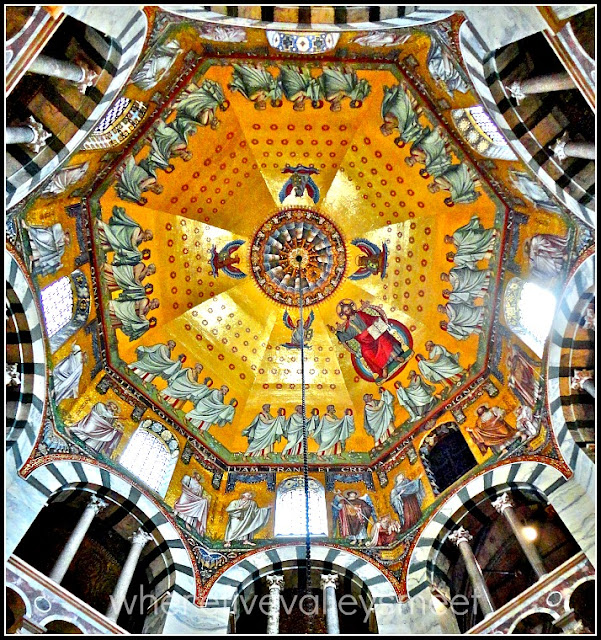 Charlemagne's core building - the octagon. The first post-classical cupola to be constructed north of the Alps. The upper stories are decorated with classical pillars. 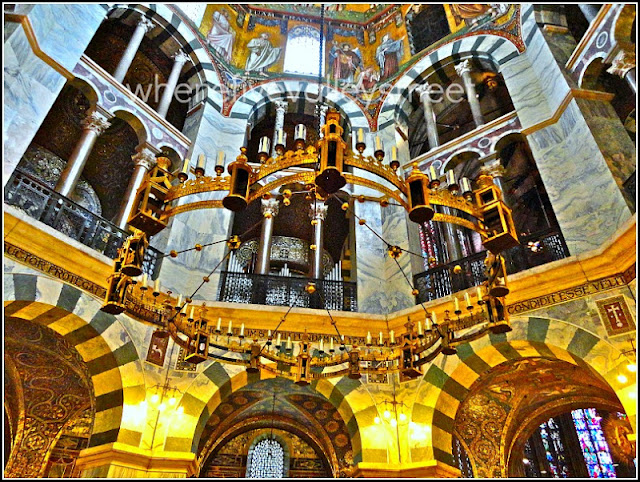 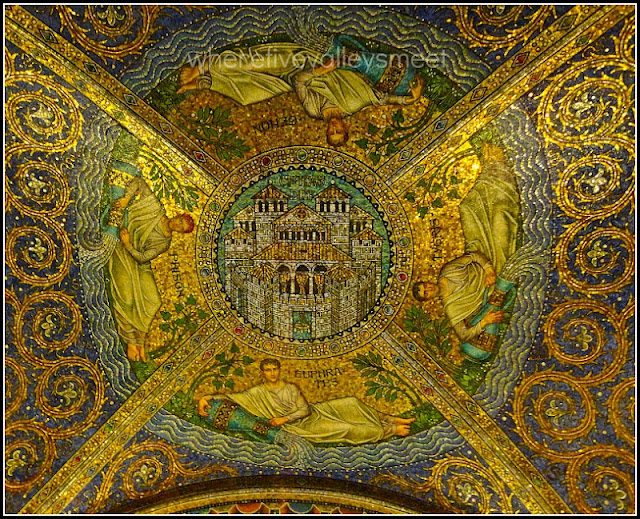 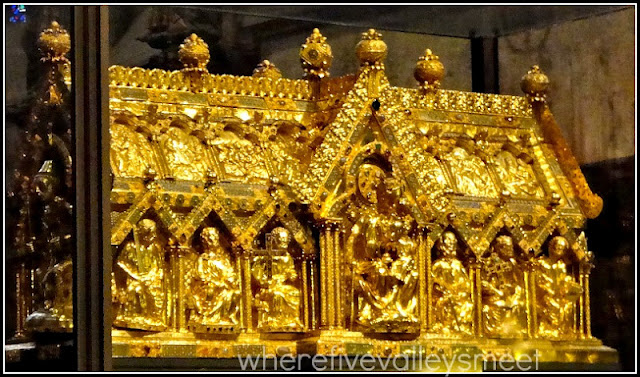 Apart from the shrine of Charlemagne, the most important treasure in the church is this shrine of the Virgin Mary. A reliquary containing four significant relics which are all linked to biblical narratives: the apparel of the Virgin Mary, the so-called swaddling clothes, the loincloth of Christ, and the decapitation cloth of John the Baptist. Since 1239 the relics have been kept inside this shrine. They are taken out every 7 years, the next Aachen pilgrimage being in June 2014. 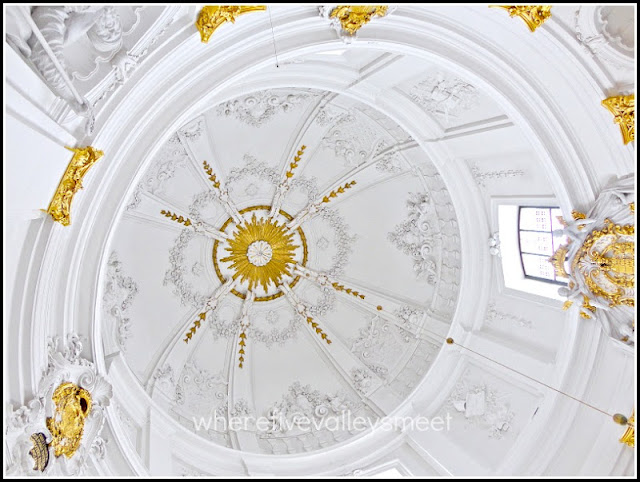 The Hungarian Chapel (Ungarische Kapelle) is for the use of Hungarian pilgrims and was endowed by King Louis 1 of Hungary and Poland; an inscription dates its consecration to 1367. However, today's baroque chapel dates back to 1767. 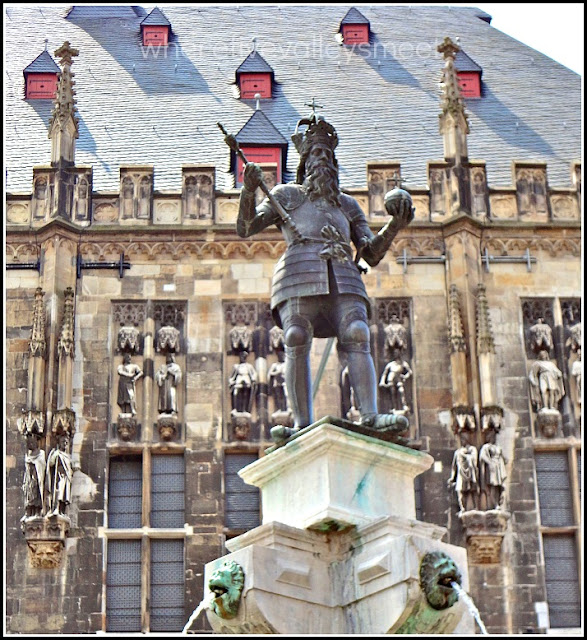 Statue of Charlemagne who apparently was very tall with red hair. His great success in battle was founded on the fact that he invented the stirrup. In battle his men were not knocked off their horses when they were attacked with a lance. 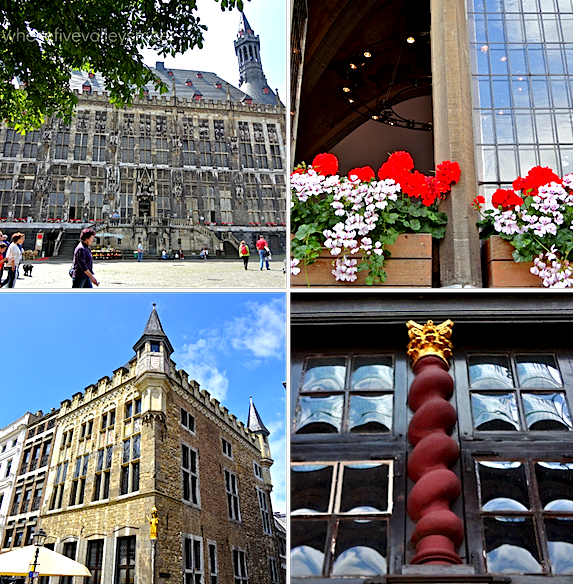