Tucked away down the pretty narrow country lanes of Herefordshire, and close to the Welsh border is the remarkable little church of St.Mary & St.David, Kilpeck. It is home to the finest collection of Romanesque sculpture in England carved out of red sandstone. 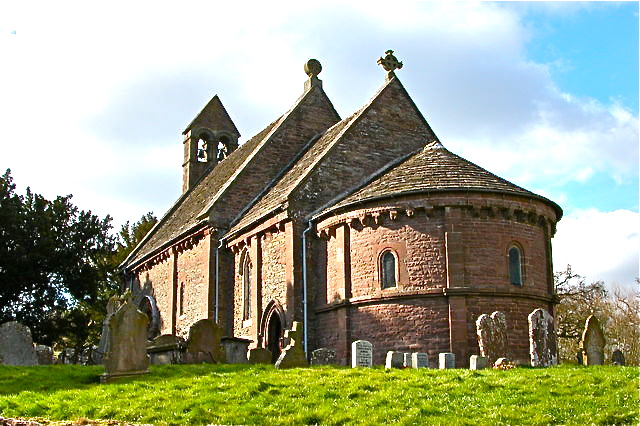 courtesy Philip Halling via wikipedia
Built in approximately 1140 it has survived almost intact and unaltered to the present day.
Its sculptures somehow survived the iconoclasm of both the Reformation and the Civil War, and the interior escaped major Victorian renovations. 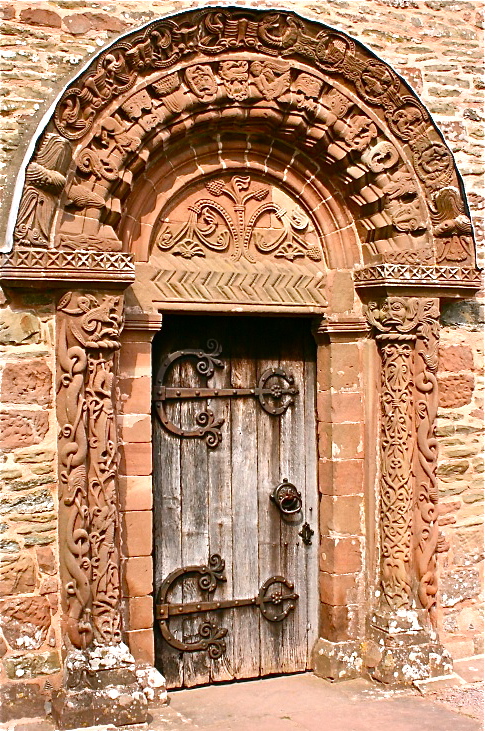 The magnificent south door showing the Tree of Life in the tympanum. Around this are two orders of arches, the inner arch being the earlier and more interesting. Some of the figures are from The Bestiary, a popular medieval guide in which real and mythical beasts are used to represent moral teachings. The right-hand pillar has a capital representing a Green Man figure. 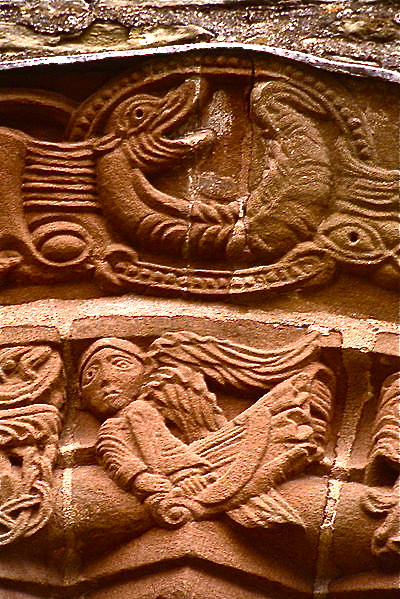 Inner arch over the south door showing an angel and mythical beasts in the outer arch. 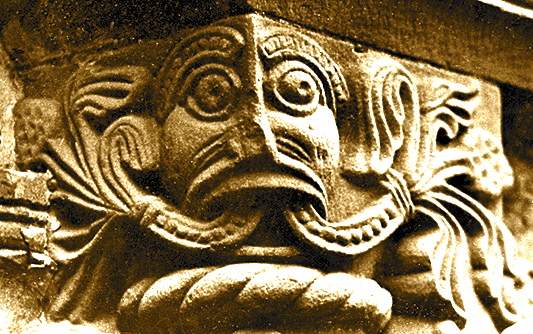 The Green Man with leaves spewing from his mouth 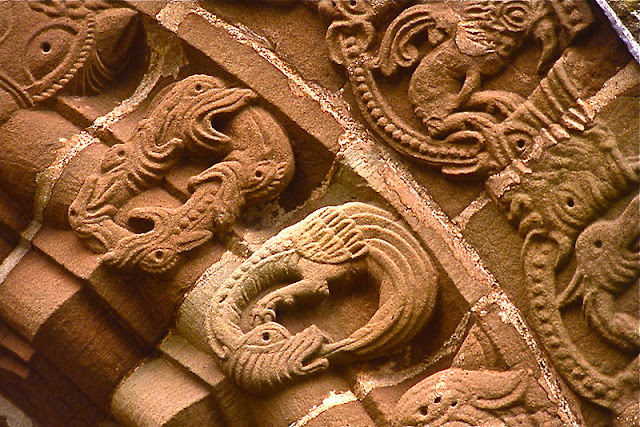 Snakes, tail of one in the mouth of the other. This may represent new life since the snake is reborn by shedding its skin each year. The snake also represents healing through the virtues of it venom. 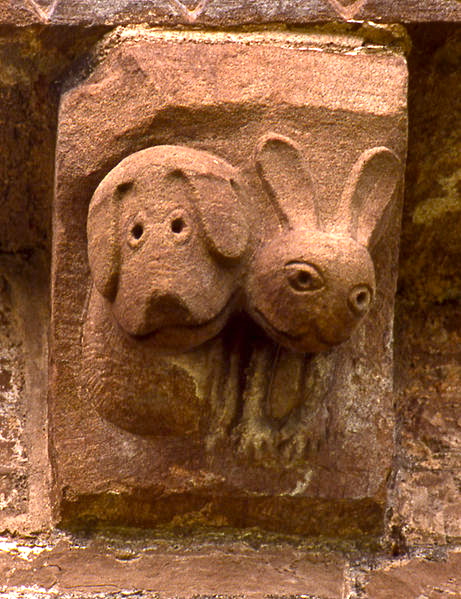 A Hound and a Hare.
The entire exterior roof line around the church is decorated with carved corbels, originally 89 in total. A few are missing, but most are intact and in excellent condition. It is generally presumed that they were intended to teach lessons to medieval man. Some were probably suggested by Hugh de Kilpeck founder of the church. Many seem to be simply entertaining or the ideas of the individual carvers.
The church is famous for its Sheela-na-gig, an 'exhibitionist' figure which can be seen on numerous other churches of the same period. Interpretations are many, and include: the unattractiveness of lust, a Celtic fertility symbol, or a goddess. 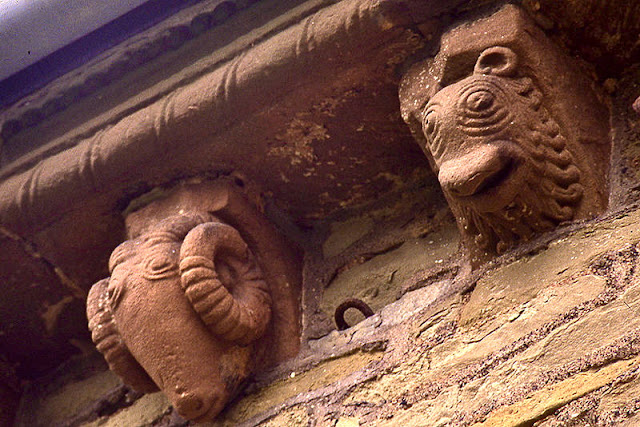 Two heads from the interior of the nave - a Ram and a Lion.
An extraordinary ancient holy water stoup, with hands around a pregnant belly.This originally stood by the door, where worshippers would have ritually washed before entering the church. It is much older than the church and is even considered to be pre-Saxon.
all images via wikipedia
Posted by Rosemary at 13:10