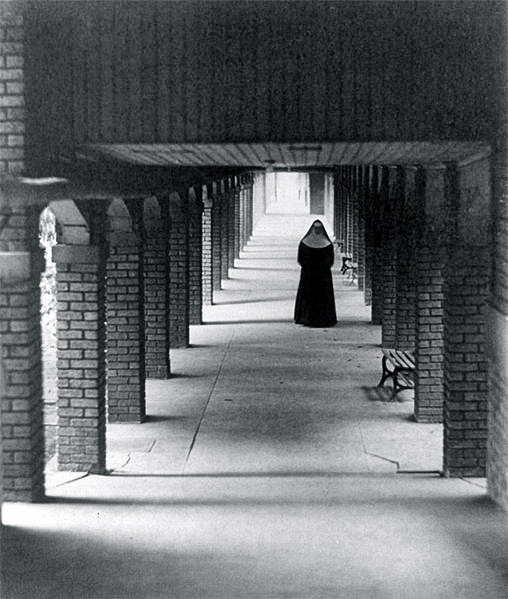 Nun in cloister by Doris Ulmann
via wikipedia
When I was only 6 years old my parents decided it would be to my advantage to take me away from the local village school. Although my parents were not Roman Catholic, they decided to send me to a private school called St. Philomenas Convent, a girls only school.
During my first week I can still recall the fear and uncertainty that I felt.  It was a very unfamiliar world to one so young - I had never encountered women wearing long black dresses, their hair completely hidden by a stiff white wimple and flowing black veil. On my first day I was in fact, physically sick in one of the very long corridors, but dare not own up that it was me, and was very anxious when I saw the nuns scattering sawdust on the mess I had made.
One mystery for me was the fact that those of us who were non-Catholic were daily left alone together in the classroom. The nuns would round up the other pupils and they would disappear in a long crocodile through a Gothic high arched door into what seemed a long, gloomy, dark abyss to my eyes. Where had they gone? what were they doing? and would they return? 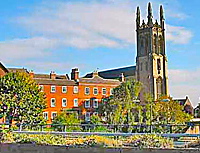 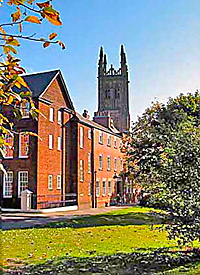 Two views showing the Convent
In recent years I have become interested in Pugin, the Architect, and have visited places that he designed, and one of those destinations took me back to that childhood school, the Convent.

I now know where the Gothic door led to, and it is supremely beautiful, it leads to one of Pugin's first churches expressing his love of Gothic Revival. He was only 25 years of age at the time he designed and built St. Mary's Church, Derby. 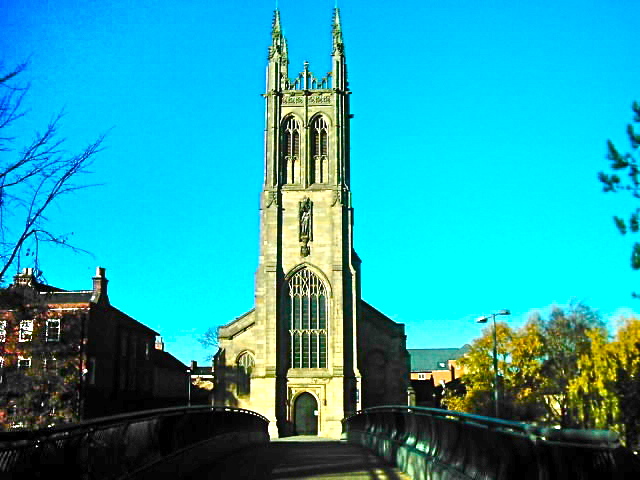 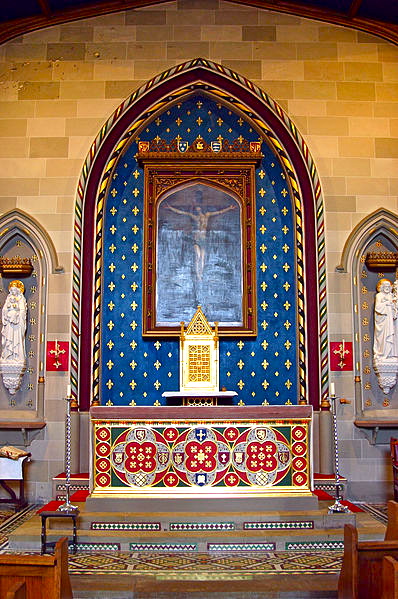 courtesy Martinb9999 via wikipedia
This Pugin altar image is from St. Peter & St. Paul in Shropshire, but vividly reminds me of St. Mary's, Derby with the striking use of blue, gold and red. 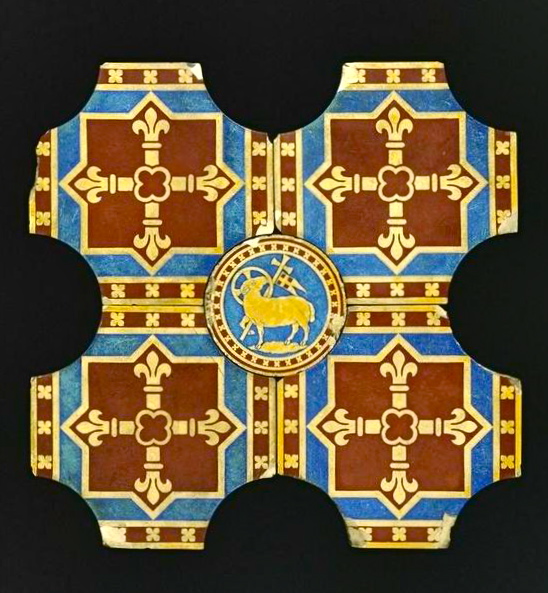 It is interesting to reflect on the journey I had to make as a 6 year old to reach the Convent. I would catch a bus from the end of the road in the countryside where I lived which dropped me at a terminus a couple of miles away. I then caught a Trolley bus into Derby, a journey of about 4 miles, this was followed by a good walk to the school.The junior school had no catering facilities which resulted in me having to catch another bus to get my lunch at the senior school. It was necessary to take your own cutlery, which I was always loosing, much to the annoyance of my mother. When I consider these journeys I made as such a young girl, it is little wonder I lost my cutlery. There was too much for me to remember, which number bus to catch and to where, and what time to catch it? Loosing the cutlery, I think, has given me a lasting fear of mislaying anything. I now have a recurring dream where I loose my passport, money, or my bag, I am on foreign soil and have no means of getting home.
My parents eventually removed me from the school, as I presume that they could see that it was all too stressful for one so young. I do, however, realise that my parents did have my best interests at heart.
Trolley buses - for those who do not know, draw their electricity from overhead wires. The poles that picked up the electricity on the roof of the bus were always becoming detached and the conductor would have to alight from the bus with a long post with a hook at the end to reattach them. 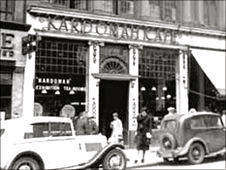 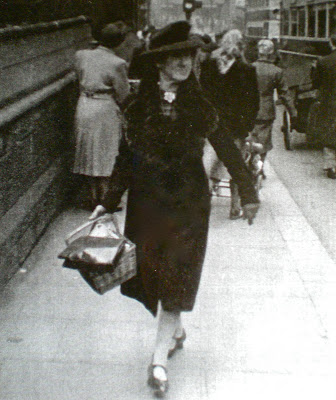 My sweet little maternal Grandmother, I think that I was the 'apple of her eye'.
Next post will feature Pugin
Posted by Rosemary at 22:48