This is written in conjunction with the previous post - The Convent School, which also makes reference to Pugin. 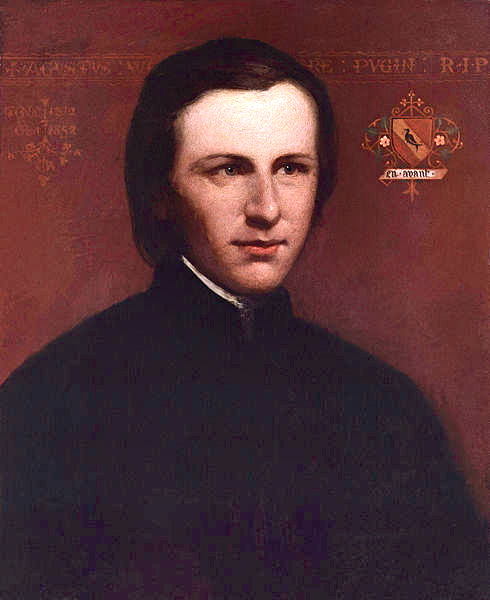 courtesy wikipedia
Portrait of Pugin in the National Portrait Gallery by an unknown artist 1812-1852.
Augustus Welby Northmore Pugin was the Architect most responsible for Gothic Rival in the early Victorian era. He achieved far more in his 40 year life span, than most could ever hope to do in a lifetime twice as long.
As a child he was influenced by his French born father who was a skilled draughtsman, and interested in medieval architecture.
Pugin had three wives - he married his first wife when he was 19 years old, but a year later she sadly died a few days after giving birth of their baby girl. In the months following he lost both his mother and father, so by the age of 20 years he was all alone, a widower with a baby.
He married for a second time and had six children, but  his second wife also died. He had one further child with his third wife whom he was married to for only four years before his early death.
After he lost his first wife and his parents he decided to become a Roman Catholic convert. His conversion resulted in the loss of some commissions, but also brought him into contact with new patrons and employers within the Roman Catholic church, and in particular the Earl of Shrewsbury.
Palace of Westminster 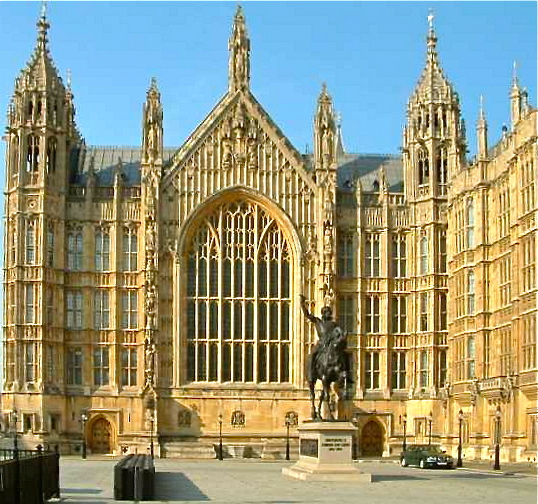 via wikipedia
Inside the House of Lords & the Central Lobby 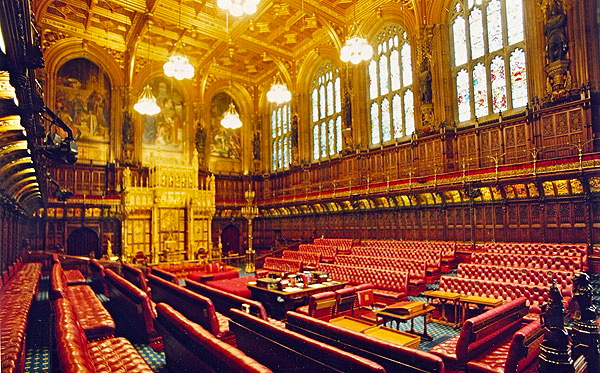 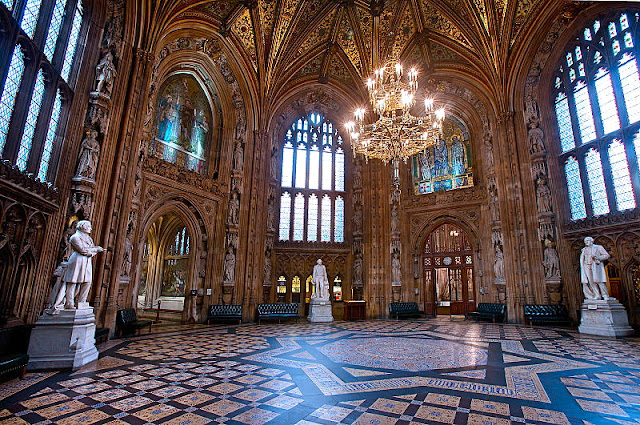 The building that springs to mind for most people when recalling Pugin is the Palace of Westminster. Although the building as a whole was designed by Charles Barry, he relied entirely on Pugin for its Gothic interiors, wallpapers and furnishings, including the royal thrones and the Palace's clock tower in which Big Ben hangs. Pugin also designed the exteriors gothic embellishments. For over 100 years Pugin received no acknowledgement of his enormous contribution to the palace, and was paid a small fraction of the fee Barry received. The panelling in the House of Lords alone required 1000 drawings.
Some of his achievements over his short 18 year working life:-
Designed and built 17 churches in Ireland.
Several churches in Australia.
26 major houses in England, including Alton Towers - the family seat of the Talbots - The Earls of Shrewsbury.
19 Institutional buildings including Balliol College, Oxford and Downside Abbey.
50 major ecclesiastical designs including St. George's Cathedral, Southwark, London, and his most renown church, St. Giles', Cheadle, commissioned by the Earl of Shrewsbury.
Apart from all of this he designed furniture, silverware, brassware, tiles, stained glass windows, theatre sets, and jewellery.
Some say Pugin died of overwork; during the last few months of his life he suffered something akin to a total nervous breakdown.
He was a large influence on John Ruskin, William Morris and George Gilbert Scott. 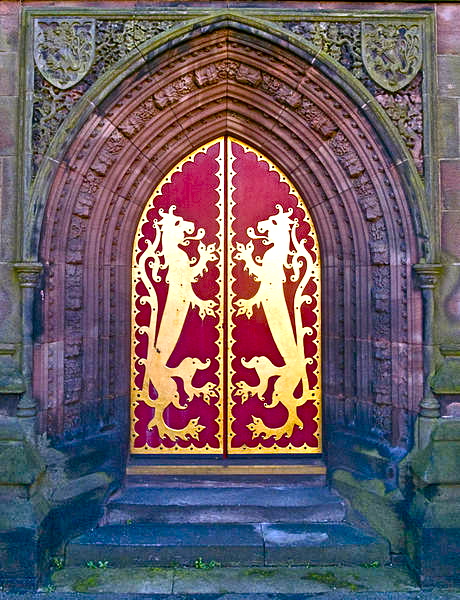 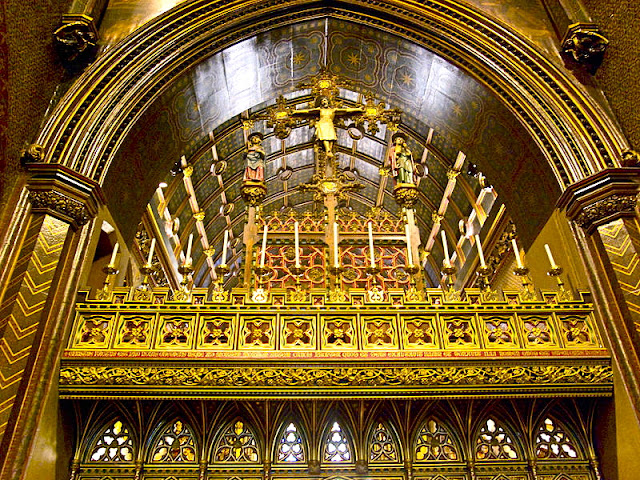 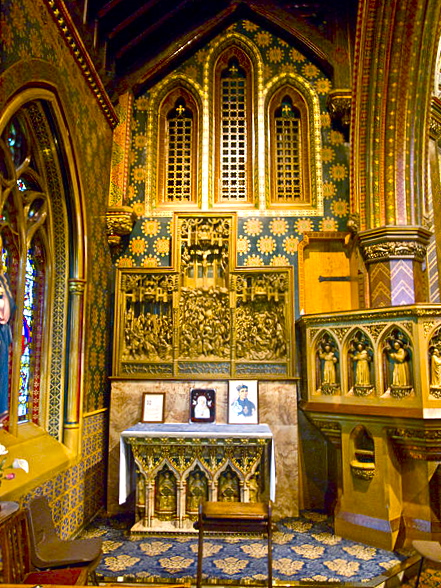 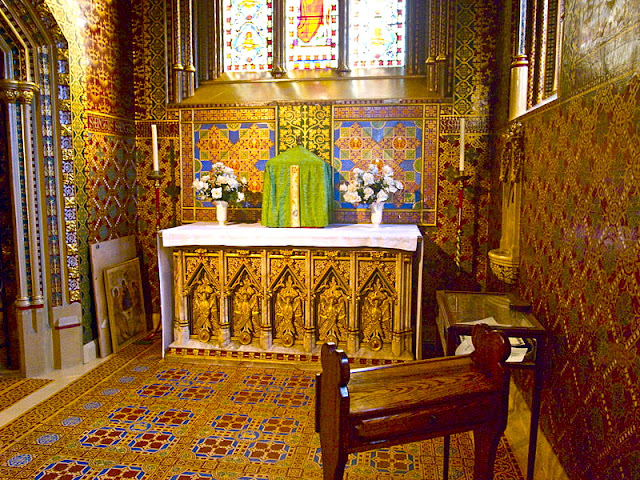 via wikipedia
Remembering that Pugin was only 40 years old when he died, he has left behind an amazing legacy for us all.
Posted by Rosemary at 09:05

Email ThisBlogThis!Share to TwitterShare to FacebookShare to Pinterest
Labels: Architecture