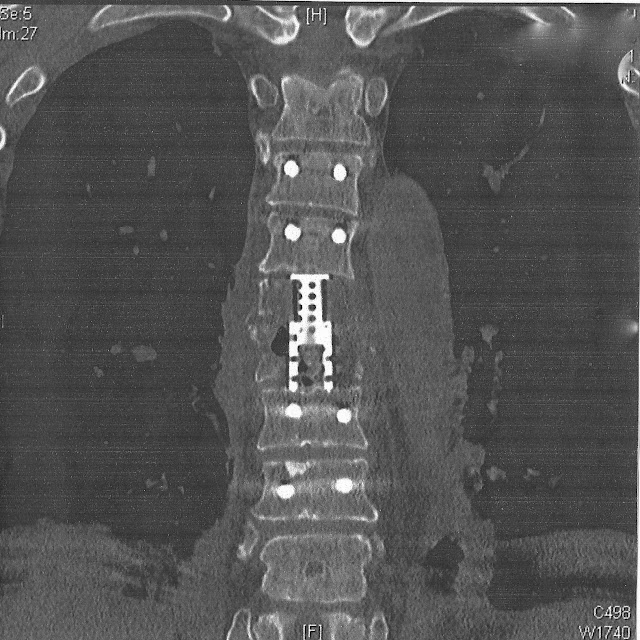 The technology in H's back showing the titanium cage and jack 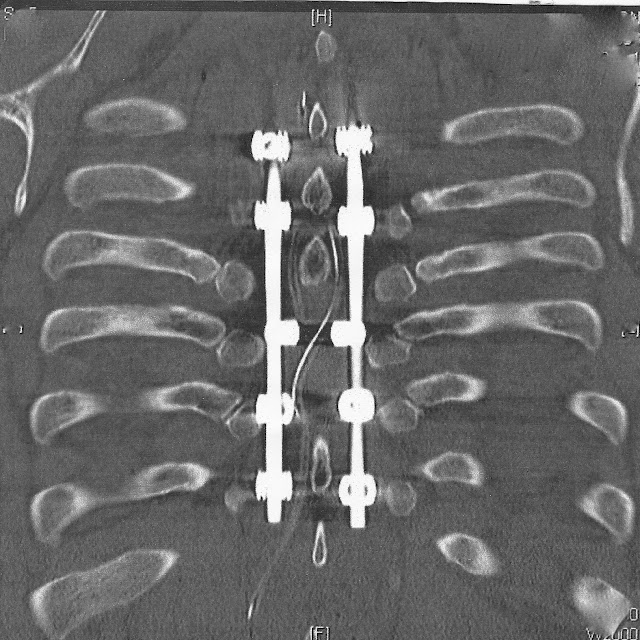 This shows how the two rods and spikes held the cage firmly in place when the jack was operated.
*********************
This apparently can happen to anyone, young or old.  We do, incidentally, have more bacteria in our bodies than we have cells. It is rare, but thank goodness for technology in the form of the MRI and CAT scanners and his wonderful Surgeon.
Posted by Rosemary at 19:56