Like many others, I shall be interested to learn who the wearer of the red shoes will be. At the outset I must declare that I am not a catholic but find the whole historical business of what is happening in Rome to be rather intriguing.
Pope John Paul ll wore red shoes at first but quickly adopted wearing ordinary brown shoes, however, he was buried in the red leather papal shoes. Pope Benedict XVl restored the use of the red leather papal shoes which he wore all of the time. They were made for him by his personal cobbler, Antonio Arellano. Following his resignation he is no longer allowed to wear them but will have to revert back to wearing brown shoes. 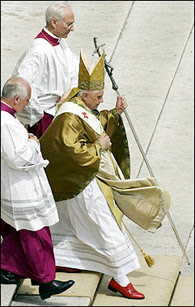 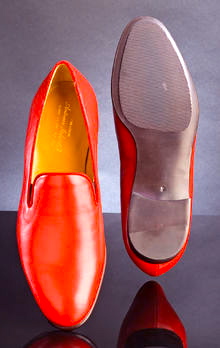 The cardinals will be locked away deliberating and praying to select the new pope, but do we really know what goes on, and do you know where the conclave is held?
You may not be interested in who these elderly men select, but the sight of them colourfully kitted out in black gowns with red cummerbunds and red hats, accompanied by choirs singing Veni, Creator Spiritus as they process into the Sistine Chapel does focus the eye. Yes, the Sistine Chapel is where they will remain until the decision is reached. 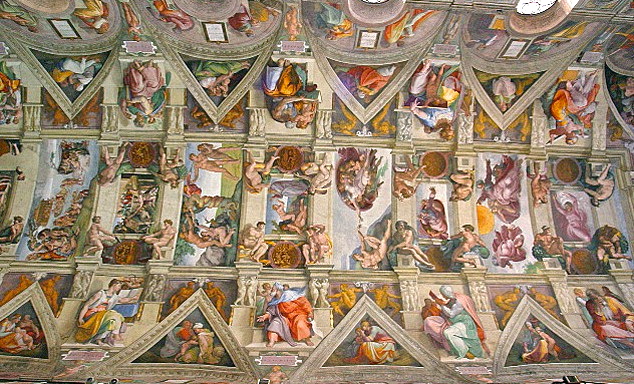 As the 115 members of the electoral college gather to cast their votes beneath Michelangelo's Last Judgment, the doors will close behind them on 12th March with a cry of "Extra onmes" - everyone out. They will be locked in - literally conclave "with key", the wooden blocks will be put in place so there is no escaping. No electronic devices are allowed in the chapel, it is checked for bugs beforehand and all participants have to undergo security checks. They must swear an oath which invites damnation if they breathe a single detail of what takes place.
To the outside world this is all very peculiar in an age when television, the internet and freedom of information legislation mean that there are hardly any private moments left. However, under the gaze of the media in the centre of a European city, the conclave still manages to go about it business in secrecy.
A handful of non cardinals are invited into the chapel, two sacristans, two masters of ceremonies and some nuns to do the plain but wholesome cooking served in the Sala Borgia. While the chapel may make a wonderful backdrop it lacks adjoining secure overnight accommodation. However, Pope John Paul ll had sleeping quarters built - Domus sactae Marthae - an ecclesiastical travelodge, which will be much more comfortable than the previous put-u-up-beds especially as many of the elderly cardinals have arthritic limbs.

Pope John Paul ll was the first non Italian cardinal to be elected for 455 years. Below are paintings from the past depicting some holders of the office. 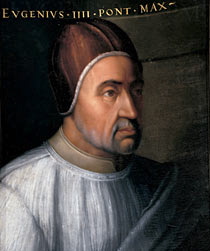 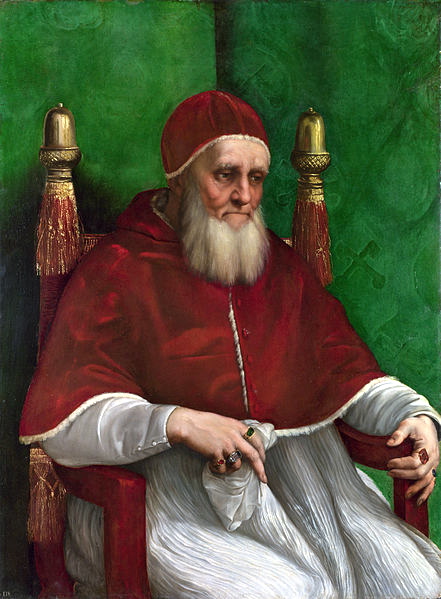 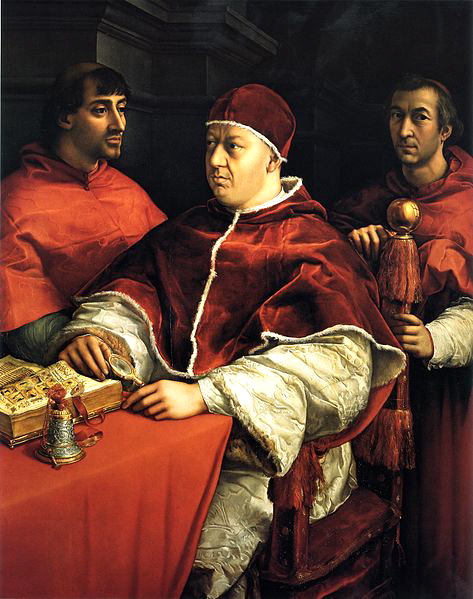 Pope Leo X with two Cardinals by Raphael in 1518 - Leo was the 2nd son of Lorenzo de' Medici, the most famous ruler of the Florentine Republic. 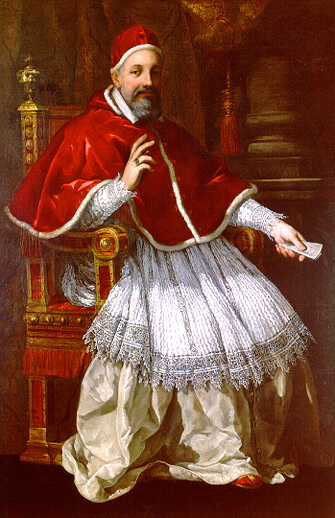 Pope Urban Vlll portrait by Pietro da Cortona 1627 - the last pope to expand the papal territory by force of arms, and a prominent patron of the arts. 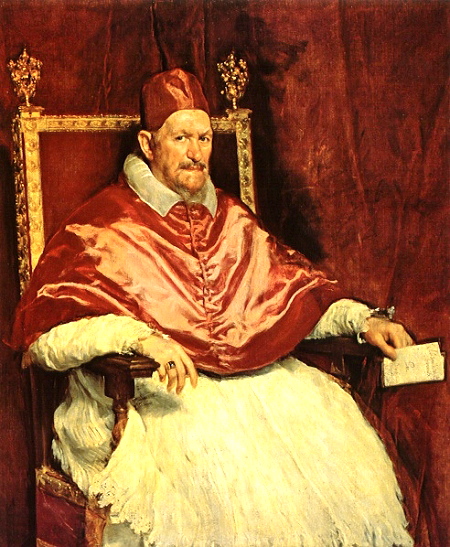 Pope Innocent X - Velázquez's portrait 1650 - trained as a lawyer and was one of the most politically shrewd pontiffs who much increased the temporal power of the Holy See
The only clues as to the election's progress or lack of it are the puffs of dark smoke that rise four times a day above the Vatican to signal inconclusive ballot papers are being burnt in the Sistine Chapel. Damp straw used to be used to make sure the smoke was grey, but in a rare concession to modernity chemicals are now preferred. Once the winner has emerged, white smoke appears and to avoid any doubt, church bells are also rung.
images via wikipedia and some information courtesy Peter Stanford former editor of the Catholic Herald.
Posted by Rosemary at 09:11