The Poignant Dance of the Mayflies 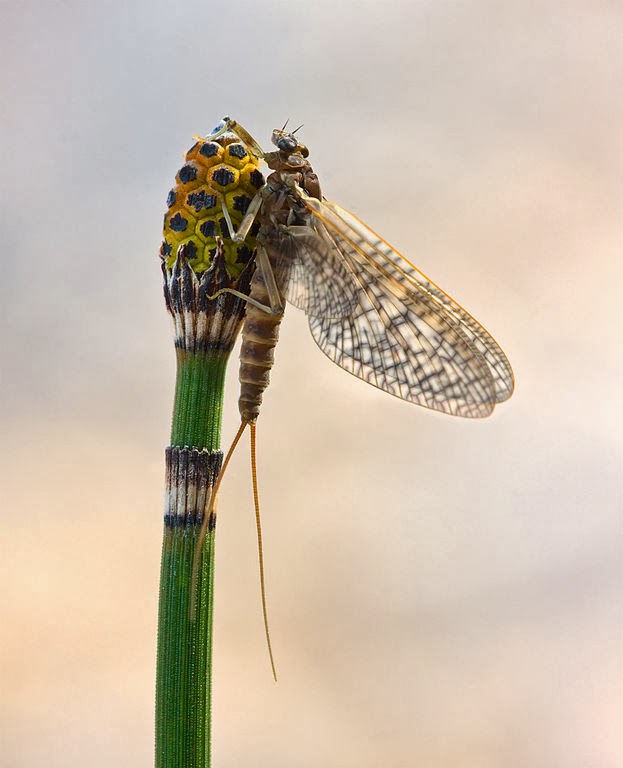 via
The river rises, flows over its banks and carries us all away like mayflies floating downstream. They stare at the sun, then all at once there is nothing.

Utanapishtiu, The Epic of Gilgamesh - a legend from ancient Babylon and Akkad.
***********
There are no two ways about it the Mayflies life is short, lasting from 30 minutes to one day, very occasionally two days. It often occurs that an entire population of mayflies hatch together during a couple of days around the end of May or beginning of June. Their primary function is reproduction, but as their journey begins and they emerge from the rivers and streams they face dangerous hazards from hungry fish such as trout, ducks, and birds who are on the look out for insects to feed their fledglings.
Before becoming Mayflies they live as nymphs in the riverbeds, hiding under rocks in the sediment and feeding on algae. The nymph stage can last for several years during which time it will shed its body skin more than 20 times whilst maturing and developing.
We have both seen the Mayflies dance, just once, when we were visiting the Highlands of Scotland last June. We had finished our evening meal and were taking a stroll along the river bank during the dying embers of a warm June day. It was twilight, a deep orange sun was sinking rapidly behind tall trees on the horizon. We were admiring the River Dulnain at the spot where it is crossed by an ancient packhorse bridge . 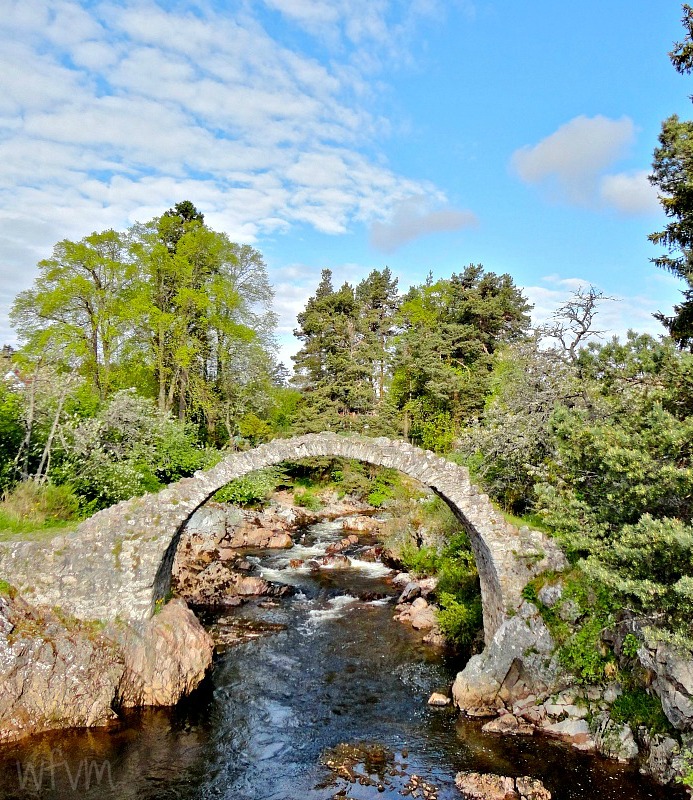 Suddenly, we became aware of huge flies dancing just above our heads, glinting and shimmering gold in the dying sunlight, their performance greatly enhanced by their long surreal tails. We were delighted and amazed as we admired their balletic movements but were unsure as to what exactly they were. As we watched our growing anxiety was whether they might be a giant species of mosquito who would relish making a meal of us. How wrong could we be? It wasn't until we watched a BBC nature film shown recently that we realised just what a special and magical scene we had witnessed. We had been party to the dying, dancing, moments of the female Mayflies. They were judging where would be the perfect spot in the river to lay their eggs before plunging themselves down into the flowing waters to deposit their precious cargo and die.
If you would like to view four brief BBC videos about the life of the Mayflies you can see them here.
Posted by Rosemary at 08:07