An Icon of Today 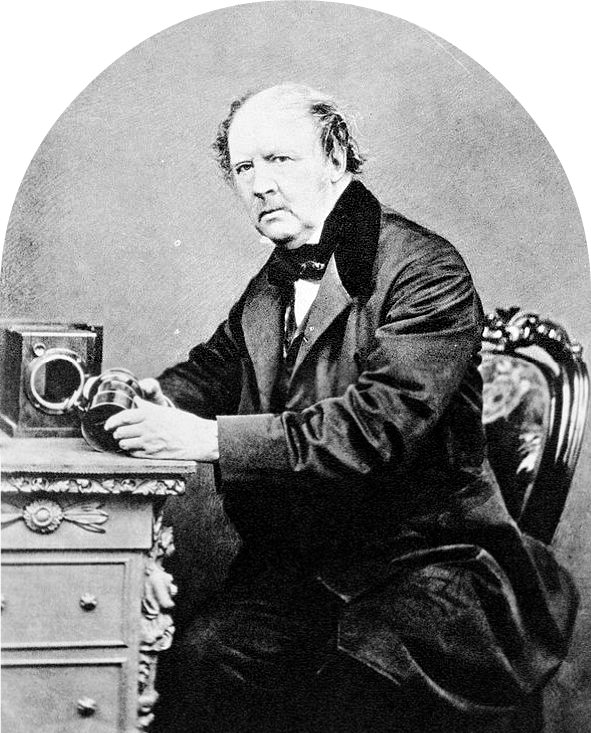 via
William Henry Fox Talbot photo taken in 1864 (1800 - 1877)
Fox Talbot was an eminent mathematician, astronomer and archaeologist. He translated the cuneiform inscriptions (one of the earliest known systems of writing) in Nineveh - Nineveh being one of the oldest and greatest cities in antiquity.
So what is this icon of today? It is an object that many of us own, carry around in our pockets and which gives us endless pleasure?
175 years ago a world changing event took place at Lacock Abbey, Wiltshire, the home of Fox Talbot. In 1839 William Henry Fox Talbot announced that he had created the first photographic negative taken of a window at his home in Lacock Abbey. This was to be an invention that would revolutionise the way we view and capture the world.
In 1833 whilst visiting Lake Como in Italy, his lack of success at sketching the scenery prompted him to dream up a new machine with light sensitive paper that would make the sketches for him automatically.
Thomas Wedgwood had already made photograms - silhouettes of leaves - but these quickly faded. In 1827, Joseph Nicéphore de Niepce had produced pictures on bitumen, and in January 1839, Louis Daguerre displayed his 'Daguerreotypes' - pictures on silver plates - to the French Academy of Sciences. Three weeks later, Fox Talbot reported his 'art of photogenic drawing' to the Royal Society. His process used paper that had been made light sensitive, rather than bitumen or copper-paper.
To celebrate this event the National Trust, who now own the Abbey, have illuminated the window used by Fox Talbot and transformed the façade of the Abbey, its medieval cloisters, and the trees that line the driveway with pools of coloured light. 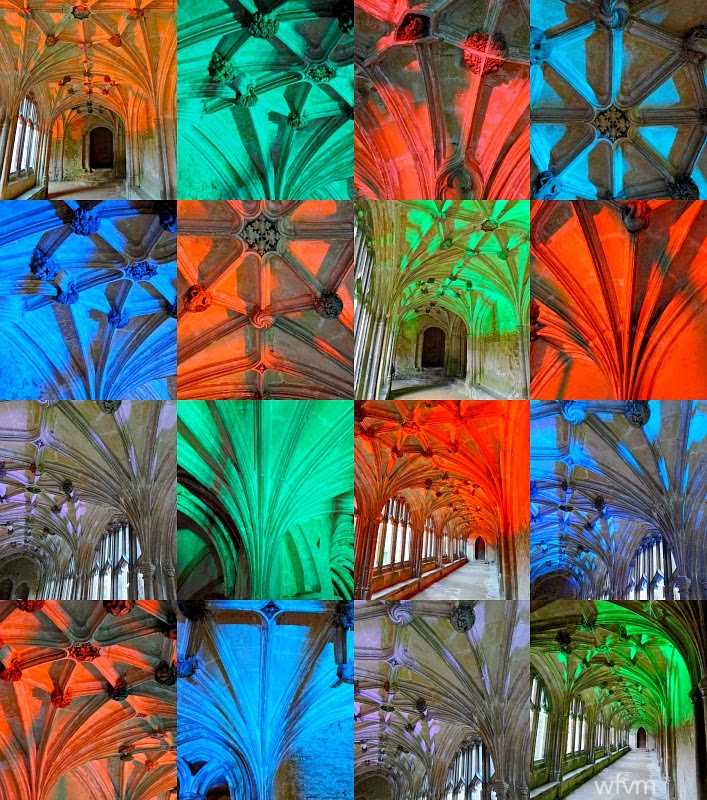 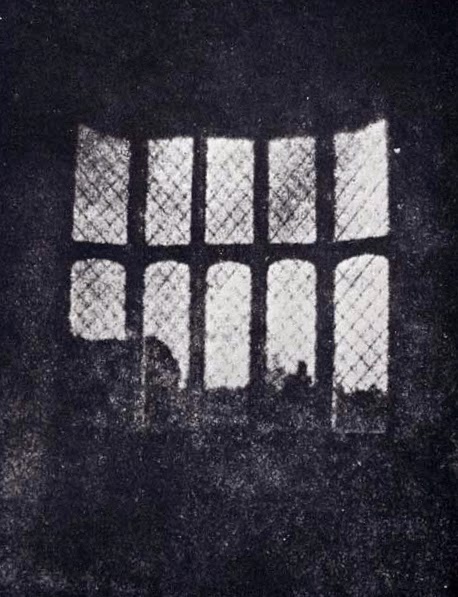 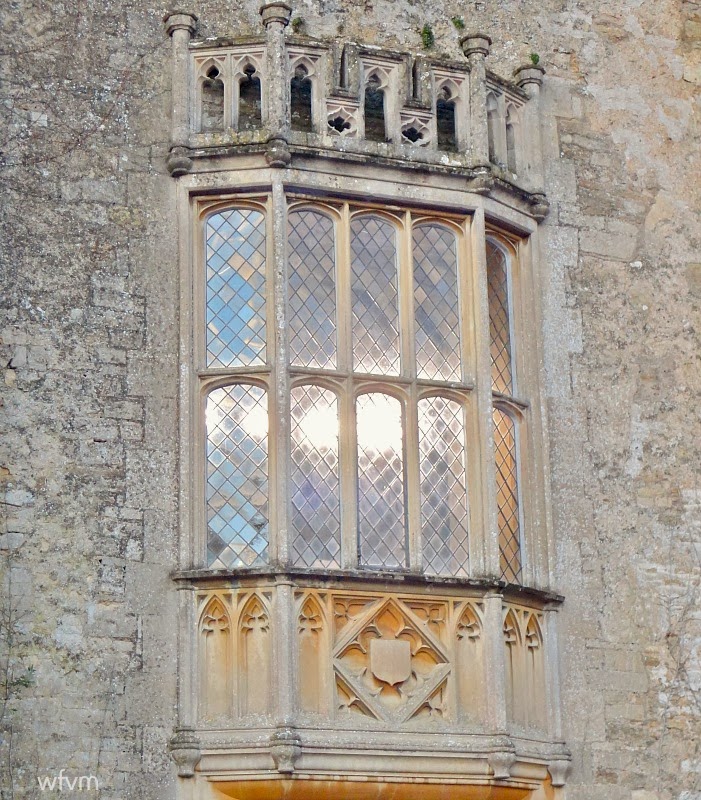 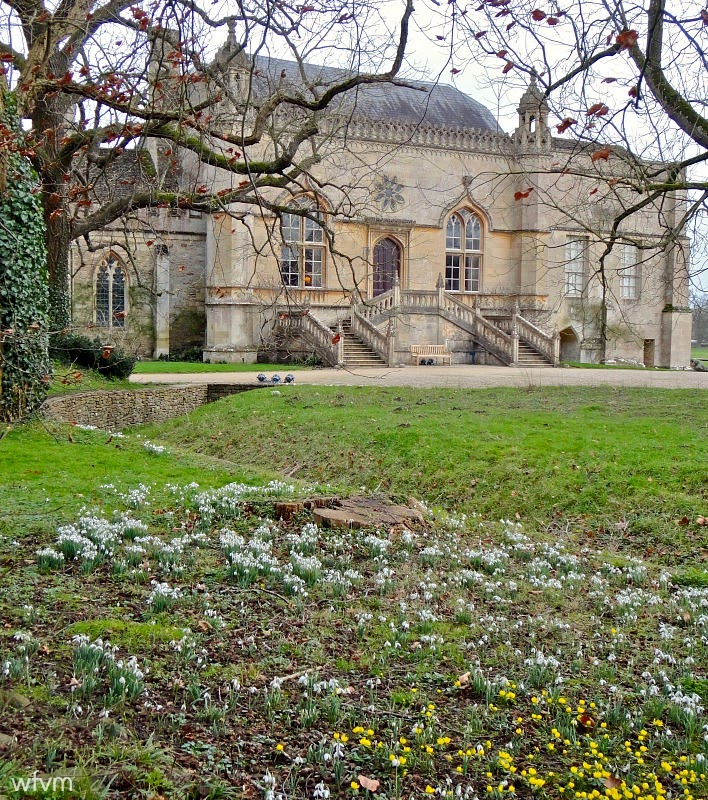 Eight hundred years ago Lacock Abbey was founded by Ela, Countess of Salisbury. She founded the Abbey in memory of her husband William Longespée, and dedicated it to the Virgin Mary and St. Bernard. On the very same day, she rode 15 miles on horseback and founded a monastery at Hinton Charterhouse for Carthusian monks.
She was a powerful and wealthy heiress, inheriting the title of Countess in her own right, not through marriage. After the death of her parents she was placed under the legal protection of King Richard the Lionheart.
She married William in 1198. Together they were an influential couple; William was the illegitimate son of Henry ll and half brother of King Richard.
Whilst William was in the Holy Land on a crusade, Ela acted as Sheriff of Wiltshire in his place. The couple were also instrumental in the founding of Salisbury Cathedral.
Ela later became Lacock's first Abbess and spent her last days at the Abbey. 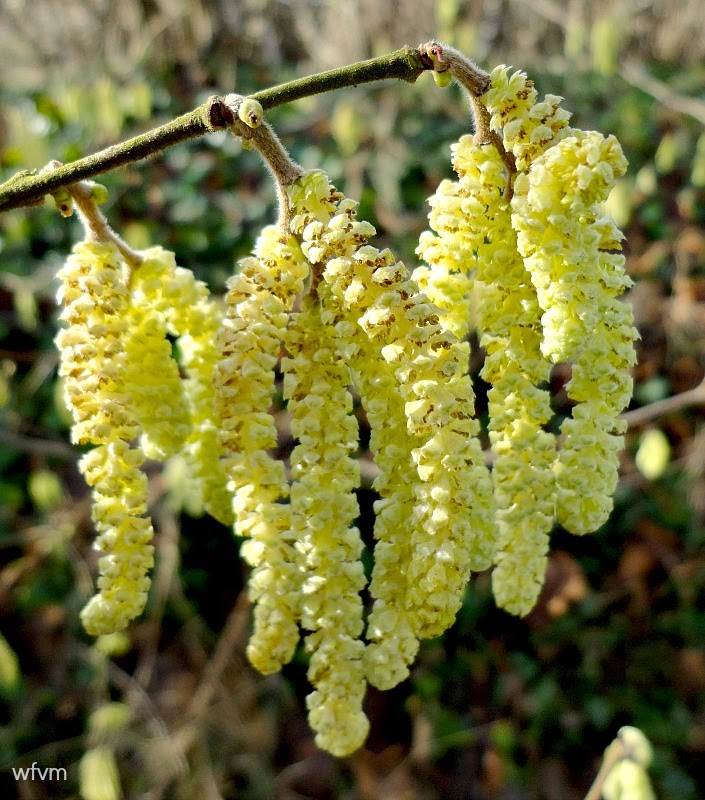 The snowdrops, aconites, and these catkins were delightful little harbingers of spring to see on this January day 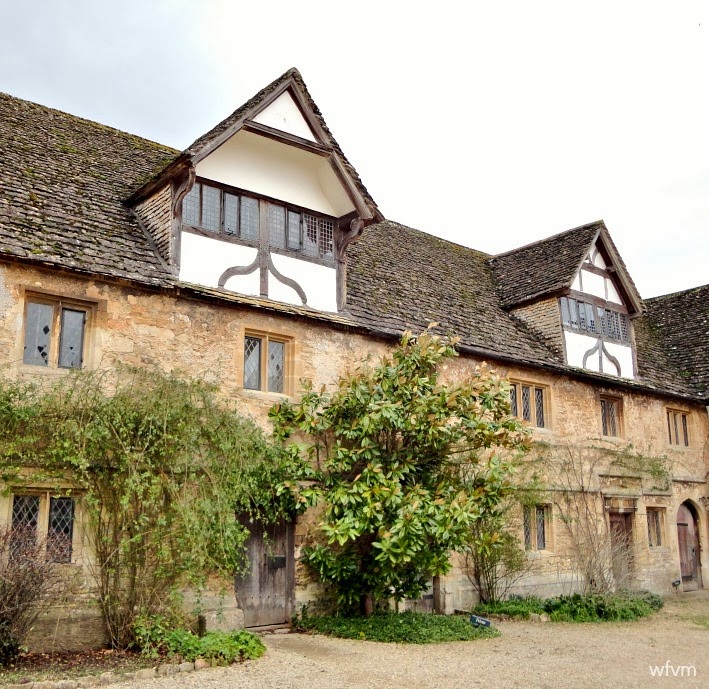 A section of the inner courtyard to the Abbey
Following the Dissolution of the Monasteries in the mid 16th century Henry Vlll sold the Abbey to Sir William Sharington, who converted it into a house. The Abbey passed to the Talbot family in 1750, and it remained in their hands until 1944 when Matilda Talbot gave it, along with the village, to the National Trust. 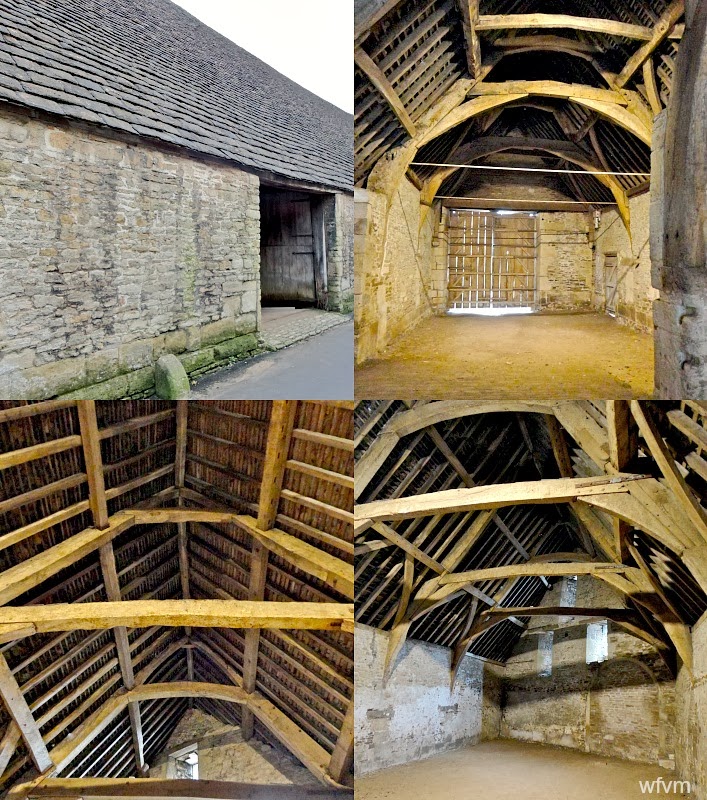 Prior to the dissolution of the monasteries this 14th century Tithe Barn was part of the Abbey. At that time most of the inhabitants of the village would be tenants of the Abbey and their rent (i.e. their tithes) would be a proportion of their corn, and fleeces etc which would be collected in this barn - hence the name tithe barn. 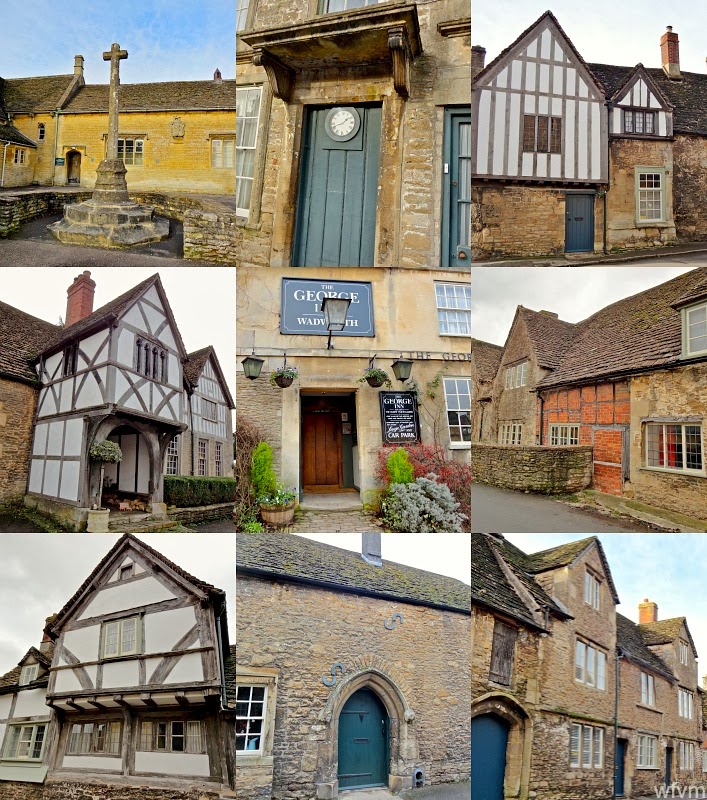 Lacock village is filled with lots of interesting architecture and quaint shops. It is popular as a film location having been used in several of the Harry Potter films, Cranford, and Pride and Prejudice.
Posted by Rosemary at 10:01