The Lost Gardens of Heligan & Calmer Days at Mevagissey

With the onset of WWl many of the staff that ran and maintained the Cornish estate and gardens at Heligan were called to serve their country. The majority of them never to return. 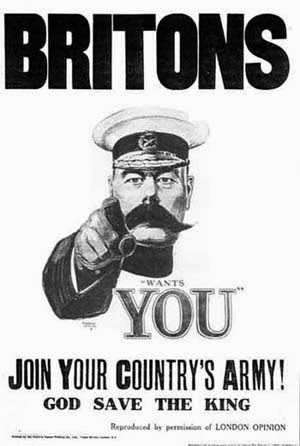 via
The gardens disappeared beneath a thin green shroud, but over the next 70 years they slipped into a deep sleep and completely vanished under a dense thicket of thorny brambles, scrubby trees and ivy. 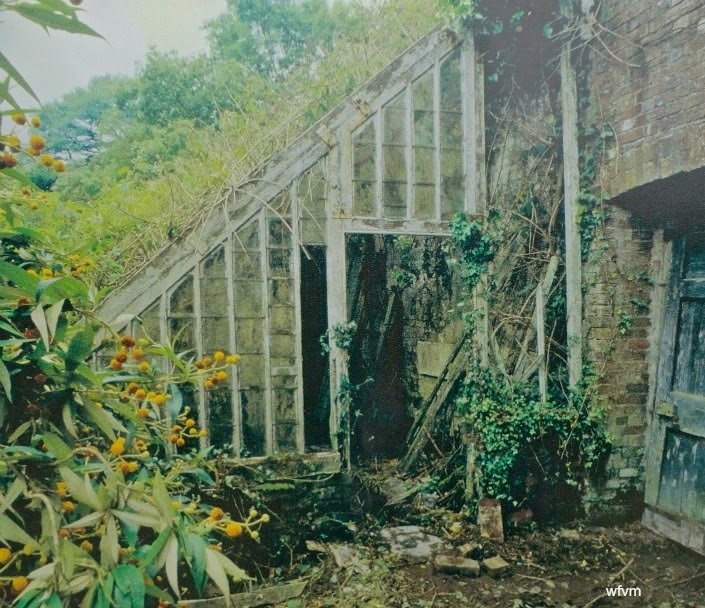 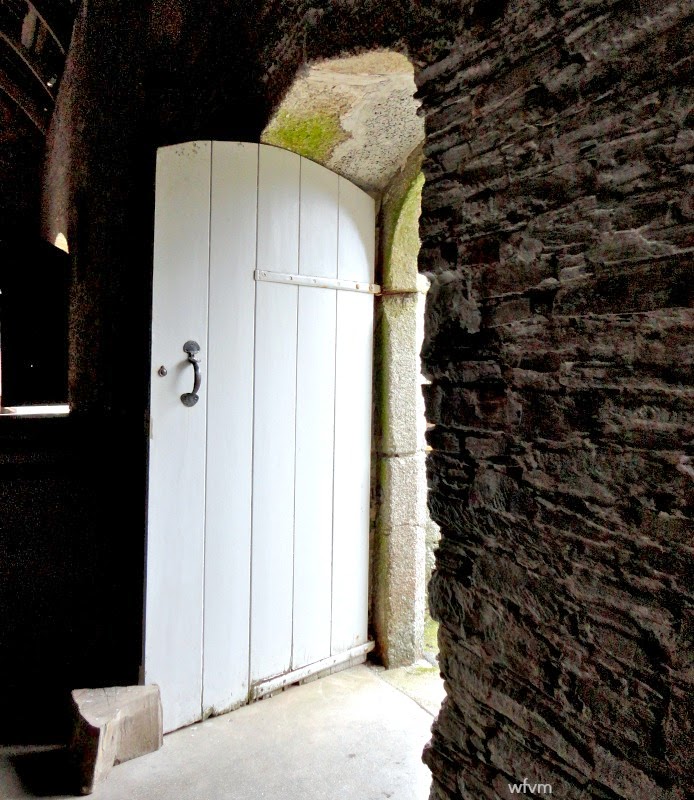 In 1990 two brave souls pushed open the door to the gardens and began restoration work on a shoe-string budget. In 1992 they opened the gardens to the public whilst it was still a work in progress, and gradually over the next, almost 25 years, the Lost Gardens of Heligan awoke. 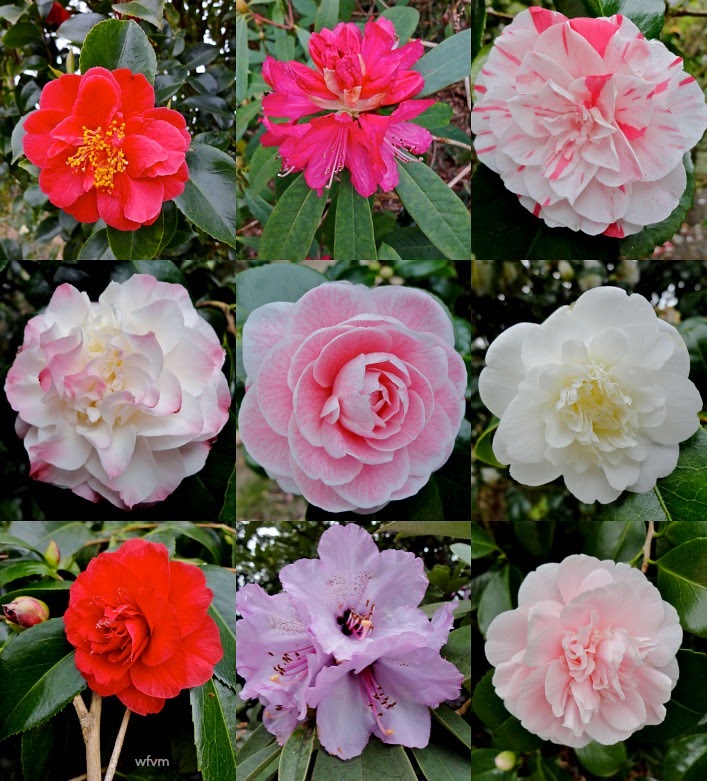 Part of the National Collection of Camellias & Rhododendrons at Heligan 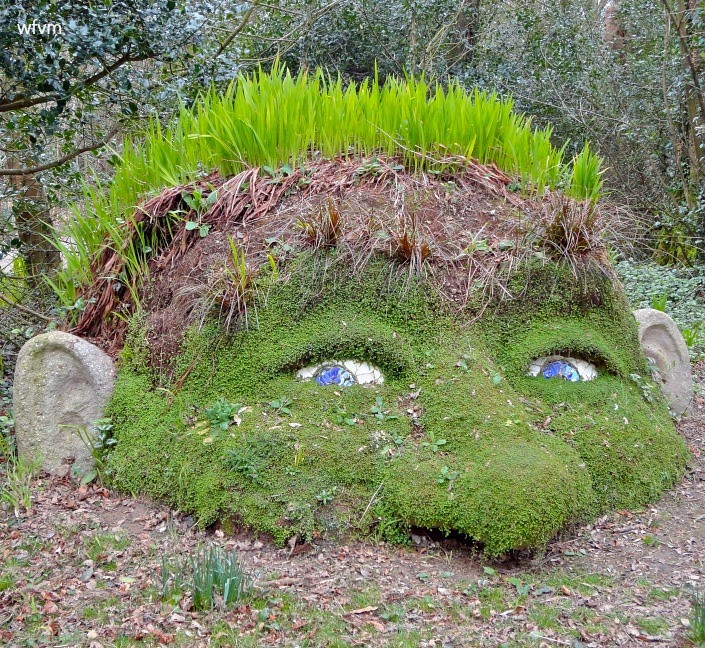 The giant's head - a living sculpture in the woodland walk - the hair is Crocosmia - it will have a mass of orange flowers when the summer arrives. 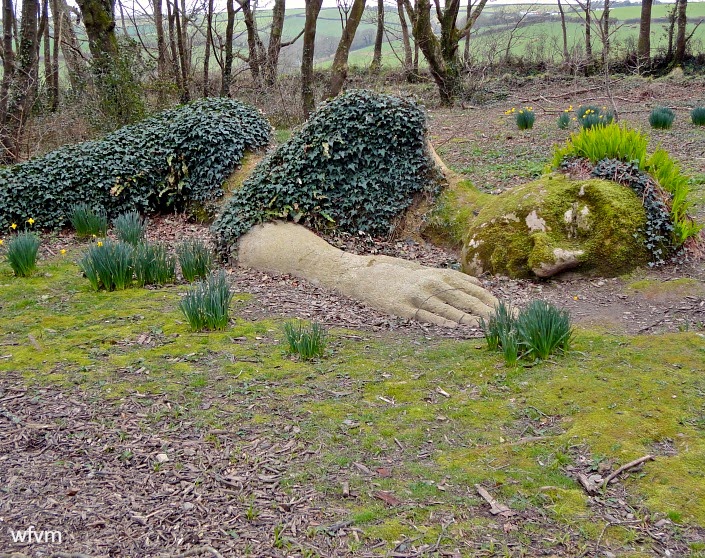 The sleeping mud maiden - next month she will look splendid, completely surrounded by a thick blanket of English bluebells 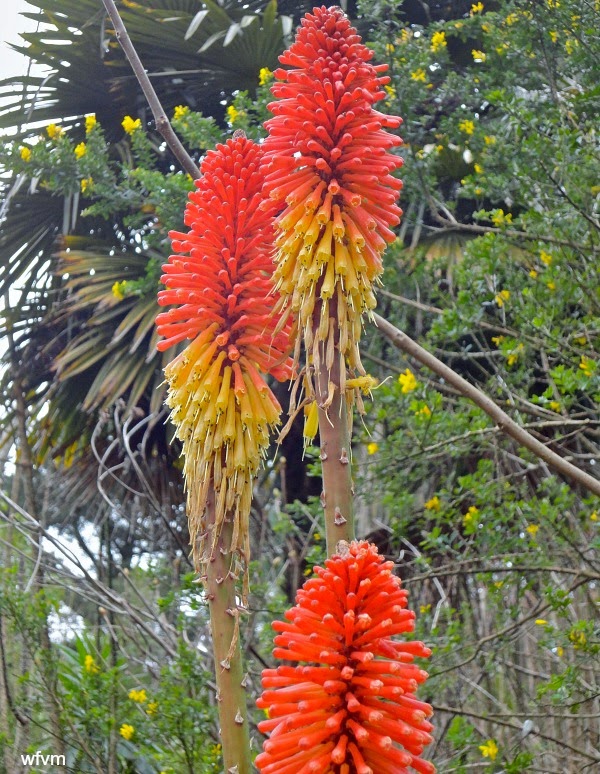 Kniphofia - red hot poker, torch lily
There are 18 gardens that lie along the southern coastal stretch of Cornwall which collectively are known as "The Great Gardens of Cornwall". Plants from around the globe flourish in the sheltered coastal inlet gardens with their own warm micro climate. 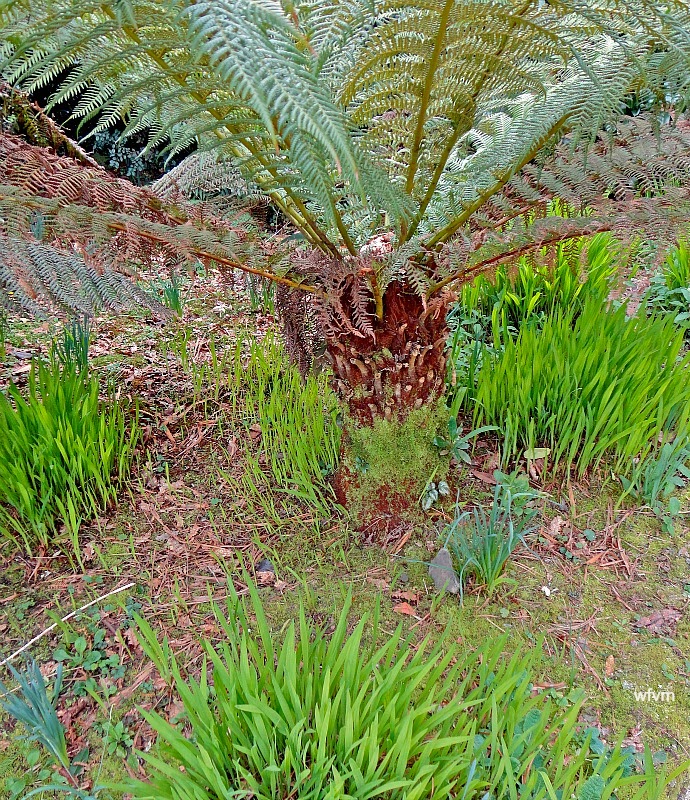 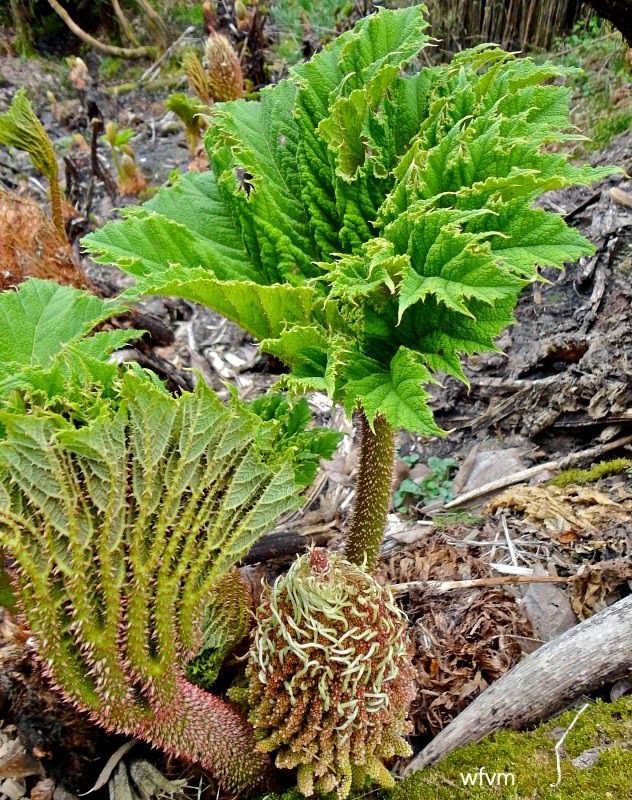 Gunnera manicata unfolding its giant leaves. We tried to grow this in our garden but our ground is too dry. In other areas of the country it requires covering with a straw or fleece blanket to survive the winter, but not here. 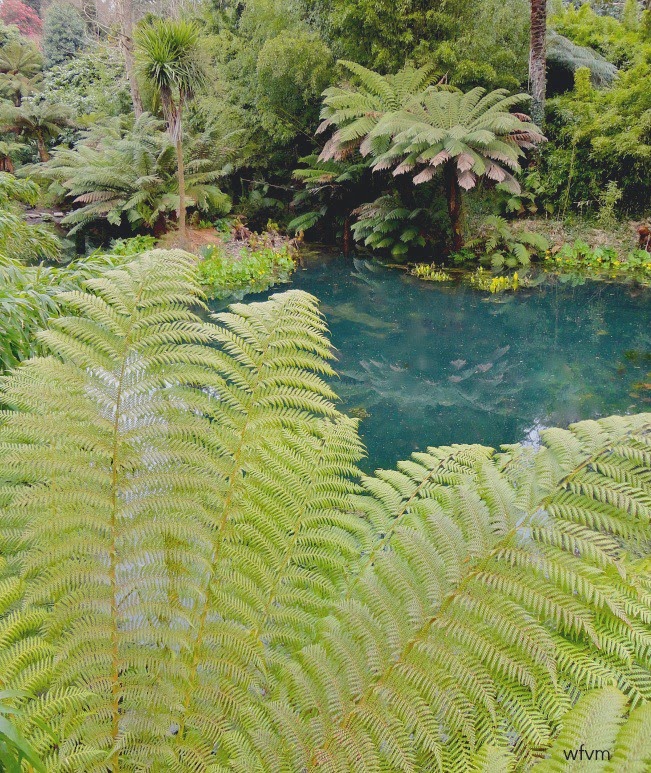 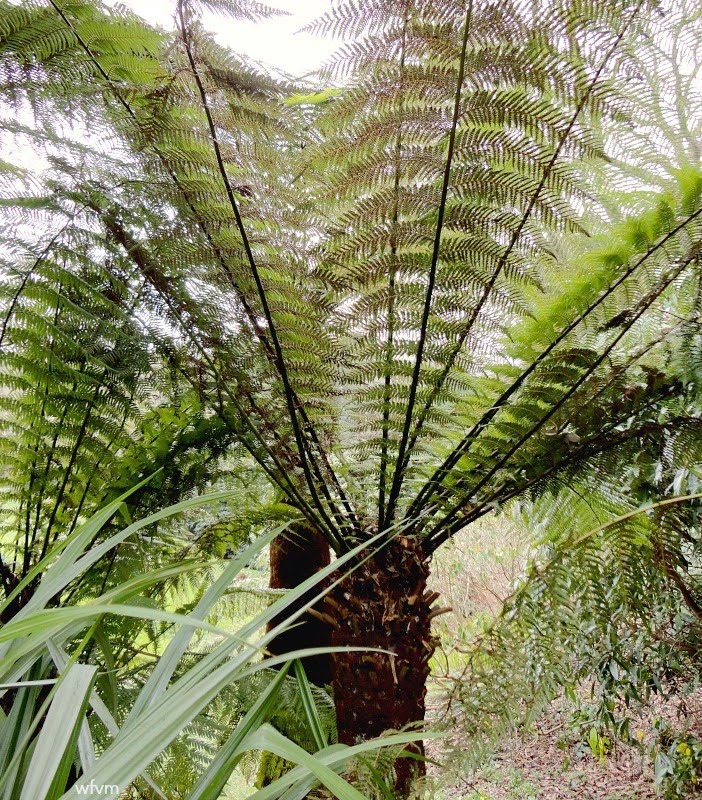 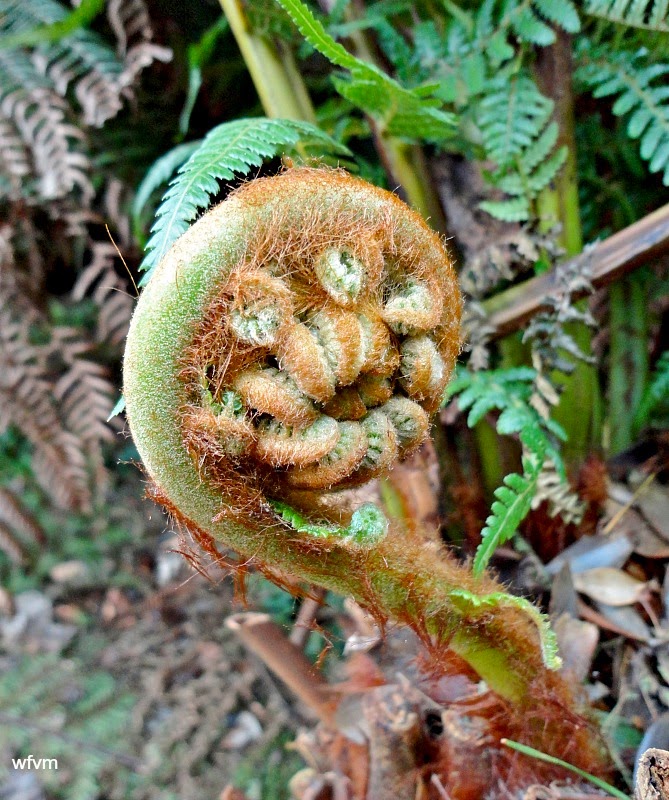 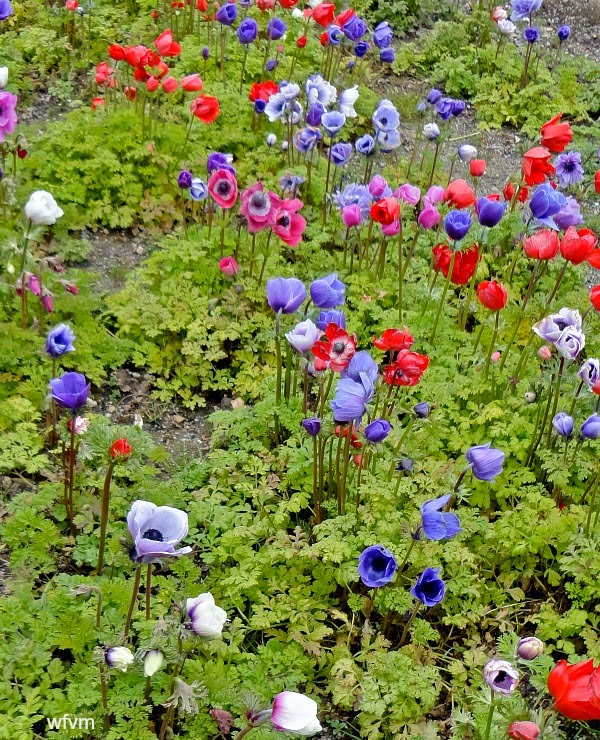 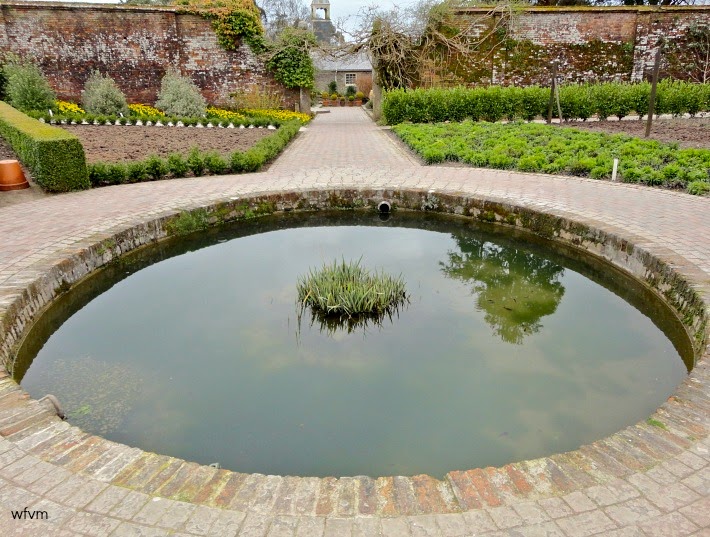 The walled garden being prepared to receive its summer flowering plants 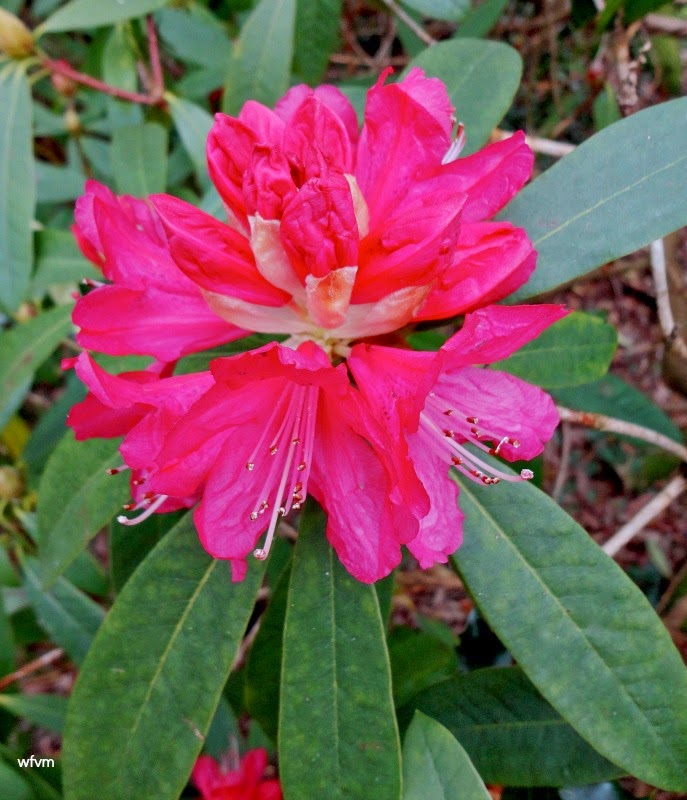 The Lost Gardens of Heligan lie close to the coastal port of Mevagissey which suffered huge damaging waves during the storms at the beginning of February this year. After leaving Heligan we called in to see how it was recovering. 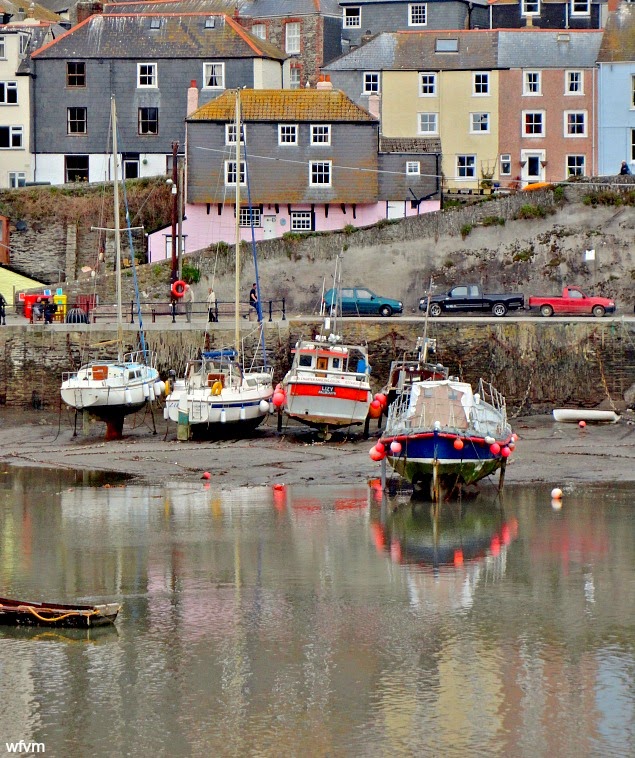 Around the little port all appeared to be relaxed and peaceful again.... 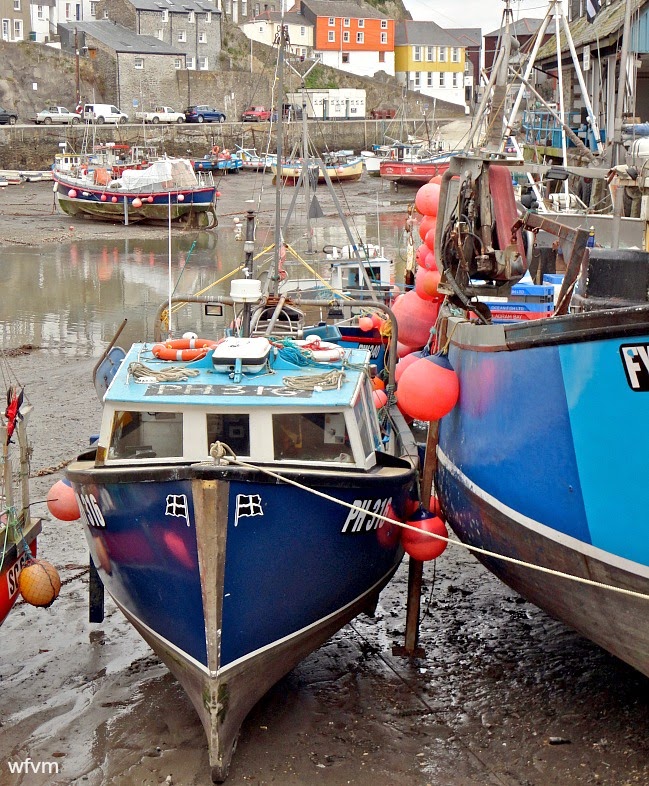 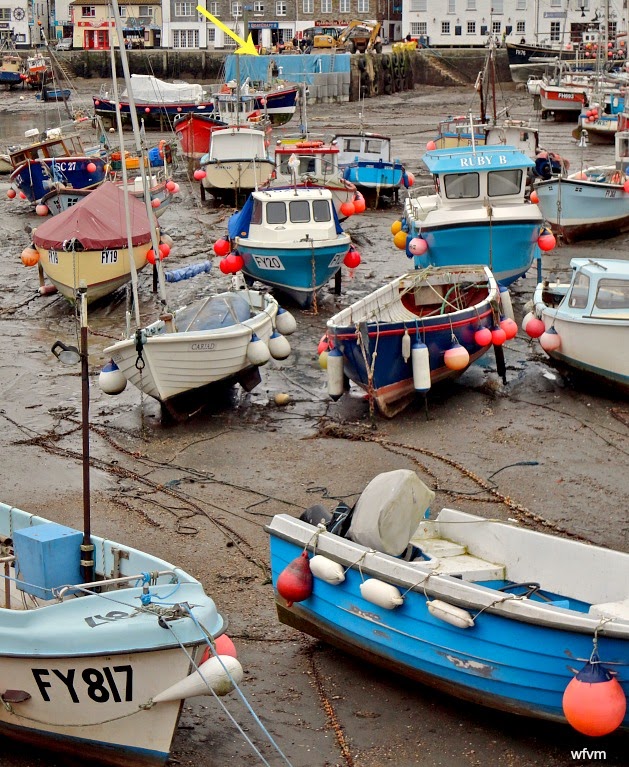 ..... but if you look closely at this last photo you can see an arrow pointing to construction work being carried out to repair the very badly damaged inner harbour wall.
Posted by Rosemary at 11:25