Discounts have been arriving via the 'in-box' containing bargains that read me like a book.  No! not a 50% reduction on a Gucci handbag nor even a pair of Christian Louboutin shoes, but for me, irresistible visits. A buy one get one free offer came for the Abbey House Gardens, Malmesbury. I last visited about 17 years ago soon after the owners first opened their gates to the public. It is a veritable Garden of Eden, transformed by the infamous 'naked gardeners'! 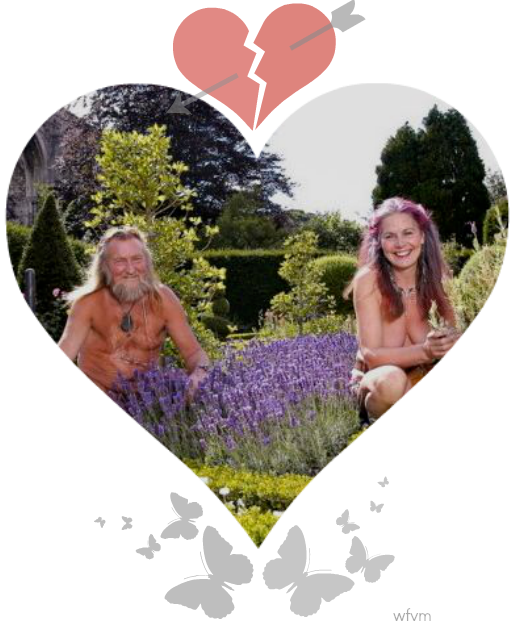 However, immediately upon purchasing the vouchers, I discovered that all is not well in paradise - the owners are splitting up and going their separate ways, the house and gardens are going on the market. Our intention had been to go later in the season but armed with this new information it seemed prudent to visit post haste. 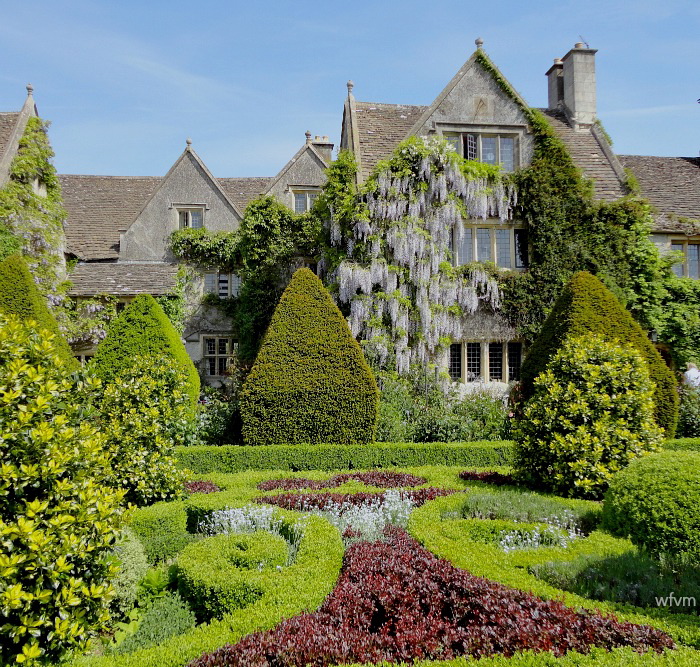 Abbey House dates from the 16th century but was built on 13th century foundations. However, there is evidence of a house on the site as early as the 11th century. The current house was extended substantially during the Tudor period by a local clothier, William Stumpe, who bought the house from Henry Vlll. 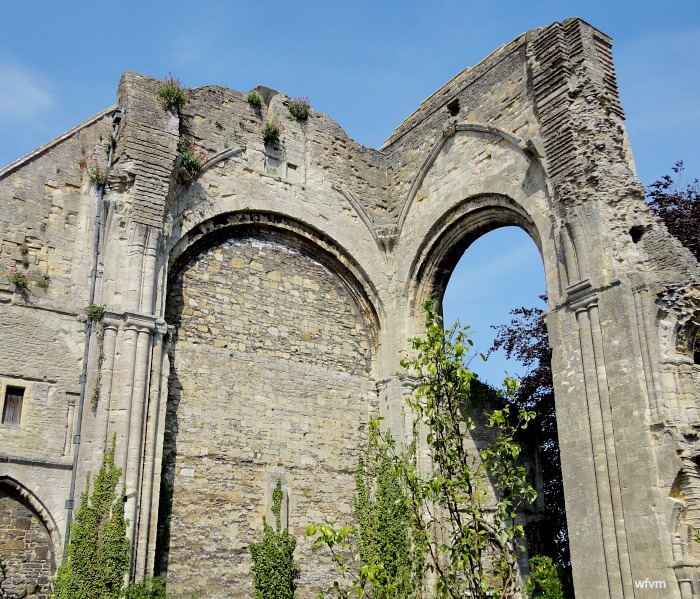 The gardens created from scratch during the last 20 years are overlooked by the ruins of  Malmesbury Abbey, a benedictine monastery. The original house is  thought to have once been the home of the Abbot. 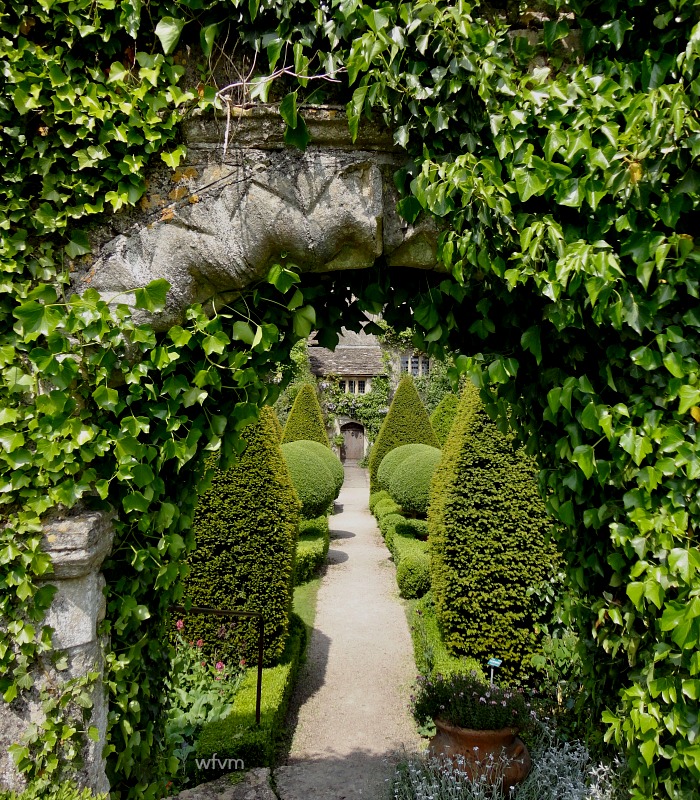 This Saxon arch may have marked the entrance to the Abbot's house from the abbey. If this ancient arch stood in my garden the ivy would be taken off to reveal and expose the lovely stonework. 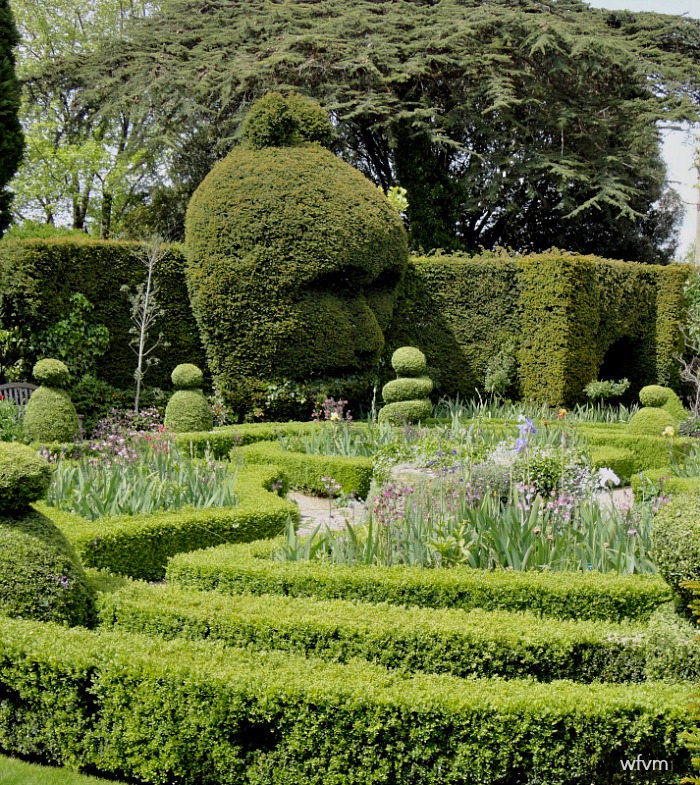 The garden design compliments and celebrates the history of the site. The knot garden features a Celtic cross, the herb garden replicates a description given in a 9th century monastic poem, and the stew pond is a reminder that the monks would keep fish in a holding tank near the kitchens to await Friday's meal. In the garden handout no description was given concerning the clipped head. I view it as a Benedictine Monk wearing his hood - H sees it as representing the Green Man! 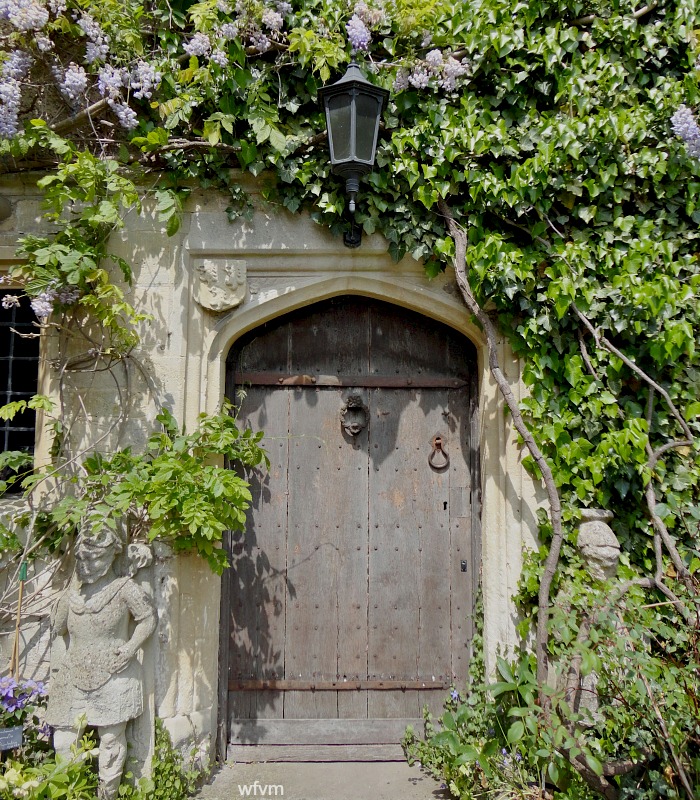 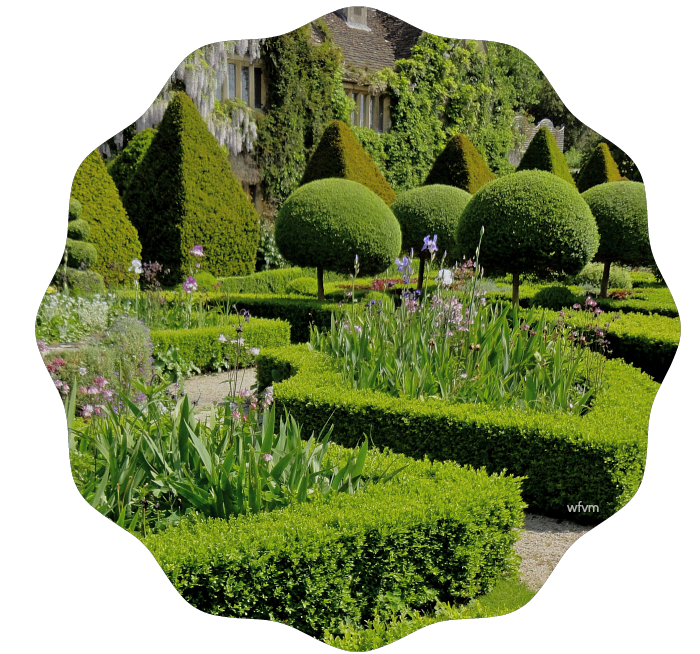 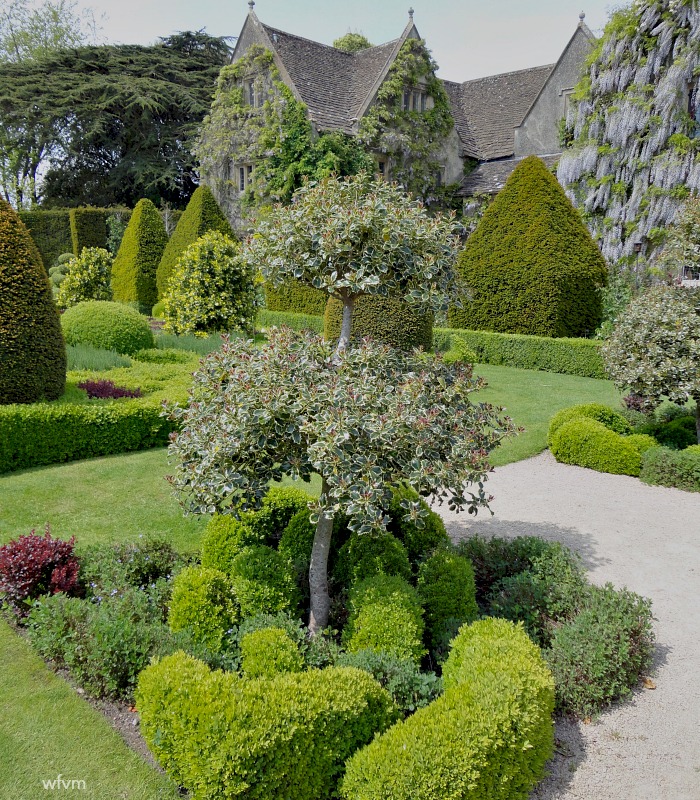 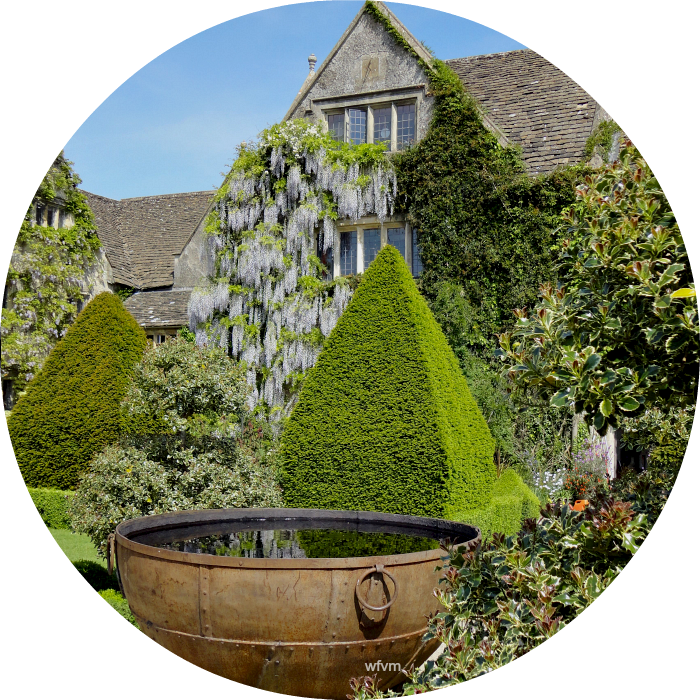 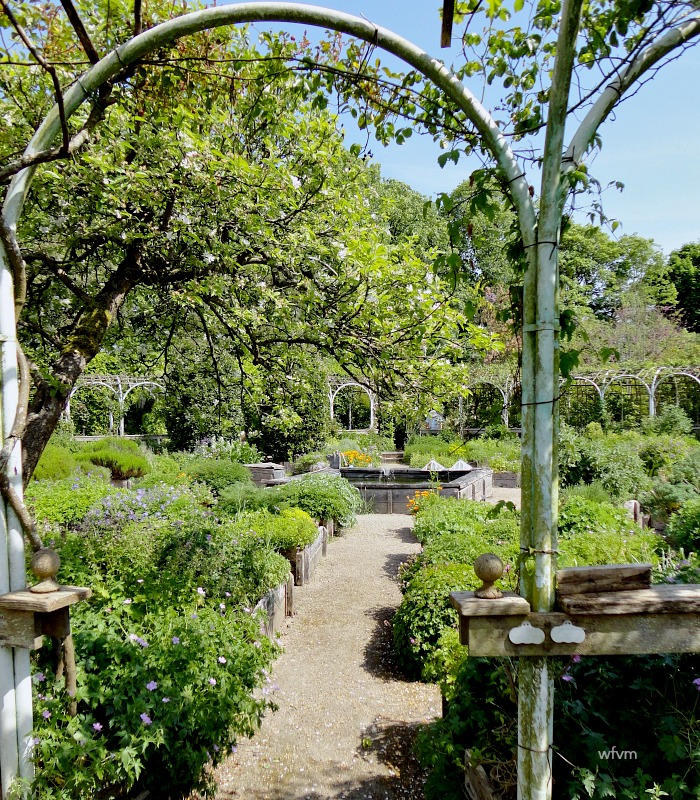 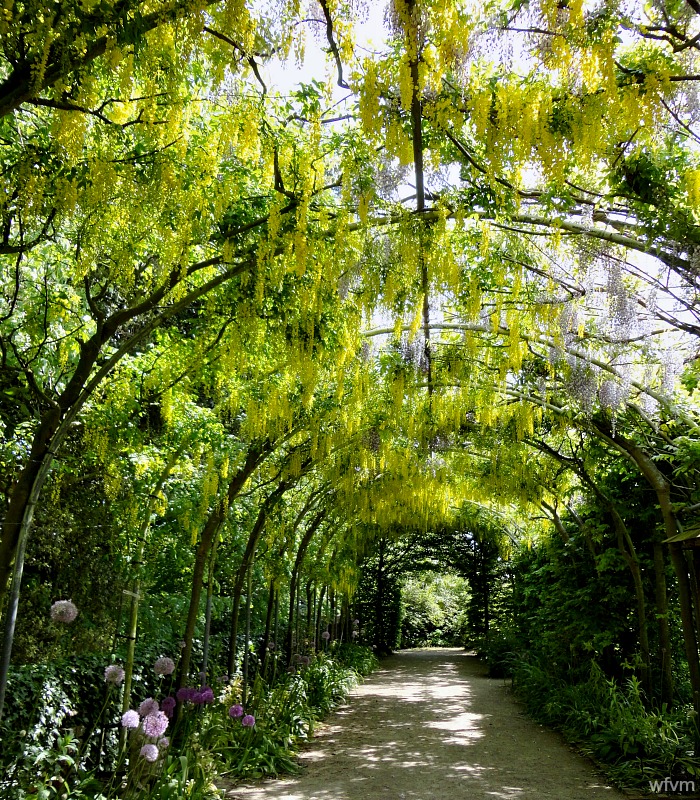 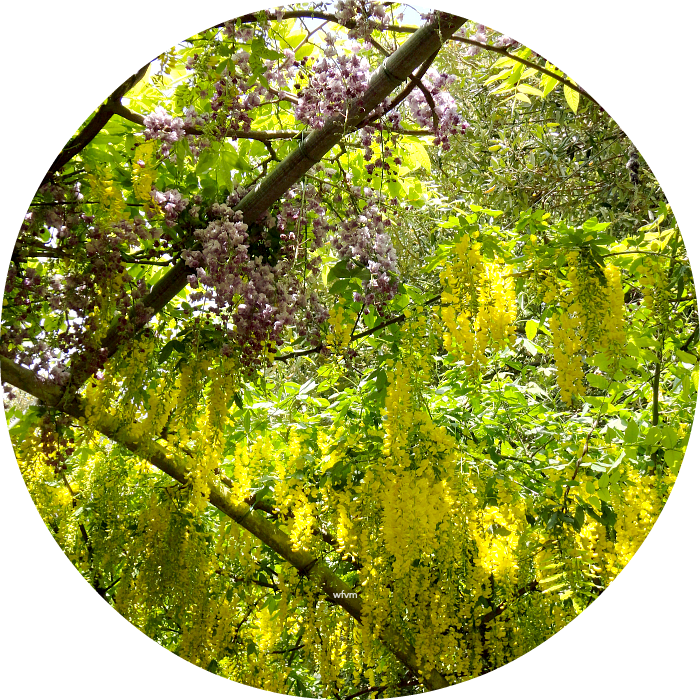 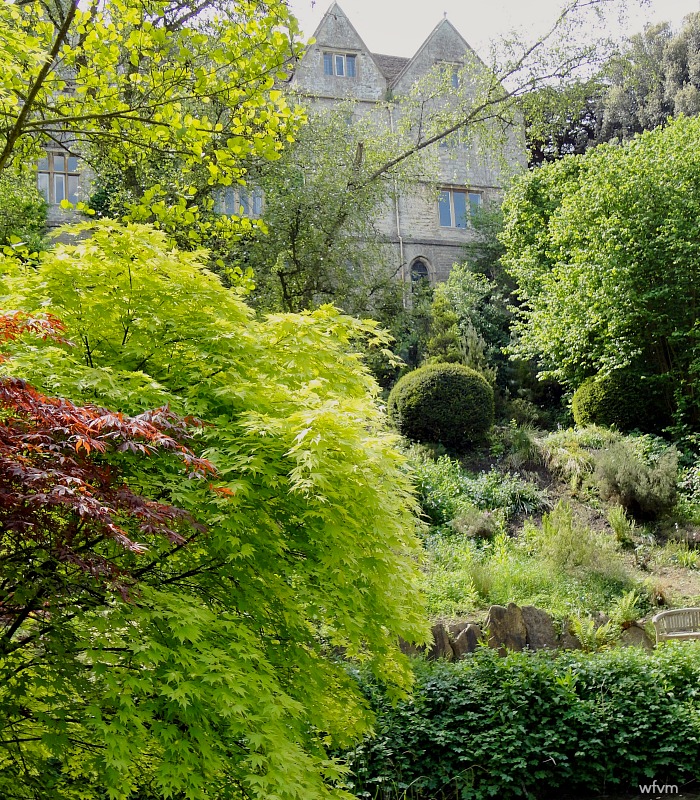 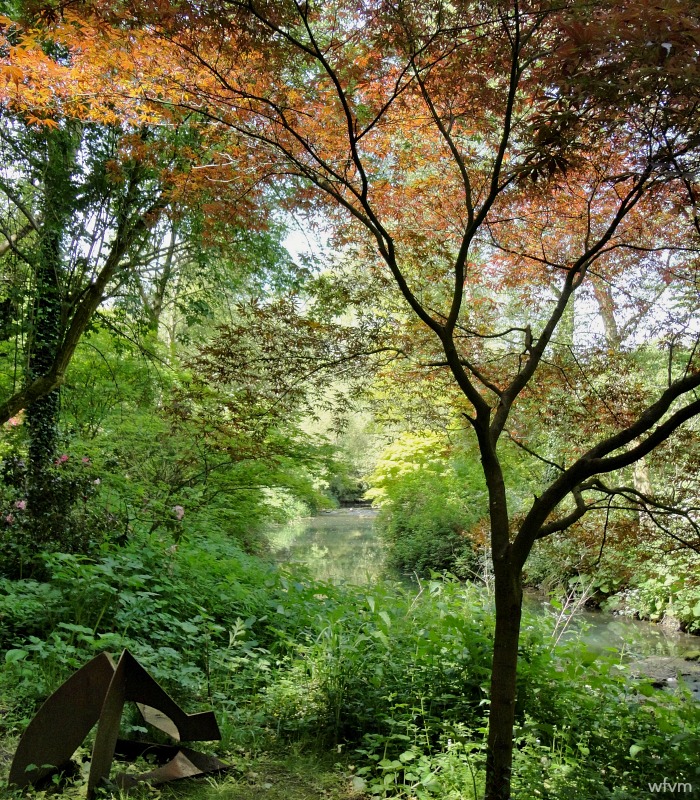 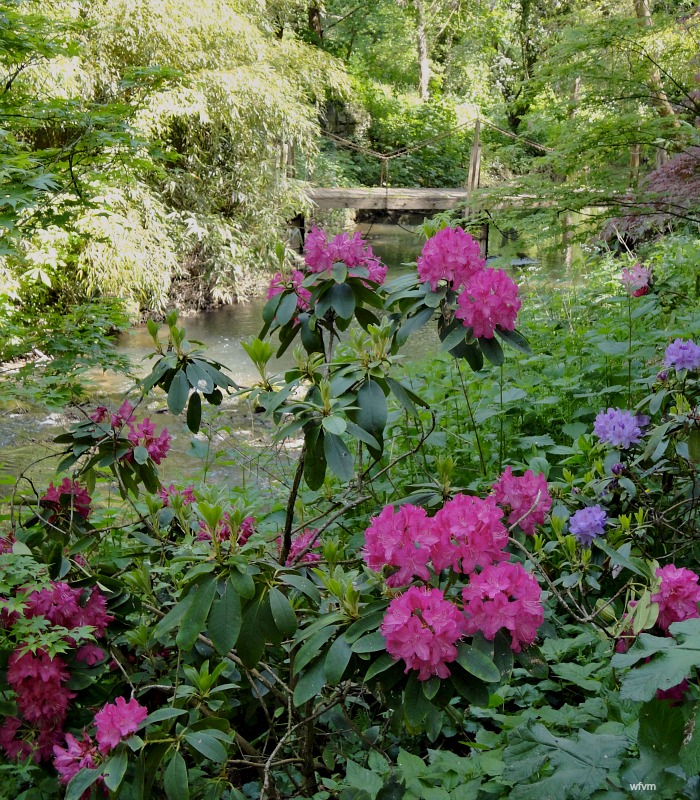 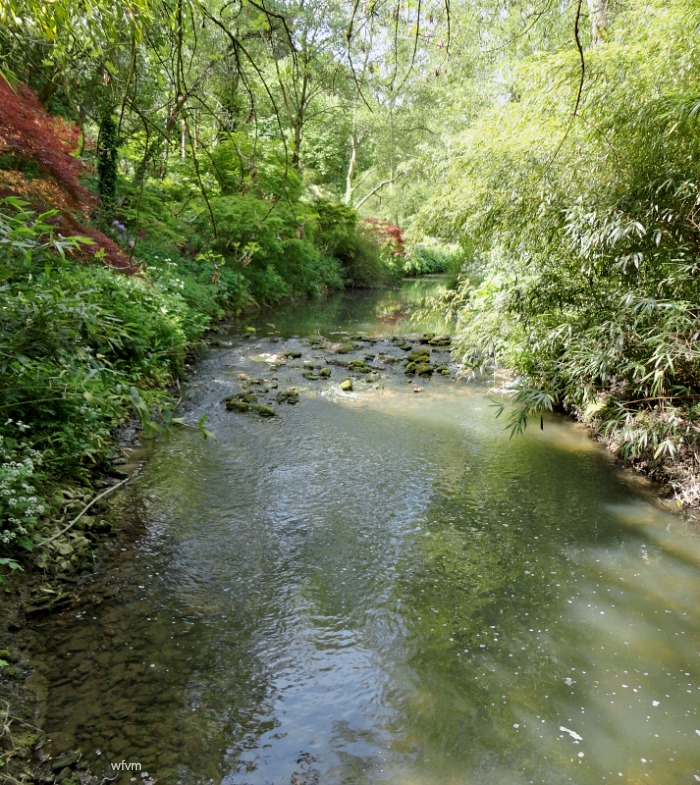 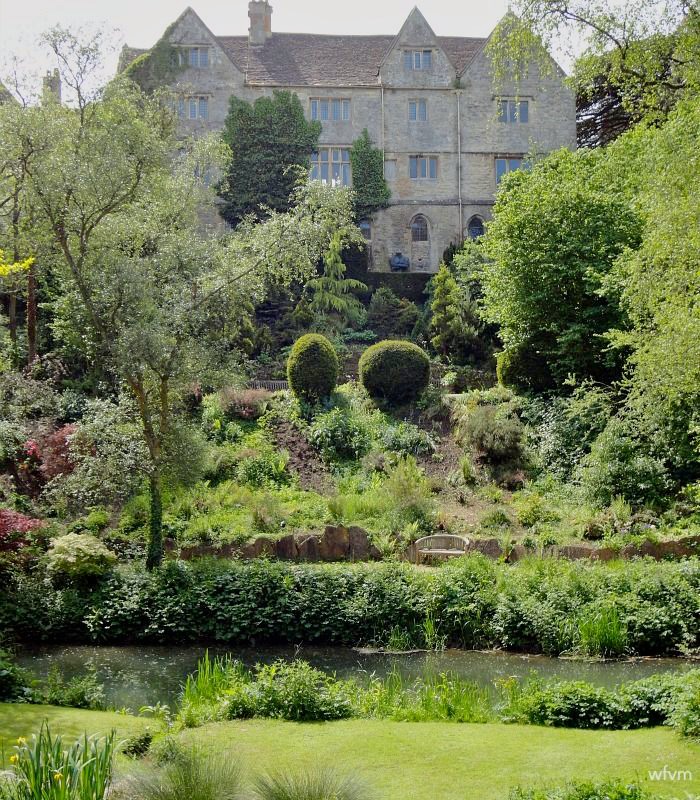 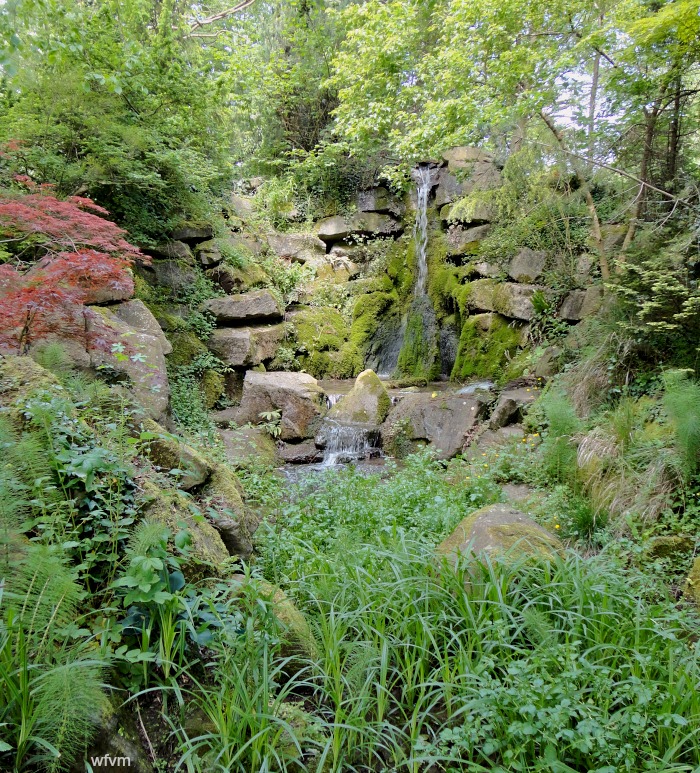 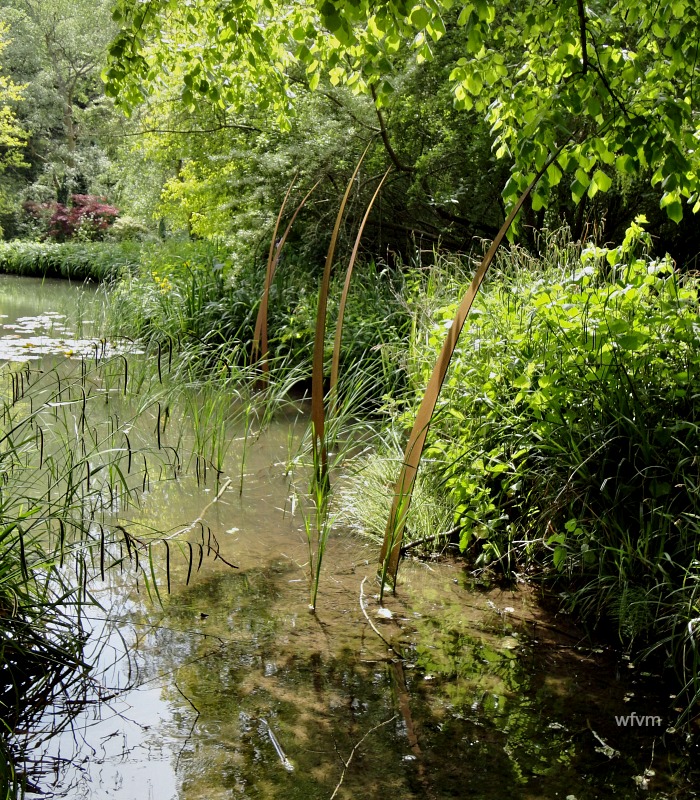 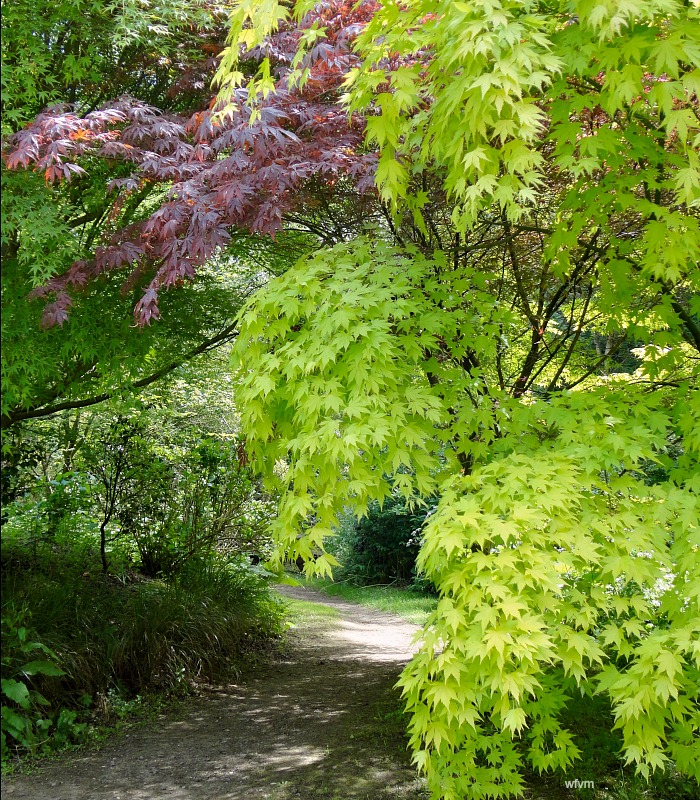 There is much more to this garden than I have shown. If you want to visit 'Paradise (almost) Lost' then this could be the last year that it is open to the public. The intention is to keep the garden open daily for the rest of the season until the last day of October. On the other hand if you have a few million pounds to spare, you might like to become the owner of this historic house once owned by King Henry Vlll and its special garden.
Posted by Rosemary at 08:45