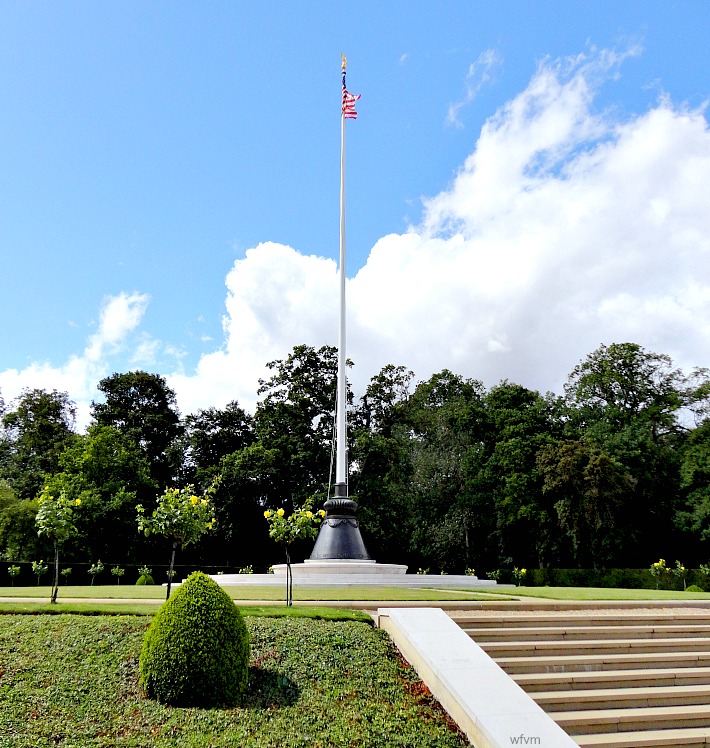 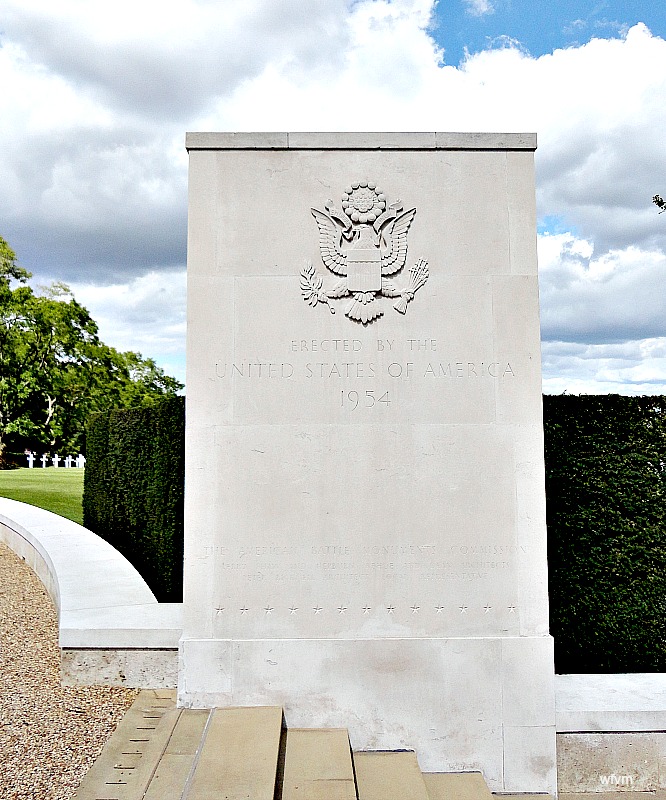 Opened in 1956, on land donated by Cambridge University, this cemetery is the only American Memorial site in England. Lying on a gentle slope, framed by woodland, it looks out across the arable Cambridgshire fens. The cemetery contains the remains of 3,812 military and a further 5,127 names are recorded on the Tablets of the Missing during WWll. Most died in the Battle of the Atlantic or in the strategic air bombardment of northwest Europe. 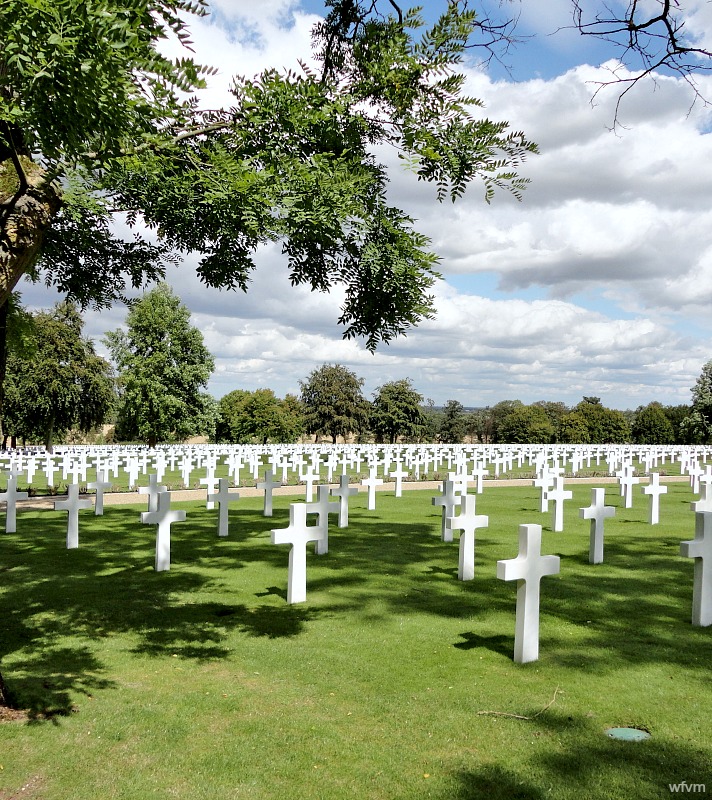 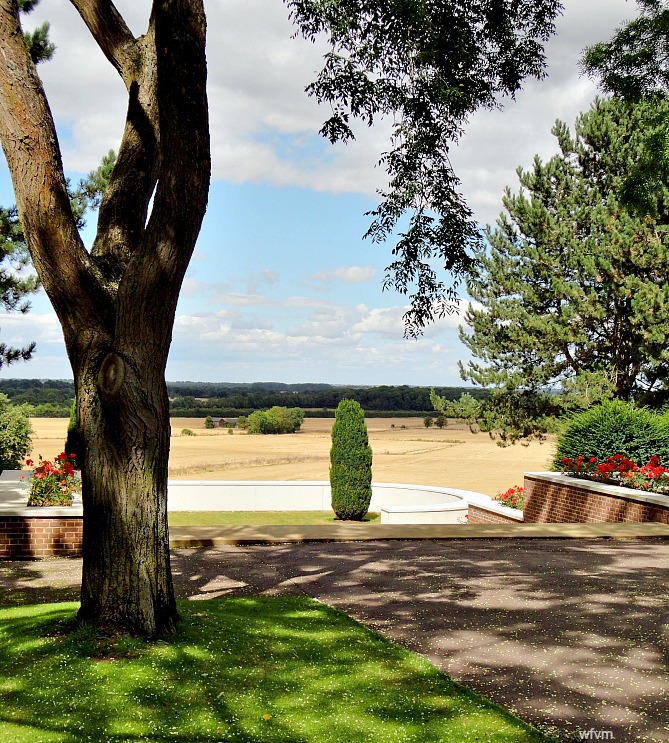 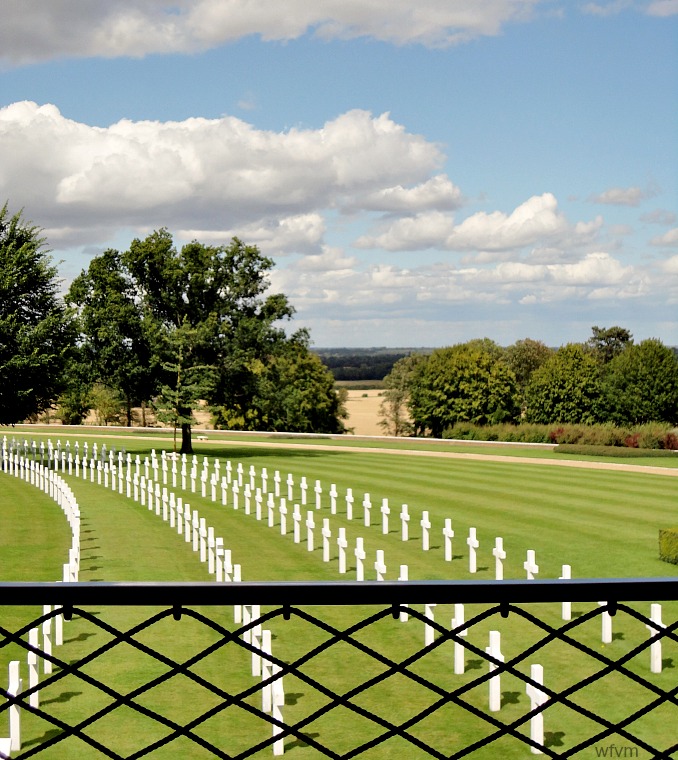 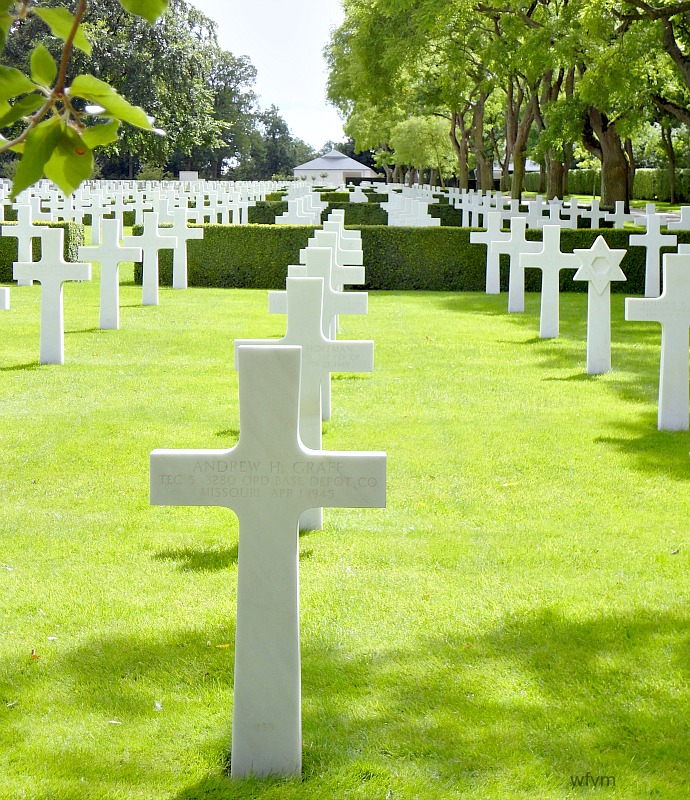 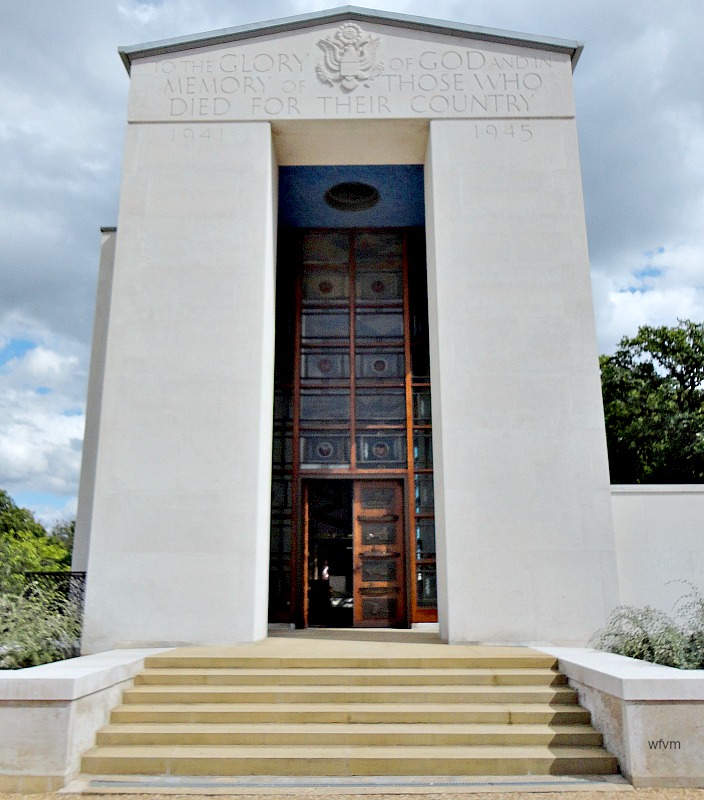 The Memorial Chapel has a mosaic ceiling, and windows commemorating every US State. A large map detailing the Battle of the Atlantic and the air campaign fought over the skies of occupied Europe 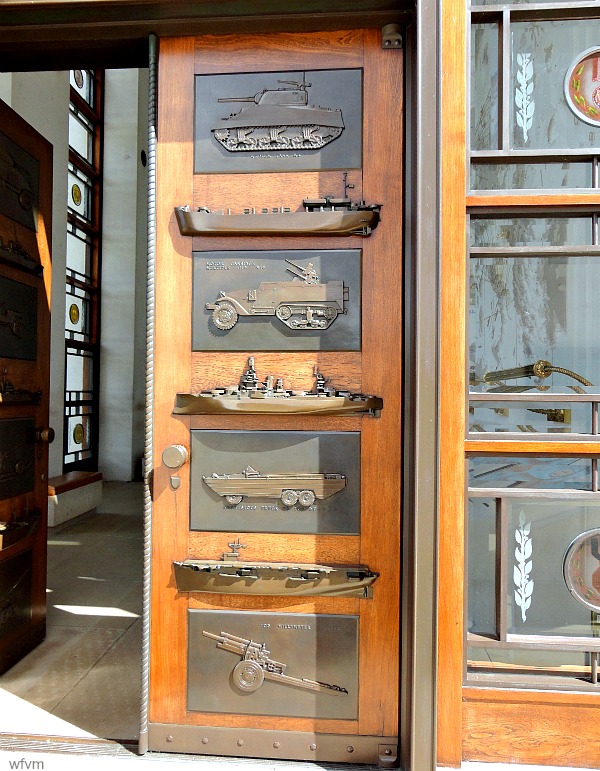 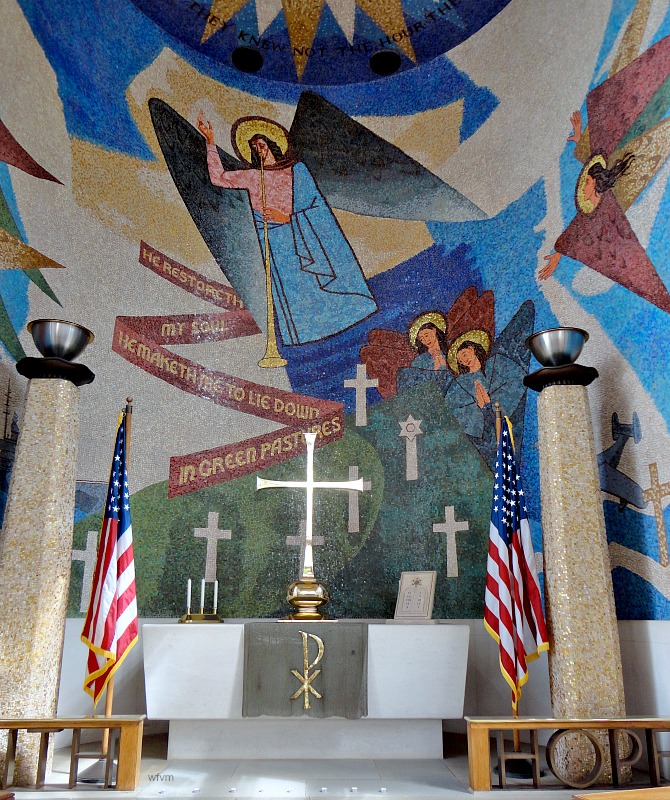 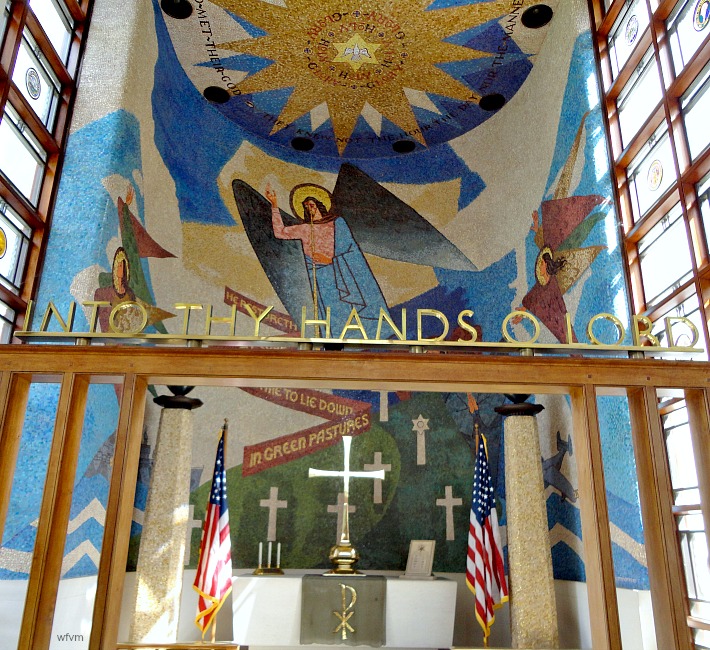 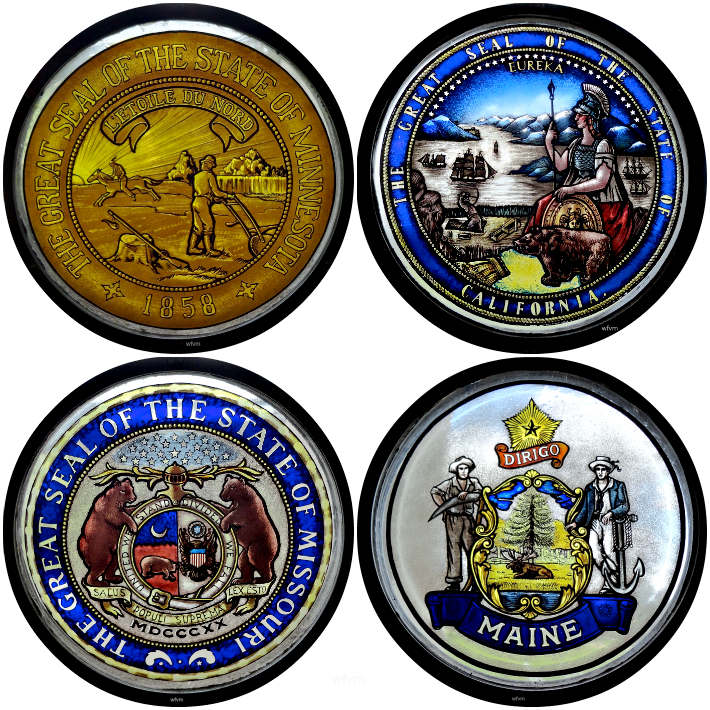 Four of the state windows 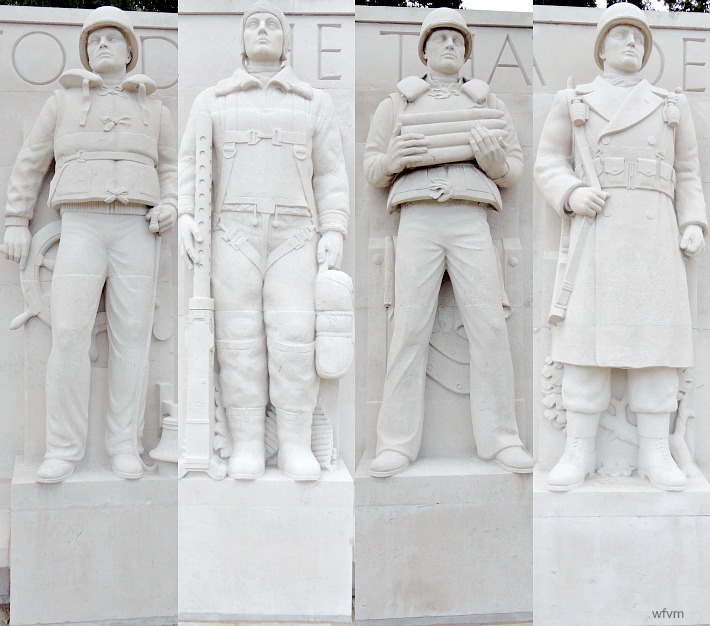 Four representative statues of servicemen beside the inscribed Wall of the Missing, sculptured by American artist Wheeler Williams 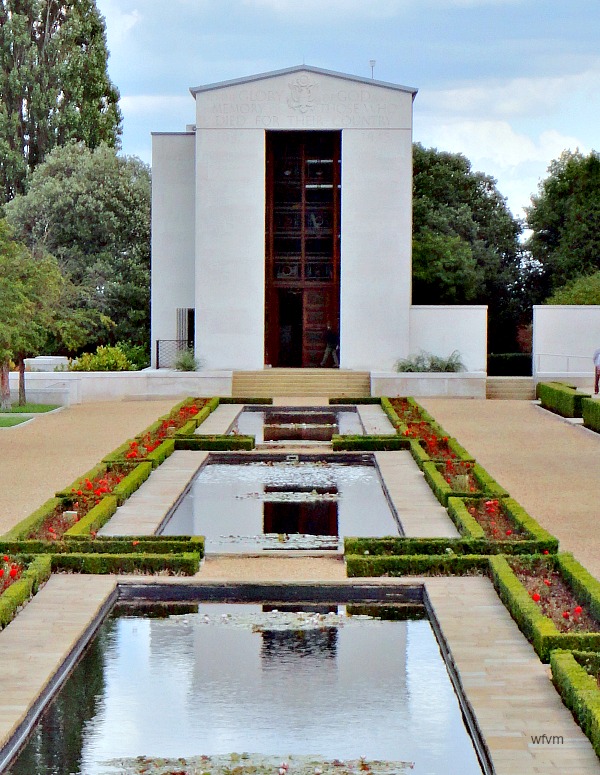 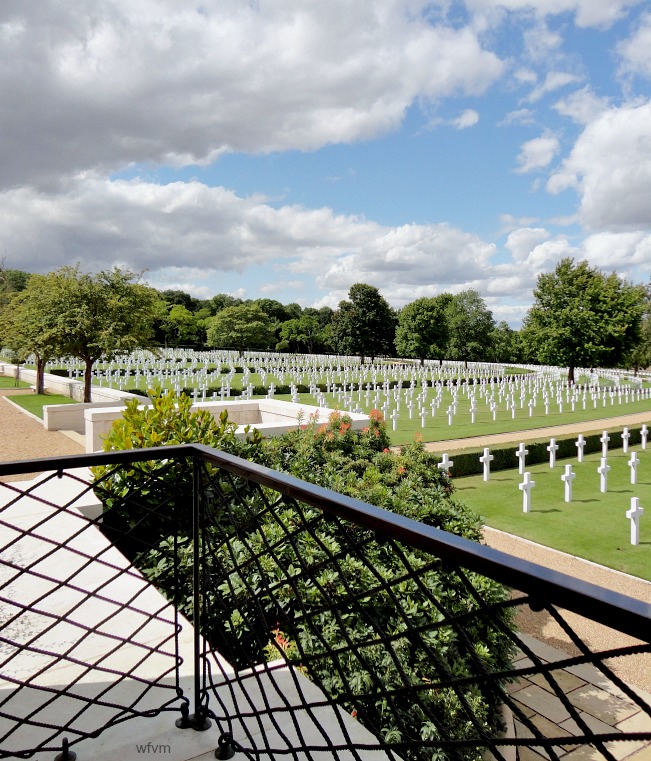 They shall grow not old as we that are left grow old:
Age shall not weary them, nor the years condemn.
at the going down of the sun and in the morning
We will remember them.
Robert Laurence Binyon