Longleat House is regarded as one of the prime examples of high Elizabeth architecture in England. It was a simple run-down priory when purchased for the princely sum of £53 by John Thynne in 1541. Thynne achieved power and wealth in court politics and warfare and was knighted only six years after purchasing Longleat. The original priory was destroyed by fire in 1567 and rebuilt by Sir John to a design by Robert Smythson. The house took 12 years to build.

The Great Hall retains its Elizabethan character and splendour. The minstrels' gallery was installed at great expense to honour a royal visit when Charles ll and his entire court stayed overnight 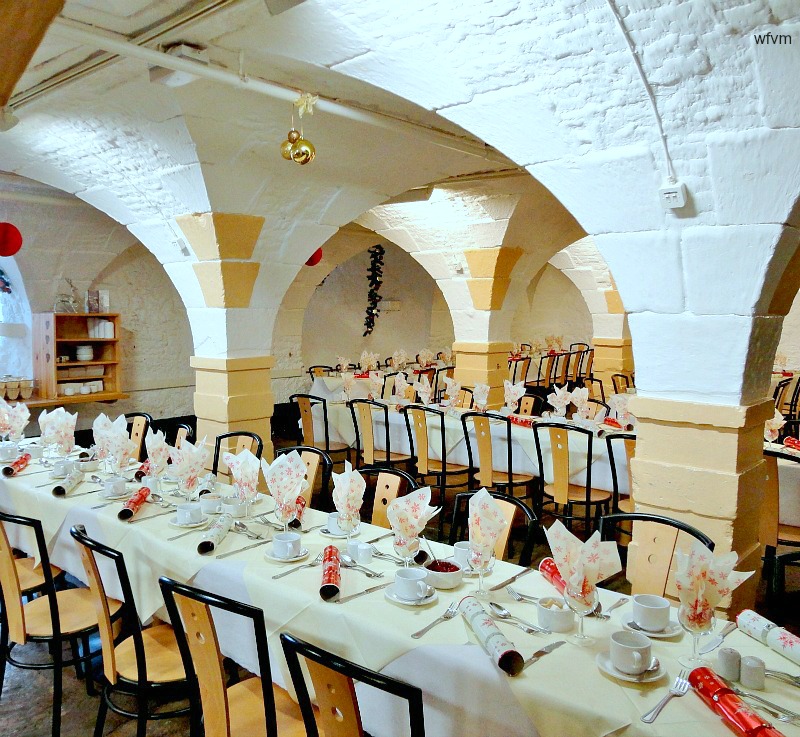 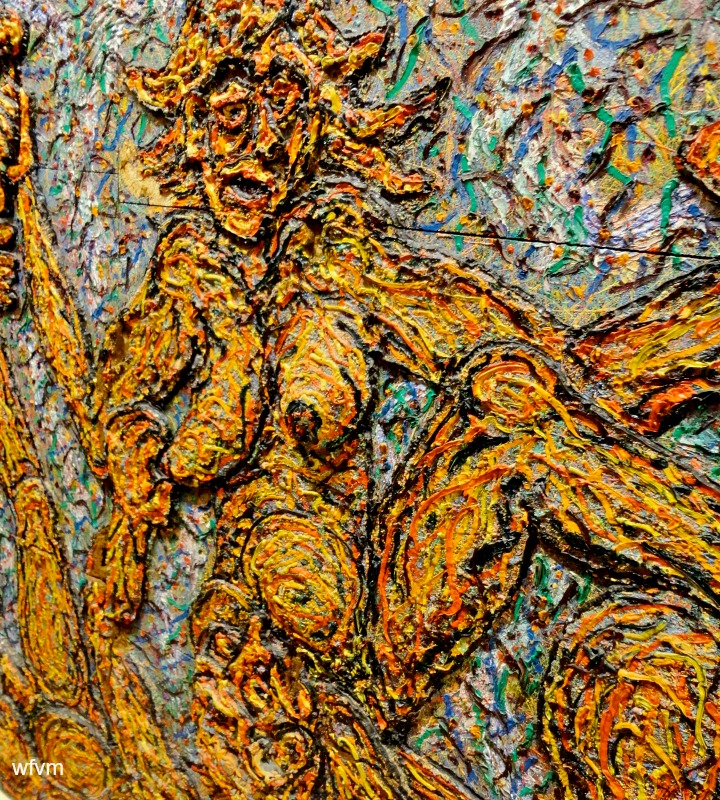 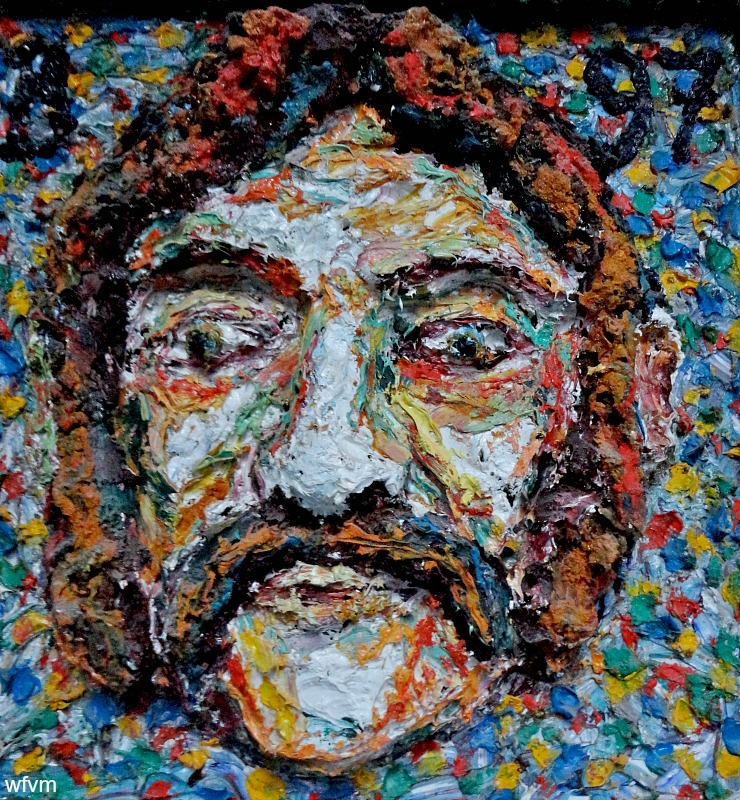 We were taken up to the attic and viewed some of the 7th Marquess of Bath's paintings and murals, but were not shown into the infamous Kama Sutra room!!! 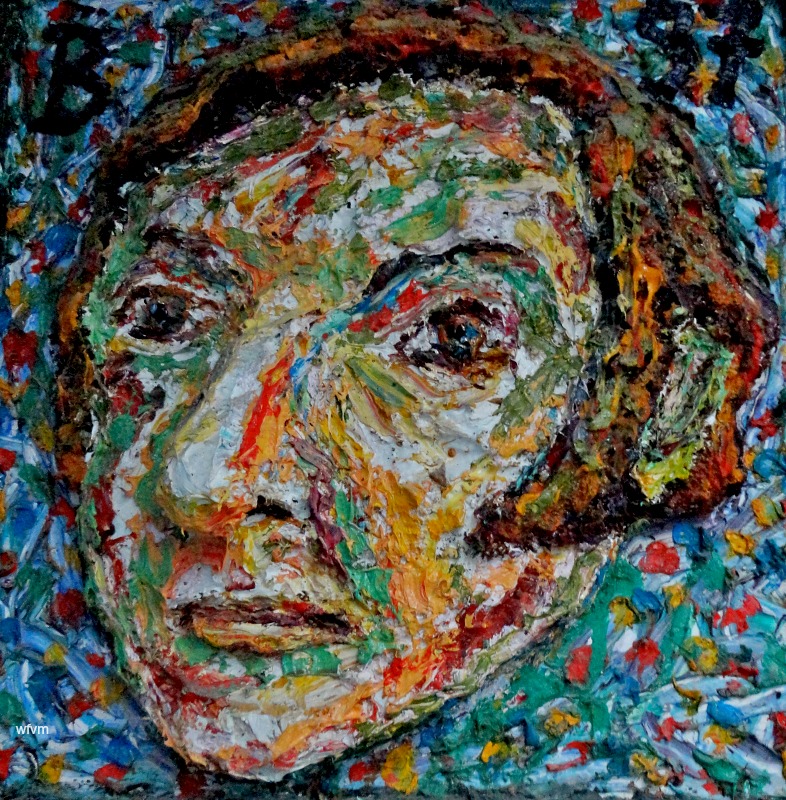 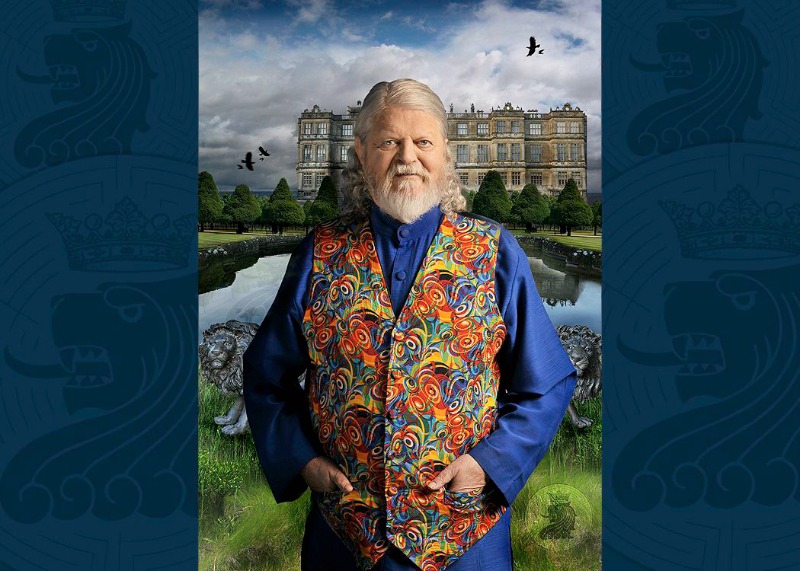 The 7th Marquess of Bath wears mult-coloured velvet kaftans, colourful waistcoats, tasselled fezes, leotards and capes, and although now in his early 80s the peer is said to have a collection of 75 'wifelets'. In 2010 he handed over stewardship of Longleat to his eldest son, Ceawlin - Viscount Weymouth 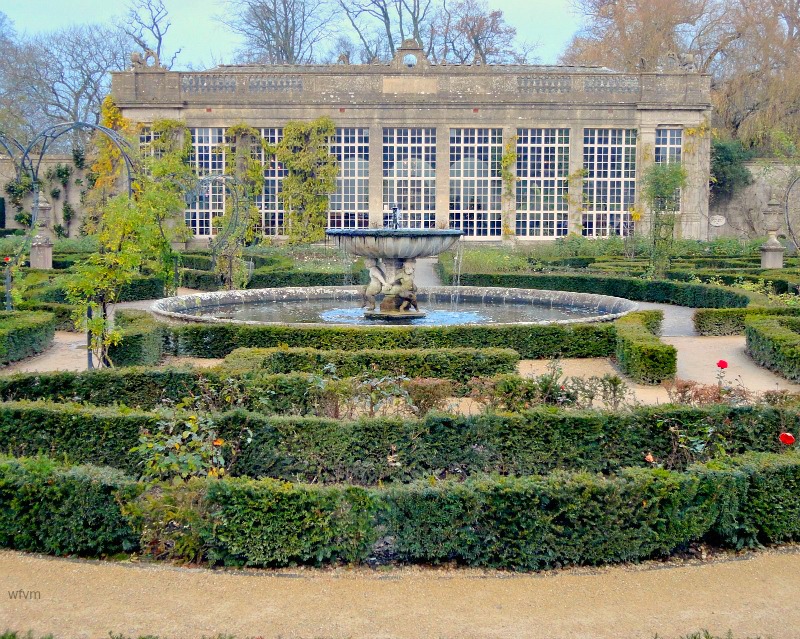 Orangery
The rooms inside Longleat were heavily shuttered to show off the Christmas decorations and lights, not conducive to photographs. Outside the grounds were looking distinctly "Disneyesque" to attract families over the Christmas period 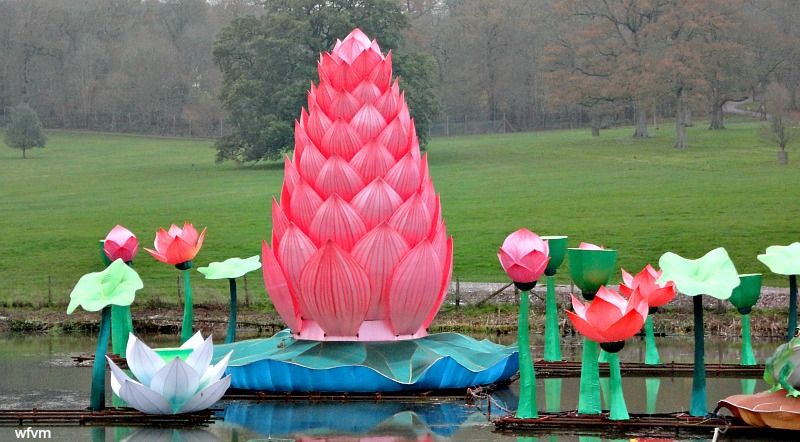 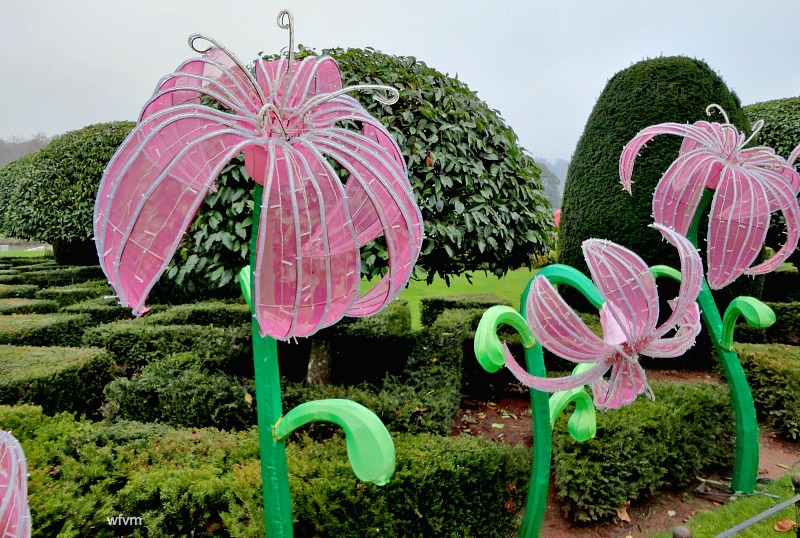 All these things light up in the dark! 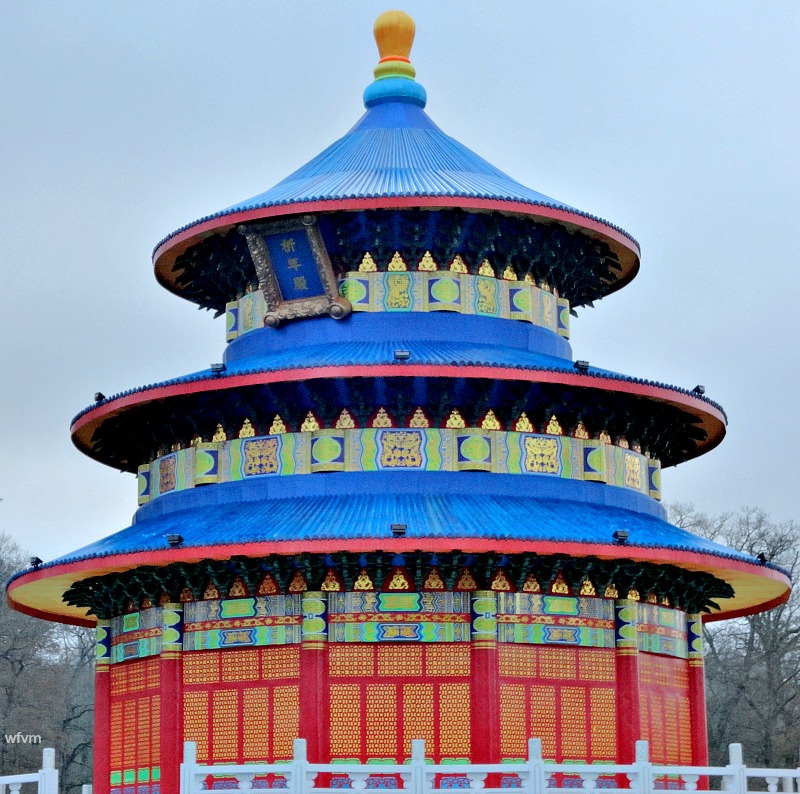 even this! resembling memories I have of the Temple of Heaven in Beijing visited many, many, years ago 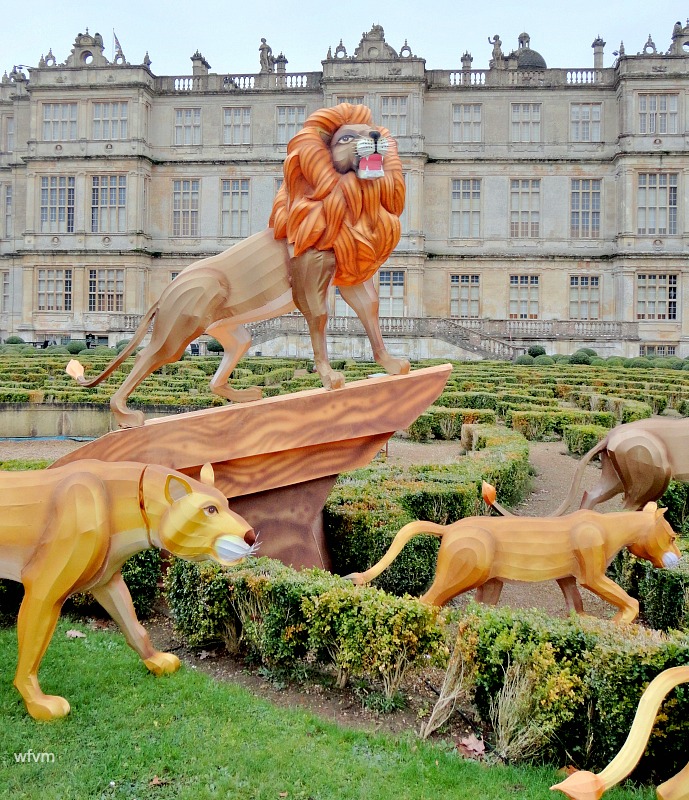 Real lions are to be found in Longleat's Safari Park but crazily these things light up too! 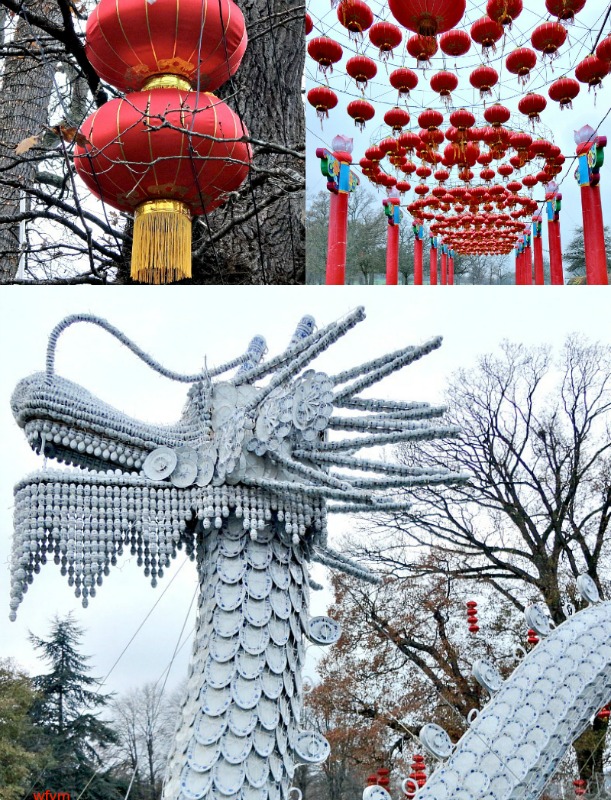 A 230 foot dragon made entirely from blue and white china plates, bowls, cups and saucers and hundreds of red chinese lanterns everywhere! 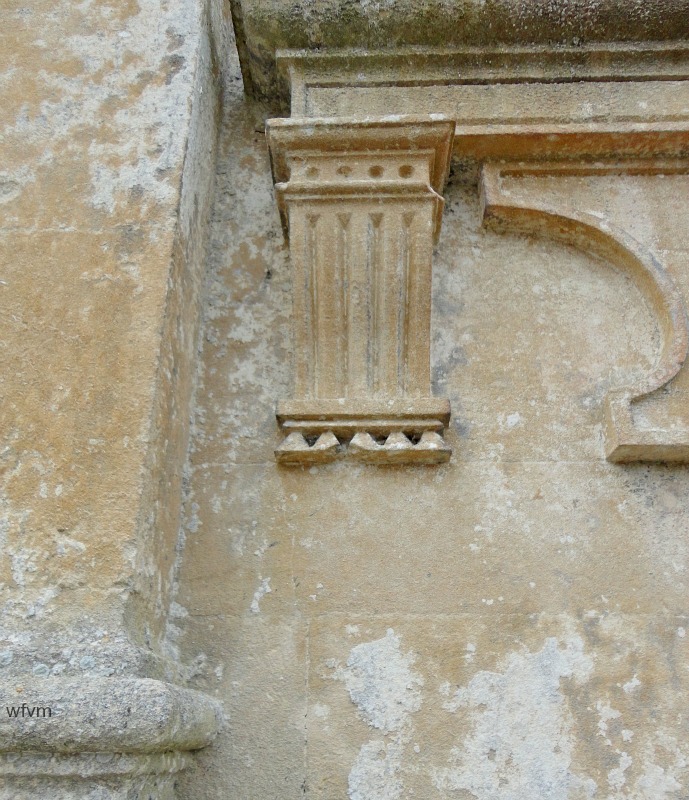 The cautionary moral of this tale is - should your preference be to admire a Capability Brown landscape, some prime Elizabethan architecture, the exquisite paintings and interiors of a fine stately home, then Longleat is best avoided during December!!! 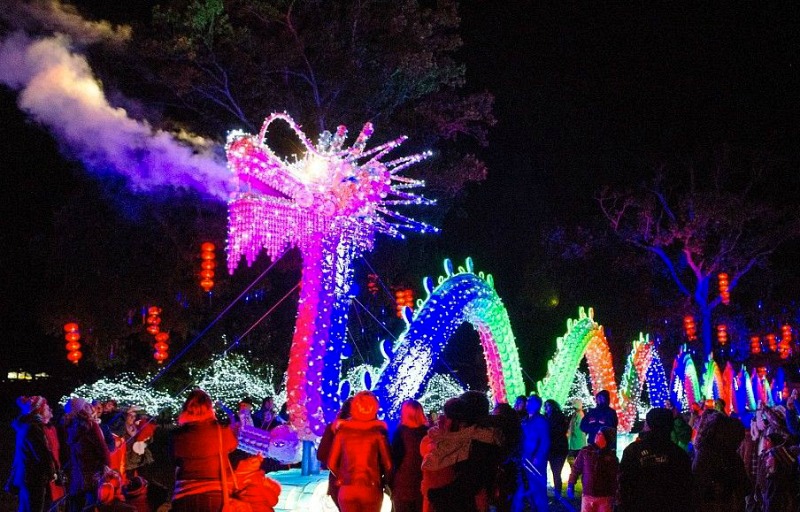 Subsequent to my visit I have discovered that this is the largest light show in Europe - have I been too harsh? The figures have been designed and created, principally in silk, by a team of 50 Chinese men and women from Zigong over the past six months at Longleat. Apparently for 2000 years Zigong has been considered the home of the finest chinese lanterns. Admittedly I didn't see the displays lit up, and I do concede that they look magical at night. You can see them here - I imagine that they will delight many families during the Christmas period.
Posted by Rosemary at 08:29