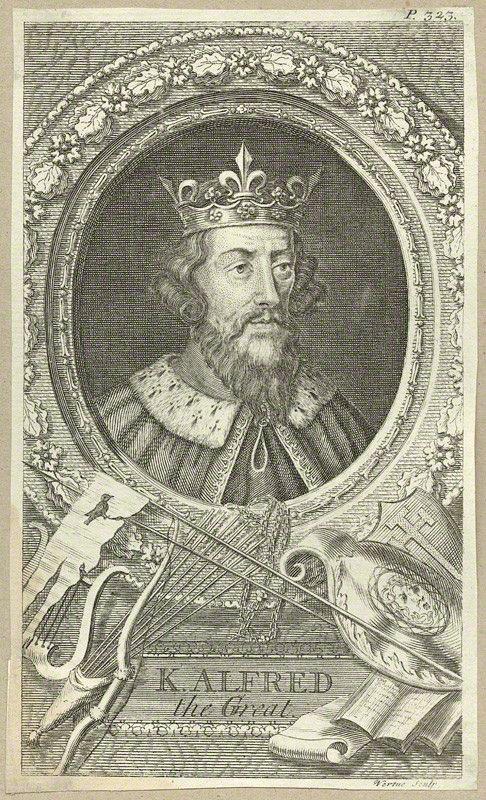 via
King Alfred 'The Great'
A line engraving c.1750 by George Vertue
In the Ashmolean Museum, Oxford there is a very special Anglo Saxon treasure approximately 1150 years old - the Alfred Jewel. It was discovered in 1693 by a labourer digging for peat at Newton Park in North Petherton, Somerset. North Petherton is near Athelney, where in 878 King Alfred the Great took refuge from the Vikings and later founded a monastery.
Sir Thomas Wrothe, owner of Newton Park, became the owner of the jewel. He later presented it to his uncle, Colonel Nathaniel Palmer, a former member of Trinity College, Oxford, who bequeathed it to the university in 1717. He intended that it should go to the Bodleian Library, but a year later his son Thomas, decided that it should be deposited in the Ashmolean Museum.
Posted by Rosemary at 11:46