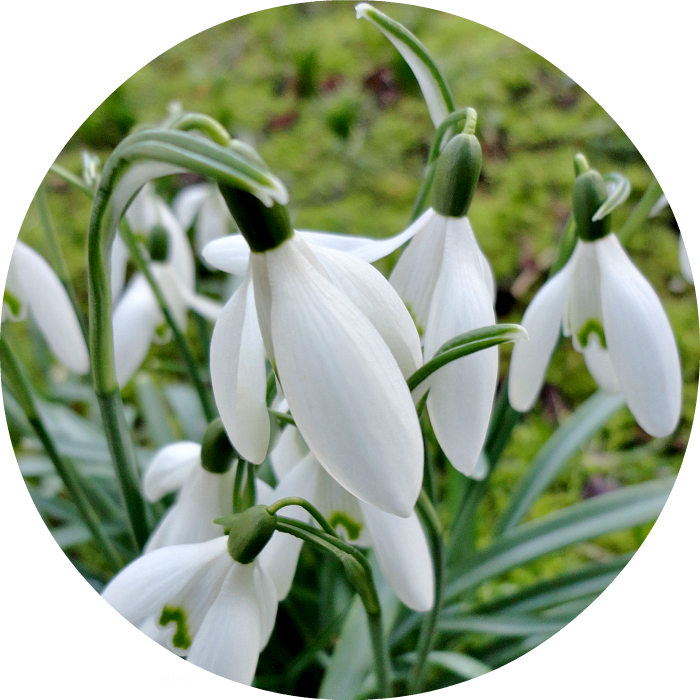 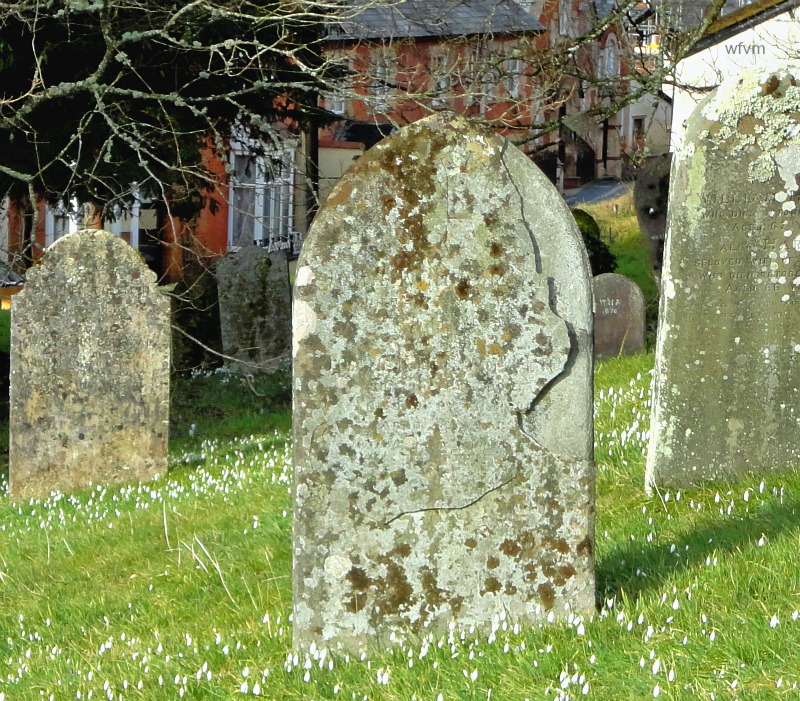 Late January, and nodding snowdrops greet us in Dulverton, Somerset. We were fortunate, at this time of year the flowers could have been hidden under a layer of snow. 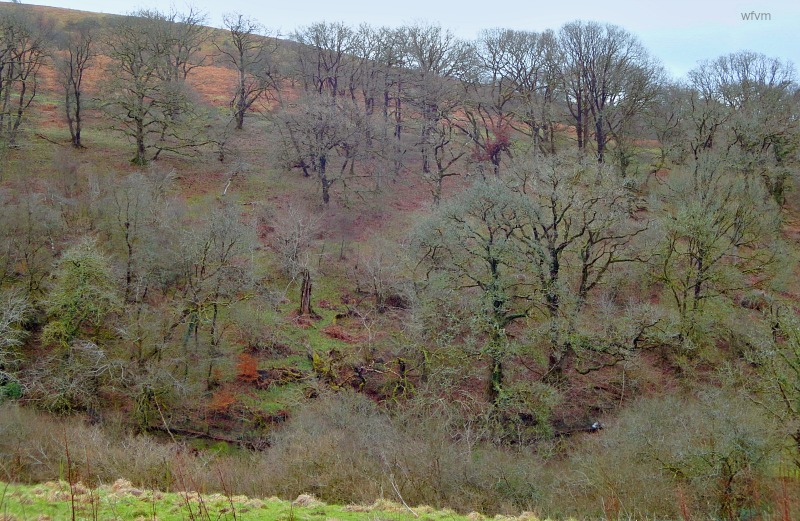 Dulverton lies on the southern edge of Exmoor's National Park - Europe's first International Dark Skies Reserve. Tucked in at the entrance to a deeply wooded valley Dulverton is known for its close location to a pre-historic clapper bridge called Tarr Steps 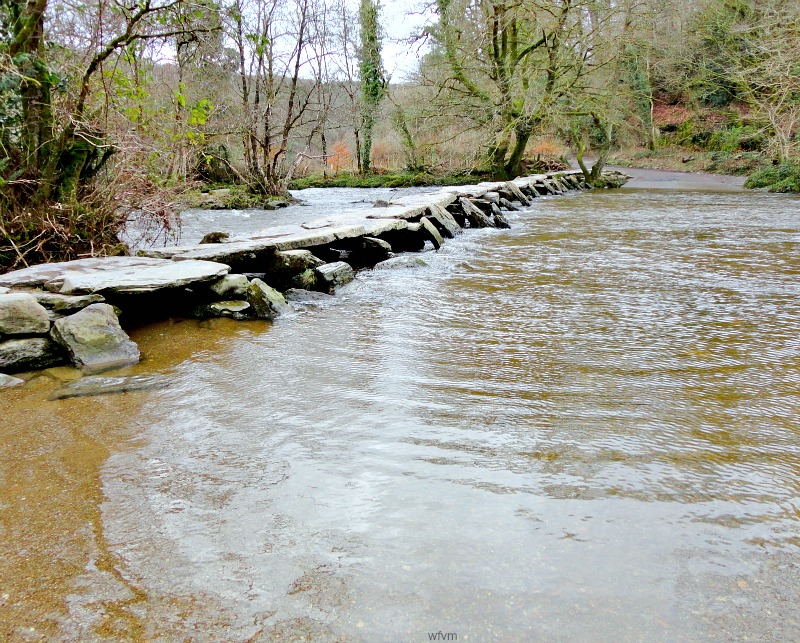 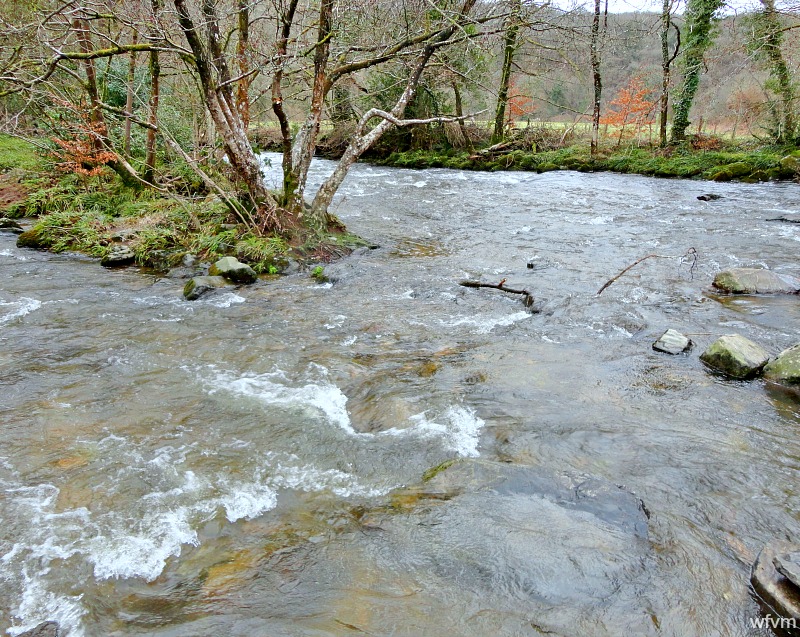 Canoeing is allowed downstream of Tarr Steps only between mid October and the end of March when water levels are high. Upstream it is not allowed at any time to prevent disturbing developing fish eggs. Curiously, as can be observed from these photos, downstream of Tarr Steps the River Barle is rough and fast, whereas upstream it is shallow and calm. 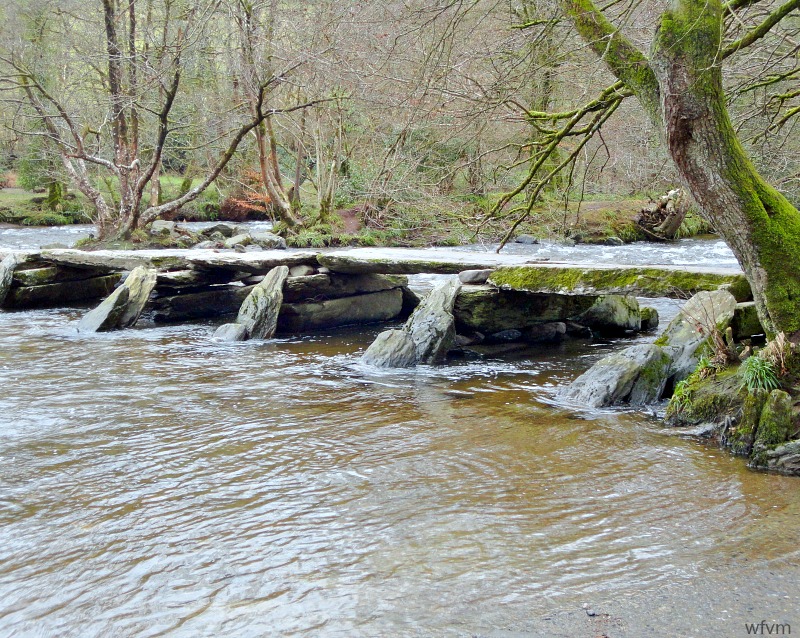 A sure-foot is required when crossing this ancient scheduled monument, understood to date back as far as 1000 BC 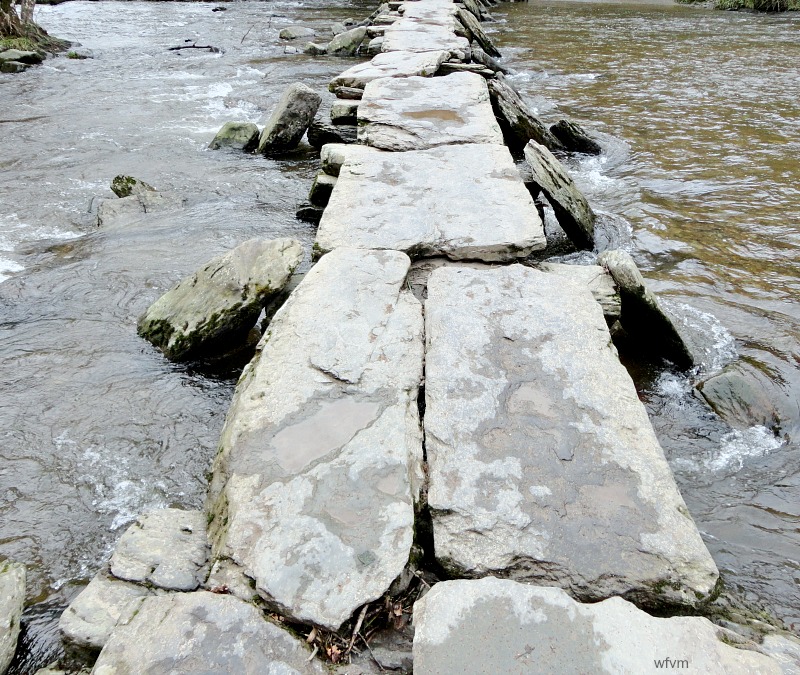 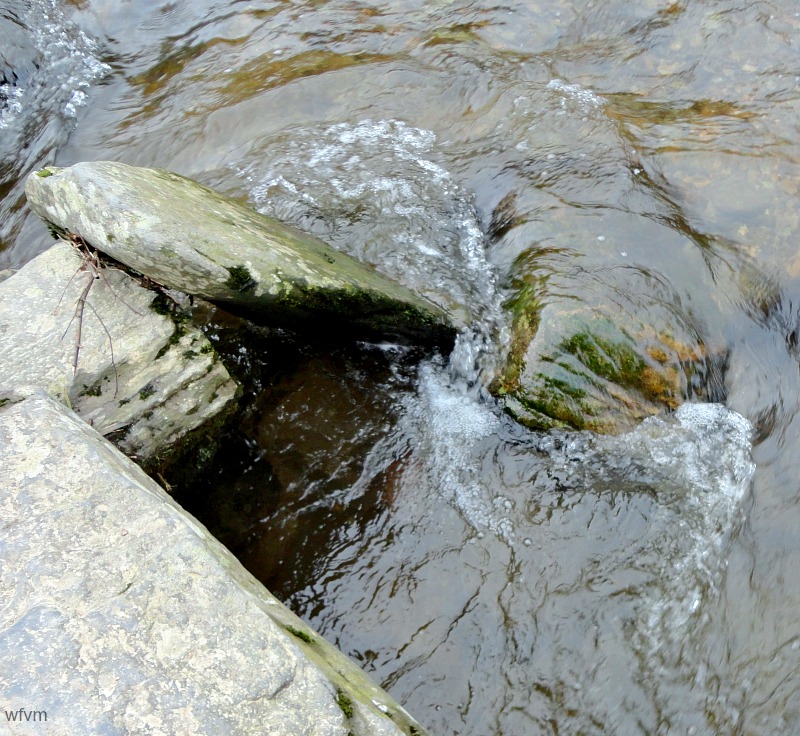 Close by the steps are burial mounds of Bronze Age men - did they use this same crossing point in the river? 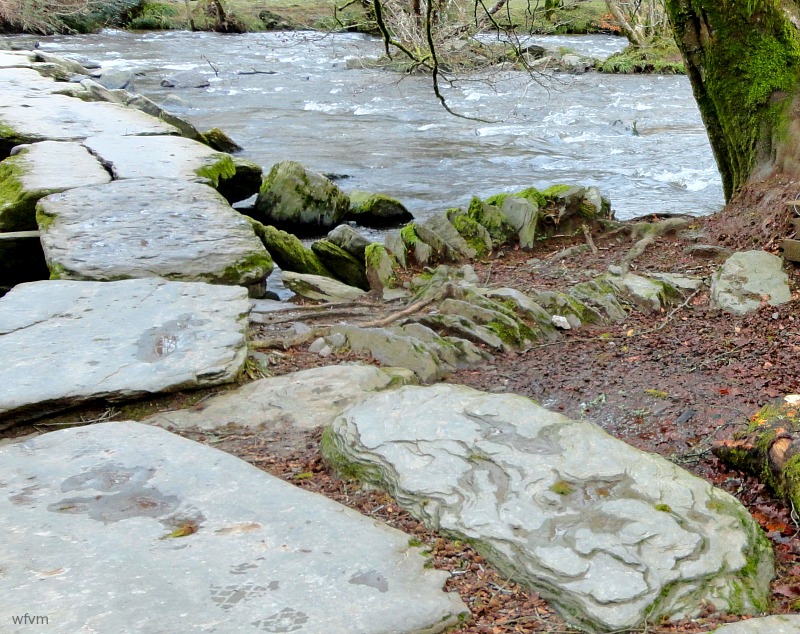 The surrounding woodland is mainly Oak, Beech, Ash, Sycamore, and Hazel which was once coppiced to provide charcoal for the local iron smelting industry. It is now a Site of Special Scientific Interest abounding in wildlife - Red Deer, Dormice, the rare Barbastelle Bat along with Otters that feed along this unpolluted fast flowing river 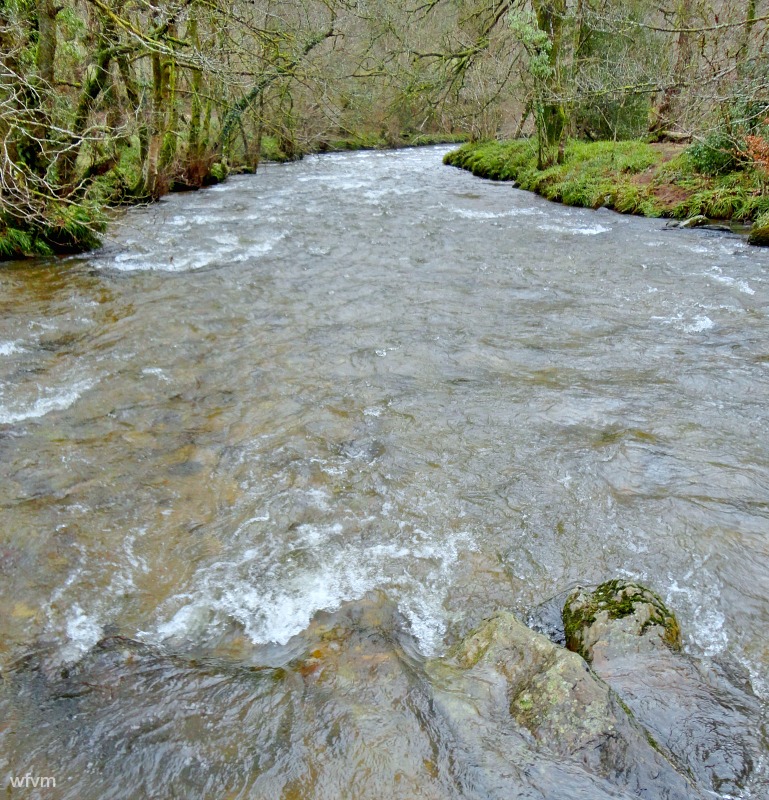 Atlantic salmon that hatch in the River Barle, may journey as far away as Greenland before returning years later to spawn. For rivers to be suitable for salmon they need unpolluted, cool, well oxygenated water along with clean gravel on the riverbed for spawning, these are exactly the conditions that are found in this river. 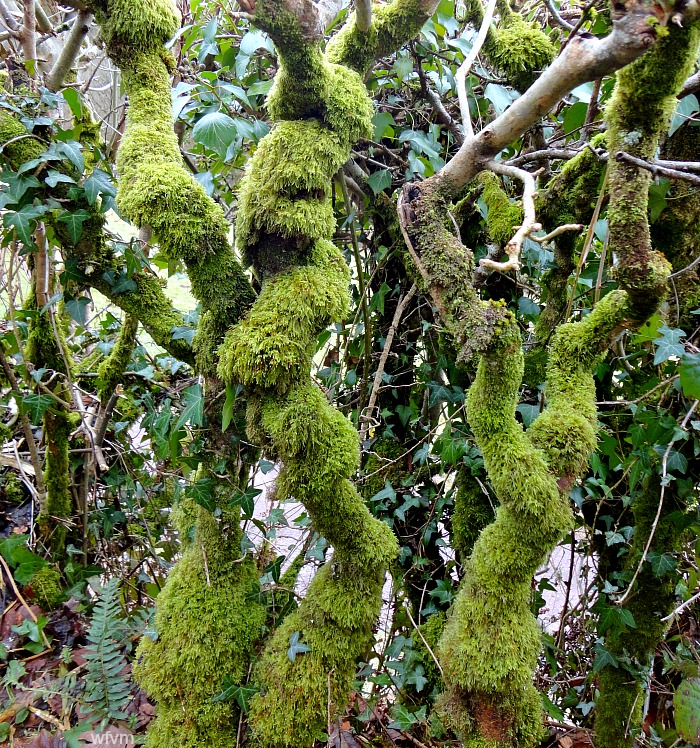 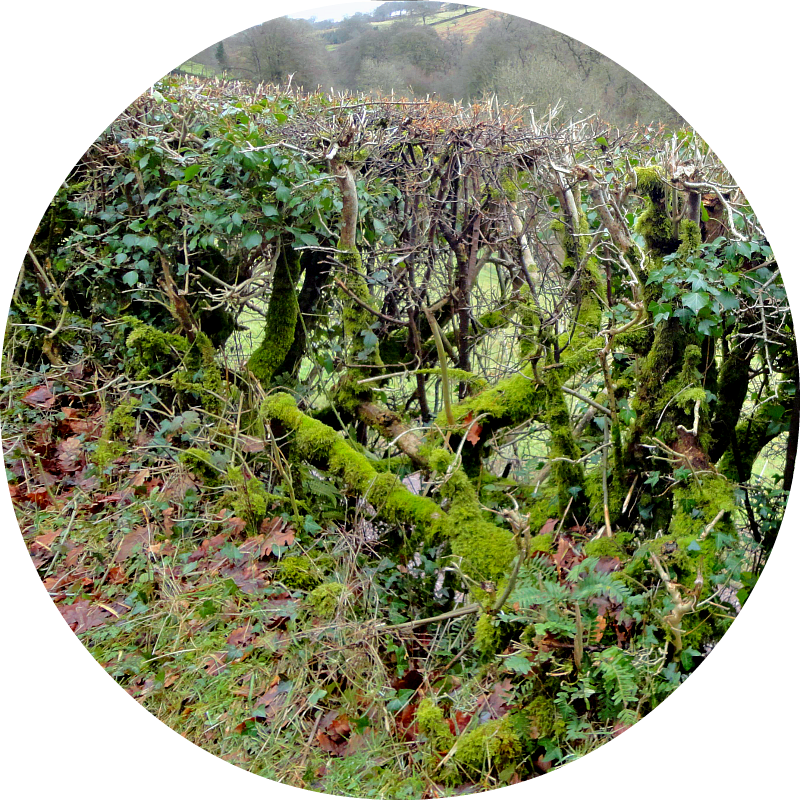 The steeply banked very narrow country lanes in this area were all impressively maintained. The grassy banks were trimmed and the hedgerows atop were neatly cut ready to greet the forthcoming spring. 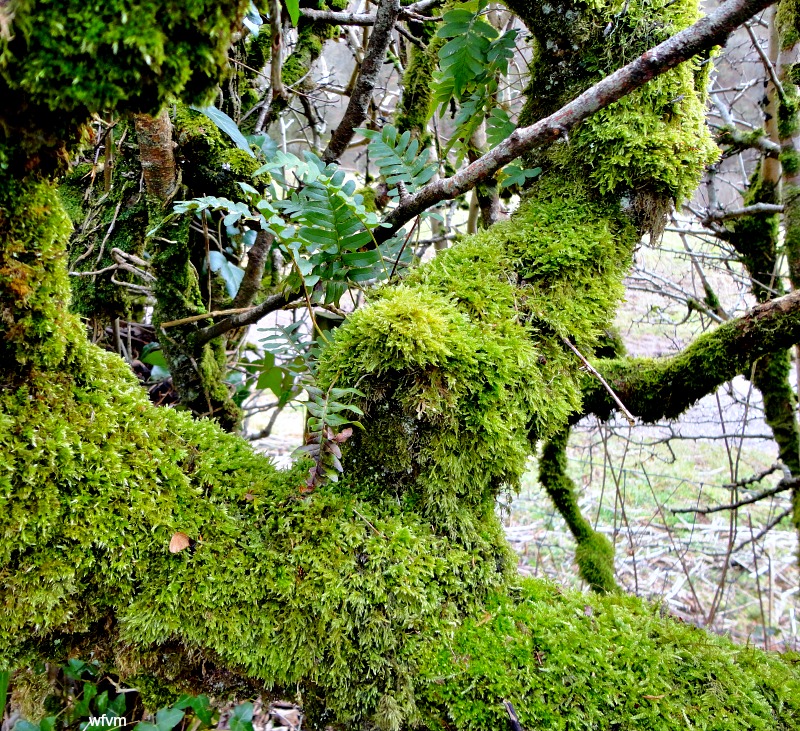