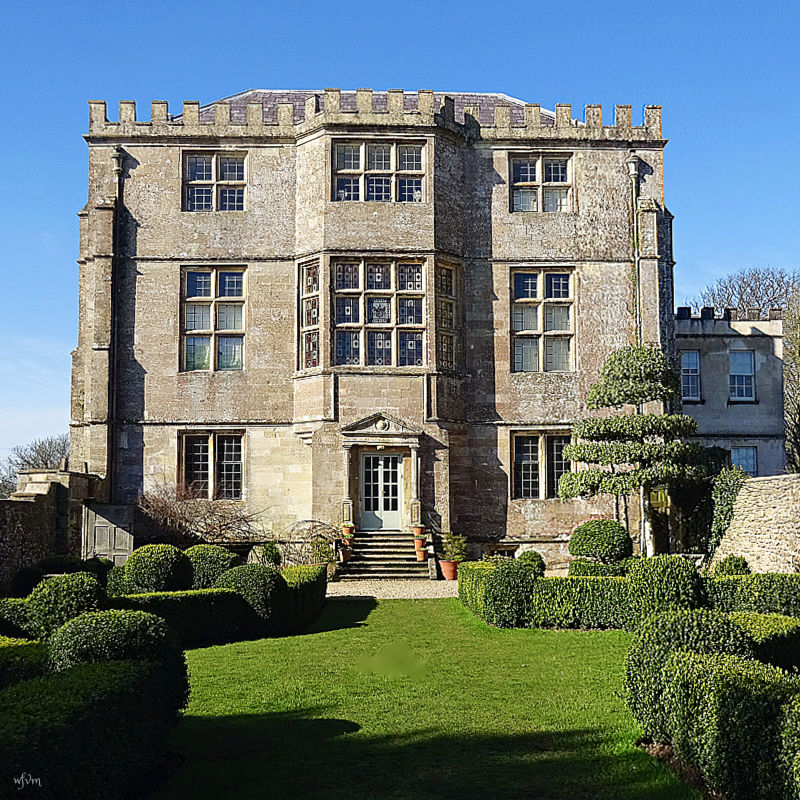 Set high on a Cotswold escarpment, surrounded by steeply wooded valleys, this Hunting Lodge was built in 1550 by Sir Nicholas Poyntz; he reused the stones from nearby Kingswood Abbey following the Dissolution of the Monasteries in 1536 - 1541.  A simple square shaped building with a reception area on the ground floor, a banqueting hall to the first floor and bedrooms at the top. Originally the roof would have been flat with four corner turrets to enable visiting ladies to watch the hunting in comfort. Apart from the changes to the roof, this eastern side elevation survives intact. 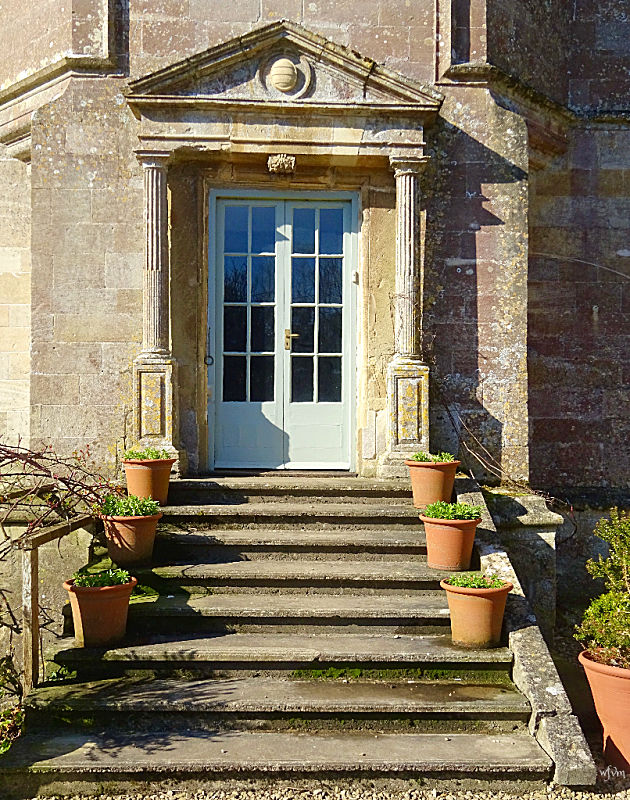 The doorway is classically detailed having fluted Doric columns beneath a triangular pediment with a roundel in the middle showing the Poyntz family arms.

This pleasing architecture shows one of the earliest examples of the classical order being used in an English building. 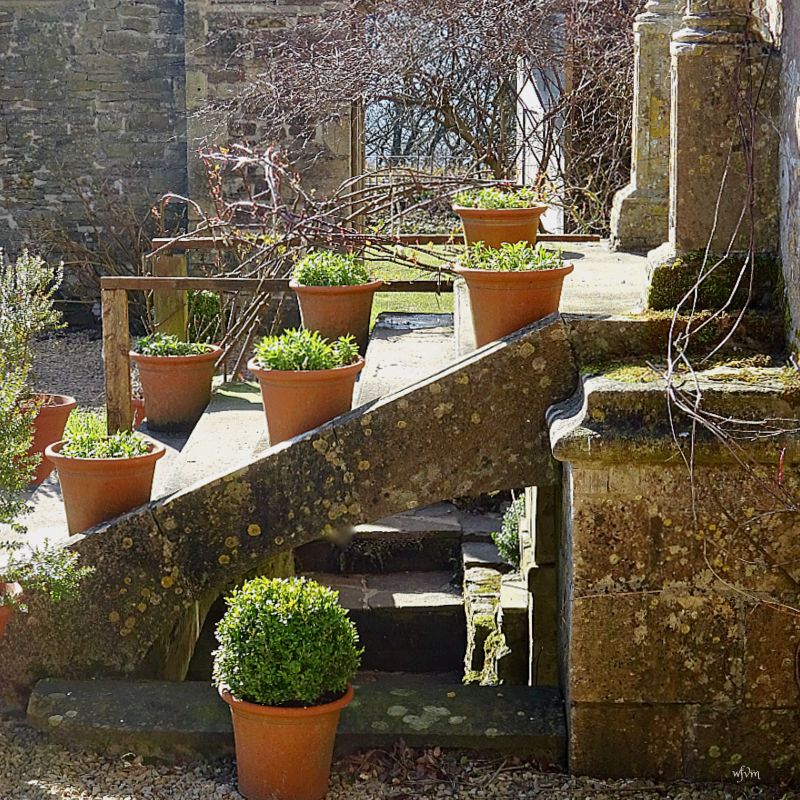 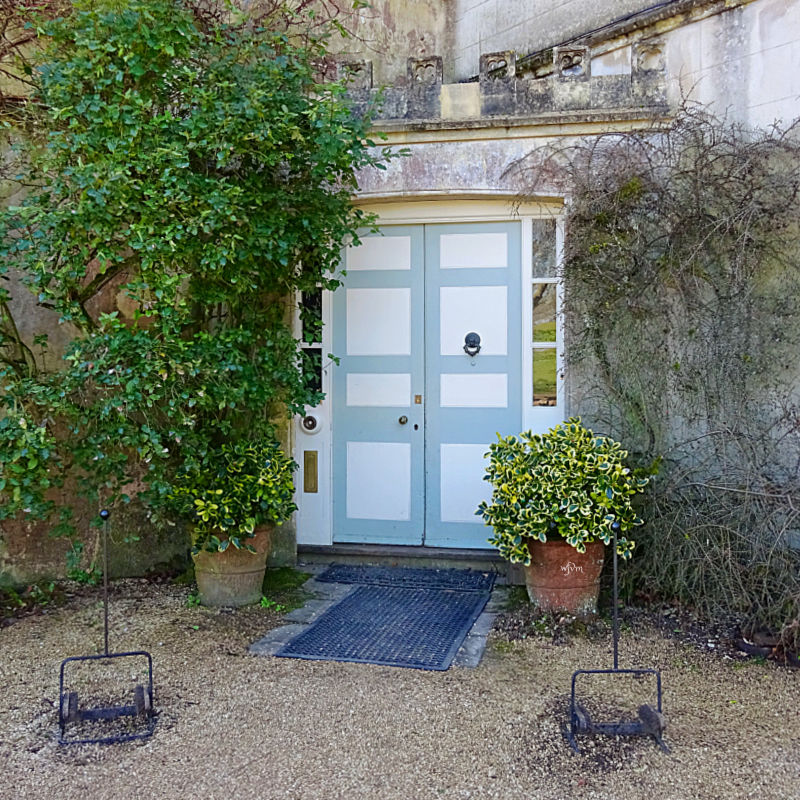 The hunting lodge was remodelled in 1790 by renowned architect James Wyatt for the Clutterbuck family, who turned the lodge into an elegant home.

In the current environment the interior of the property is closed to visitors, so let's head off and wander through the grounds. 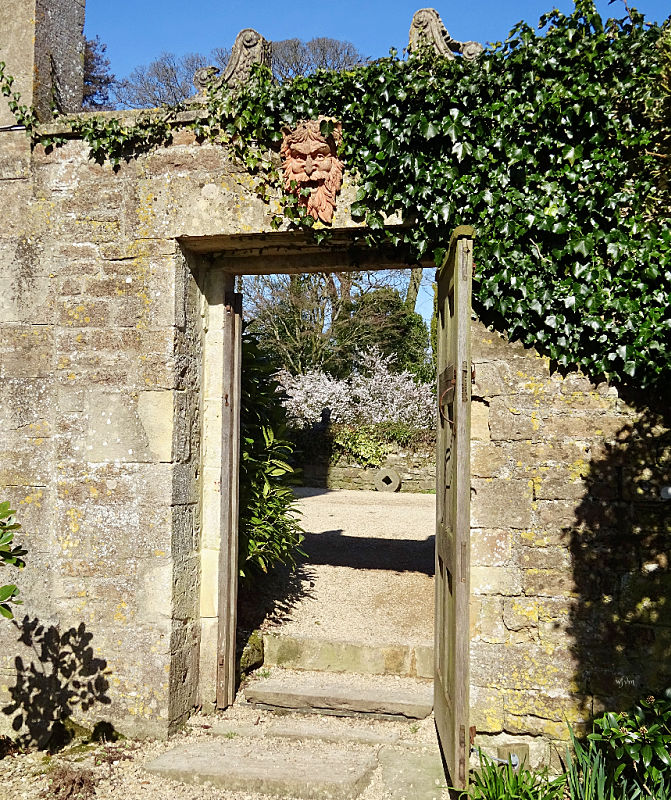 The garden is a haven of wild flowers throughout the year. In January and February it is the snowdrops that hold centre stage, but they have now mostly been displaced by drifts of wild daffodils. In a couple of months the banks and woodlands will be covered in profusions of bluebells and wild garlic. Come September and it will be the turn of hundreds of wild cyclamen showing off their dainty pink faces. 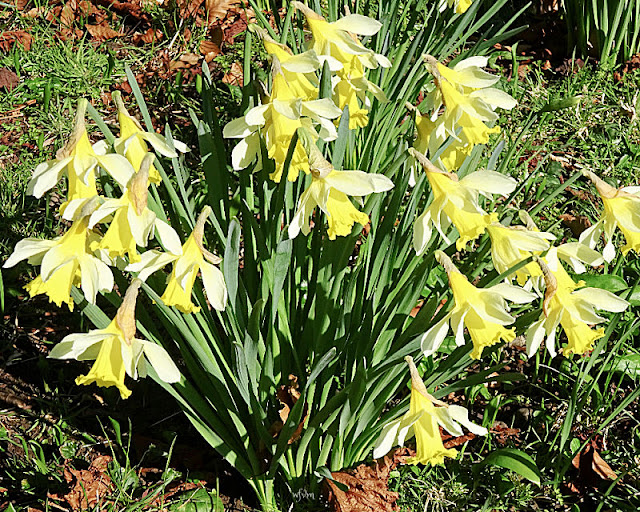 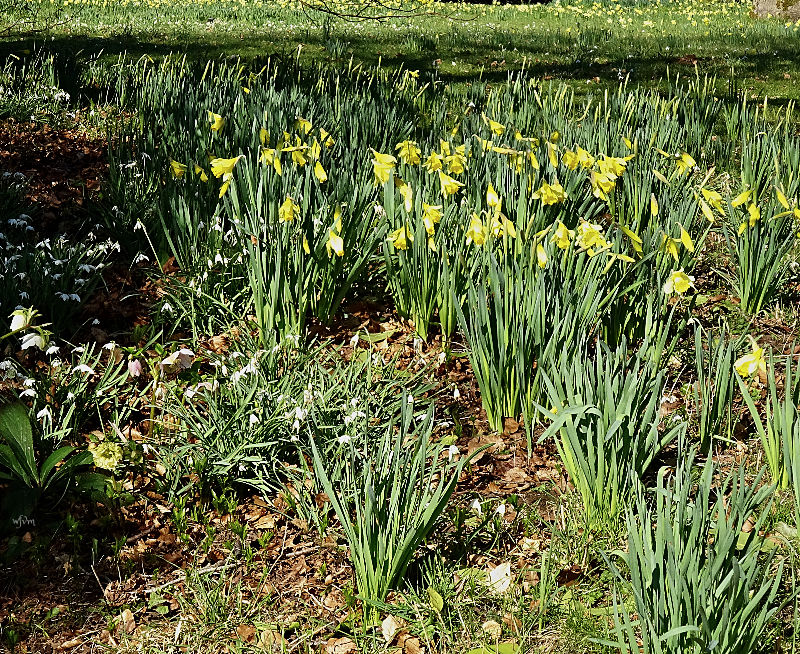 Growing amidst the daffodils we discovered some minature Iris tuberosa - "snake's head iris". 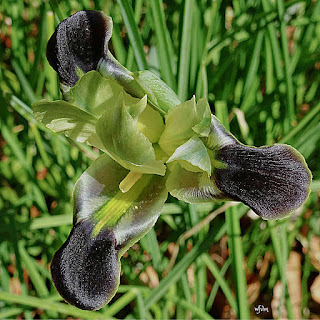 (the flower is even smaller than this image) 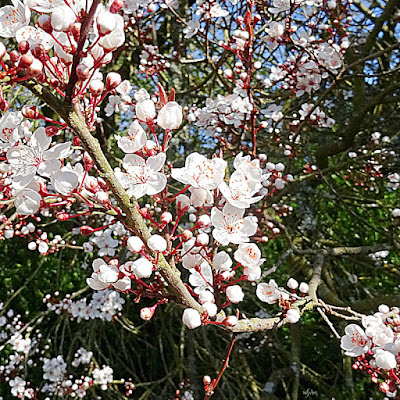 Early flowering Prunus mume.
I am very grateful to my blog friend Yoko, who lives in Japan, for telling me its name. 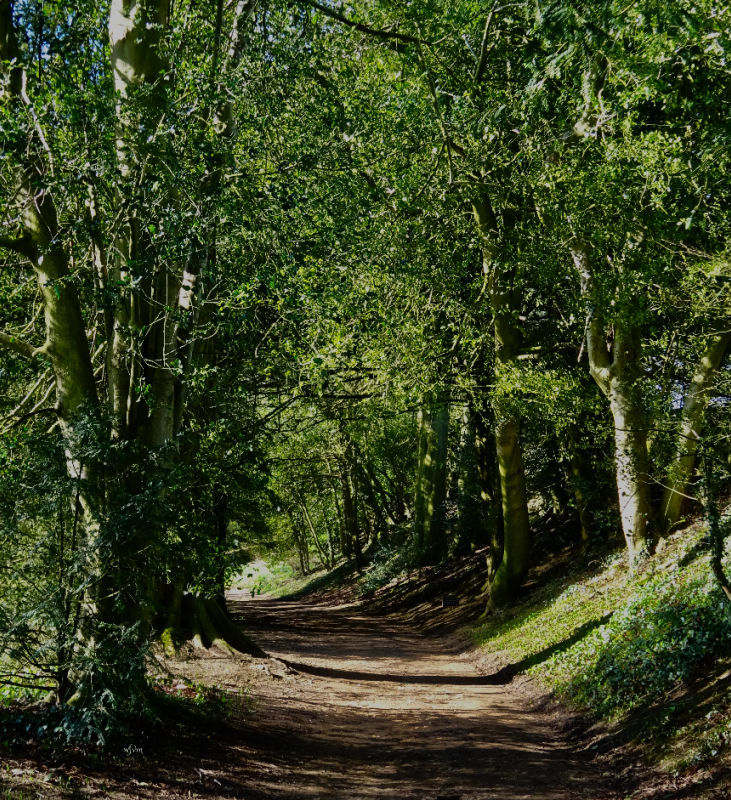 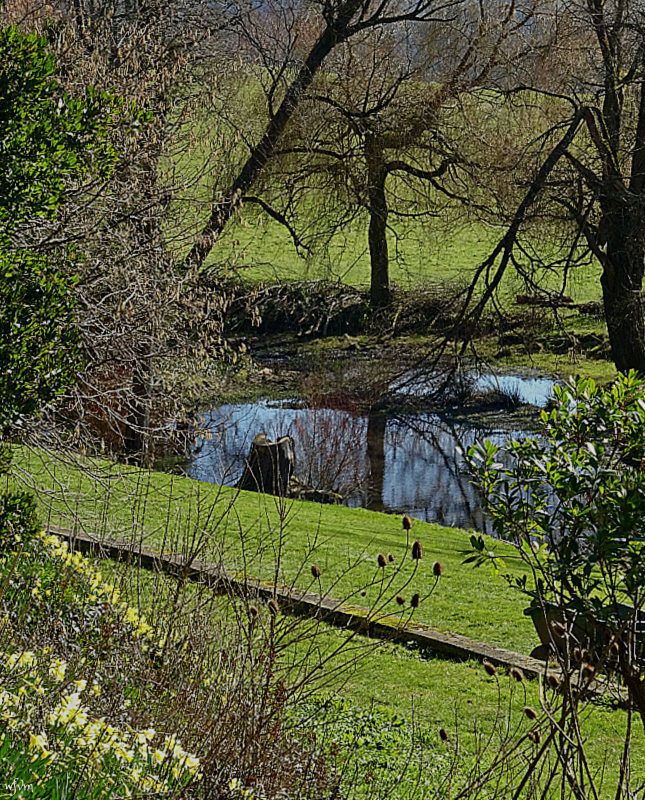 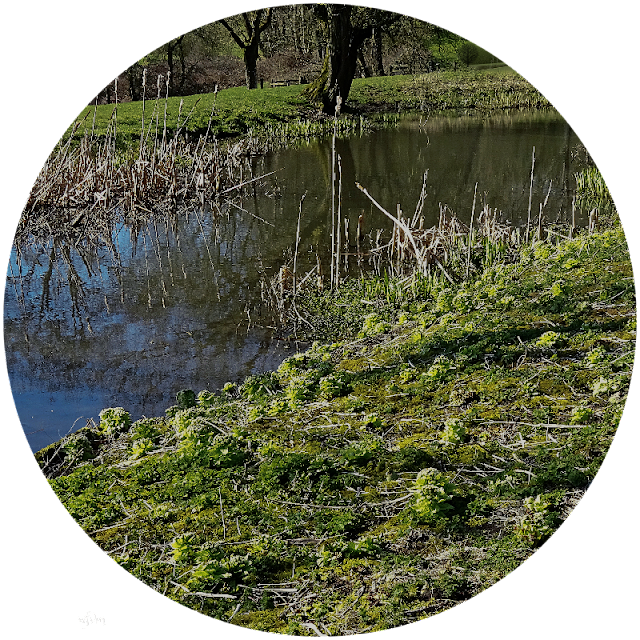 .....where a small lake and a Georgian crinkle crankle wall are currently being restored.
We returned home from Newark Park feeling refreshed and ready for our lunch.
Posted by Rosemary at 19:59