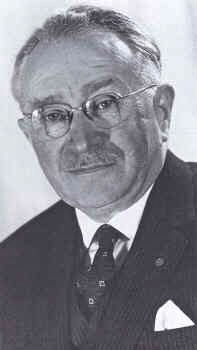 Sir Ludwig
'Hands up' all those who have heard of Dr. Ludwig Guttman. No! but you have all heard of the Paralympic Games.
It was Dr. Guttman, a German neurologist who founded the games whilst working at the famous National Spinal Injuries Centre at Stoke Mandeville Hospital in Buckinghamshire.
Previously he worked at the Jewish Hospital in Breslau, Germany where he later became their director. However, as a Jew, he left when life became impossible for him and his family, and emigrated here to Oxford. The Council for Assisting Refugee Academics (CARA) negotiated with the Home Office on their behalf and donated a sum of £400 (around £20,000) in today's money) to help the family establish themselves. The family stayed with Lord Lyndsay, CARA Councillor and Master of Balliol College, Oxford whilst Dr. Guttmann did research at the famous Radcliffe Infirmary in the Nuffield Department of Neurosurgery.
In 1943, he was asked by the British government to found the National Spinal Injuries Centre at Stoke Mandeville Hospital where he was appointed Director. His strong belief was that sport is an excellent method of therapy, using it to help build physical strength and also self-respect.
The medical issues he could deal with, but his biggest concern was how to overcome the widely held belief both within the medical profession and amongst the general public that patients once paralysed faced a pointless future, and that it was impossible to integrate them back into society.
He achieved this by changing the way they were treated much to the contempt of his fellow surgeons, doctors, and nurses.  He had the patients moved regularly to avoid pressure sores, and prevent urinary tract infections developing. He exercised very firm control over the patients cajoling them into doing physical and skill based activities. Sports such as Archery improved their mental wellbeing, and learning new skills, such as woodwork, clock and watch repair and how to type. These skills would ensure that they would be employable when returning back into the community.
He introduced an annual games event. Year after year the number of patients taking part in the Stoke Mandeville Games increased as the number of sports on offer grew. Word spread amongst other spinal hospitals around Britain and to other countries until in 1953 a team arrived from Canada for the games. By 1954 there were Australians, Finns, Egyptians and Israelis, and so today's Paralympics were born.

The Paralympic symbol for the London games 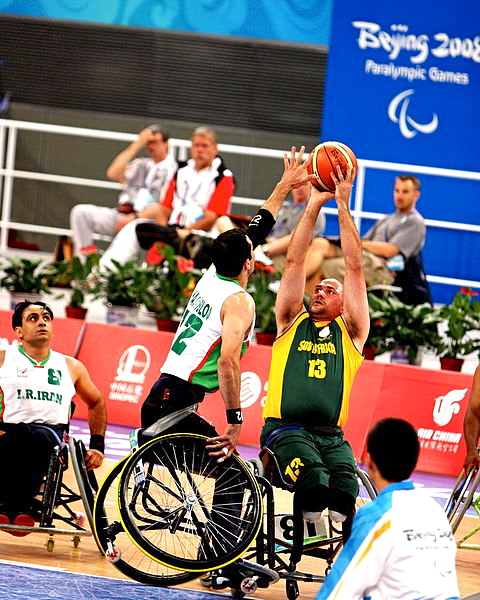 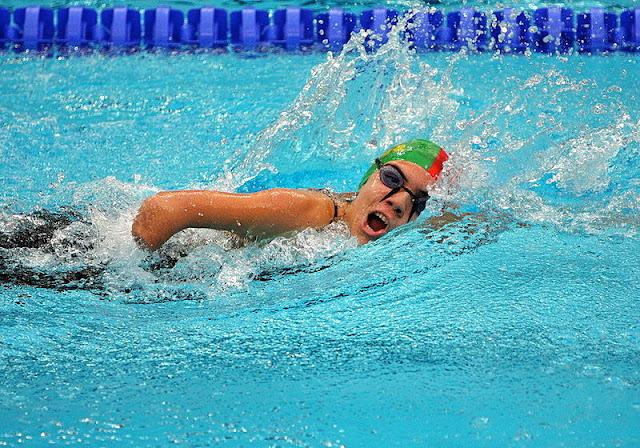 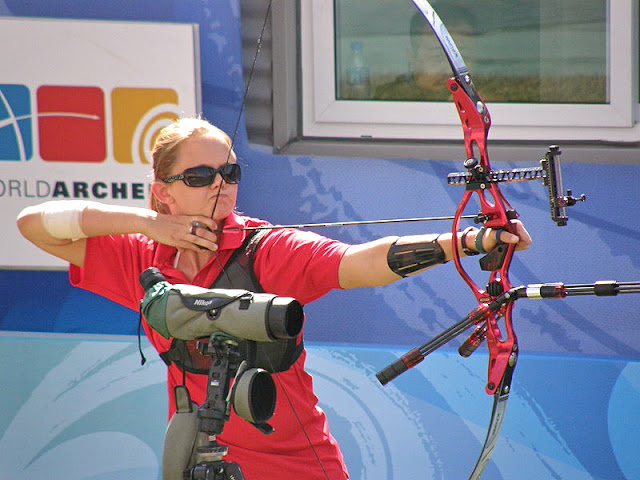 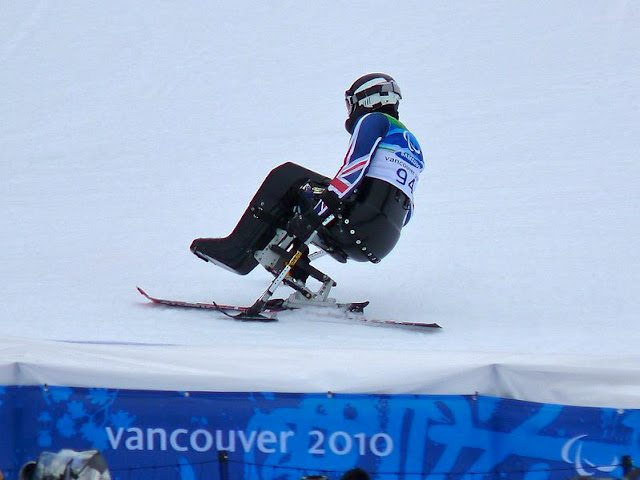 Many of you will be aware that here in the UK our letterboxes and telephone boxes are traditionally red.
However, following the London Olympics a funny thing has been happening to some of the boxes. 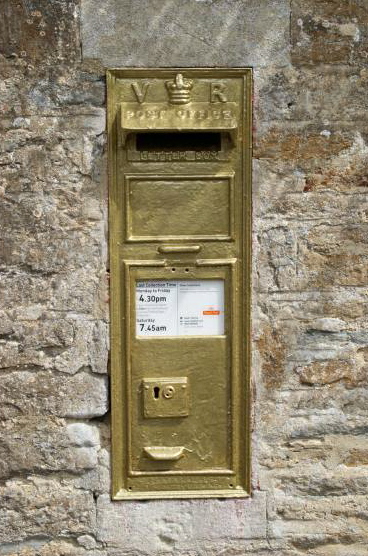 This is a tribute gold letterbox, representing the fact that we have a gold Olympian living in our midst. Our man with the golden medal is rower Peter Reed, who has two gold medals, one from London and one from Beijing - congratulations to Peter.
all images and some information from wikipedia, British Paralympic Association, & BBC documentary
Posted by Rosemary at 09:20