Valley with a Past 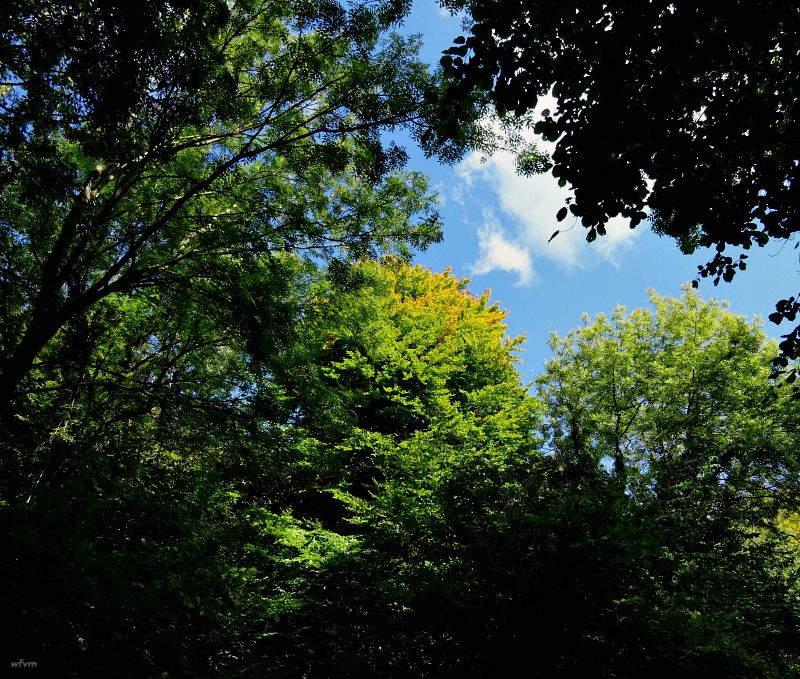 It was a magical late summers day, gliders soared high overhead, the tree canopy was just beginning to show its first flush of autumn gold. A perfect day to wander in the dappled sunlight, breathe in the sweet air, and enjoy. 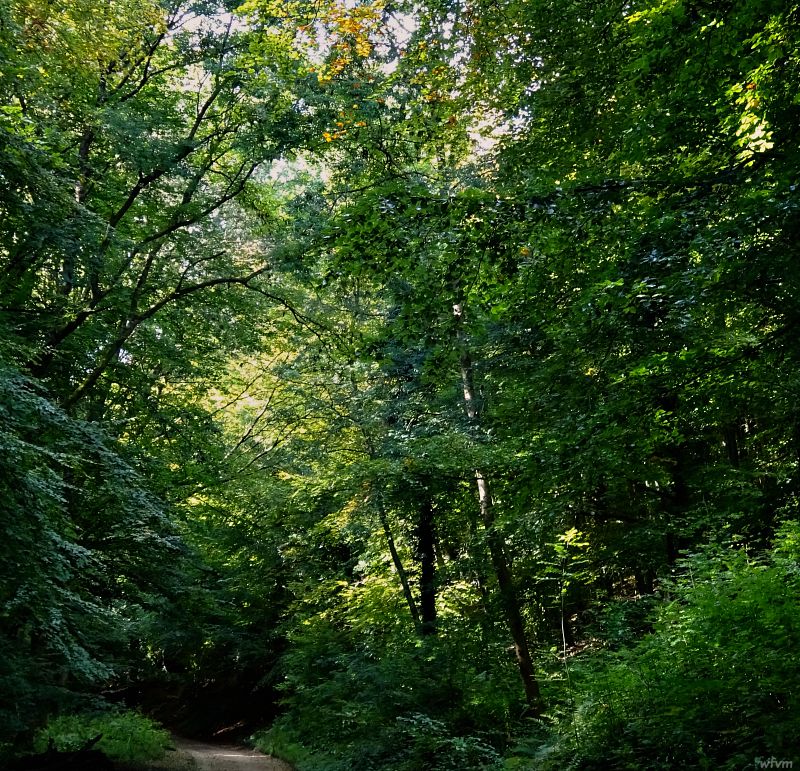 Setting off down the track, picnic to hand, into a spot just visible from our own hilltop eerie 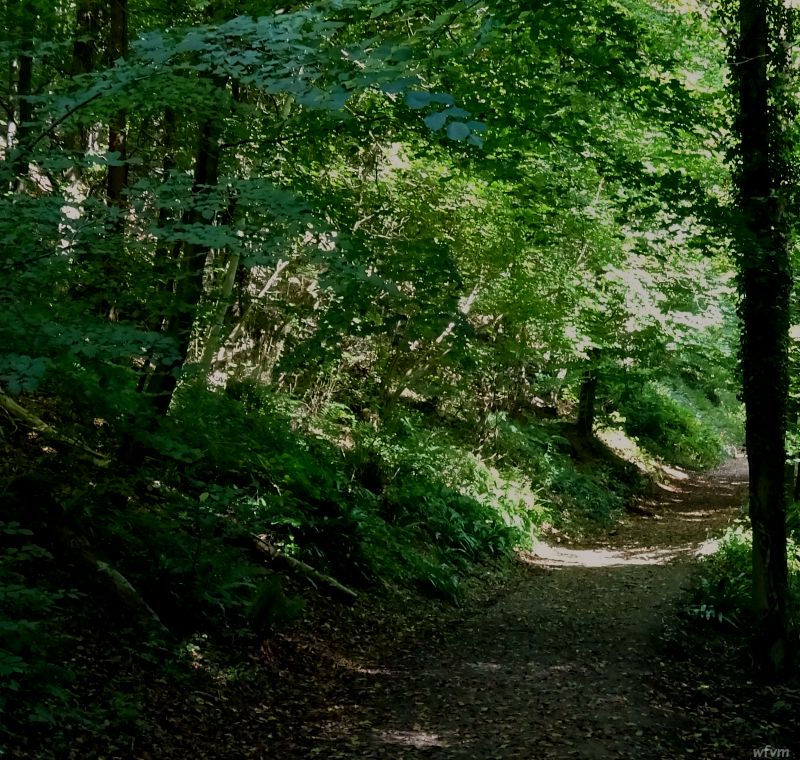 A valley which was settled thousands of years ago. Neolithic flint-knappings, and a late Bronze Age storage pit used to keep foodstuffs safe and cool have been found. Evidence also of Bronze Age roundhouses, and later during the Roman period it was occupied by a provincial governor, thought to be General Vespasian, who built himself a large villa. The villa had one of the finest mosaics ever discovered north of the Alps - the Orpheus Pavement found and excavated by Samuel Lysons in 1793. 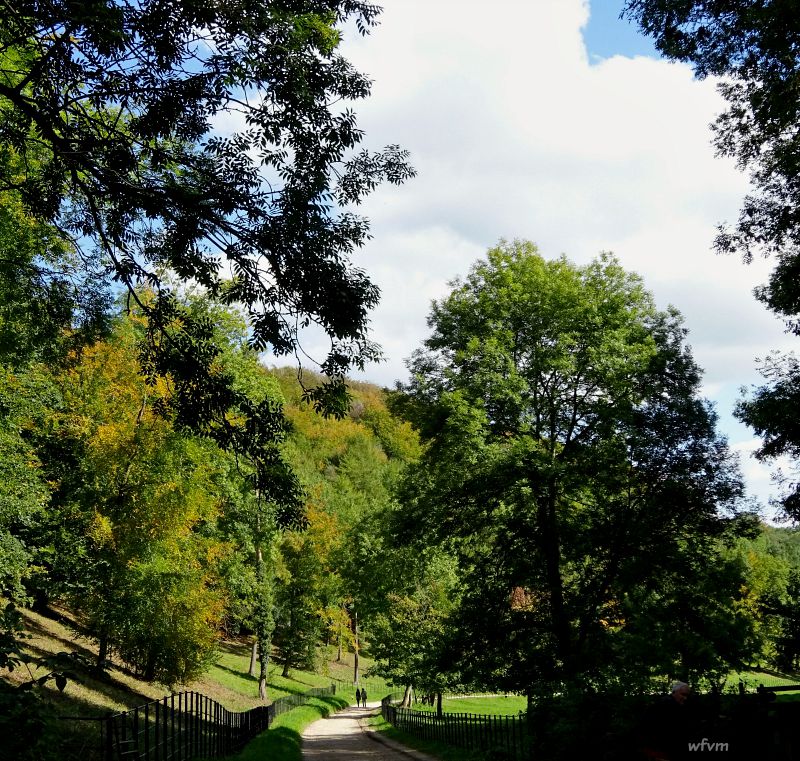 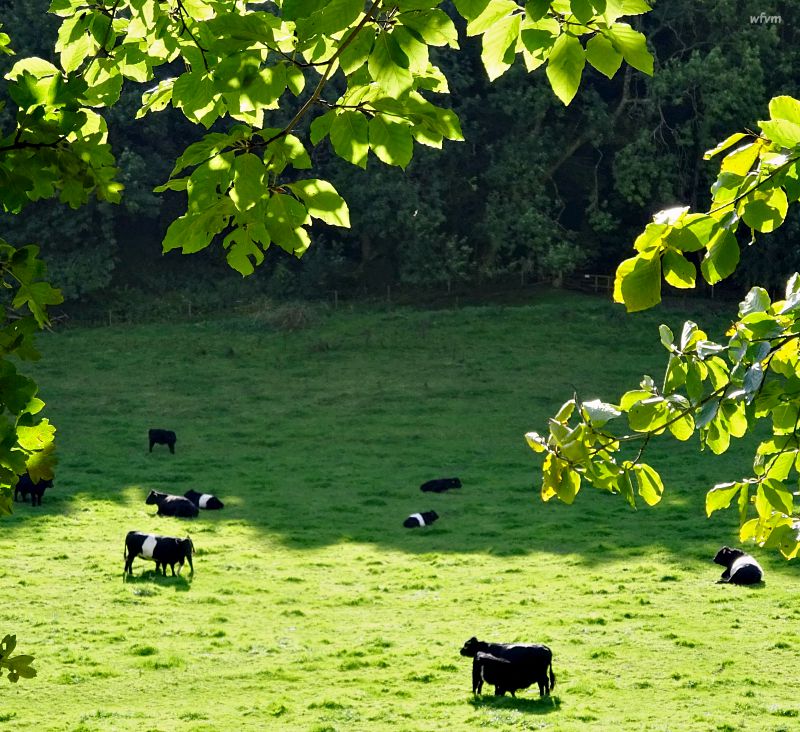 The peace and quiet occasionally broken

by lowing cattle, bleating sheep, and the plaintive mew from a Buzzard in the treetops 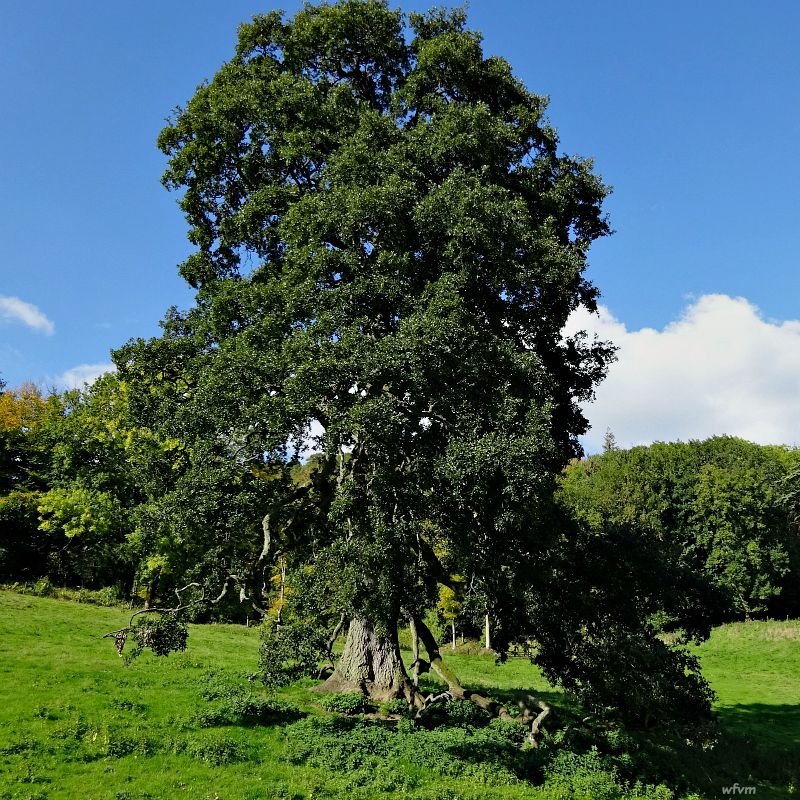 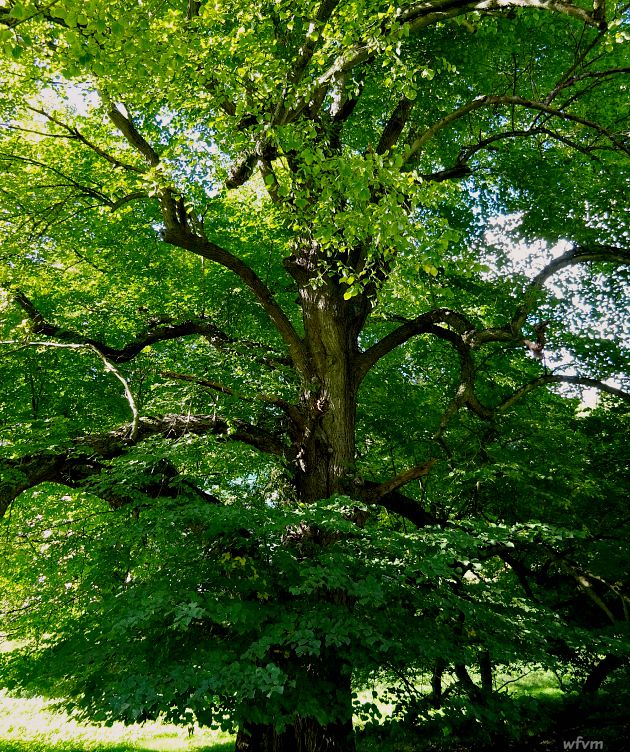 Hidden at the end of this valley lies an enigma 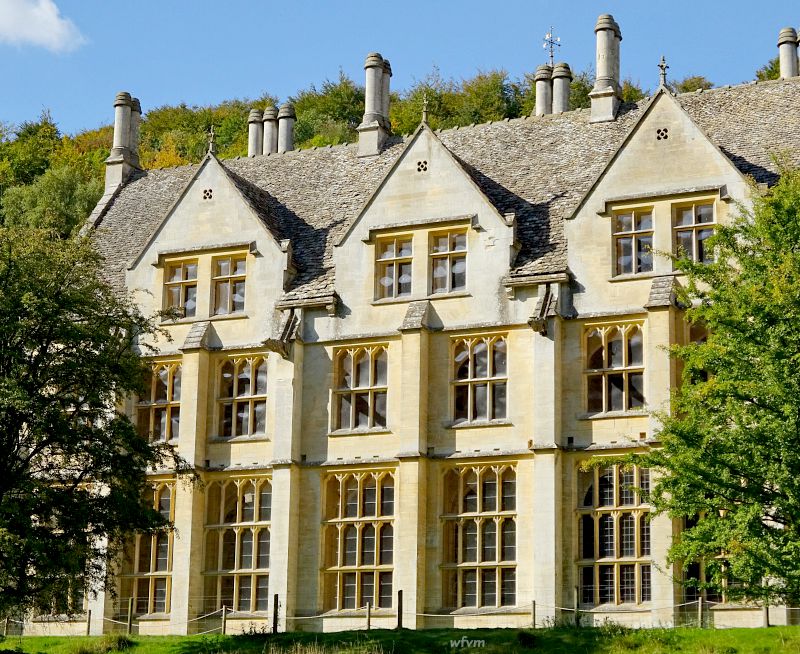 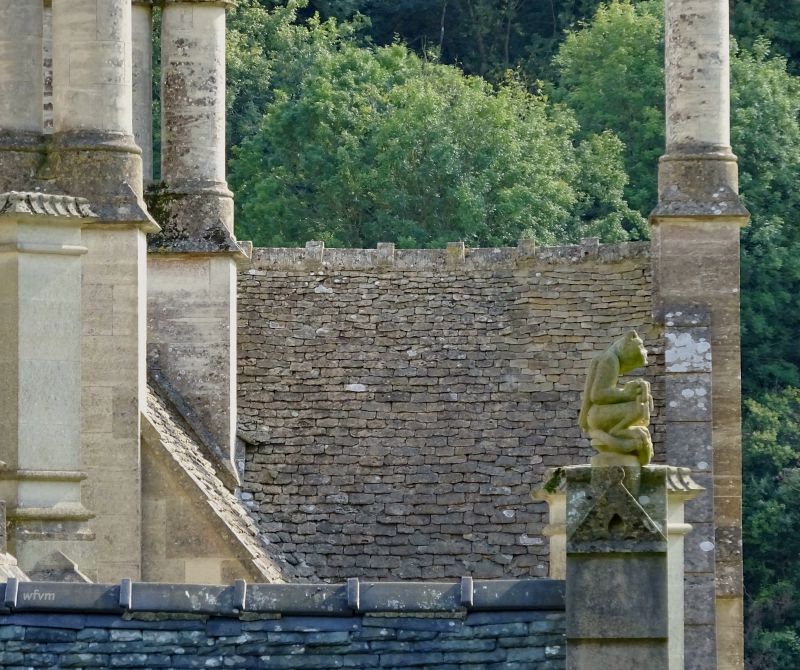 In 1846 William Leigh asked the pre-eminent Victorian architect A.W.N. Pugin to survey an existing property in the valley, presumably with a view to his improving the house for William and his family. However, Pugin condemned the existing building saying "...a more hopeless case of repairs I never saw." He recommended starting anew and sent Leigh an estimate of £7118 and a design for a new house.  Progress on the mansion was slow as often the workforce was withdrawn to do other work on the estate and funding was piecemeal. William Leigh was a perfectionist who actively supervised all the work. His personality may well have contributed to the slow pace and his religious fervour had a significant impact on the style of the house. His health declined and the mansion remained unfinished on Leigh's death. 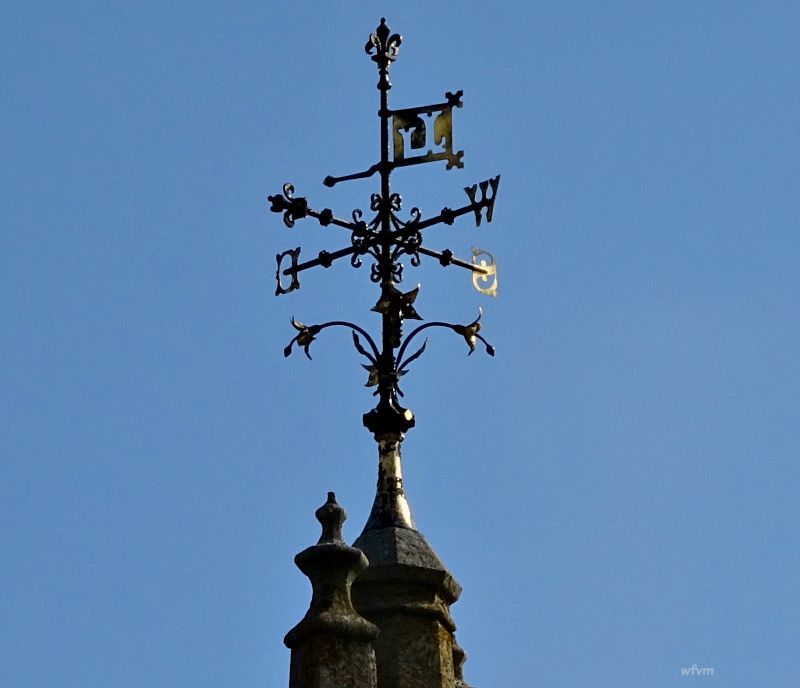 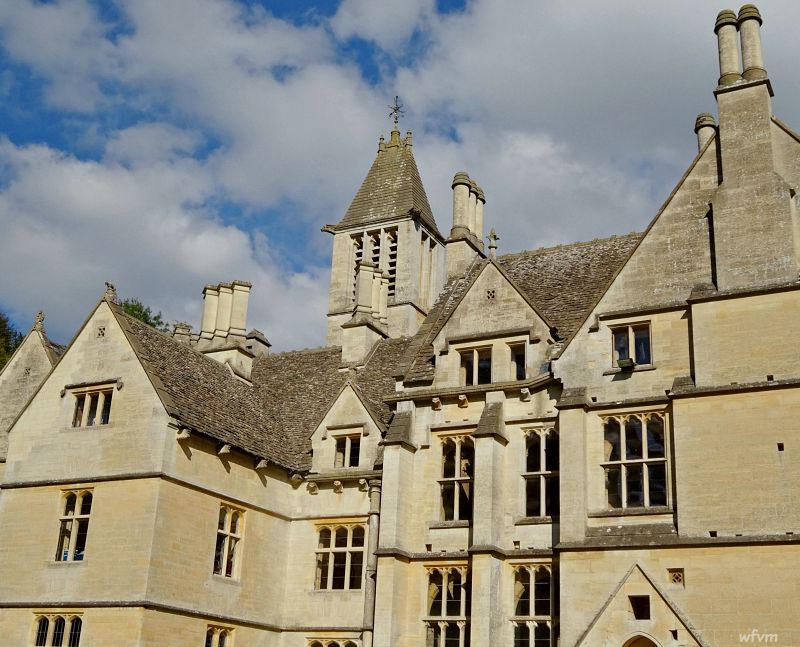 Today the unfinished mansion is held by a Trust who are slowly rescuing the property from potentially catastrophic decay. The Trust is a pioneer to the Living Classroom model of heritage skills training, becoming the first site in the UK to provide hands-on training to student stonemasons vital for the survival and heritage of our limestone buildings. 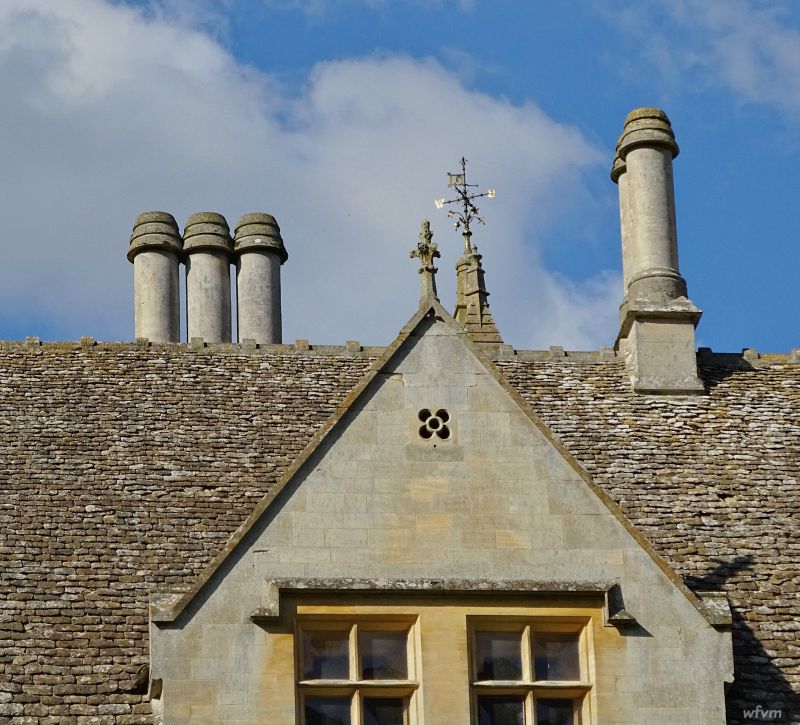 It's a good recipe 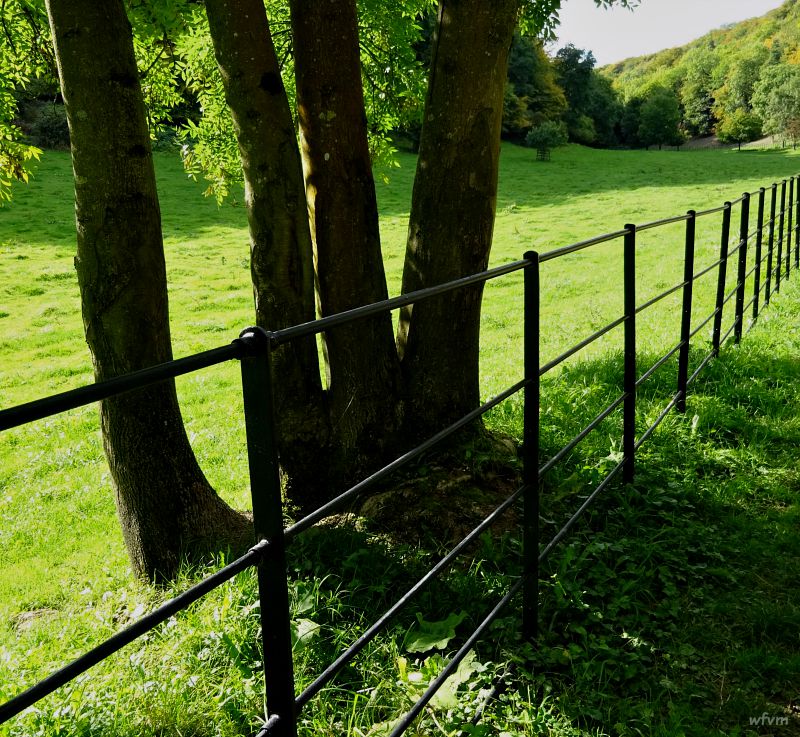 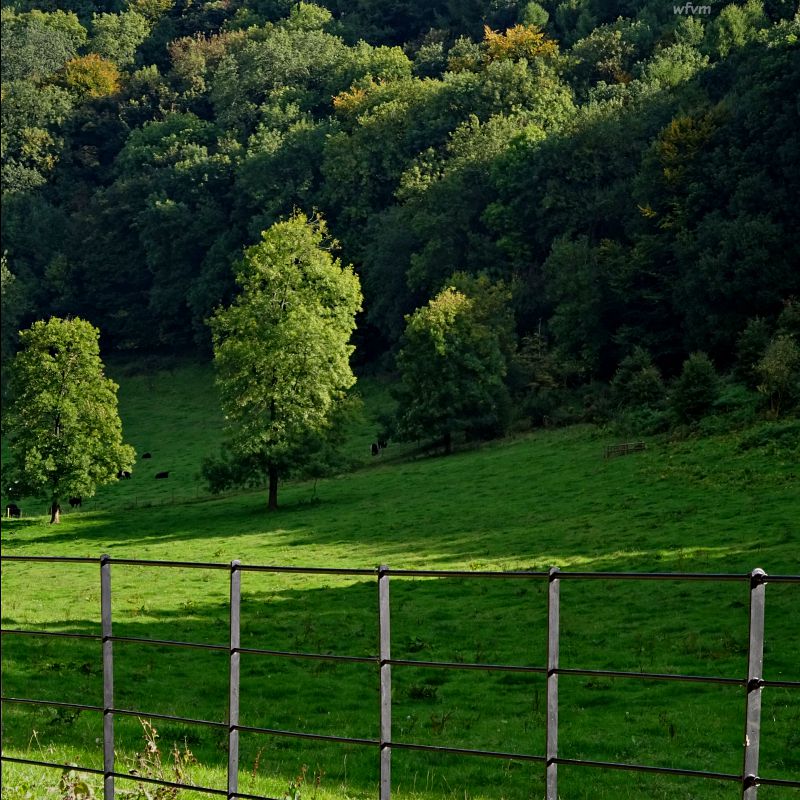 and the building is gradually rescued from decay 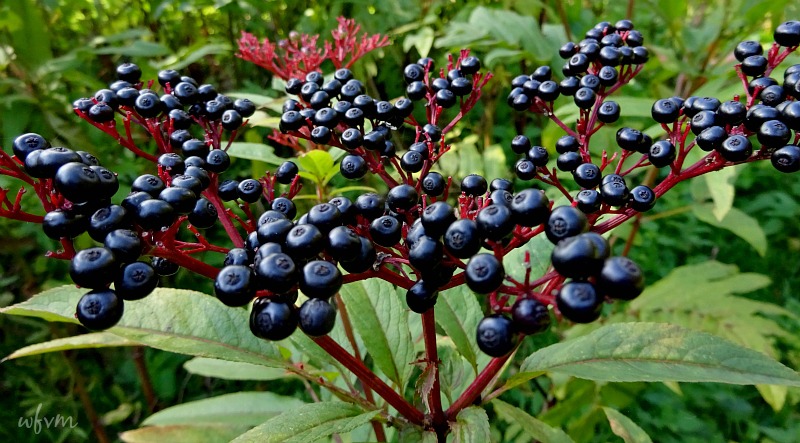