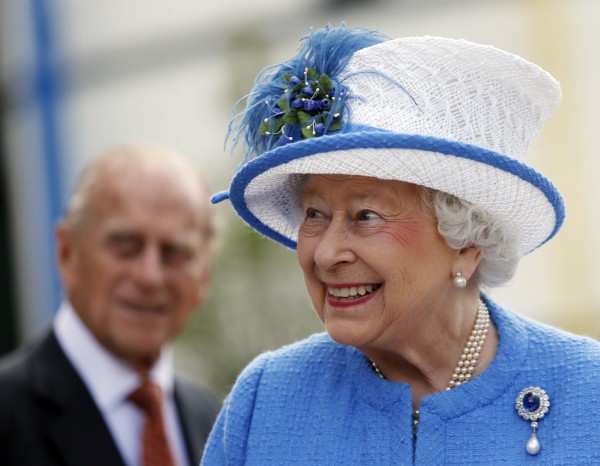 via
Today our Queen becomes Britain's longest reigning  monarch - she has now eclipsed her great-great-grandmother Queen Victoria. The following post has been languishing in my 'drafts' and today seemed an opportune moment to finally show it
♦♦♦♦♦♦
"It is impossible to imagine a prettier spot" said Queen Victoria of her palatial holiday home, Osborne House. 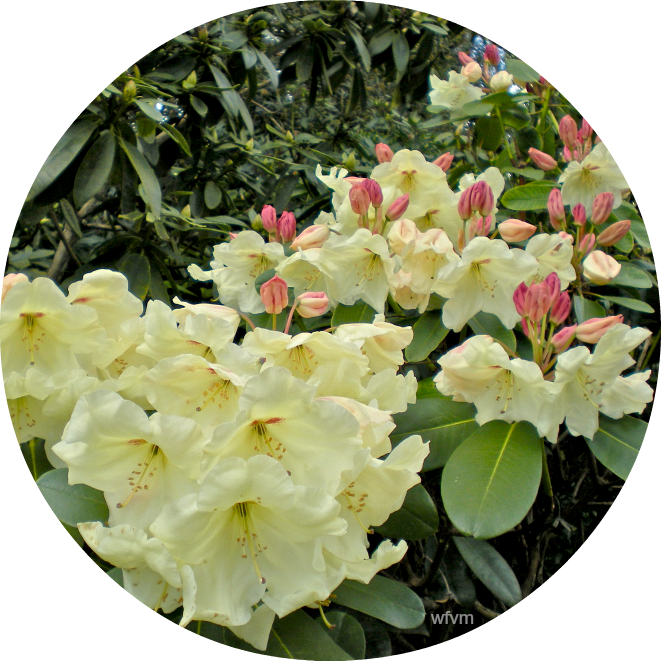 Osborne House, built between 1845 - 1851 was the summer retreat of Queen Victoria and Prince Albert. A place where they could relax away from London, and spend time with their 9 children. Prince Albert designed the house himself in the style of an Italian Renaissance palazzo. 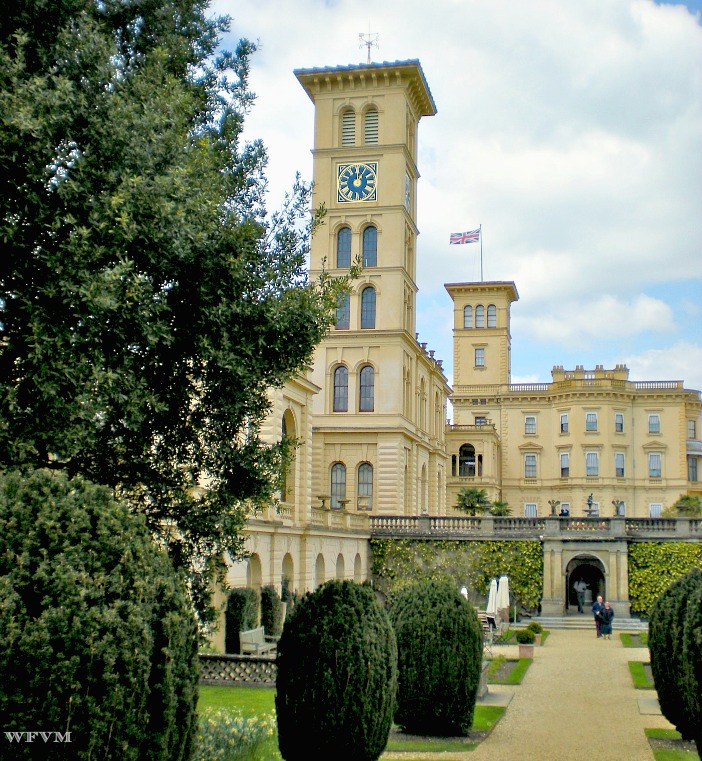 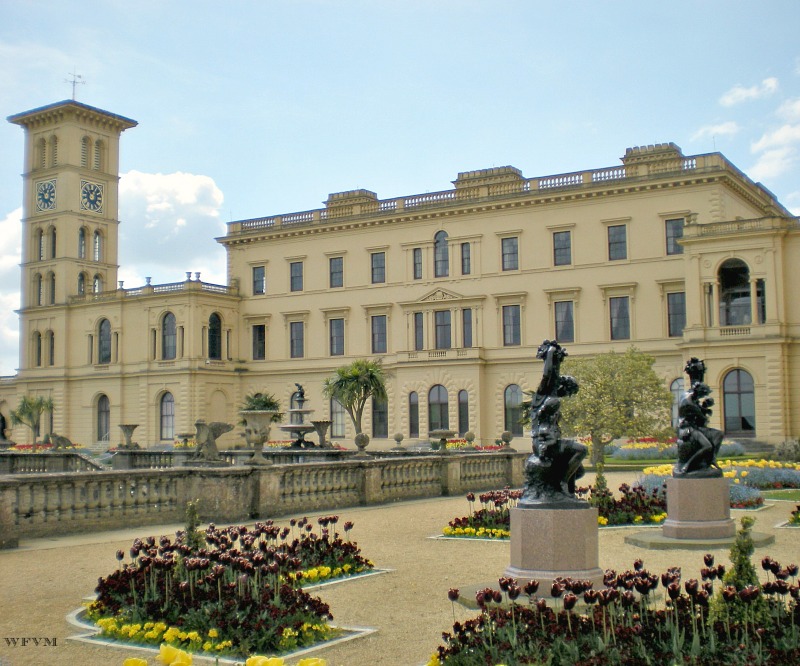 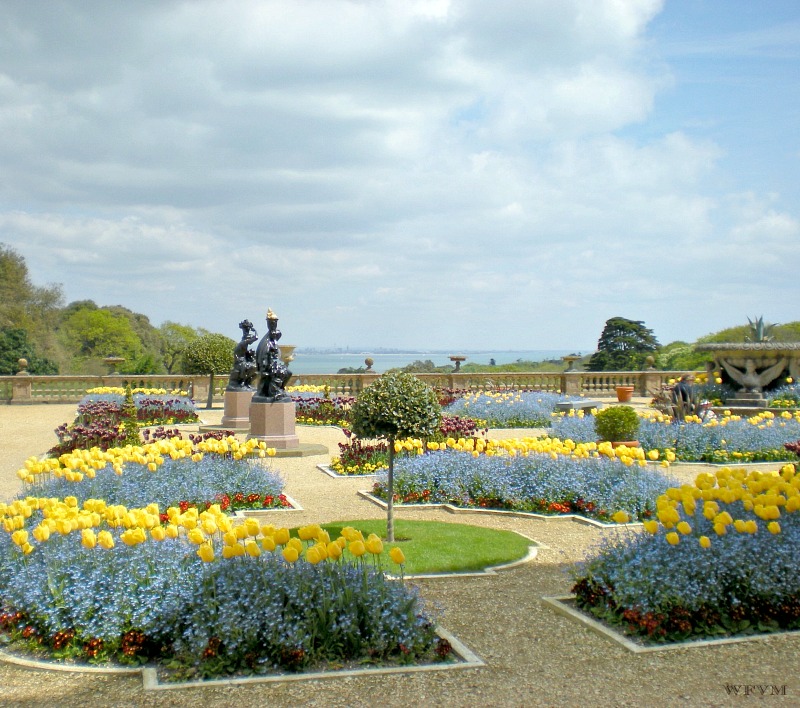 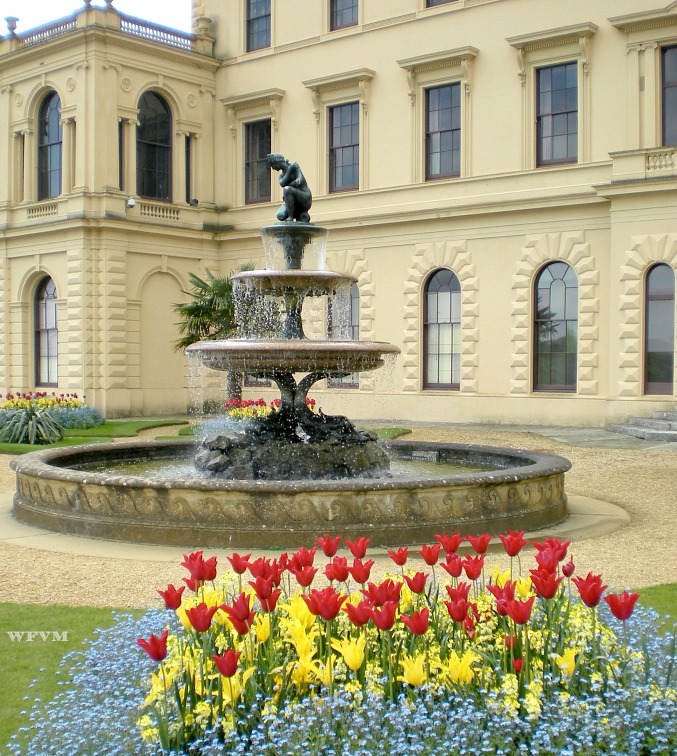 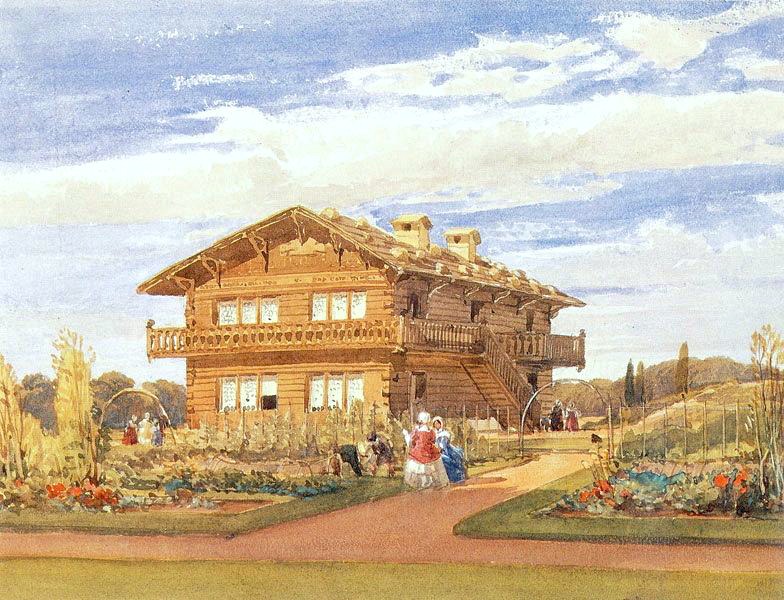 via
Swiss Cottage - W.L. Leitch - 1855
Known as Swiss Cottage, its aim was to provide the royal children with the experience of being 'ordinary citizens'. In the cottage garden Albert laid out rectangular beds for his children to grow their own fruit, vegetables and flowers. They wore smocks and clogs, and sold the produce to their father at the market rate. It was cooked in the kitchen at the big house and brought to the table for their family meals. 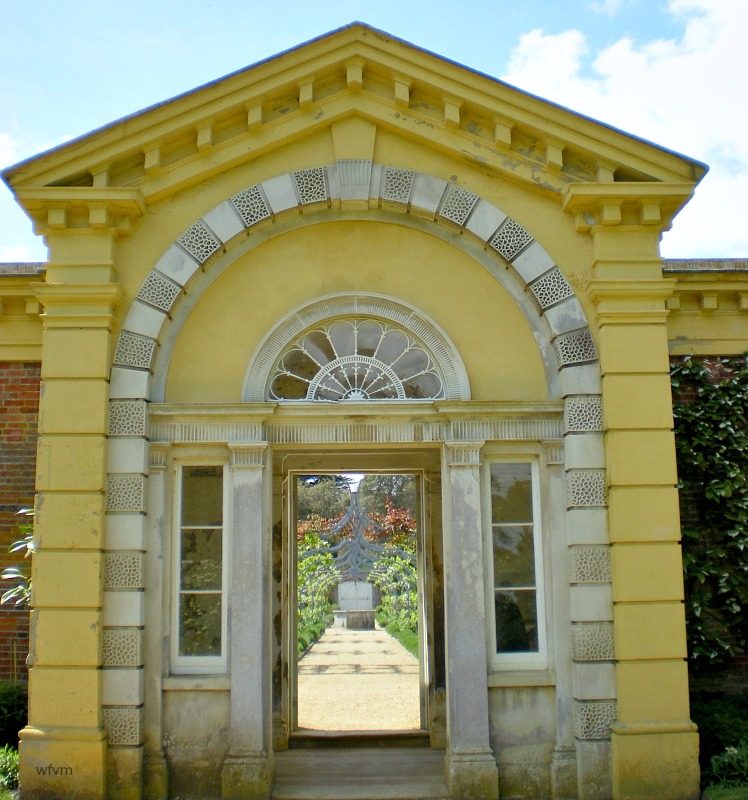 Entrance to the Walled Garden
The Walled Garden is unusual because it dates from the time of the original 18th century mansion which stood in the grounds. When Queen Victoria bought the property it was described in the particulars of the sale as being 'fully cropped and stocked with choice standard and other trees'. Once the new house was built, Prince Albert considerably embellished the garden by making the walls higher and adding ornamental decorative stonework. The portico above, from the demolished mansion, was incorporated into a handsome new entrance. 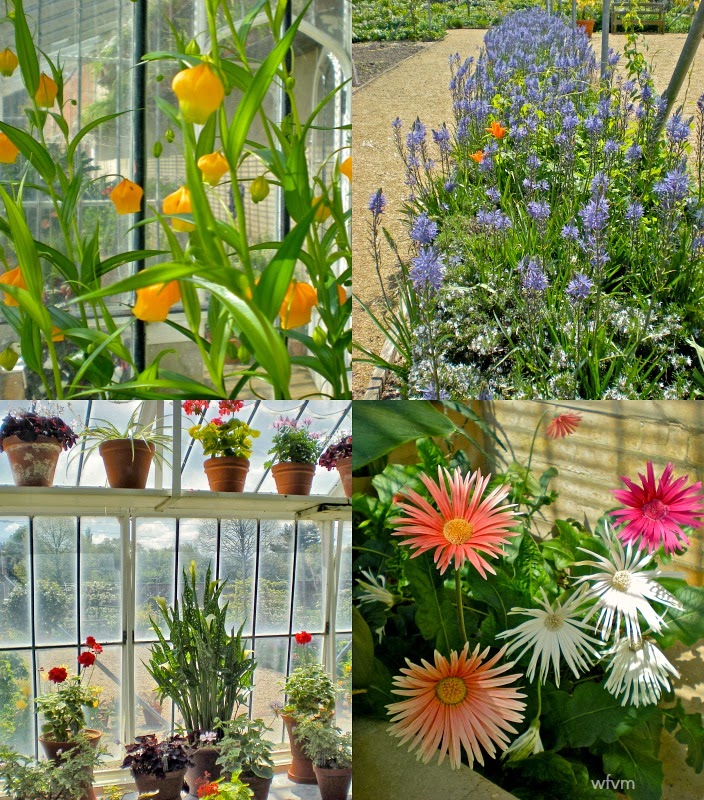 Inside the Walled Garden 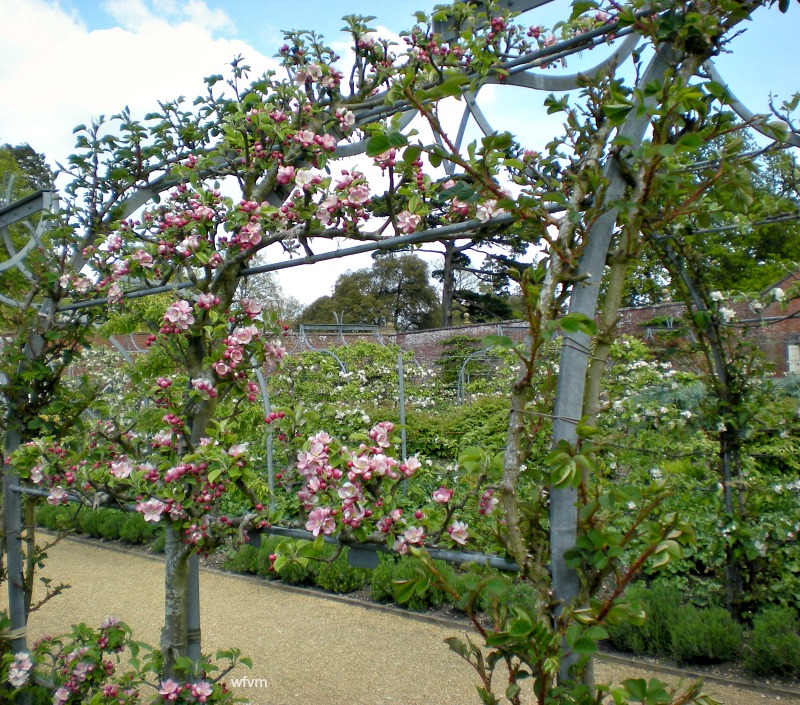 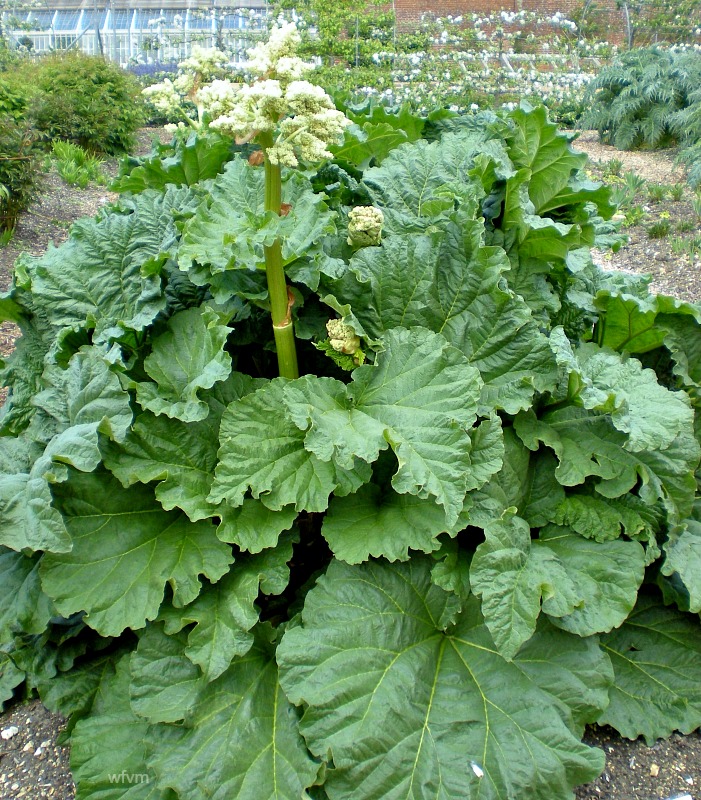 This magnificent rhubarb is called 'Victoria' 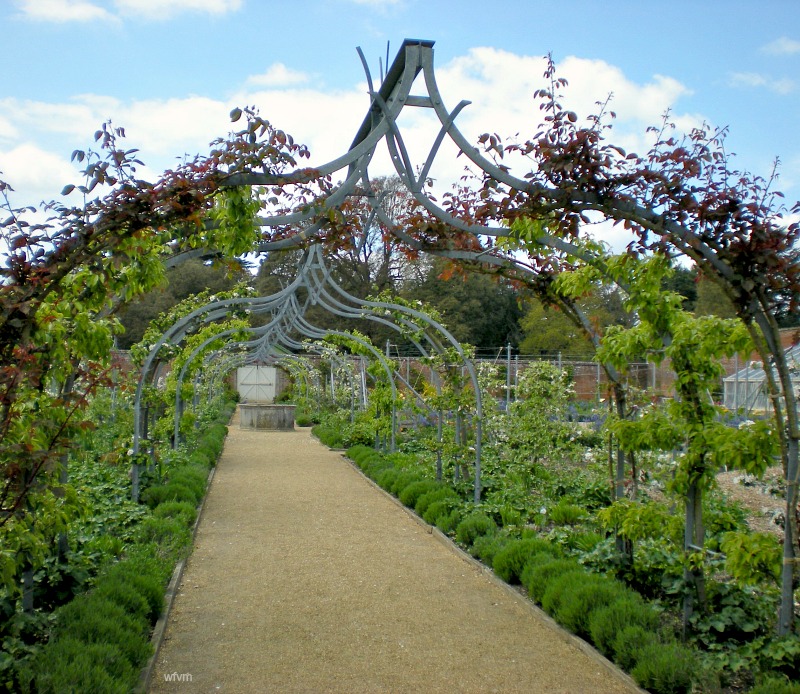 The Royal family stayed at Osborne for lengthy periods each year: in the spring for Victoria's birthday; in July and August when they celebrated Albert's birthday; and just before Christmas. However, Victoria's and Albert's domestic idyll at Osborne House was not to continue. In December 1861, Prince Albert died aged just 42 years at Windsor Castle. During her widowhood, Osborne House continued as one of Queen Victoria's favourite homes, but she was bereft without her Albert.

Queen Victoria with John Brown at Osborne House in 1870 - Print after Sir Edwin Landseer
Posted by Rosemary at 09:23