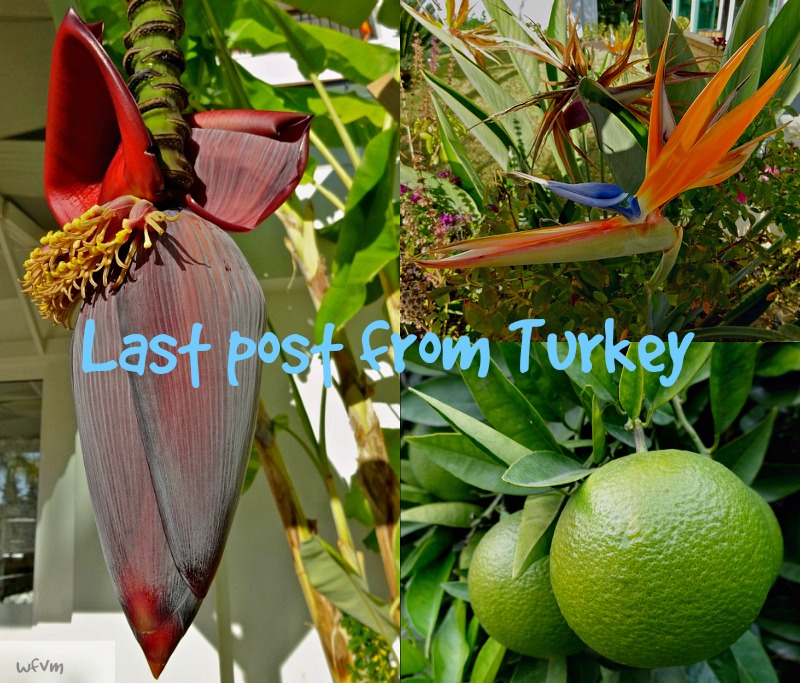 Laodicea, in Asia Minor, was the seventh and final church to receive a letter from the Apostle John. At that time the Christian community in Laodicea was considered to be 'rather luke warm' and this was reflected in the message received 'Behold I stand at the door and knock'. I am reminded that when my granddaughter was at Oxford University, her college, Keble, owns a painting done by Pre-raphaelite artist, William Holman Hunt - The Light of the World. This painting is based on that message sent to Laodicea in Revelations 3:20

William Holman Hunt - The Light of the World
Excavation work at Laodicea began about 10 years ago, and it is anticipated that when completed its importance and interest could equal that of  Ephesus.
Being a significant Christian center there was great excitement when archaeologists discovered a church structure built during the reign of Constantine (306-337) using ground penetrating radar. The church is in the process of being unearthed and the cross shaped marble baptistery appears to be one of the oldest and best preserved ever discovered. 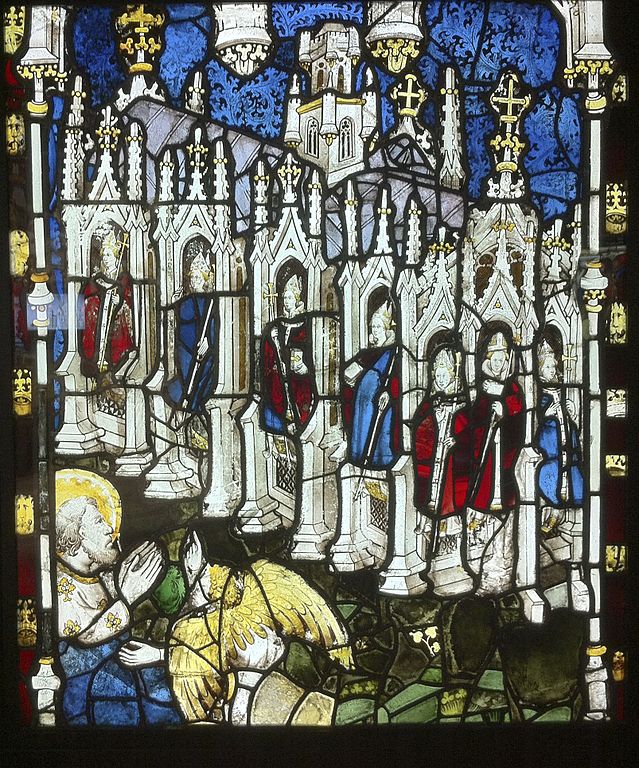 via
Stained glass window painted by C15th glazier and painter - John Thornton
The Seven Churches mentioned in the Book of  Revelations are shown in this medieval East Window at York Minster - St. John in the lefthand corner is being instructed by an angel to write to the seven about his vision. The seven churches were in Ephesus, Smyrna, Pergamon, Thyatira, Sardis, Philadelphia, the seventh and final one being Laodicea 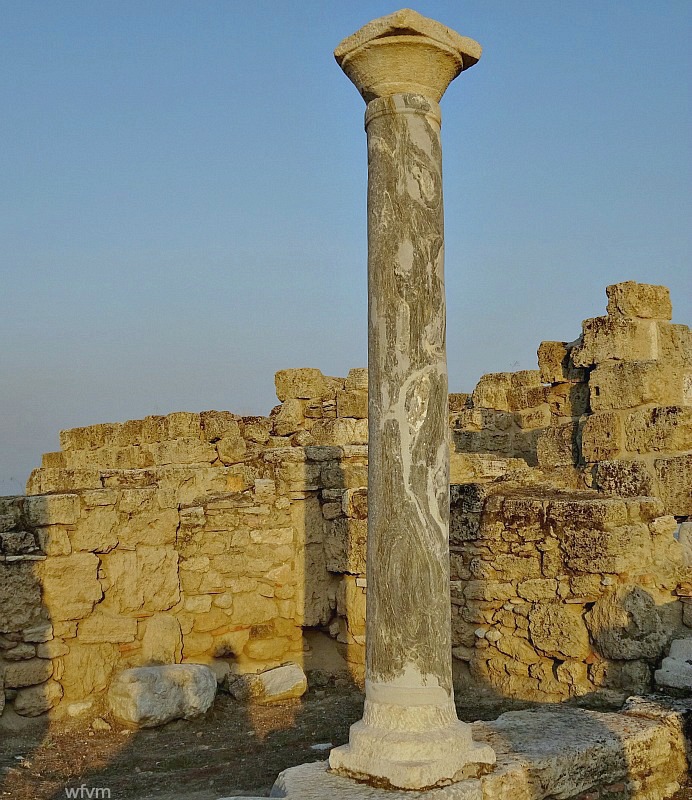 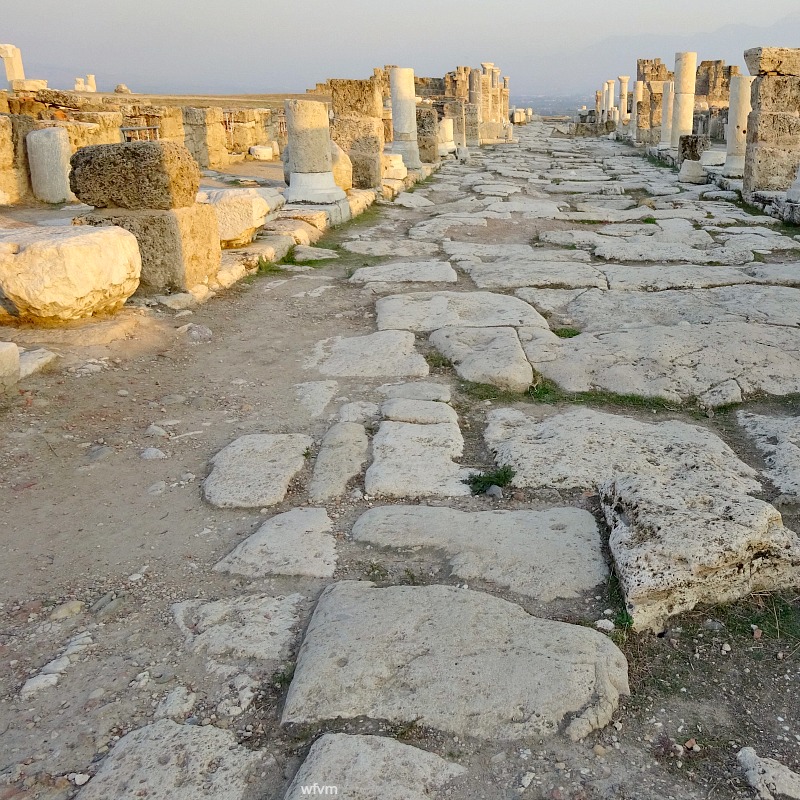 The city was laid out on a grid system, and rather topically this is 'Syria Street' 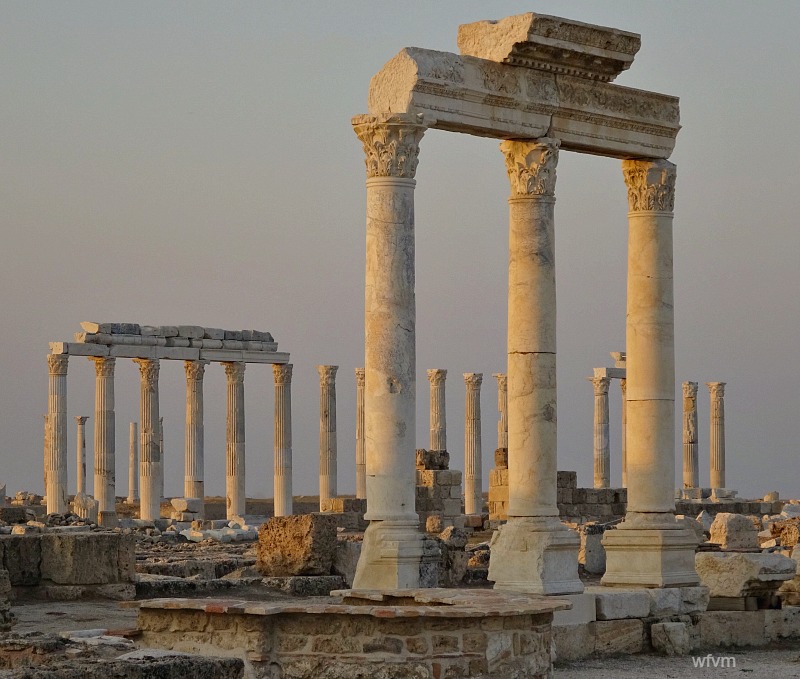 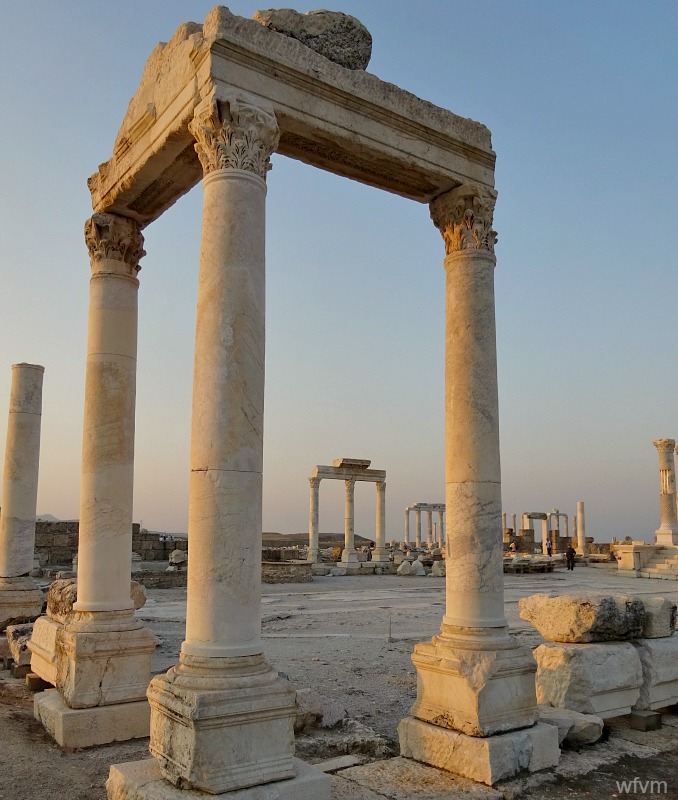 Eventually the great temple that stood here - a Prostyle Temple of Corinthian order surrounded with porticoes, will be rebuilt 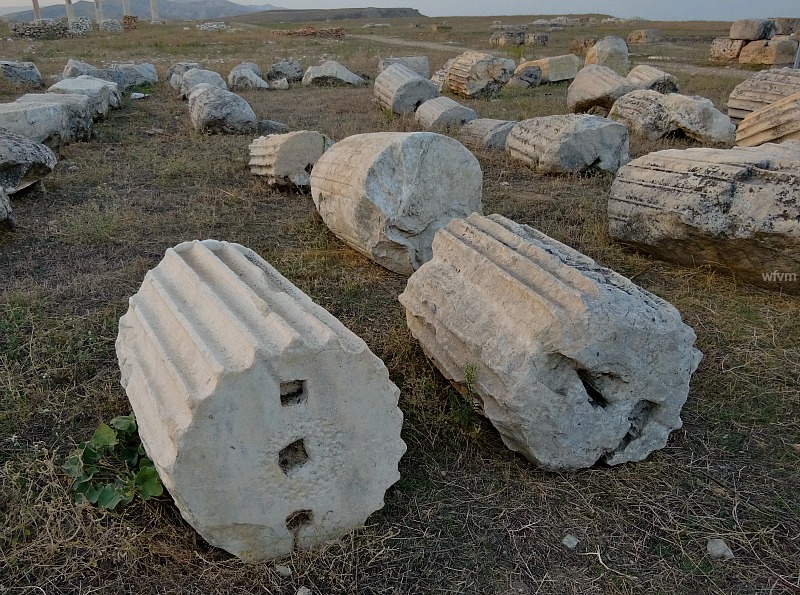 The excavated remains lie scattered across the site, all are numbered and logged - I imagine that it will take years to both reassemble and reinstate the missing parts 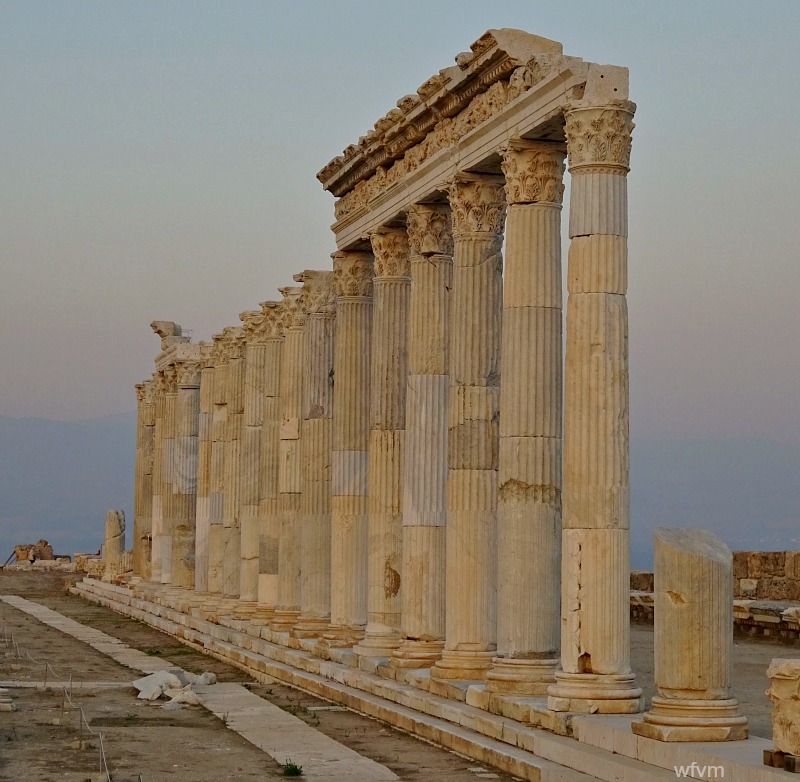 These pillars are in the process of being reassembled with inserts of new marble. The new marble is a different colour which has been done purposefully in order to show an honest reconstruction 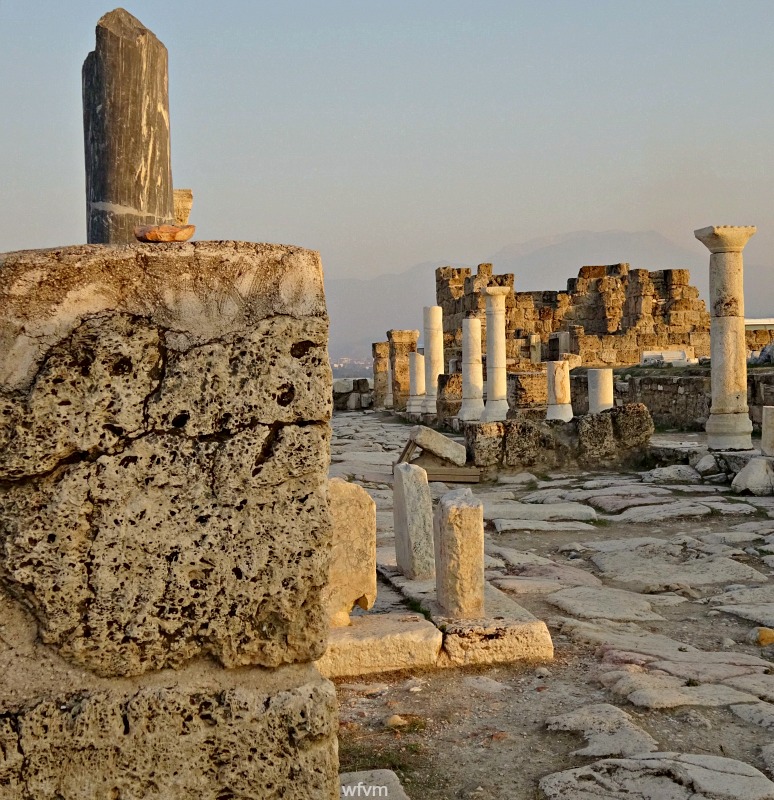 So far over 3,000 ancient artifacts have been excavated in the city, amongst them the sculptured heads of Augustus, Dionysus, Aphrodite, and Zeus 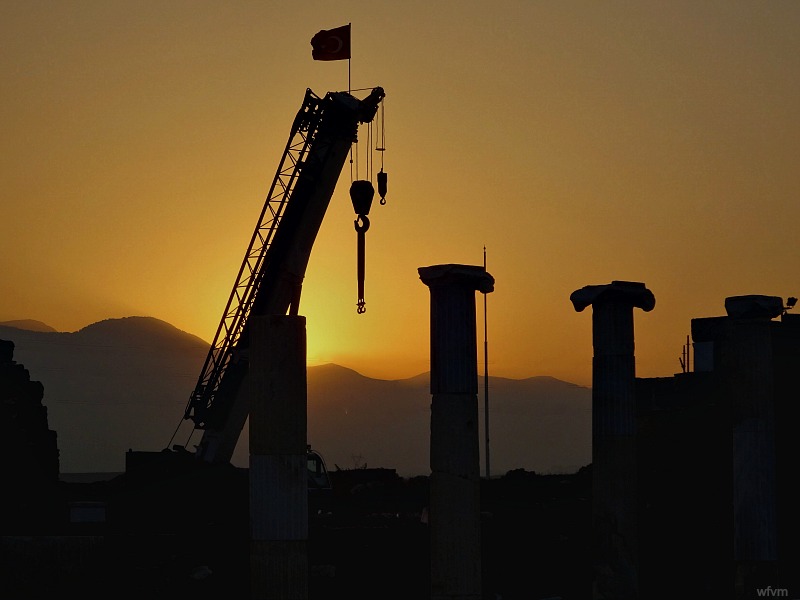 As we left the site in fading light one of the cranes was still busily lifting pieces of stone ready for reassembly. In years to come a Museum will be built here, and filled with the many valuable sculptures and artifacts discovered todate. This raises the prospect of an exciting and fascinating archaelogical experience for visitors in the future .
Posted by Rosemary at 09:23