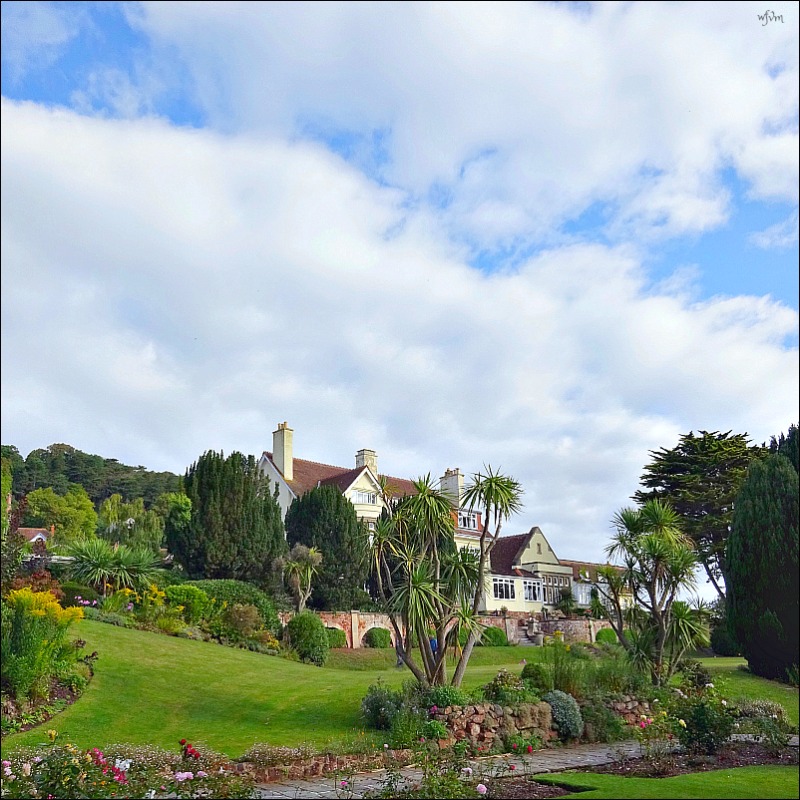 An Edwardian gentleman's home that is now an hotel arrived by email. It really appealed to us, so although I was unsure as to what Minehead itself would be like, the offer was accepted. I knew that there was a holiday camp in the area which admittedly coloured my imagination with thoughts of fruit machines, candy-floss, hotdogs, and funfairs. However, I was completely wrong. Minehead offers traditional seaside holidays, but it is also on the edge of Exmoor with its beautiful moorlands, spectacular scenery, and freely roaming ponies. 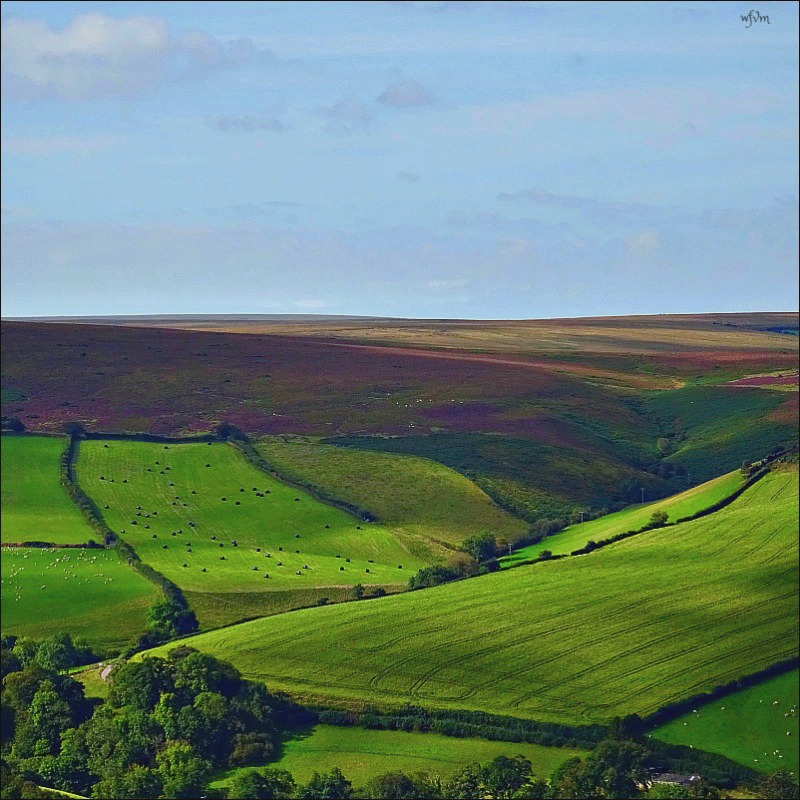 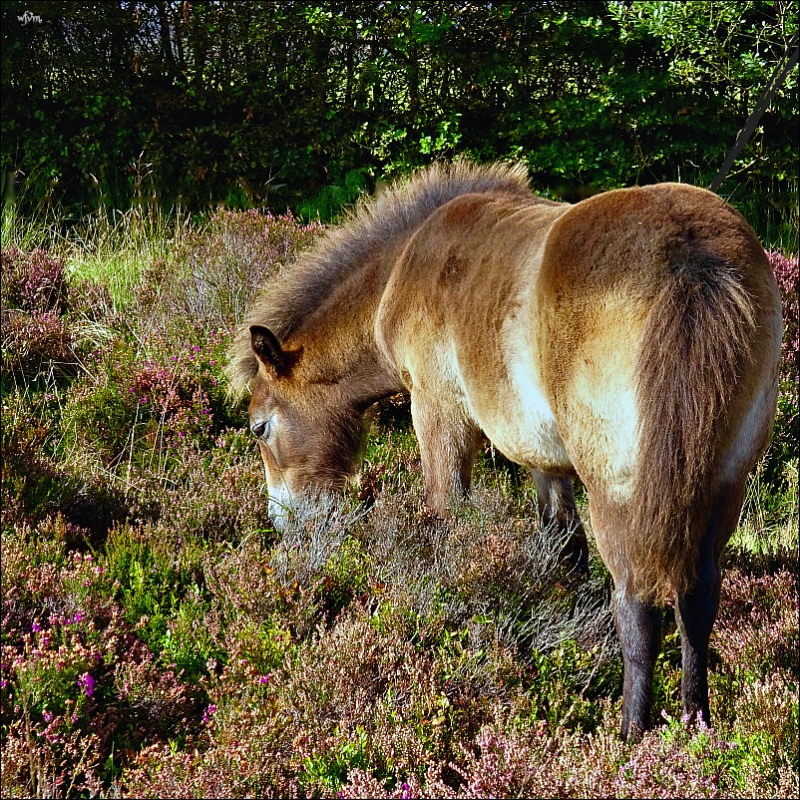 The principal station for the West Somerset Steam Railway is in Minehead which today still retains the longest steam rail system remaining in this country. In 1925 the Maharaja of Jodhpur visited Minehead following an invitation from the Luttrell family of
Dunster Castle.  Although they hosted several matches for him on their polo lawns, they hadn't realised that he would turn up with his entire 'crack' polo team together with 62 polo ponies. These all arrived on a train that had to be specially adapted in order to accommodate them. 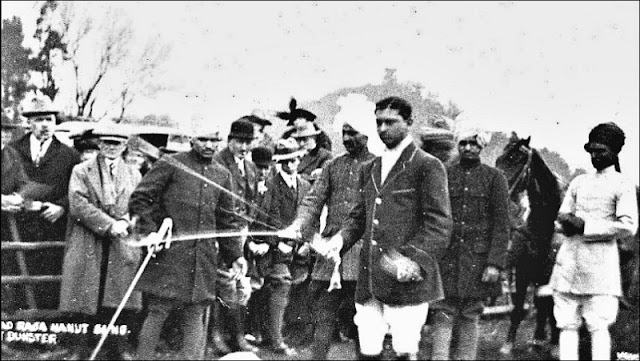 "Hey! What's going on down there"?
Along the main sea front, Old Minehead has lots of charm, with its quaint cottages and harbour. 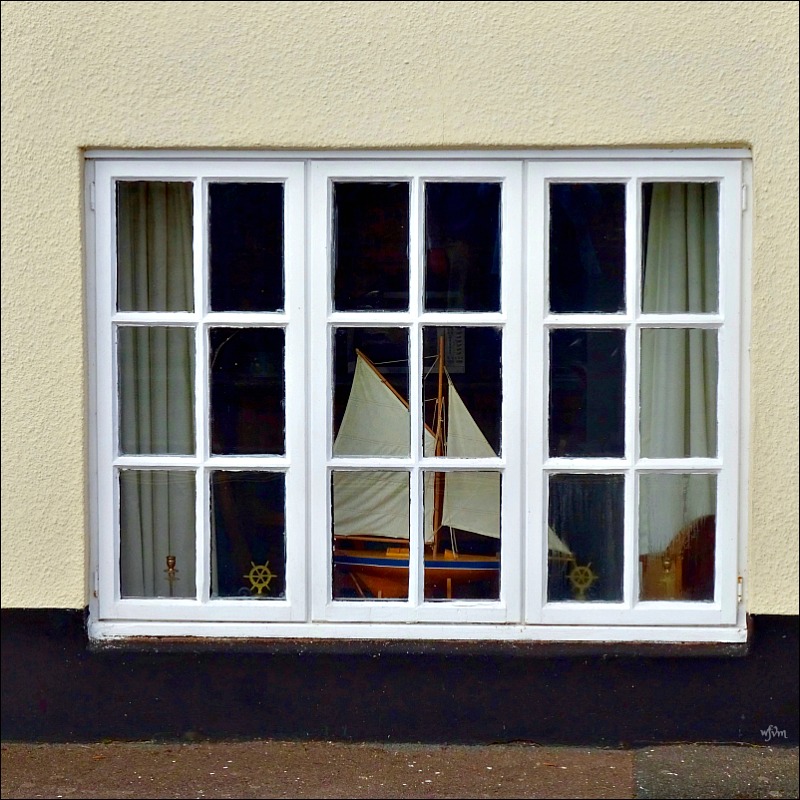 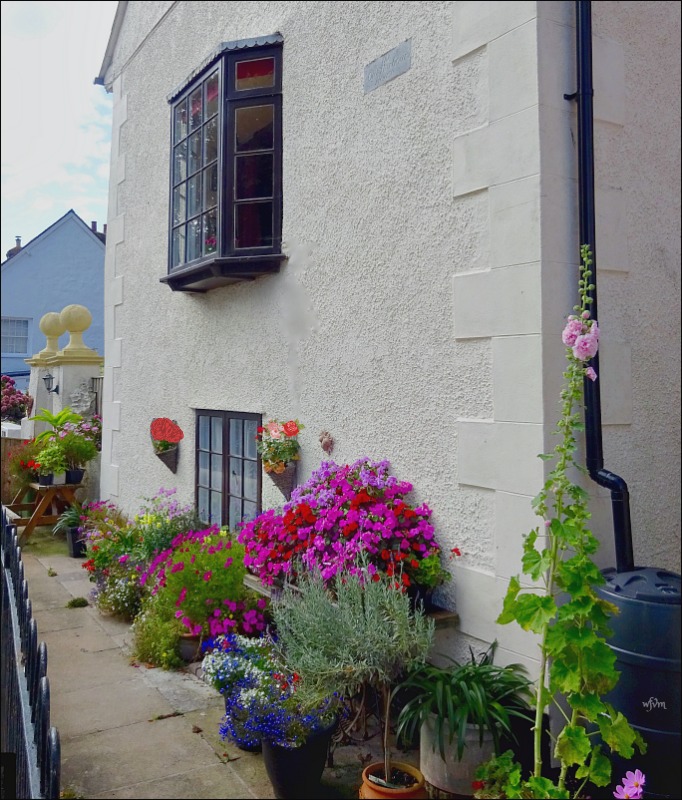 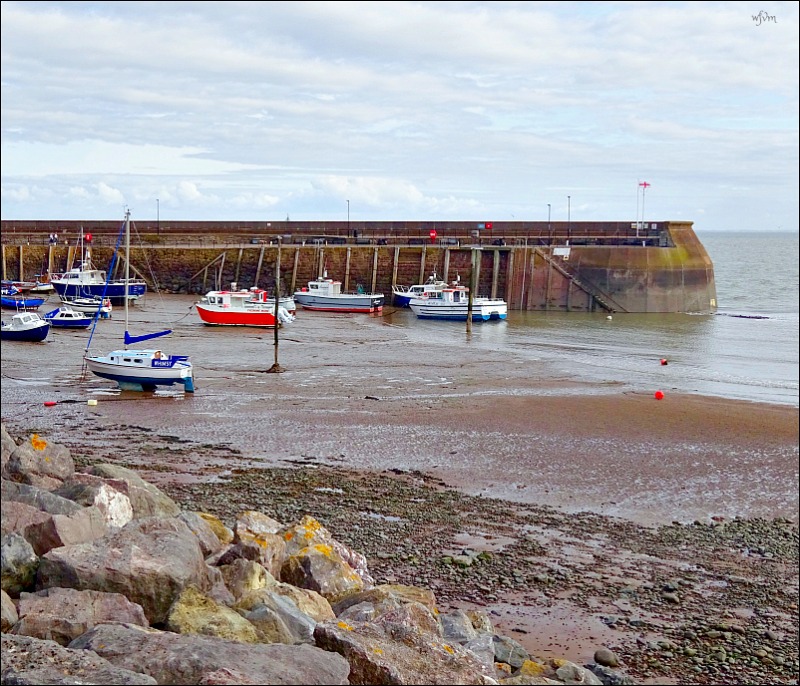 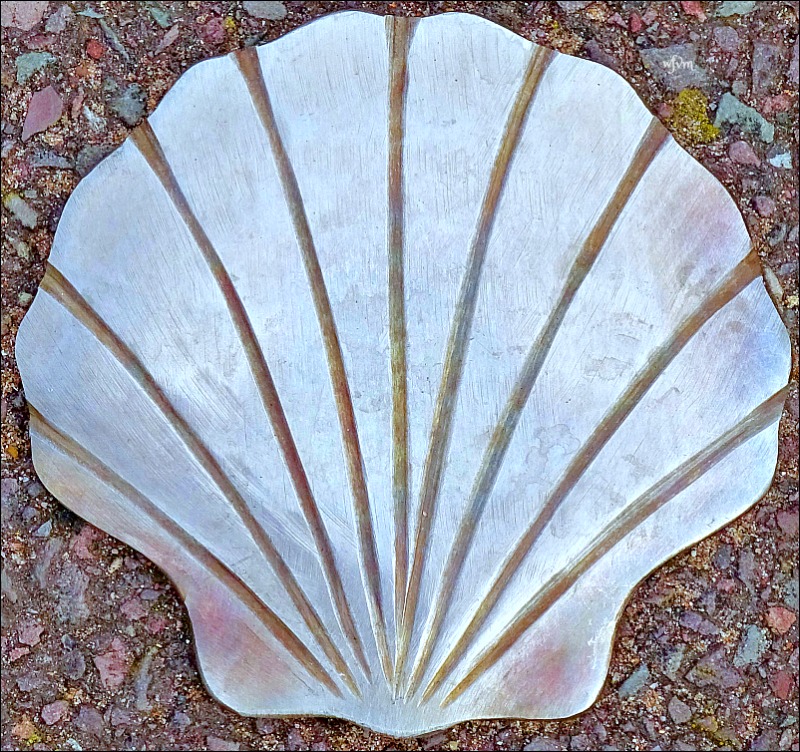 The South West Coastal Path starts at Minehead harbour, and these pavement shells are there to guide you on your travels. The path is 630 miles long, being the longest National Trail in this country, and if you walk it, you will eventually end up in Poole, Dorset. 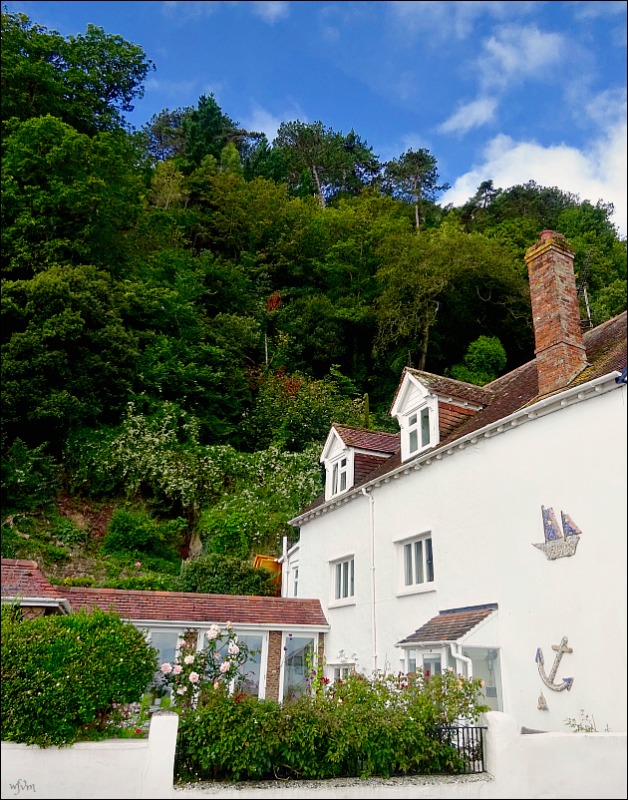 The cottages all nestle up against the heavily wooded steep cliffs. 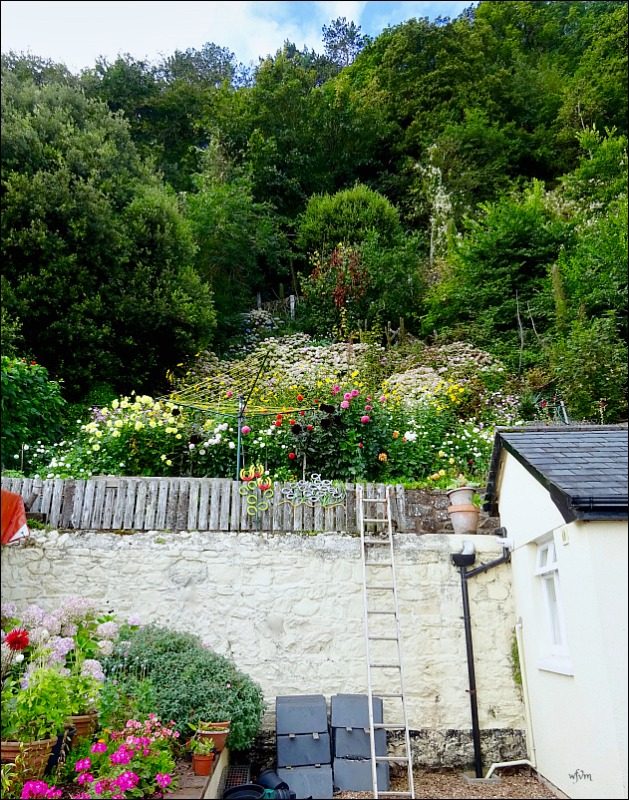 This one amused us, as it appears to need a ladder to gain access to the garden!
There are several little pathways leading up and across the cliffs which have some very large, but interesting Edwardian properties that are scattered amongst the trees. 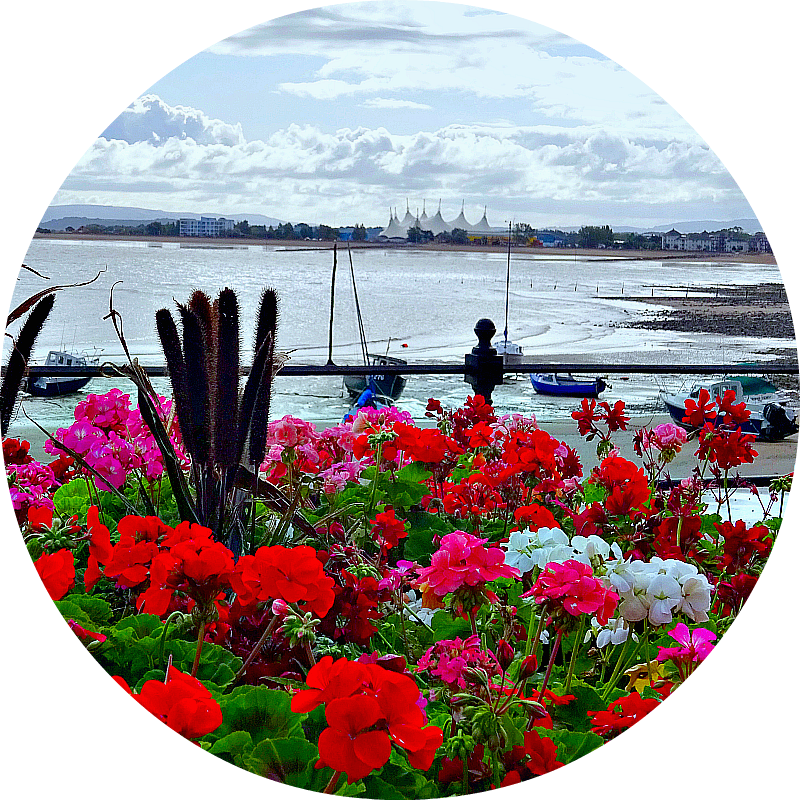 Before climbing back up the cliffs for our evening meal, the tented complex seen across the bay reveals the holiday camp, which actually appears to be quite an interesting structure.
Posted by Rosemary at 08:45