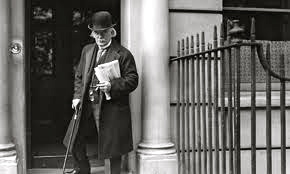 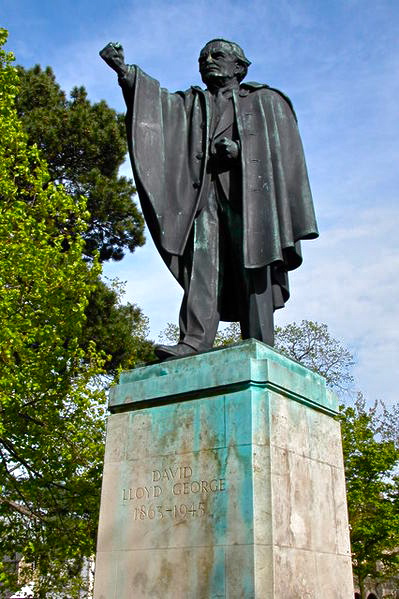 When H's mother was a teenager she worked for Lloyd George (LG) in his country house in Surrey. Many important people came to stay at the house, amongst them Mahjatma Ghandi. She was just a young country girl, not at all worldly wise, and had no idea of the significance of being in the presence of someone of his standing. In fact she dismissed him as - a strange little man who sat crossed legged in front of the roaring log fires wearing something akin to a nappy! 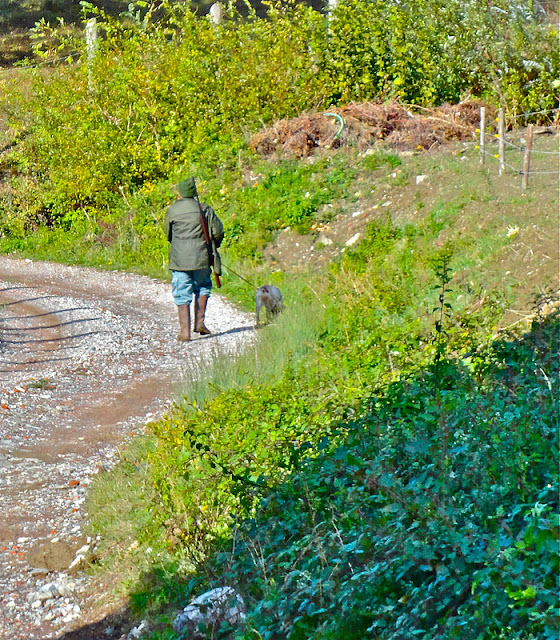 An Italian out shooting for the pot in much the same way as H's father did.
Posted by Rosemary at 08:49