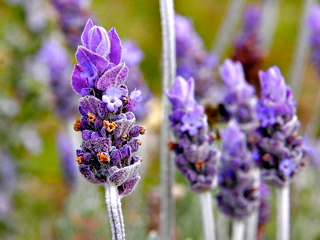 courtesy Flagstaffotos
The herb lavender is a joy to behold in the garden. However, in order to keep it looking delightful for years, it is important to give it a good trim when it has finished flowering, preferably in a nice dome or ball shape. Neglect to do this, and it will end up looking woody, unkempt, and not very appealing.
You may have noticed that with farmers diversifying into other activities, many are actually now growing fields of lavender. The reason for this is that lavender is useful in so many ways.
The Romans bought lavender to Britain. They recognised it for its healing and antiseptic qualities, for it usefulness in deterring insects and used it in washing.
Lavender was little used in the so called Dark Ages except by monks and nuns. Monasteries preserved the knowledge of herbal law in their physics gardens. The herb experienced a renaissance in Tudor England after Henry VIII dissolved the monasteries, and it was grown in domestic gardens. It was placed amongst linen, used to freshen the air, and mixed with beeswax to make furniture polish. It was planted close to the laundry room and clothing was laid over the plants to dry whilst absorbing the odour of lavender. Queen Elizabeth I loved lavender, and used it in tea to treat her migraines and as a perfume. Lavender began to be used in soap, potpourris, and water for washing and bathing. Hildegard of Bingen noted that oil of lavender was effective in the treatment of head lice and fleas.
Culpepper, the great English herbalist, wrote about lavender as being a cure all. Lavender sellers appeared on the streets during the  Great Plague of 1665, prices went sky high, when it was thought that it would protect against the terrible disease. Bundles were tied to the wrists to ward off the plague. 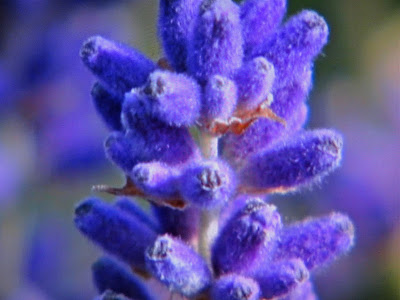 There were many superstitions surrounding lavender. Putting a bundle in a cap prevented a head cold, bundles tied above a doorway or poked into latch locks would prevent ghouls, witches, and spirits from entering the abode. Lavender under the pillow to induce sleep. Many of these persist today. I remember a physiotherapist suggested tying a bundle of lavender on the bed rail when H was ill.
It takes 5 large plants to distill a very small bottle of lavender oil.
Today it is used for a variety of purposes. In foods, beverages, cosmetics and various other products. It is also used medicinally by applying to the skin, or inhaled as aromatherapy, and it is still considered to promote relaxation. The dried flowers are used in ice cream, biscuits, scones and tea. 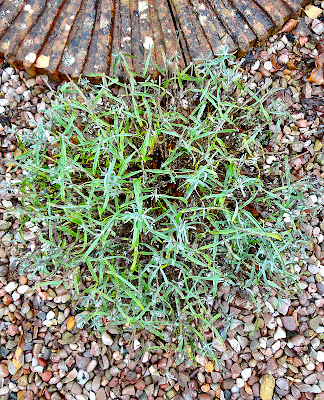 One of our lavender plants, clipped and shaped ready for next year

Indeed the small flowers of the herbal lavender have a remarkable potency.
Posted by Rosemary at 12:37