Signs, Symbols, and Meanings in Art (No.3) - The True Cross

Warning!  This Legend is a complex read. 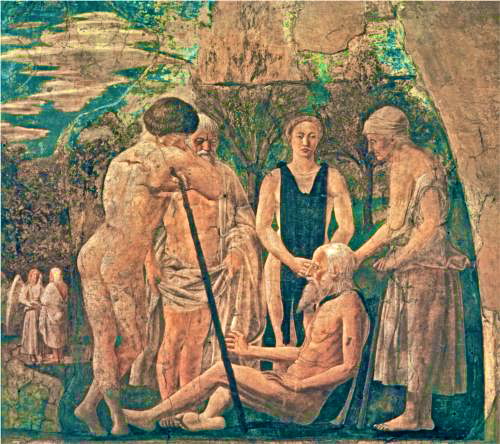 Piero Della Francesca's Death of Adam from the story of the True Cross fresco in the Basilica of San Francesco, Arezzo.
If you look at the left hand side of the fresco you can see Seth with the Archangel Michael.
This legend of the True Cross is not familiar to us today, but it was common knowledge to medieval man.
According to legend, when Adam grew old, his son, Seth, went to the gates of Paradise and begged for some healing ointment. The Archangel Michael appeared and gave him a branch, supposedly from the Tree of Knowledge.  Seth returned to find his father dead, and planted the branch over his grave.  It grew into a tree which was cut down to build a house for King Solomon, but the trunk could not be accommodated, and so was laid across a stream to serve as a bridge.  On her visit to Solomon, the Queen of Sheba, who had had a vision that the Saviour would one day hang upon this trunk, approached the bridge and knelt to worship it. 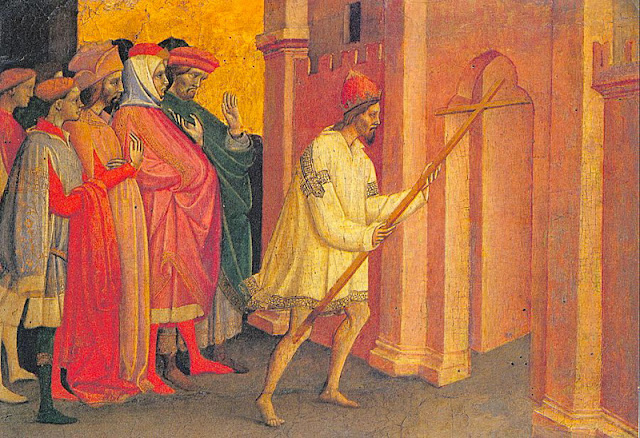 Musee du Louvre, Paris via wikipedia
The story of the True Cross links the Fall of Man to the Redemption. It was painted in the late Middle Ages and early Renaissance, especially in churches that possessed a relic of the Cross, such as Santa Croce, Florence.  Here Agnolo Gaddi painted frescoes of the narrative in the Chancel. 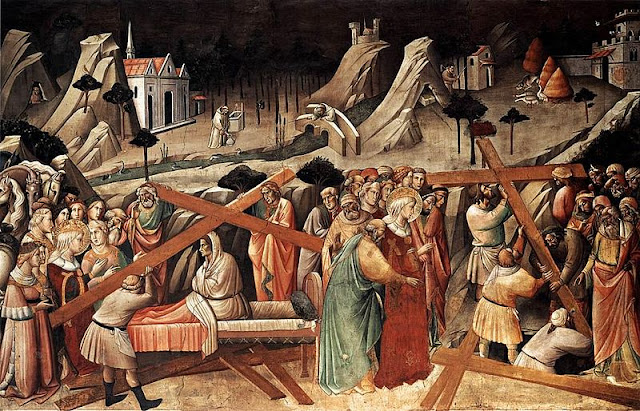 courtesey Web Gallery of Art via wikipedia
Agnolo Gaddi - fresco in Santa Croce, Florence - Discovery of the True Cross
The story provided artists with a cast of celebrities, a variety of settings and a token piece of anti-semitism. Episodes were not necessarily painted in sequence. Piero della Francesca, painted his frescoes of the Legend of the True Cross in the Basilica of San Francesco in Arezzo. He put the battle scenes of Heraclius against the Persians opposite each other in the lowest tier of the cycle to create a balanced decorative scheme.
Below are some of the scenes from Piero della Francesca's frescoe, which fills the whole of the Basilica of San Francesco in Arezzo 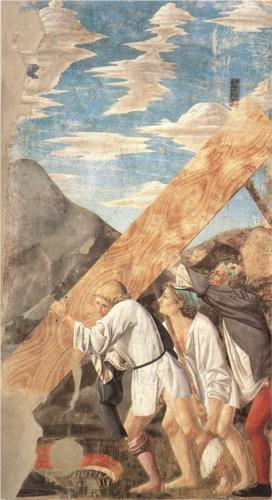 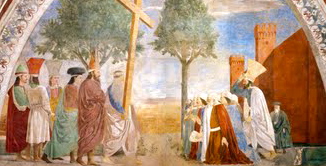 Heraclius restores the cross to Jerusalem 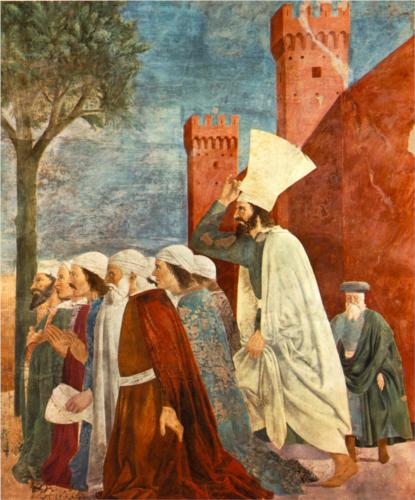 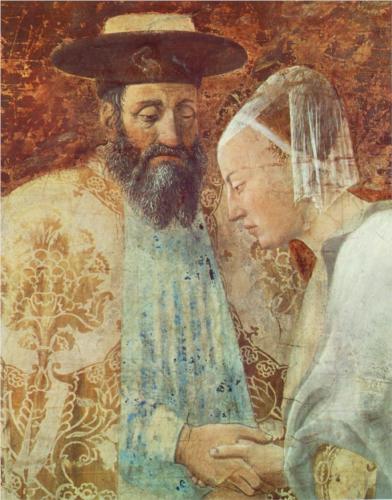 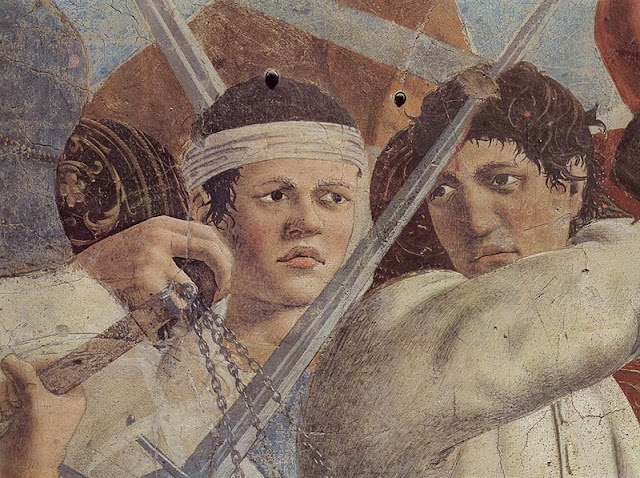 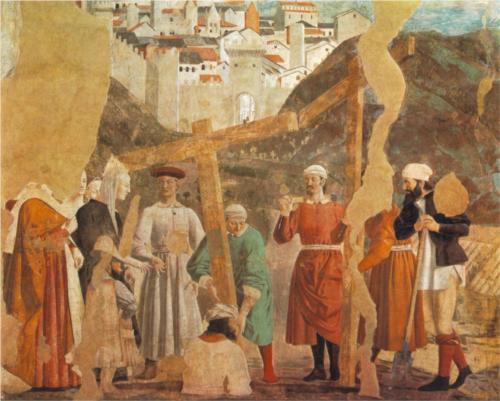 Congratulations if you have made it to the end of this post. The legend of the True Cross is a very complicated story, and although I have tried to simplify it, and hope that the paintings help the narrative, it is a convoluted tale to absorb.
via wikipaintings.
Posted by Rosemary at 10:29